Everything We Know So Far About Alan Wake 2

Marvelous Gamers, unite! Thank you for visiting this amazing new video. We will discuss “Alan Wake 2” today. There has been intense demand for a sequel to Alan Wake, an Xbox 360 exclusive from Remedy Entertainment. After the cliffhanger ending of the original game, we have been waiting a very long time for a new one, but we finally know it is coming.

During The Game Awards 2021, Remedy formally unveiled this future sequel, which was created by Epic Games. That comes after Control: AWE, an expansion that revealed the Remedy shared universe and saw Alan make a triumphant return.

Alan Wake 2 will be made available in 2023 for the PS5, Xbox Series X and S, and PC. It is not entirely shocking that there is not a release window that is more exact.

So, this is all we currently know about Alan Wake 2. 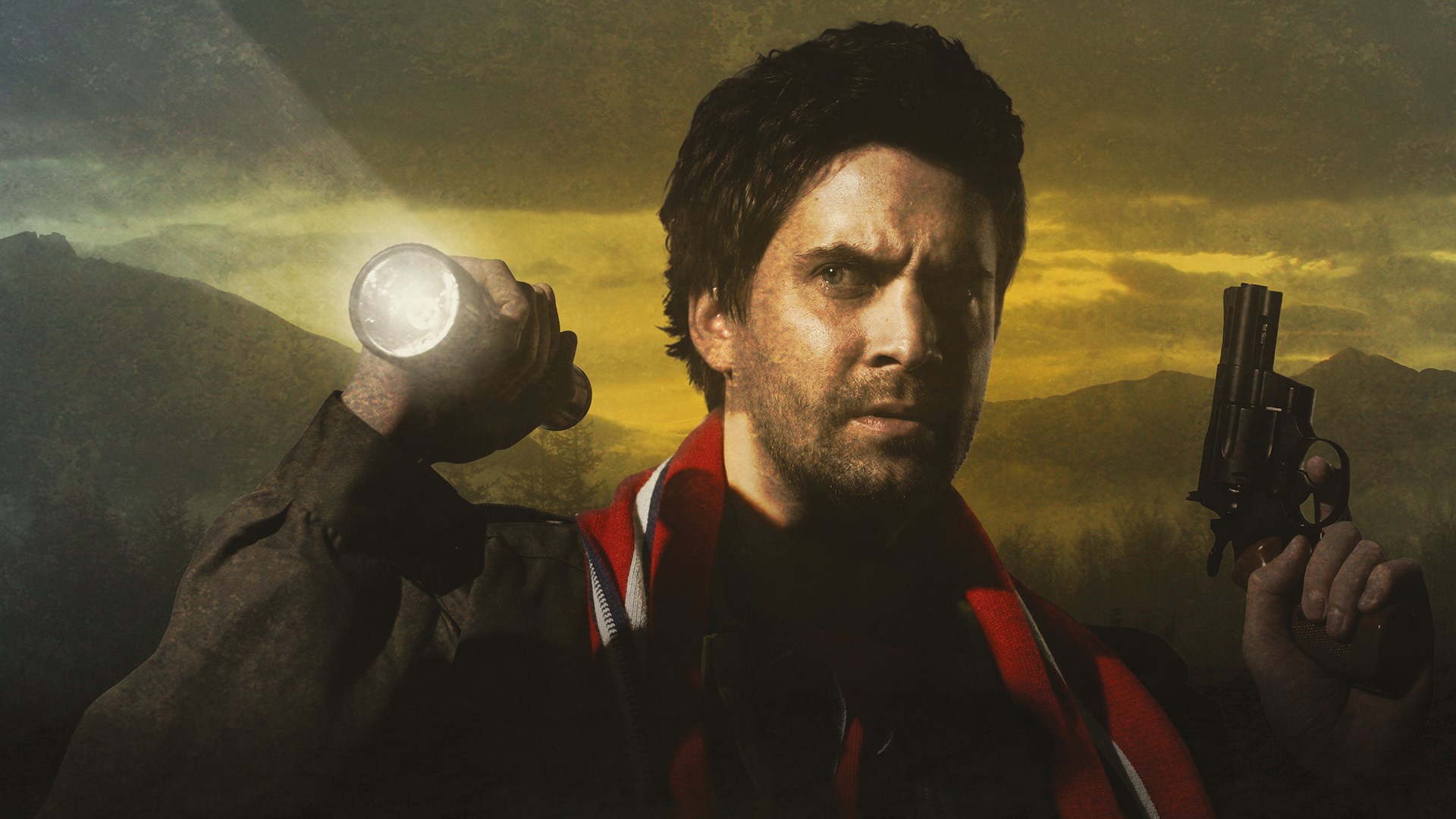 Eleven years have gone since Alan Wake came to Bright Falls, and the awful events that occurred are still vivid in the minds of many. But another journey awaits in Alan Wake 2, and horrific situations await those who play it when it is released.

Remedy Entertainment will not disappoint you since they have been working on Alan Wake 2 for nearly a decade. However, guess what? This time, it has been confirmed that Alan Wake will prowl the streets of The Big Apple.

This implies that everyone should brace themselves for hours of terrifying entertainment as possessed creatures make their way to New York City. The experience, however, will be more lifelike than ever. According to Remedy Entertainment, Alan Wake 2 will have a new graphics engine. As a result, we may anticipate the gameplay and graphics to be borderline realistic.

Alan Wake is defined as a tale that unfolds amid demonic woodlands and otherworldly settings. The game gained popularity among viewers due to its use of a wide range of horror elements. It made the game feel more like a theatrical experience, which is a difficult feat for any developer to do.

I strongly recommend trying it out for those who haven’t played this masterpiece yet. You might play the remastered one for a better experience.

After Remedy Entertainment confirmed the release of Alan Wake 2, we haven’t seen much of this setting, although some concept art has been presented.

We’re intrigued by the plot and gameplay, which appear to have altered exponentially. Images revealed indicate that we will experience NYC in the nighttime rather than throughout the day. This would go well with Alan Wake 2’s science-fiction horror theme. But our concerns extend beyond the surroundings that Alan Wake will investigate.

Remedy Entertainment acknowledged that the sequel is being treated internally as an original project. The follow-up to Alan Wake has been promised to prioritize survival horror above combat and challenges, implying that exploration and uncovering riddles would be more essential than anything else.

But it isn’t always negative because exploring Bright Falls in Alan Wake Remastered felt great. We’re curious whether Remedy Entertainment will bring Alan Wake back to Bright Falls in the sequel, potentially with additional DLC Packs. That would be fantastic since it may pave the way for an unexpected trilogy for Alan Wake.

The Alan Wake 2 teaser only gives us a little taste of what to anticipate from the follow-up. A bleak murder scene in a forest, a wet image of New York City and the (fantasy) Caldera Street subway stop, a flash to what may be Bright Falls, and our title character proclaiming, “This is not the story you want it to be. This story will eat you alive. This story is about a monster and monsters wear many faces.”

The slogan Remedy uses for Alan Wake 2—”Monsters wear many faces”—hints at what may transpire. First, if you’ve completed Control and Alan Wake in their entirety (both with DLC), you would be aware that Alan is still imprisoned in the dark area.

That implies that Mr. Scratch, the duplicate version of Alan Wake made by Cauldron Lake, is still alive. This means that in addition to leaving the dark region, Alan must deal with Mr. Scratch. In the trailer’s jump cut, we see Alan Wake baring his bloody fangs, proving that Mr. Scratch could be the main bad guy in this game. That isn’t Alan Wake (presumably), but rather Mr. Scratch.

What does Alan Wake 2’s designation as a survival horror game by Remedy signify in terms of gameplay in contrast to the first game? Since genres are so unclear, you can receive two different replies if you ask two different people. But because I’m the one talking here, you might very well accept mine.

That’s how I see the leap, even if I think Alan Wake 2 will be scarier than most Resident Evil games. The trailer itself is unsettling. Remedy claims in a blog post that there will also be “psychological horror components”. I’m hoping the gameplay will be much improved and we’ll have enough weaponry. Alan Wake is such an old game.

We urgently want an inventory management system, and Alan ought to be able to run for more than two seconds! Since the original was broken up into episodes, this idiotic writer misplaced his flashlight and guns every time something terrible happened. The graphics prowess Remedy demonstrated in the teaser video has already wowed us. It would be amazing to have that level of detail in the cut scenes, even though it is made clear that it is not the actual gameplay.

We anticipate that light will again play a significant role in the game, just like the developers’ previous titles. The trailer’s depiction of Alan holding a lamp confirms this. In the original game, light provided a safe haven from the main antagonists known as The Taken, who were humans, animals, and even things corrupted by darkness.

The light was also required to burn away the darkness that protected The Taken, allowing you to harm them with your standard weapons. Given that Alan Wake 2 is touted as a survival horror game rather than an action game, we expect some alterations to this feature. Perhaps light will continue to be a limited resource and a signal of safe regions. Still, it will only be utilized to stun or avoid adversaries rather than expose them to assault.

An Intel Core i5-7600K or AMD Ryzen 5 1600X processor, 16GB of RAM, and an Nvidia GeForce GTX 1660/1060 or AMD Radeon RX 580 AMD GPU were the minimum requirements for Control. Remedy recommends an RTX 2060 GPU for Ray Tracing. The finest inexpensive gaming laptops can easily outperform that, and thus if you have an RTX 3060 GPU, you could be able to play Alan Wake 2.

Remedy Entertainment is creating Alan Wake 2 with its own proprietary game engine, Northlight, and they told IGN that it will be “the best-looking, most gorgeous Remedy game ever.” This is a piece of additional intriguing information regarding the game’s development. The company also utilized the engine for several earlier titles, including Control. 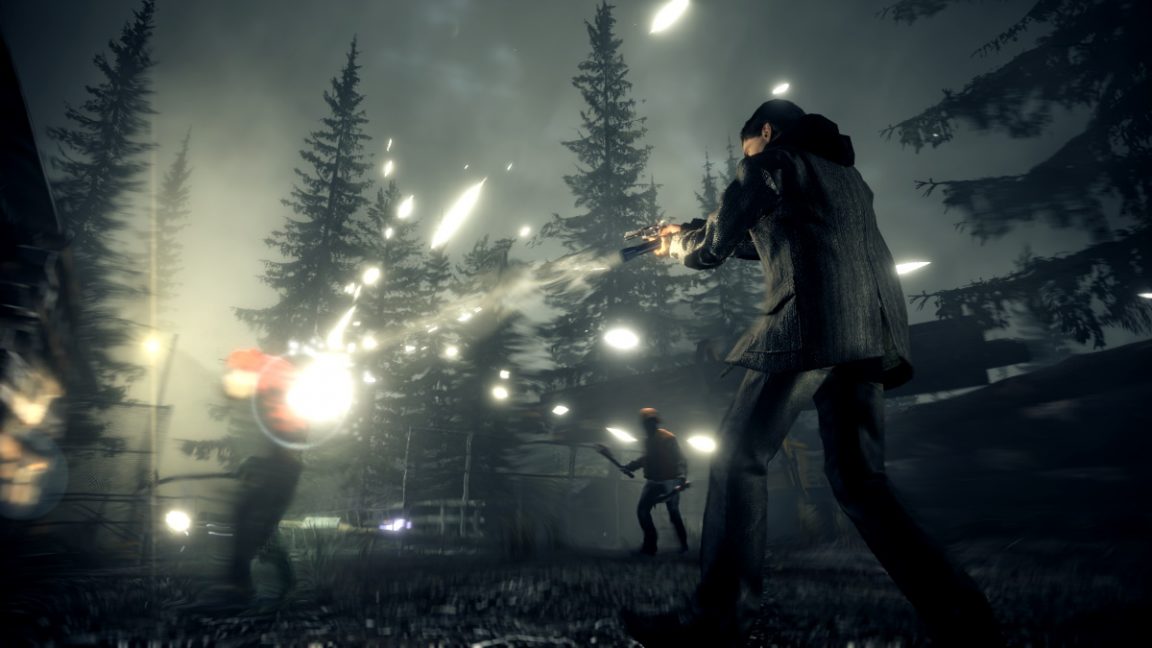 We all are anxiously awaiting Alan Wake 2. Fans have great hopes because it has been ten years since the previous game. Let’s hope Remedy lives up to their expectations. Control undoubtedly made a mark, so the developer has a proven track record. So we can only hope positively for the next game to be a treat to play.

And with a New TV Series on AMC on the Horizon, the future definitely looks bright for the dark “Alan Wake” Franchise.

Remedy intends to provide additional details about Alan Wake 2 next summer. We’ll keep you posted, whether it’s a new trailer, a blog post, or pre-order information.