5 Anime To Watch If You Love Dropkick On My Devil!

Even the most unusual locations may inspire laughter, and some of these sources are as far from PG as is humanly conceivable. We occasionally just want to kick back, unwind, and watch a young witch chop a demon into confetti! I mean, is that really wrong?

Since slapstick is based on pain, it only makes sense to use all of the techniques available to get comedy. It’s not just anime that engages in such obscene exaggerations; Monty Python was also notorious for trying the patience of the audience with a few particularly repulsive routines. Live-action films are required to bear some resemblance to reality, whereas anime is allowed to run wild and disregard morality!

The name Jashin-chan Dropkick, which is based on Yukiwo’s continuing manga, wonderfully captures the humour of the programme. Finding other series to fill the vacuum after Nomad’s anime, which is unlike any other and packed with more blood and guts than a meat processing facility, is not the easiest of things. Although it’s not supposed to be enjoyable to watch, the extremely violent humour never fails to sink to new depths!

Here are five worthwhile anime that are comparable to Jashin-chan Dropkick for fans of its bloody mischief. Gabriel DropOut, which takes a break from all the blood and mayhem, is much milder than Dropkick On My Devil!! but is nonetheless entertaining for lovers of the latter. While Doga Kono’s series unites a variety of demons and angels, Nomad’s anime focuses on a gang of naughty legendary monsters that just so happen to dress like high school ladies.

Gabriel, formerly thought to be the brightest light in heaven, was brought to Earth to get used to people. Unfortunately, the worldly delights of the mortal realm have a strong hold on the soul, who rapidly loses interest in the afterlife and adopts an otaku identity. Gabriel, a selfish and conceited protagonist who quit school to play video games, is ready to bring about the end of the world in order to avoid doing any work.

By portraying angels as nasty while demons are far more ready to follow the laws, Gabriel Dropout defies assumptions. Two devils and one other angel surround Gabriel, and they’re all funny! Despite the less strange humour, many of the sequences involve Gabriel “punishing” one of her companions. 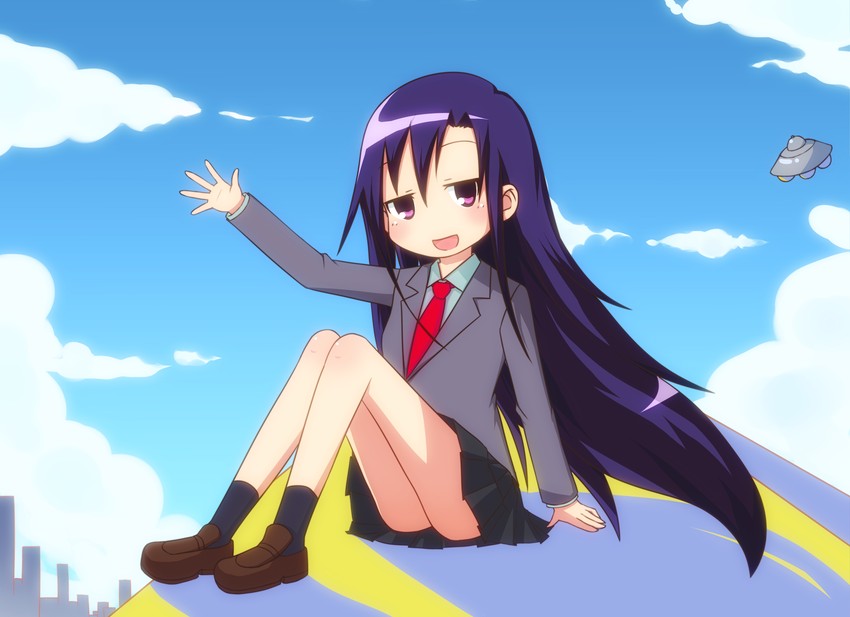 Have you ever wondered what an assassin does with their free time while they’re not working? If the answer is yes, Kill Me Baby is the anime you just must see! J.C. Staff’s comedy centres around Yasuna’s desire to spend time with her closest friend Sonya, who also happens to be a trained murderer, and centres on an unexpected friendship between two high school students.

When it comes to Yasuna and Sonya, it is not actually the case that they like teasing each other as much as Jashin-chan and Yurine Hanazono appear to. The latter introduces the former to a world of agony in every episode, yet the slapstick typically results from a miscommunication or comes from Sonya’s innate cues. Kill Me Baby is about two students who claim to appreciate their connection, but sadly, their personalities are very different, even if the former frequently fails to take a hint and is very good at pushing her best friend’s buttons!

Kill Me Baby, which is divided into a number of vignettes, proceeds quickly and never lingers too long. Similar to Dropkick On My Devil!!, the most of the episodes revolve on Yasuna trying to surprise Sonya, however the naive girl is more motivated by a desire to have the final laugh than to truly damage the assassin.

3. Didn’t I Say To Make My Powers Average In The Next Life?! 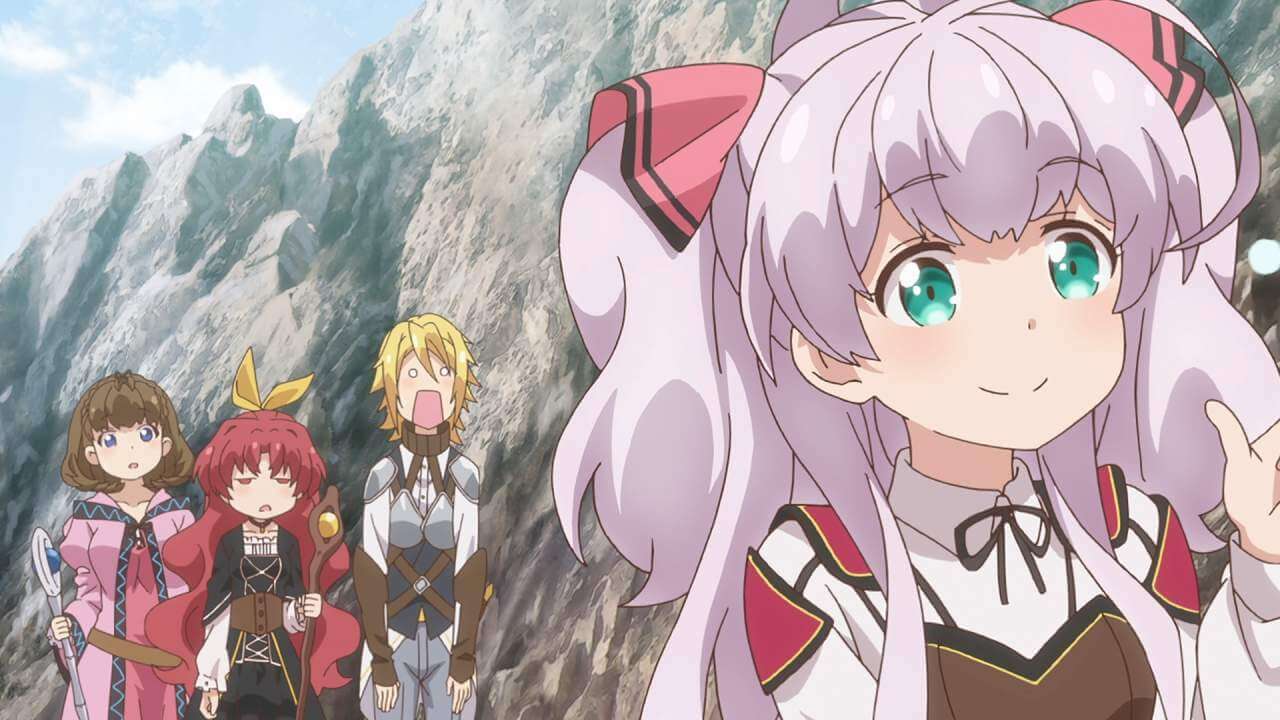 Misato Kurihara, a brilliant young woman who struggled to establish friends because of her extraordinary talents, is killed when she is ran over while defending a small child. When given the option to reincarnate into a fantastical realm, Misato requests that she just have an average rebirth.

Her physical and magical abilities are 6,800 times stronger than those of the average person in this new world, she learns after regaining her memory of her previous existence. In this new world, “average” takes into account the power of both the most powerful and the least powerful magical creatures. The magic on this planet is influenced by nanomachines developed by a more evolved society; unfortunately, the project was eventually shelved and civilization has since regressed and stagnated.

At the age of eight, after being reborn as the noble Adele von Ascham, her life takes a dramatic turn when her cunning father murders her mother and grandfather. He then weds his mistress and starts favouring his other daughter. At the elite Eckland Academy, Adele makes her first friends in both of her lives by the time she is 10 years old.

But when she pretends to be the mortal vessel of a god and uses her powerful magical skills to protect a child from the royal princess’ guards, the attention that results causes her to leave to another realm. Adele does her hardest to lead a regular life while attending Hunter’s Prep School and establishing a team with her classmates Mavis, Reina, and Pauline, but it is not always easy. 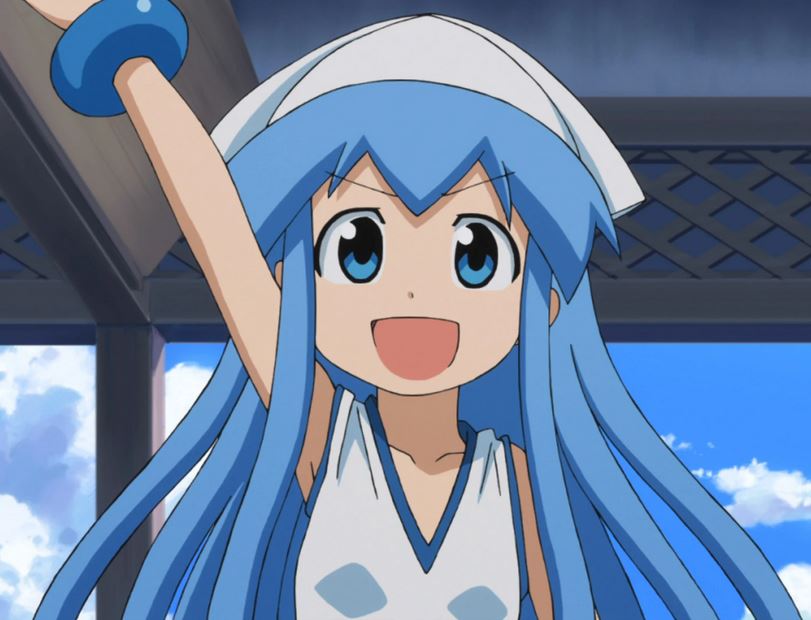 Young humanoid female named Squid Girl is shown as having blue octopus tentacles for hair. She wants to rule over everyone as retribution for the pollution of the water. However, she was compelled to work as a waiter to pay for the damages after damaging Lemon (which she intended to use as a basis).

She has several squid-like skills, such as the capacity to stretch her tentacles, regenerate lost ones, squirt ink from her mouth, light in the dark like a firefly squid, and swim and breathe underwater. She also possesses bracelets that give her the ability to transfer her weight. S2 Ep. 2c It is subsequently discovered that what first looks to be her white squid-shaped skullcap is actually a portion of her head, hence removing her “cap” might have grave repercussions.

She was first unaware of the fact that the two fins on her “cap” could move like real squid fins. Her favourite meal is shrimp, and she is so terrified of squids’ natural predators like sharks and killer whales that she can’t even look at them swimming. She is a quick student who can quickly acquire complicated subjects like arithmetic and other languages despite initially being immature and frequently getting herself into trouble. 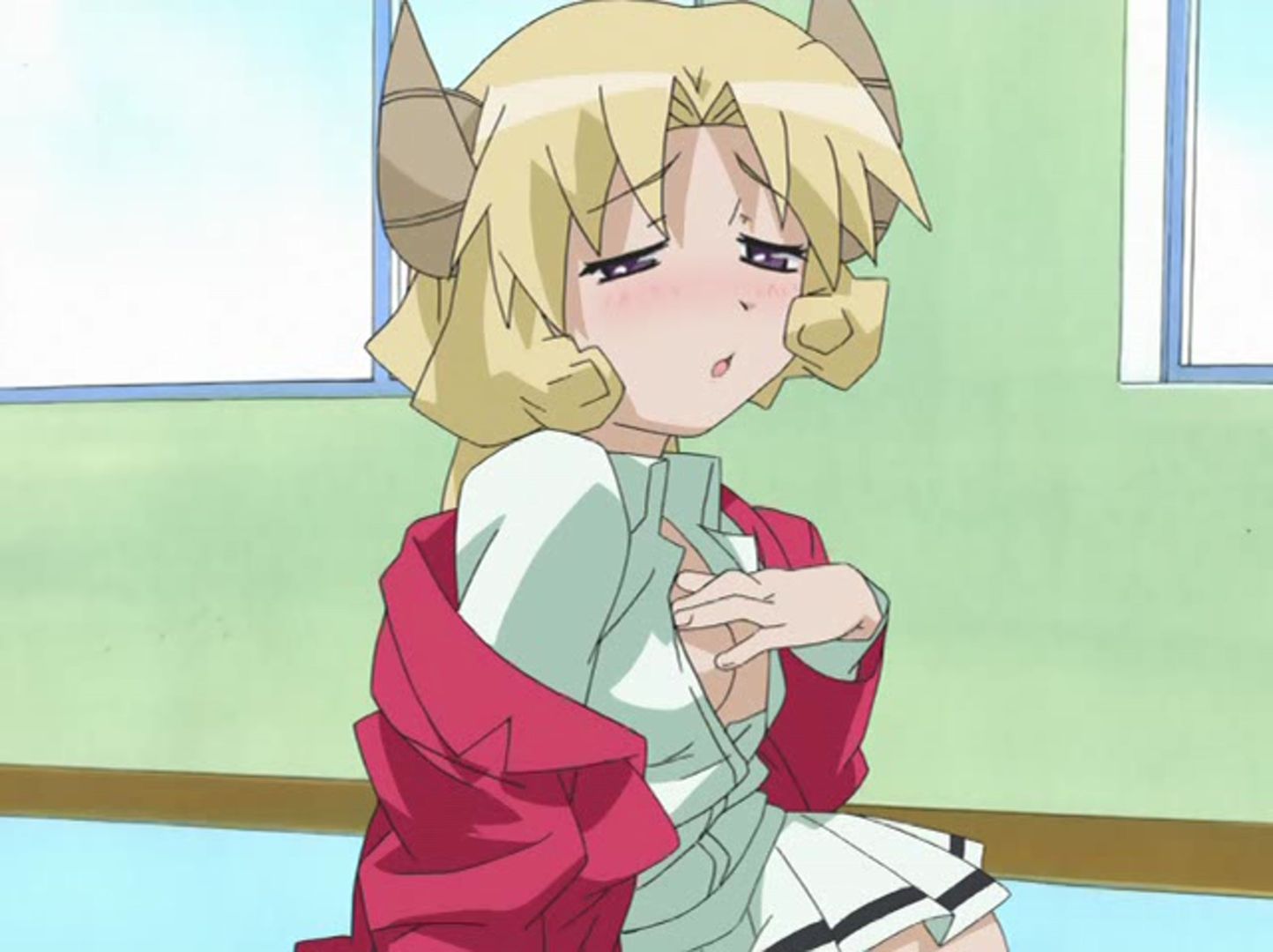 Bokusatsu Tenshi Dokuro-chan must be the first anime that springs to mind when thinking about macabre comedy in which one character beats another one to a bloody pulp. Published in 2005, it is plausible to infer that the majority of these shows exist in Nomad’s series’ wake. While slapstick has always played a significant part in comic anime, Bokusatsu Tenshi Dokuro-chan chose to push its audience’s tolerance levels to the absolute maximum.

Sakura Kusakabe may appear to be a junior high school student, but he is a budding criminal! Sakura will create a technique in the far future that will keep women from going through puberty, creating an everlasting loli population. Heaven sends an angel to kill Sakura in order to prevent this, but Dokuro Mitsukai chooses a different strategy: she will irritate the girl until she submits. Dokuro specifically intends to continuously beat Sakura until he dies, then revive him and carry out the same process again.

The cast of Bokusatsu Tenshi Dokuro-chan is not actually intended to get along, much like Dropkick On My Devil!! Sakura is going to become the most successful child molester in history, whereas Dokuro is a violent jerk and a bit of a moron. It would be an understatement to call the gore unpleasant because Sakura can be seen feeling every strike from Dokuro’s bat. Get ready for a voyage that will be tremendously choppy!