Both the worst and nicest things that have ever occurred to you can result from being stuck in your favourite video game. It appears as though it may be a happy affair if anime is any indication of how to handle such a bizarre circumstance.

An excellent example of this very particular kind of anime is Log Horizon. It’s a good thing that this programme isn’t the only one of its kind for fans. There are several anime characters that have either been introduced to the realm of their video games or to completely other universes. Just a few examples are Sword Art Online, Overlord, and Accel World. We have a gift for you if you’re eager to go on an adventurous voyage and explore brand-new realms. These five anime series, like Log Horizon, feature protagonists who embark on journeys across fictional realms or computer game environments. 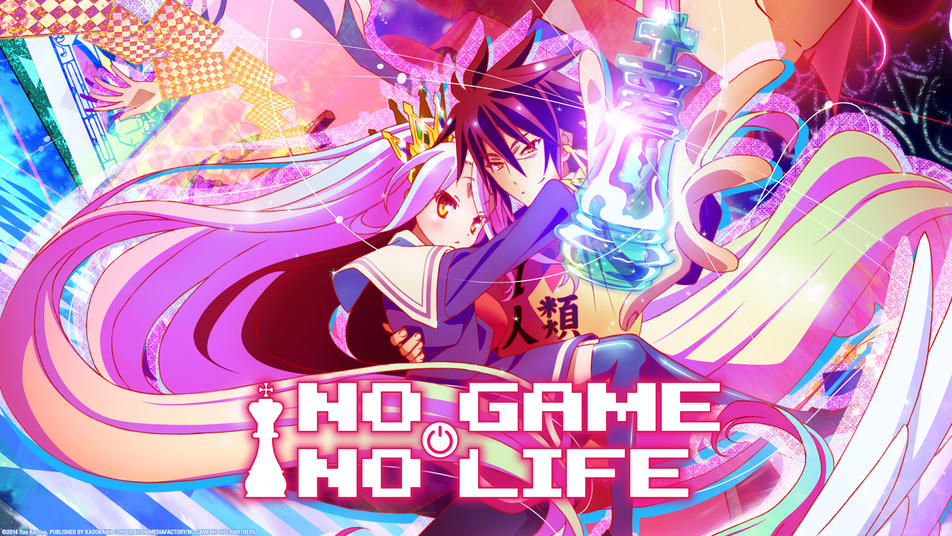 Two gaming siblings named Sora and Shiro are well-known for decimating opponents while using the username Blank. They even try to explore their own reality like it’s a game. This is why they don’t freak out at all when Tet, the God of Games, calls them to Disboard. Instead, they come up with a grand scheme to overthrow Tet and establish their own independent government over Disboard. They are really adept at seeing the world as a game, after all. The characters in each of these anime are transported to a foreign universe. Hence they both fall under the same category.

Sora and Shiro, two NEET siblings, have discovered life to be very monotonous. When they discover that even their passion no longer presents a genuine challenge, gaming has become their only source of comfort. The two are a little perplexed when a mystery e-mail with a chess game invitation emerges. They have no idea that Tet, the God of Games, is waiting on the other end to welcome them to a far larger game. Shiro and Sora appear to have finally discovered their destiny after being transported to a new planet where all disputes are settled by video games—to beat Tet and take over as the new gods of this universe. 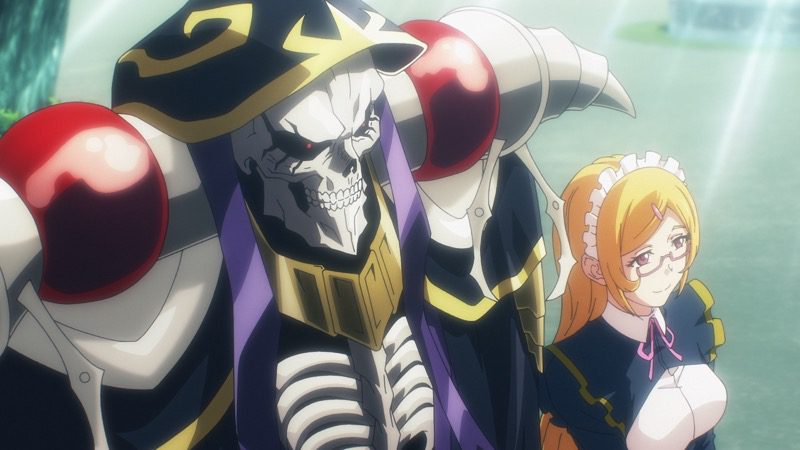 Momonga, a seasoned participant in the game Yggdrasil, decides not to log out just before the game is set to be shut down for good. He is perplexed to discover that he is still within Yggdrasil and that in addition, the NPCs are acting in a manner consistent with that of actual people. Momonga orders his disciples to look for the reason behind this anomaly. Despite being a strong wizard and the leader of a dark guild, he prefers to live out his days on Earth. This game features a protagonist who is locked inside a game, similar to Log Horizon.

Yggdrasil, a well-liked virtual reality game, is finally going down. Momonga, who has always been a devoted player, has chosen to spend the game’s closing hours in his guild’s keep; even though all the members have left, he has remained true to its reputation.

The game should be terminated permanently when the clock strikes midnight. The dock, though, seems to have vanished! In fact, the outer world appears to have completely changed, and the NPCs appear to have come to life. Momonga is currently imprisoned in a strange new universe that appears to have features with his favourite game while also including characters who weren’t always alive. There’s a reason why this series is so well-liked: it’s great. This is a great addition to your watch list if you’re looking for a mystery with some humour and video game aspects. 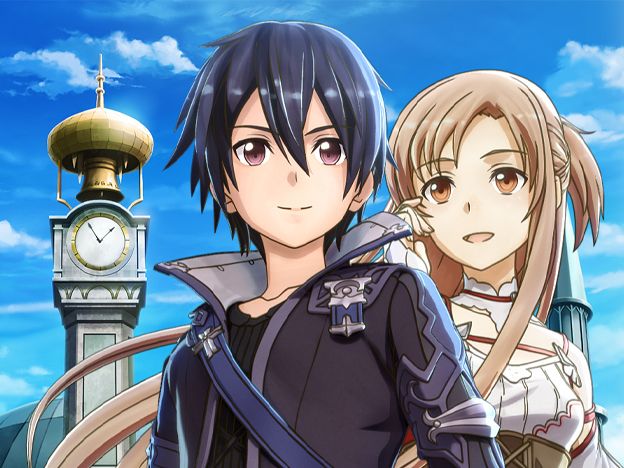 There is no way that someone who has been an avid anime viewer could not be familiar with Sword Art Online. One of the most well-liked anime series with a video game theme is this one. By developing “NerveGear,” which enables the user to feel the virtual environment as though they were there, video gaming gear has advanced the situation. One of the numerous users that join into Sword Art Online for the game’s latest release is Kazuto Kirigaya, also known online as Kirito.

Players start to suddenly realise that they can’t log out. You will actually perish if you attempt to remove your gear or are killed in the game. The players must now figure out how to get away. This well-known anime has a lot to do with becoming imprisoned in a computer game environment and discovering why, much to Log Horizon. The enormous demon army that the Demon Lord Satan is leading towards Ente Isla terrorises the population. However, Emilia, the lead character, thwarts Satan’s goals when he starts this horrifying campaign to conquer the continent, forcing him to leave via a dimensional portal and return to the human world. The devil, who is trapped in modern-day Tokyo with his loyal general Alsiel, promises to come back and complete the enslavement of Ente Isla if they can only figure out how to get there.

In order to survive in this world without magic, Satan assumes the identity of Sadao Maou and begins working at a neighboring McDonald’s. He rapidly realizes that conquering Ente Isla is simply insufficient, and he resolves to climb the corporate ladder and rule Earth, one satisfied customer at a time!

Hataraku Maou-sama! Gives a humorous look at the most mundane aspects of daily life, whether it is part-time work, household chores, or simply striving to pay the rent on time. It does it from the perspective of a powerless demon lord. 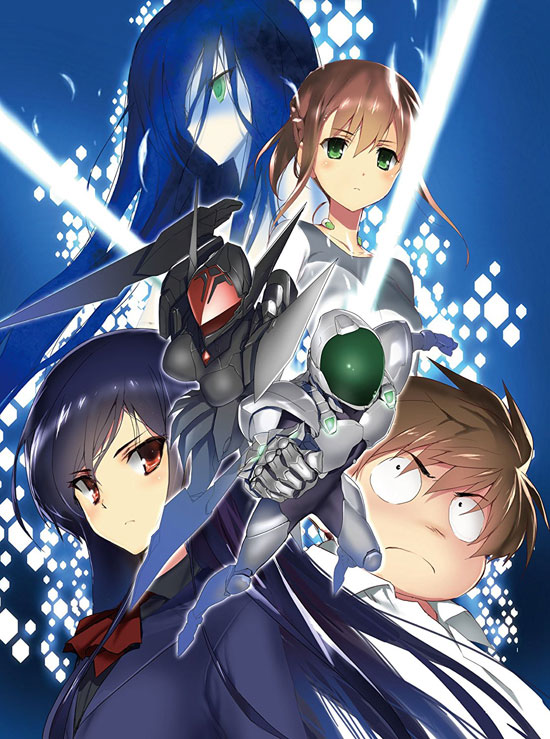 Haruyuki Arita has consistently been the bullied and overweight student in his class. Video games were his sole means of escape since they allowed him to be whatever he wanted. He is introduced to “Brain Burst,” a software that enables users to accelerate their brain waves until time appears to have stopped, after his scores cause the attractive vice president, Kuroyukihime, to fall from grace. You have to win duels with other players to get additional points to accelerate. The two are hoping to meet Brain Burst’s author together. If you haven’t already, put this anime next on your list because it’s a perfect bonus to watch following any programme with a video game theme.

In the year 2046, where Accel World is set, augmented and virtual reality are pervasive thanks to commonly used Neuro Linker computers, which resemble collars and can wirelessly connect to users’ brains to quickly transfer them into VR and AR. With this backdrop, we are immediately plunged into “the world is a game” dread. The protagonist of the book is Arita Haruyuki, a comically little and fat middle schooler who is bullied and lacks confidence but is an expert in games—at least VR racketball.

He unexpectedly receives a call from the popular and alluring vice-president of the student council, who introduces him to a top-secret VR fighting game called Brain Burst that enables players to jump outside of their bodies in the real world by accelerating their brain waves to the point where time appears to stand still. If a player runs out of points, this power is lost.

Even while their overall vibes may not be all that similar, Accel World does tackle some of the same topics as Deca-Dence. Such folks should appreciate this, especially if they also like some very anime-inspired school romance subplots. Also shown are several incredibly lovely Haruyuki faces.