10 Anime To Watch If You Love Tokyo Revengers

The narrative of unlucky Takemichi Hanagaki is told in Tokyo Revengers, one of the most popular modern anime adaptations. Takemichi is pushed off a railway platform and feels he is about to die after learning of the death of his previous girlfriend, Hinata Tachibana, at the hands of the Tokyo Manji Gang.

Instead, Takemichi will return to high school and attempt to change history in the hopes of saving his girlfriend in the future. Tokyo Revengers has been a major hit so far, thanks to outstanding animation and a tale that merges gangs, high school, and time travel. Here are some more series that include some similar components.

1. Gangs And Psychic Powers Collide In A Post-Apocalyptic Neo-Tokyo In Akira 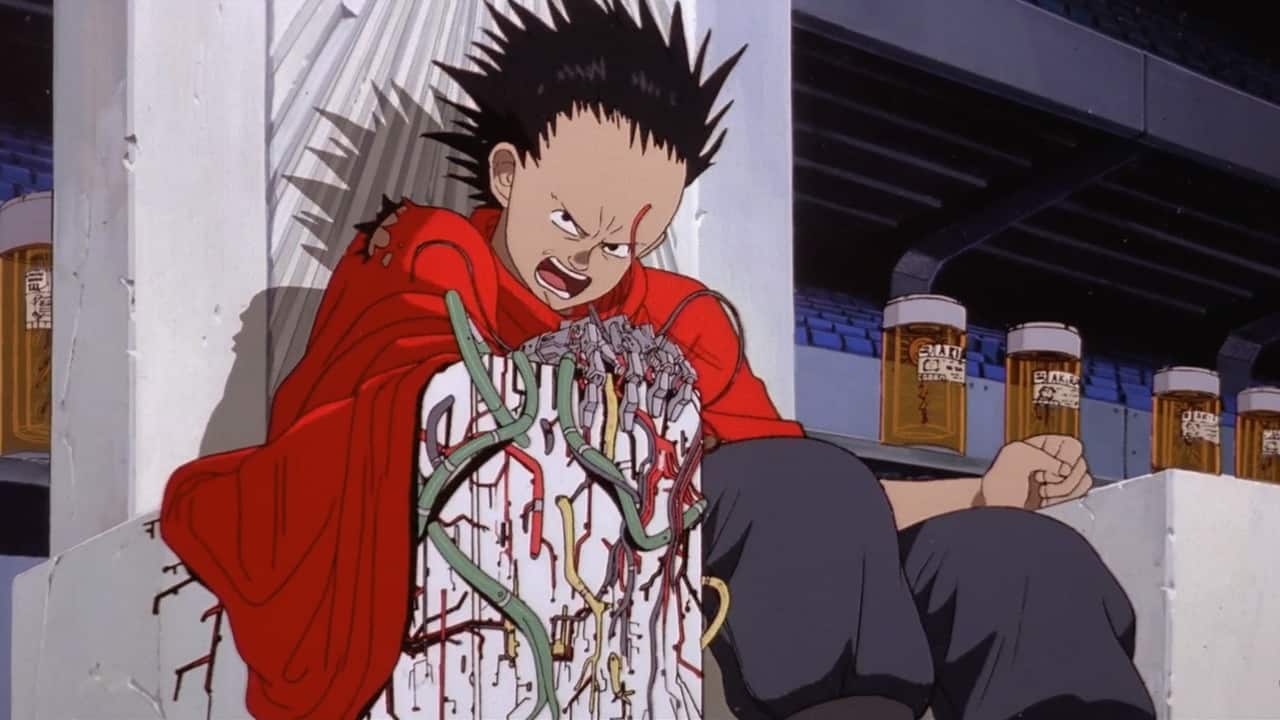 In Akira, Neo-Tokyo is a post-apocalyptic future city where gangs dominate the streets (the 1988 film set the future in 2019). The plot revolves around Shtar Kaneda, the leader of the Capsules biker gang, and Tetsuo Shima, a childhood buddy. Tetsuo gains telekinesis after a motorcycle accident. He’s transported to a top-secret government facility, where they learn that his skills are tied to the 1988 Tokyo earthquake. The anime film was a success, and it is often credited with launching the second wave of anime.

2. The American-Italian Mafia And Alchemy Mingle In Baccano! 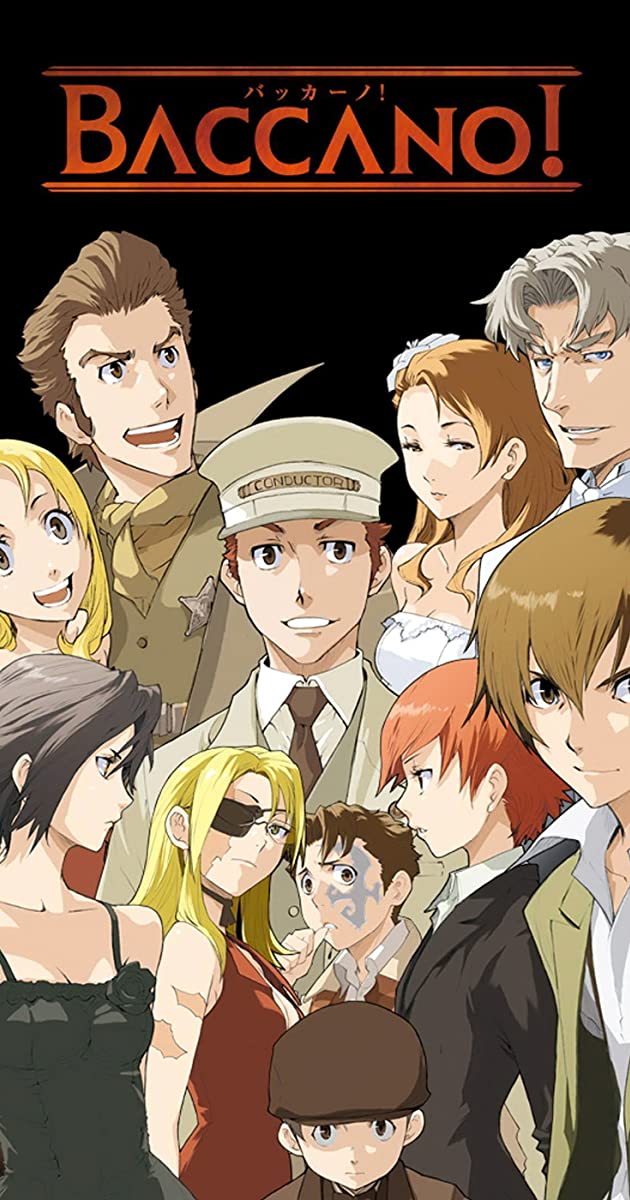 Baccano! is set in the United States in the 1930s, near the conclusion of the Prohibition era, and features an American-Italian mafia and alchemy. Mafia thugs team up with alchemists to manufacture an elixir of immortality, sparking a Mafia feud between the Gandor and Runorata families. The events of the anime take place between 1930 and 1932, however, the timeline is not linear. A psychopathic assassin and hijackers are among the ensemble of characters, and much of the action takes place on the Flying Pussyfoot, a transcontinental train.

3. Empowered Contractors Carry Out The Work Of The Ruthless Syndicate In Darker Than Black Darker Than Black is set in the near future. Heaven’s Gate appeared in South America ten years before Hell’s Gate appeared in Japan, each defying the laws of physics. Contractors arrived from the Gates, which are former humans who have been given supernatural abilities. The Contractors carry out their jobs for the mysterious Syndicate with ruthlessness, but there’s a scheme at its heart that might kill them all, and Section 4 Chief Misaki Kirihara could be the one to unearth it. 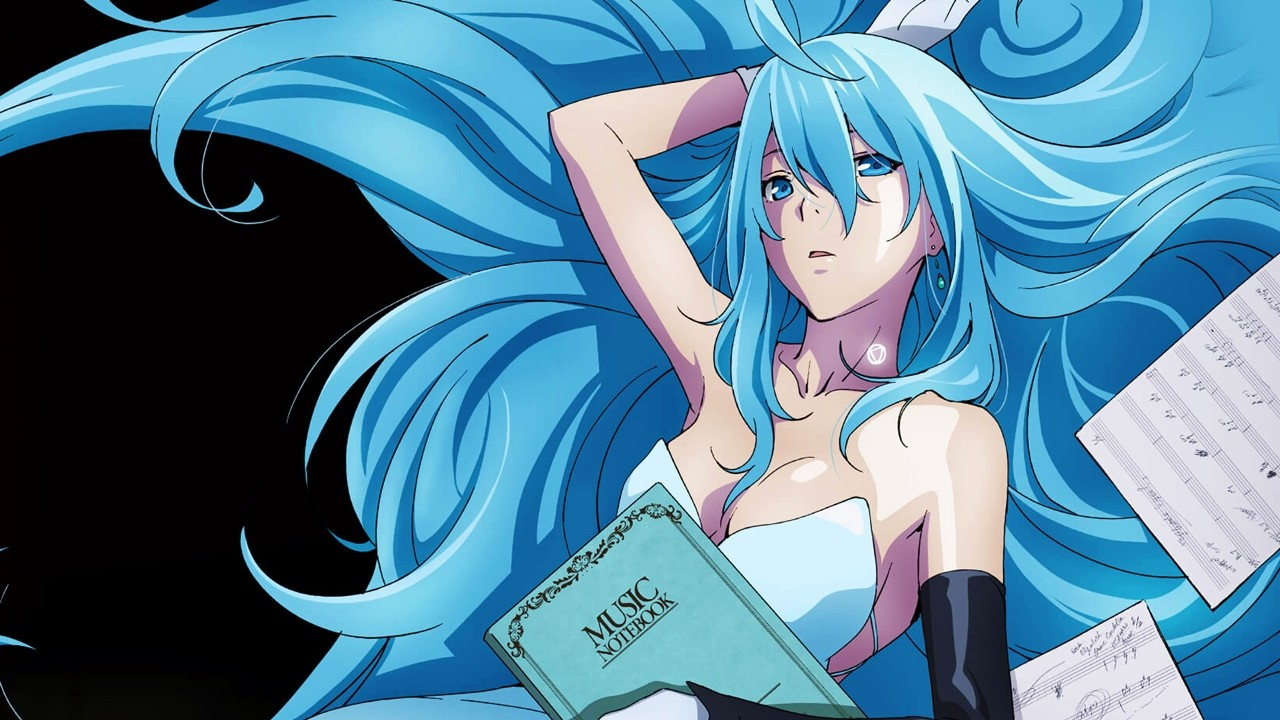 The year is 2056 in Vivy: Fluorite Eye’s Song and artificial intelligence (AI) has advanced fast at all levels of society. AI creatures with android bodies, such as Vivy, are rather widespread. Vivy believes her goal is to sing and make people happy, but she meets Matsumoto, an android who claims he’s returned from the future to avoid a conflict between humans and AIs, and he urgently needs Vivy’s assistance. Matsumoto and Vivy go on a 100-year adventure to preserve the world.

5. Satoru Fujinuma travels back in time to save his mother and childhood friends in Erased 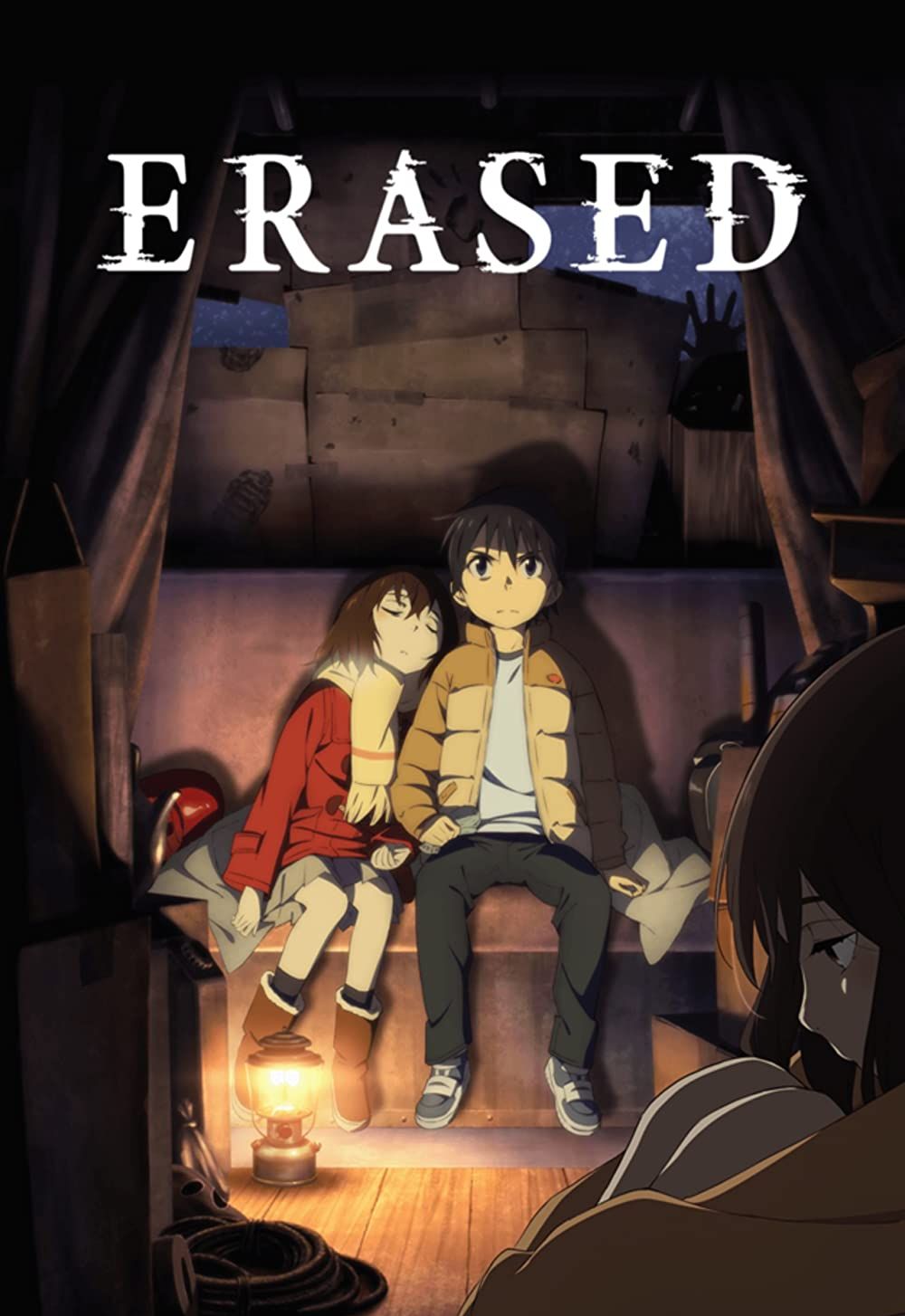 Satoru Fujinuma, the main character in Erased, is a pizza deliveryman with the power of Revival who lives in Chiba. Revival permits him to travel back in time to moments before a life-threatening catastrophe – but it’s a closely guarded secret that he’s never been able to master.

When Satoru discovers his mother has been murdered, he becomes the accused, which sets off Revival. It transports him 11 years back in time in order for him to save his mother. However, while he’s there, he chooses to investigate the kidnapping of his three boyhood friends, one of whom is the girl he loves.

6. In Steins;Gate, Changing the Past Has Consequences 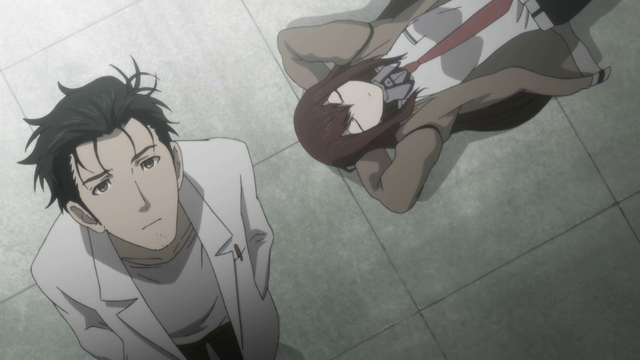 In Steins;Gate, Rintaro Okabe, a self-described mad scientist, and his pals embark on an expedition in 2010. They figure out a means to send text messages to the past that could alter the present. Another researcher develops a microwave-based gadget that can transfer memories back in time. Their actions attract the attention of a malevolent group eager to obtain the technology, and Okabe travels back in time several times to save his companion.

7. Takamiya Naho receives letters from her future self in the hopes of rewriting the past in orange 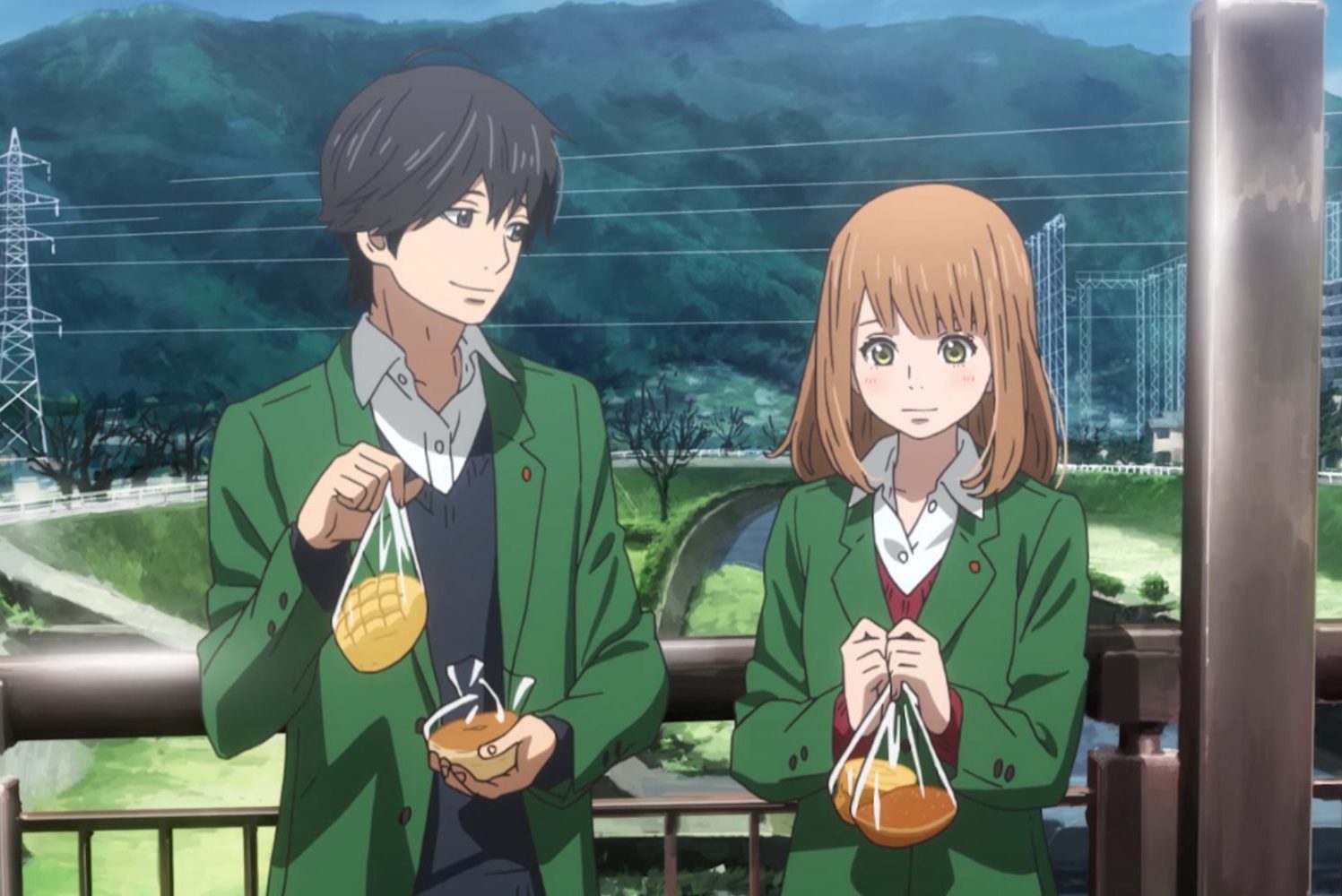 Takamiya Naho of Orange receives a letter from herself ten years in the future one day. While she initially misinterprets the letter as a prank, everything in it begins to come true. Naho is full of regrets in the future, at the age of 26, and she’s writing to her 16-year-old self in the hopes of avoiding some of the mistakes she now has to live with. Naho also warns her younger self to keep an eye out for Kakeru Naruse, a fresh transfer student who will be gone soon.

8. Subaru Natsuki In Re:Zero: Starting Life in Another World, Dies Several Times To Reset Time And Save The Girl Natsuki Subaru’s time-traveling ability in Re:Zero is dubbed Return by Death, which pretty much sums up its capabilities. He only realises it after being transported to another universe while driving to the convenience shop.

Natsuki is promptly reset to a time before his death after being attacked and killed. He realises he has the power after several repetitions, but by that time, he’s grown involved with a mysterious girl with silver hair. Is Natsuki able to go back in time and influence events in such a way as to save her?

9. In Cowboy Bebop, bounty hunters and gangs clash in a wild future 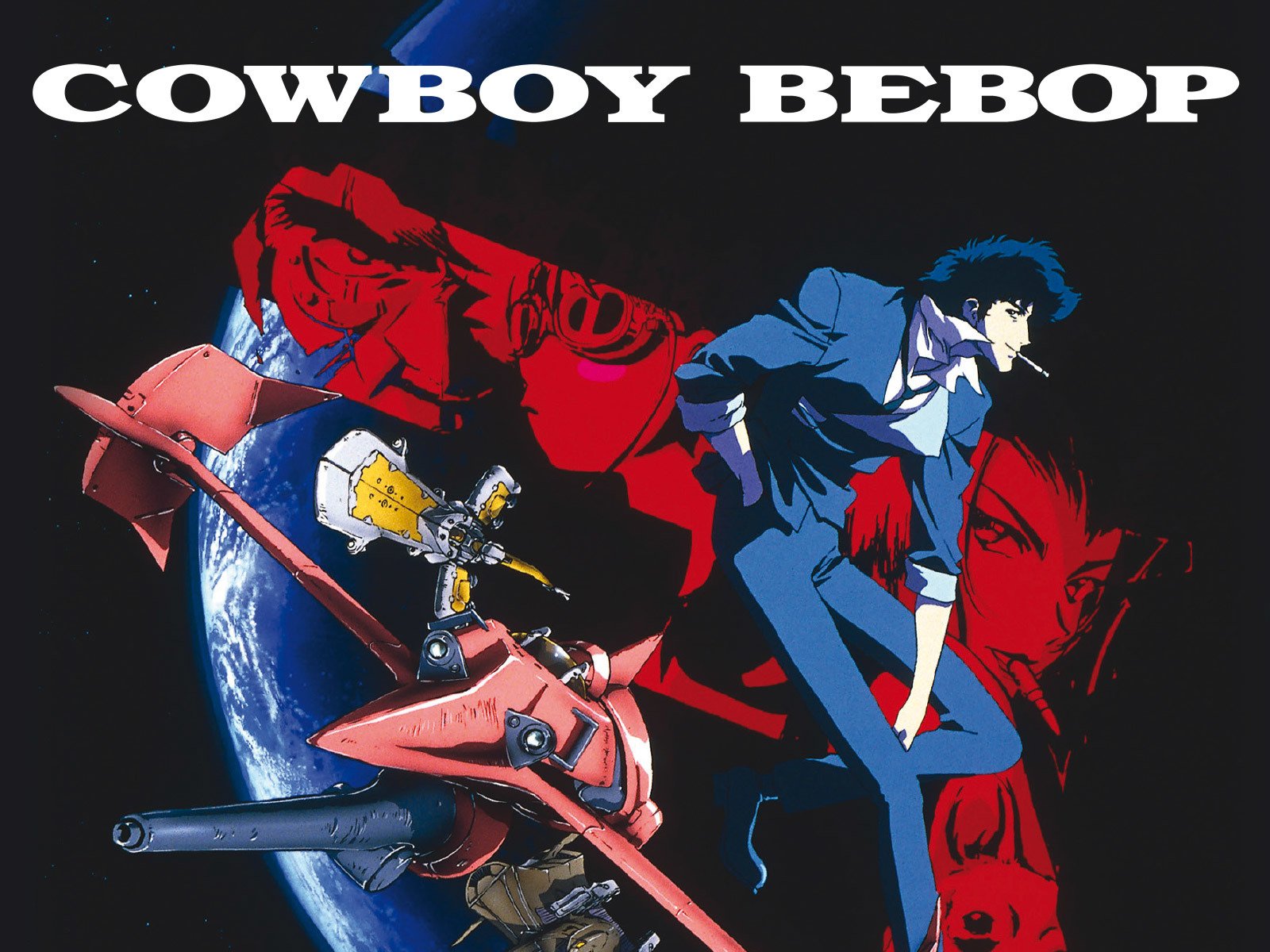 Cowboy Bebop is an anime set in 2071, about a half-century after an accident rendered the world virtually uninhabitable. Cowboys are bounty hunters that track down criminals all throughout the solar system and bring them to justice. Spike Spiegel, a former hitman, and his wacky team bring in criminals and run into financial difficulties in this extremely successful series. The animosity between Spike and members of his former gang, the Red Dragons, and their eventual clash is a key aspect of the tale.

10. In Charlotte, a comet bestows abilities, including time travel 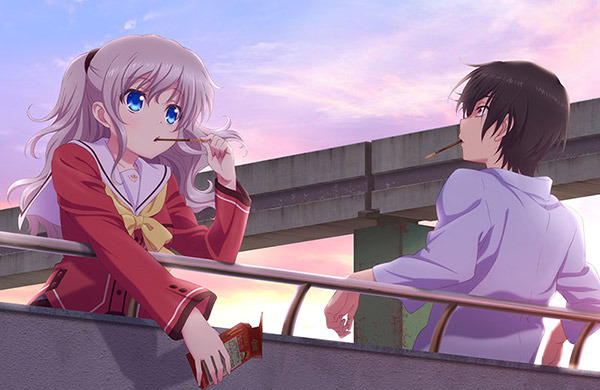 The comet Charlotte passes by the Earth one time every 75 years in Charlotte’s other universe, spreading dust that causes a few children to develop abilities as they approach adolescence. Yuu Otosaka has the ability to possess others for five seconds at a time. Yuu winds up at a school for other empowered youngsters after discovering his potential. He eventually recalls buried memories of his brother, who has the ability to travel through time and has attempted to build a vaccine. Yuu discovers he can absorb other people’s abilities and travels back in time to save his friend.