Our physical selves give our lives form and meaning. Without our body components, we would never be able to carry out any of our verbal commitments. But what happens when someone loses control of their bodily functions and grows a mind of their own?

This film, which was directed by Eric Red, tells the tale of a guy (Jeff Fahey), who, following an arm transplant, begins to have disturbing dreams.

As the film goes on, the spectator is exposed to horrific killings, and the suspense around these body parts grows until the big reveal. Body Parts is a fantastic horror movie that manages to keep the audience guessing right up to the very end.

A medical miracle has become a murderous nightmare – Body Parts (1991) 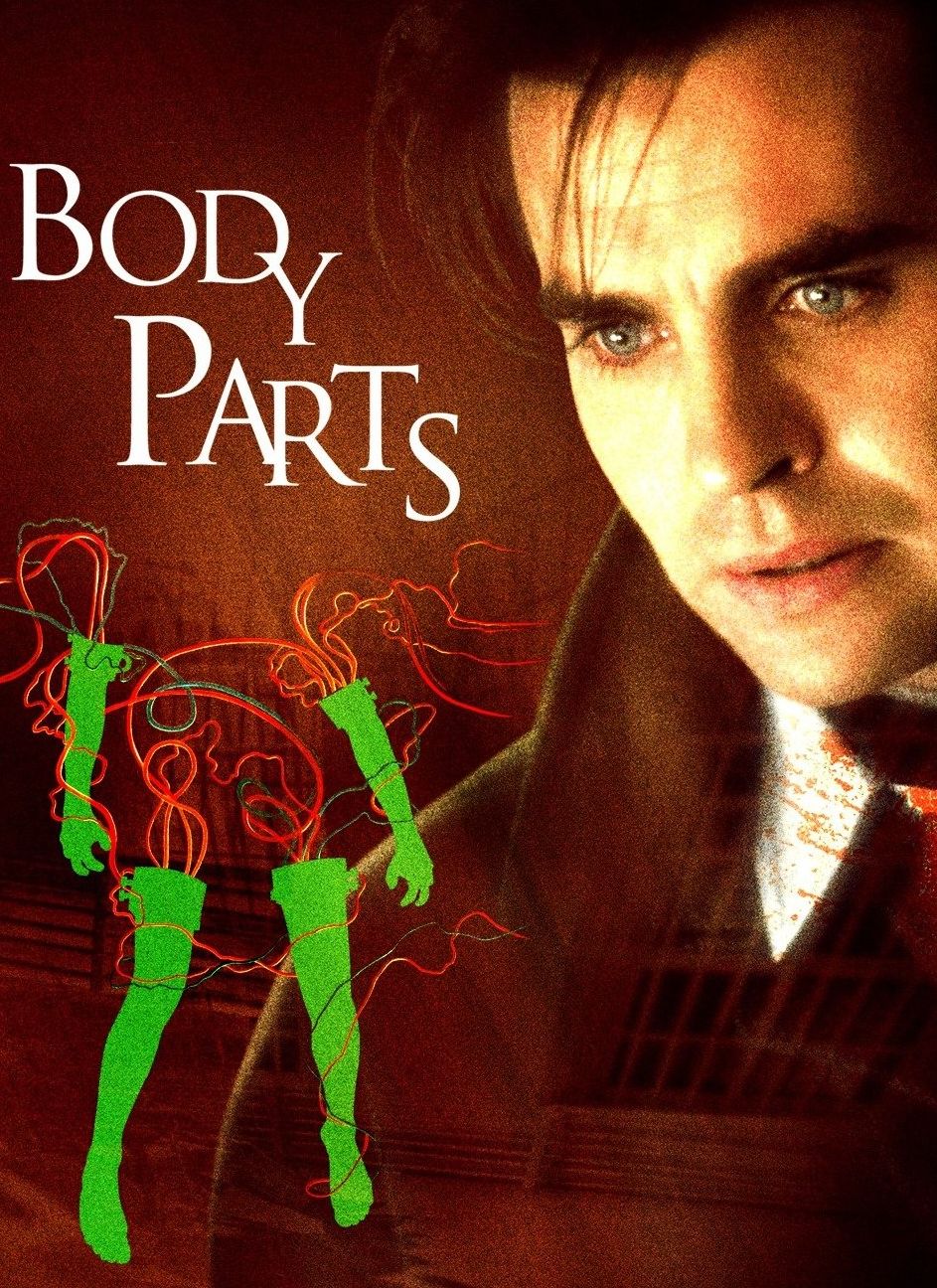 The movie opens with a day in the life of Bill Chrushank, who works as a criminal psychologist. He works with criminals on a regular basis, and mainly counsels convicted killers. However, his daily routine gets abruptly interrupted when he gets into a road accident while driving to work. As he is rushed to the hospital, we learn that he has survived the crash and is stable except for his arm. The doctor, Agatha Webb, consoles his wife and talks her into signing a waiver for an experimental transplant surgery for his arm. The movie was loosely inspired by a novel named ‘Choice Cuts’ that was released in 1968.

As Bill regains consciousness, he tries to adapt to the transplanted arm. After a few days of recovery, Bill gets back to his work as usual. This does not last for long, as he begins to gets flashes of graphic murders, from his own point of view. He starts feeling as if he was the one doing the deeds; and he experiences difficulties with his new arm. One day, a patient informs him that the mark on his transplanted arm is a tattoo that is exclusively given to prisoners slated for the death row.

Convinced that he was given a real human’s arm, Bill confides in his wife who doubts his theory. However, Bill is determined to find the truth and he asks an acquaintance to run a check on his new fingerprints. As the results come in, Bill is astonished to learn that the arm belongs to Charley Fletcher, a serial killer who was found guilty of murdering 20 people. Interestingly, the movie released just a few months after a serial killer, Jeffrey Dahmer was caught and convicted of the gruesome murders of 17 men. Although it was just an unfortunate coincidence, this greatly impacted the movie’s success as all advertisements and promotions had to be canceled.

Bill returns to the hospital and confronts Dr. Webb where he discovers that two additional patients were given Charley’s body parts. He first visits Remo, who received the other arm. Bill discovers that Remo was a failed artist, who is now able to make a modest income through the paintings he is painting with the transplanted arm. His paintings depict the killings, and it appears that Remo sees the same murderous visions as he does. Remo, on the other hand, is only concerned with his newly gained fortune and dismisses Bill.

He then visits Mark Draper, who received both the killer’s legs. Mark does not care about the visions, and he tells Bill that he is grateful for just being able to move around and have new legs. Noticing that the other two do not have the same violent tendencies as himself, Bill gets even more determined to get rid of the arm.

As time passes, Bill’s visions keep getting worse and his control over the arm keeps dwindling. Returning to Dr. Webb, he asks her to get rid of the arm. She refuses to do so, and believes that Bill’s problem is unimportant in comparison to the success of her experiment. He meets the other patients for a drink, where a drunk man approaches him. The man seems to know Bill from the news, and asks to see his new arm.

Bill loses his cool, and attacks the man. Ending up in a bar fight, he fights numerous men on his own and almost fatally injures one of them. Bill does not hesitate to use the strength from the killer’s arm, and does not back away from a fight. It appears that the arm slowly takes over Bill’s self-restraint and acts of its own accord.

As the trio leaves the bar, things take a shocking turn when Mark’s legs unexpectedly stop working as he arrives home. Terrified, he calls Bill for help, and it seems that he is fighting someone off while staying on the phone. Bill rushes to Mark’s apartment to check up on him where he discovers him dead, with his legs cut off. Bill contacts the authorities and requests them to check up on Remo, as he could be the next victim.

Meanwhile, Charley locates Remo and shows up at his apartment. It appears that the serial killer found a different body and managed to transplant his head on it. With a new body, he is now relocating all his limbs. He rips off his arm from Remo’s body, and pushes him out the window. Finally, he sets off to find Bill and get his right hand back. The exchange of body parts is reminiscent of “Mansion of the Doomed”[1976], wherein the lead character replaces her eyeballs with those of her victims.

It so happens that Charley locates Bill in the police car, and he makes his way through the traffic in his own car. Charley brakes next to their car, and manages to bind himself with Bill’s hand using a handcuff. As the cars start to move, Charley accelerates and the detective frantically tries to match the pace in the fear that Bill’s arm may be severed. As the car chase continues, they find themselves at the end of the road with a divider that separates the two lanes. Bill borrows the detective’s gun and manages to split the handcuff open, just before they strike the divider.

Bill takes control of the wheel, and drives away behind Charley while the detective tries to shoot at him. Although primarily a psychological horror, the movie also dabbles in action scenes that include shootings and car chases which only add to the thrill.

However, Charley manages to escape and he returns to Dr. Webb with his body parts. Bill gets out of the detective car with the gun, and makes his way to the hospital. As he looks around, he discovers Charley’s limbs secured in a glass case. He notices that the body parts seemed to have a mind of their own, as they all twitched around on their own. The movie’s use of body parts is reminiscent of classics such as ‘The Beast with Five Fingers’[1949] and ‘The Hands of Orlac’[1924]. The crazy experiments on humans is also inspired by the classic book, Frankenstien.

Bill gets caught off-guard as Dr. Webb enters and announces that she is ready to retrieve the arm; and Charley strikes him out and he faints. Upon regaining consciousness, Bill finds himself strapped in place on an operation table. He manages to break free as Dr. Webb gets closer to him with a chainsaw. With the strength from the arm, he hits her and then approaches Charley.

As the two break into a fight, Bill tries to get Charley’s gun. However, Charley is ready to shoot at him and just as he gets ready to pull the trigger, Bill snaps Charley’s head off the body. He proceeds to break the glass case containing his body parts, and fires at them all until they all go still. A bewildered Charley finds the detective’s shotgun, and aims to shoot at Bill. He misses the shot and ends up killing Dr. Webb. Bill acts on impulse, and shoots Charley in the head once and for all.

In the finale, Bill sits in a park along with his wife as he writes things in a journal. He writes the arm hasn’t given him any troubles since Charley died for good. Bill even seems thankful for his arm, and he expresses that he is grateful to Dr. Webb and Charley for giving him a new arm as the screen turns to black.

Why should you watch Body Parts? 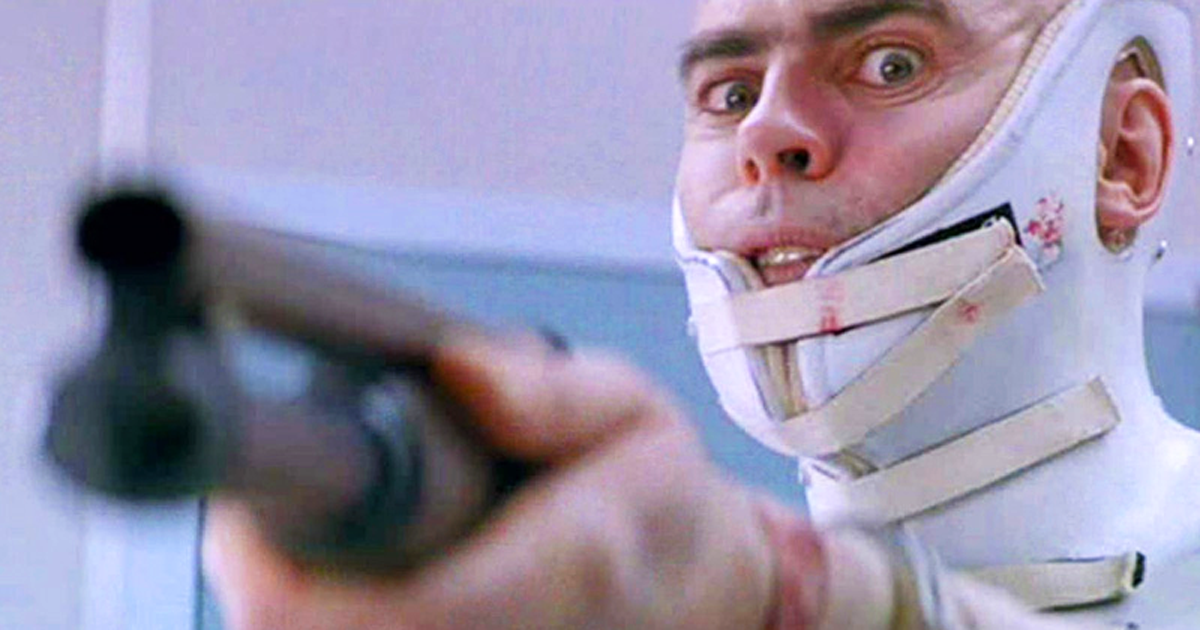 Exploring the body horror genre, ‘Body Parts’ offers gruesome killings, murder mysteries, and plenty of gore. The stunt work is impressive, and the action sequences are well-executed, making up a big portion of the movie. With a runtime of 88 minutes, the movie is packed with graphic scenes full of carnage and blood and is not for the weak-hearted. The actors do a wonderful job, along with terrifying special effects and a powerful soundtrack that keeps the viewers engaged until the very end. If you enjoy horror with a dash of gore, ‘Body Parts’ is the perfect horror flick for your next movie night!