This Cool New MOBA Is Making Heads Turn And You’ve Gotta Check It Out RIGHT NOW!

Does the phrase “Gotta catch ’em all” bring back happy memories from your youth in your heart? Are you familiar with the adorable Pikachu, the powerful Charizard, or the cuddly Snorlax that everyone loves?
Today, we will discuss Pokemon, a series that has captured the hearts of millions of players all around the world since its release.

This brand-new game on the market that is grabbing attention is definitely worth checking out if you enjoy MOBA games and have previously enjoyed playing titles like Dota and Warcraft.
Pokemon Unite is a brand-new, free-to-play multiplayer online battle arena video game that was launched in 2021 by The Pokemon Company for Android and iOS. It was created by TiMi Studios, a division of Tencent Games, and was initially released for Nintendo Switch. Any gamer who has ever set their eyes previously on a MOBA will instantly recognise the similar terrain that Pokemon Unite is set in. Due to Unite being a considerably new game in the market, there are not many options when it comes to map selection. Most of the matches are 10 minutes long and set in the Unite Stadium, which has two separate lanes on either
side and an enormous jungle in the middle.

Matches are played between two teams of 5 players each, and the team with the most number of points by the end of the match wins. The scoring system is simple yet intriguing, as players collect Aeos energy by defeating wild pokemons that spawn across the map, and then finally secure points by dunking them in the opponent’s goal zones.

The goal zones are PokemonUnite’s version of ‘Towers’ that most MOBA players are often familiar with. Players are tasked with scoring as many goals as they can within the given time while also preventing the enemy team from scoring. Each player takes direct control of a single Pokemon that grows stronger and evolves as the match goes on. You’ll clash along the lanes, killing your opponents and pushing toward enemy towers until one team has been driven back to their base.

Ever since Pokemon Red and Blue was first released in 1997 for the Nintendo Gameboy, the franchise has won millions of hearts and built a lasting fanbase spread across the globe. With passing generations of Pokemons, the story has added many new characters to its list, bug pokemon Unite only includes 30 Pokemons as playable characters.

Every character has a distinct build, has different abilities and combat styles. They are divided into five distinct roles, namely: Attacker, Defender, All-Rounder, Supporter and Speedster. These roles define the task that each Pokemon is expected to perform during battle.

For example a defender is a Tank tasked with being on the frontlines, an attacker is the Carry who are also known as Marksmen in MOBAs; Speedsters are PokemonUnite’s version of Rogues or Junglers and Supporters are basically Mages or Healers. Each Pokemon has two sets of unique abilities and one Unite move, that allows the players some permutation combinations and explore various gameplay styles.

Each activated skill can branch into one of two options as the pokemon levels up, allowing you, the gamer, to lightly customise your playstyle mid-match. Further customisation can be done with the use of ‘Held Items’, three of which every pokemon can be equipped with before the match starts, to provide them with little, but not totally insignificant advantage during battle.

Mana use in the game is done in the form of a countdown timer before a player can use a certain move again, after already using it once. For MOBA veterans, the game is not very difficult to figure out, and due its simplistic design, Pokemon Unite is the perfect game to introduce a newbie to this specific genre. All the playable characters feel unique in their approach to individualistic fighting styles. While defenders have high HP and are perfect for drawing damage from opponents, attackers are capable of dealing very high AOE damage, and Speedsters are built for scoring last minute goals that wins your team the match.

Apart from goal scoring, the game also includes objectives like Rotom, Dreadnaw and Zapdos which spawn at specific intervals and grant the team that defeats them certain buffs.

Everybody Hunt The Birdie! 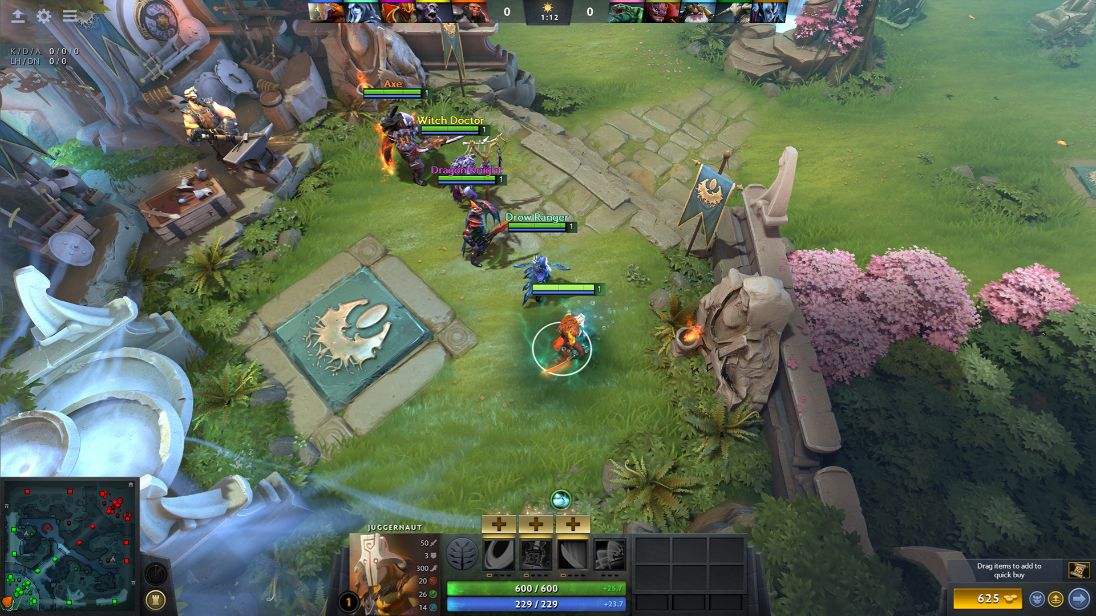 At the ending stages of the game, the legendary Pokemon ‘Zapdos’ spawns in the middle of the map with a massive HP bar and offering a large amount of Aeos Energy on getting KO. The two teams have to fight to either attack or protect zapdos depending on strategy, and upon being defeated it leaves the losing teams goal zones defenceless for a few seconds. During this stage of the match, all dunks are worth double points and winning Zapdos fights can drastically turn the tide of battle in the team’s favour.

There are various rewards to collect in Pokemon Unite including Pokemon Licenses, Battle Items, Aeos Tickets and Item Enhancers. Obtaining Unite Licenses for Pokemons using Aeos coins allows the player to take them into battle in Ranked mode. Players also have the option of buying Aeos Gems with real money which can be used to obtain Licenses and Item Enhancers, and help you level up faster without going through all those hours of intense grinding.

Every new patch introduces various DLC like skins for pokemons and their trainers, and it is incredibly fascinating to see a Snorlax running around the stadium sporting a chef’s hat, or a Blastoise in a mafia style three piece, cannons blazing in all its glory. Pokemon Unite received mixed reviews before its release from fans thanks to an unimpressive pre-release trailer. With a metacritic of 70% and IGN ranking it 6/10, Pokemon Unite lost out on a lot of its fans right from the get set go. One of the major areas of criticism was the price of the game’s microtransactions while most of the praise was aimed at the game’s satisfying PVP combat and simplistic HUD.

There are plenty of opportunities to outplay and outsmart your opponents using a combination of your skills, items, and the terrain itself. The Pokemon Company – through the official Pokemon Unite Twitter account, promoted a survey
for feedback from fans to improve the game.

In January 2022, it was officially confirmed by producer Masaaki Hoshino that the game would be part of the Pokemon World Championships taking place in August, joining the main series games (known as VGC), the TCG, Pokemon Go and Pokken Tournament. In a statement on the game’s official website, he also stated that a tournament mode is in development, wherein the playing field would be evened for all competitors, regardless of the grade of their items.

This addressal to the issue of unbalanced gameplay by spending more money on buffs which was raised by a lot of players, has now become a ray of hope for fans worldwide. By 16 September 2021, the game had been downloaded over 9 million times on the Switch, with over 7.5 million mobile pre-registrations prior to the 22 September mobile release. By 1 October, research company Sensor Tower reported that Unite has been downloaded 30 million times for mobile devices,
winning it the award for Best Game of Google Play’s ‘Best of 2021’.

Why should you try playing Pokemon Unite? 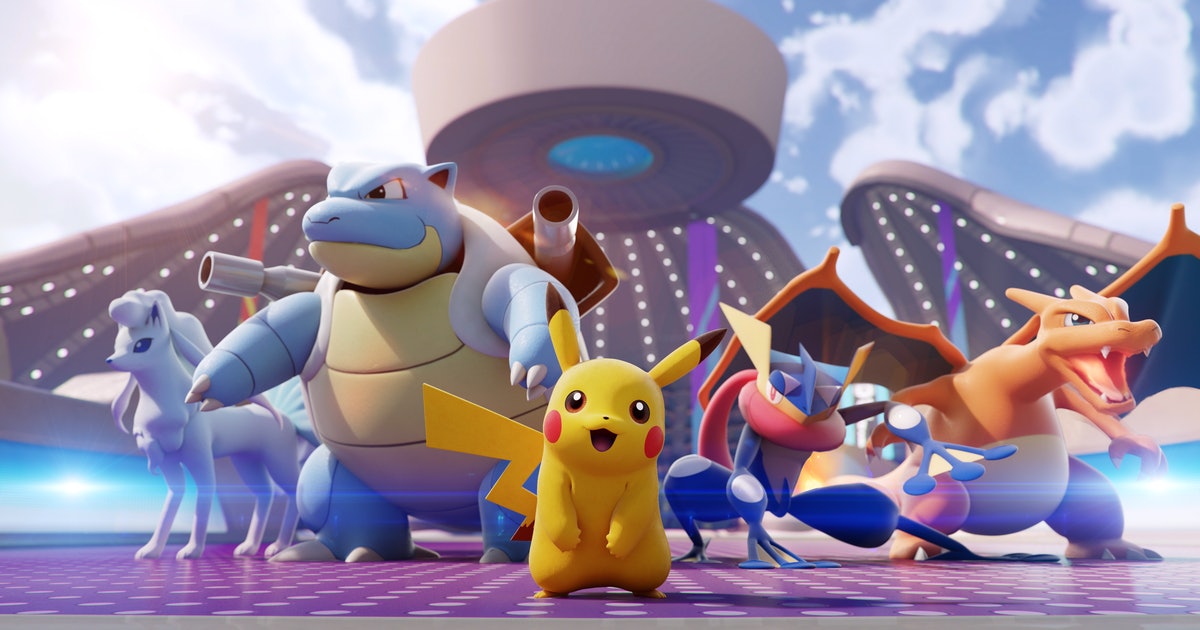 The answer to that question is very simple! Pokemon Unite is a first-of-its-kind Pokemon game that incorporates multiplayer online battles with a very simplistic – easy get – design. It is the perfect game for anyone who would like to explore the MOBA genre of gaming, and the game’s availability for mobile platforms make it a decent stressbuster at the end of your
day.

We do agree that Pokemon Unite is at its most efficient when played with team-mates, strategically coordinating every move over voice chat, its large number of player base makes it easy to find worthy and helpful team mates on the go, who help every beginner trainer level up through the ranks really fast. The gameplay is fast paced and unexpectedly addictive. The music is great, fits the vibe perfectly, meanwhile the game’s cross-progression functionality offers a lot of accessibility; meaning you don’t lose progress if your device loses connectivity, you can join again mid-match. Every Pokemon is well balanced and easy to control and can be used for different teamwork strategies to win matches. The entire build of the game is dedicated to playing in unison and hence the name – Pokemon Unite.

It is a refreshing game to catch up with your friends over, is a lot of fun and a must play for every Pokemon fanatic. The game is well balanced with updates and bug fixes rolling each alternate week, and is a strong contendor to becoming one of the best new MOBA games in 2022! Did you enjoy our review for Pokemon Unite? Let us know what you think about the game in your comments below! Don’t forget to hit a like and press the bell icon for more such
awesome gaming reviews from Marvelous Gamers! Until next time – GG!