We were interested in the trailer, but we were blown away by the final product! That is one way to describe the mind-blowing experience provided by the film, and it is safe to say that Doctor Strange: In the Multiverse of Madness is a pleasant surprise. Many of us were left speculating about what was meant to happen as a result of the trailer, and all we can say is that the many fan ideas were not all incorrect! So, without wasting any more time, let’s get down to business!

The distinct Sam Raimi style of work is one of the first things you’ll notice about this film. His gruesome horror-centric style is evident throughout, and it’s safe to argue that this is one of the most heinous Marvel films to date, often stretching the PG-13 rating’s limits.

The brutality is unrestrained, and Marvel deserves credit for allowing Sam Raimi’s raw, merciless side to shine in this film. He isn’t afraid of death scenes, and he doesn’t mince words when it comes to the rising corpse count. When he previously worked in Spider-Man, you may have noticed the subtle jump-scares strewn around the narrative. He does the same for Doctor Strange, and we horror fans will lap it up gleefully! There is a constant element of darkness, which is omnipresent throughout the movie. Doctor Strange starts off as an emotionally broken man, and it is established that Christine is married. The other crucial character in the movie, Wanda Maxmioff is dealing with her own issues, and the audience will immediately feel a strong connection with her.

The multiverse might be a relatively new concept for most people, but the script makes sure that there aren’t too many loose ends. That being said, be careful with your phone calls and loo breaks because missing out on a couple of minutes might make you struggle with the plotline. While the plot is related to multiple previous events, it is probably a good idea to revise Avengers: Infinity War before you go in to watch this one.

The story is majorly about Doctor Strange trying to save the day, some accompanying characters and antagonists will also be mightily impressive. Elizabeth Olsen deserves a special mention for her haunting, yet beautiful portrayal of the Scarlet Witch and much of the story is actually an account of the things Wanda did after she flew off Westview after defeating Agatha Harkness. There is a constant emotional pull that is tough to ignore, and this is probably what makes the presentation so heartwarming despite some shocking moments.

Some of you might be a tad bit disappointed with the amount of screen time that Doctor Strange gets. After all, the movie is supposed to be all about him, but there are other elements that will demand your attention. However, Benedict Cumberbatch is a seasoned campaigner who has mastered the art of slipping into Doctor Strange’s shoes effortlessly.

He will entertain you with the familiar brand of humor, and he is very convincing with the tricky double role as well. The others like Benedict Wong, Xochitl Gomez, and Rachel McAdams all play their bits decently, and the acting performances are definitely a strong asset for the movie. Gomez in particular does an admirable job bringing America Chavez into the MCU.

Coming to the technical aspects, the direction has been handled with care by the maestro himself. Sam Raimi brings back the fearful side of Marvel that many non-comic book reader viewers might be unaware of.

Horror is something that comes to him naturally, and he handles some complicated scenes delicately enough to make them stand out. He is allowed to run free and he does not hold back on the weirdness and spookiness that many associate him with. This is noticeable in many of the scenes, and also with the random monsters that pop up.

He does reduce the runtime consciously, and that might not be desirable for some, but it doesn’t really negatively impact the movie. We loved the all-new set designs, and it would be a complete waste of time to go on about how good Marvel’s special effects look on the big screen.

Let’s just say the movie promises to be a visual delight – something so good that you would be unsettled, and the multiverse has been captured as nicely as we could imagine! The musical score is to die for, and the slight inconsistencies can be surely ignored when you consider the mind-blowing ambiance and enthusiastic storytelling. 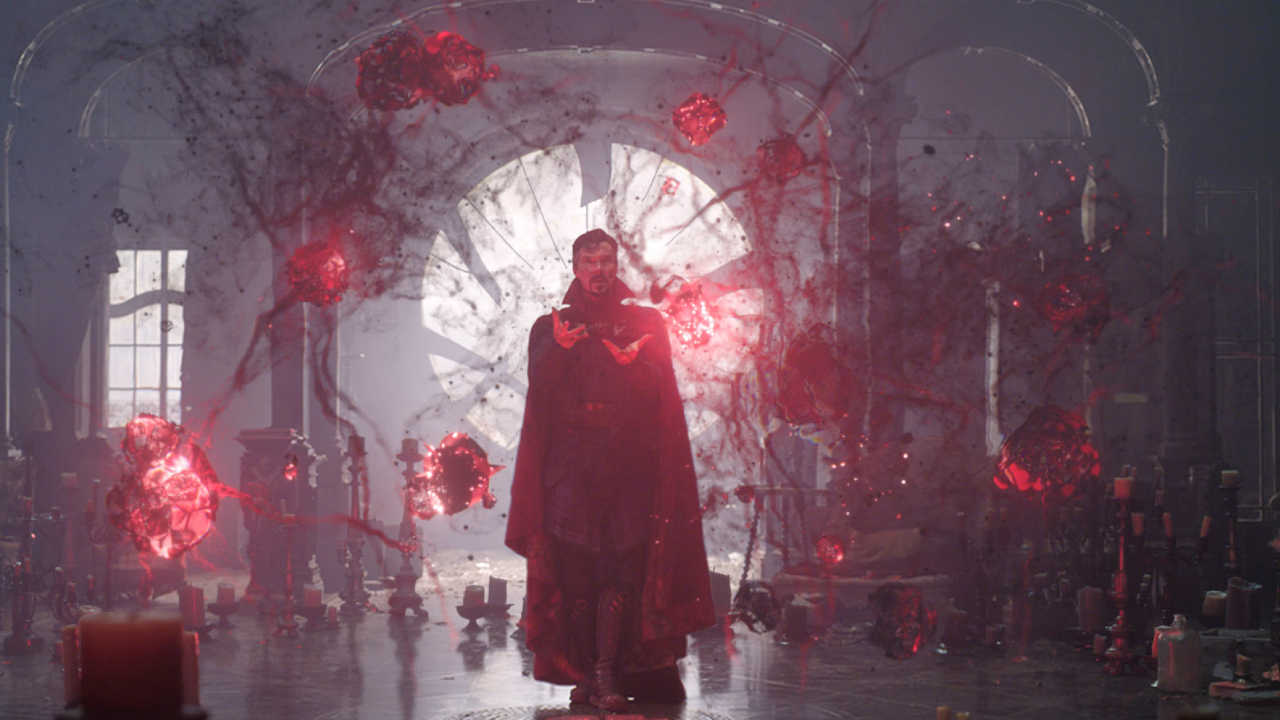 The blend of horror and humor is something very close to Sam Raimi’s heart, and he turns on the heat big time with the new Doctor Strange movie. Marvel is clearly trying to explore some uncharted territories with this, and personally, it was a brave and successful effort.

If this is the new normal, and if this is how they are planning to go ahead, we certainly aren’t complaining! But before you go in to watch the movie, be sure not to make all the speculations turn into expectations. Go ahead with an open mind, and we can assure you that the movie will be a thoroughly enjoyable experience. Sometimes, things gone crazy can be a pretty good thing!