Hello and welcome, our wonderful gaming friends. We are back with a new video, and this time we will talk about a forthcoming game. Forspoken!

Forspoken was one of the most unexpected games displayed at the Spring 2021 Square Enix Presents. Given that its publisher is most known for series like Final Fantasy and Kingdom Hearts, Forspoken’s dark, mature aesthetic is a novel strategy but not one that should be avoided. Fans have so far responded cautiously but favorably to the game.

There has not been much news recently about Forspoken. It was known as Project Athia before its official debut at Square Enix Presents. With only a brief teaser and a few online gaming clips, it was still largely unknown to players.

Although it is hard to tell how Forspoken will turn out, what is known points toward a thrilling Action RPG that incorporates lots of f-bombs, genuine violence, and superb graphical detail.

Everything We Know About Forspoken till now 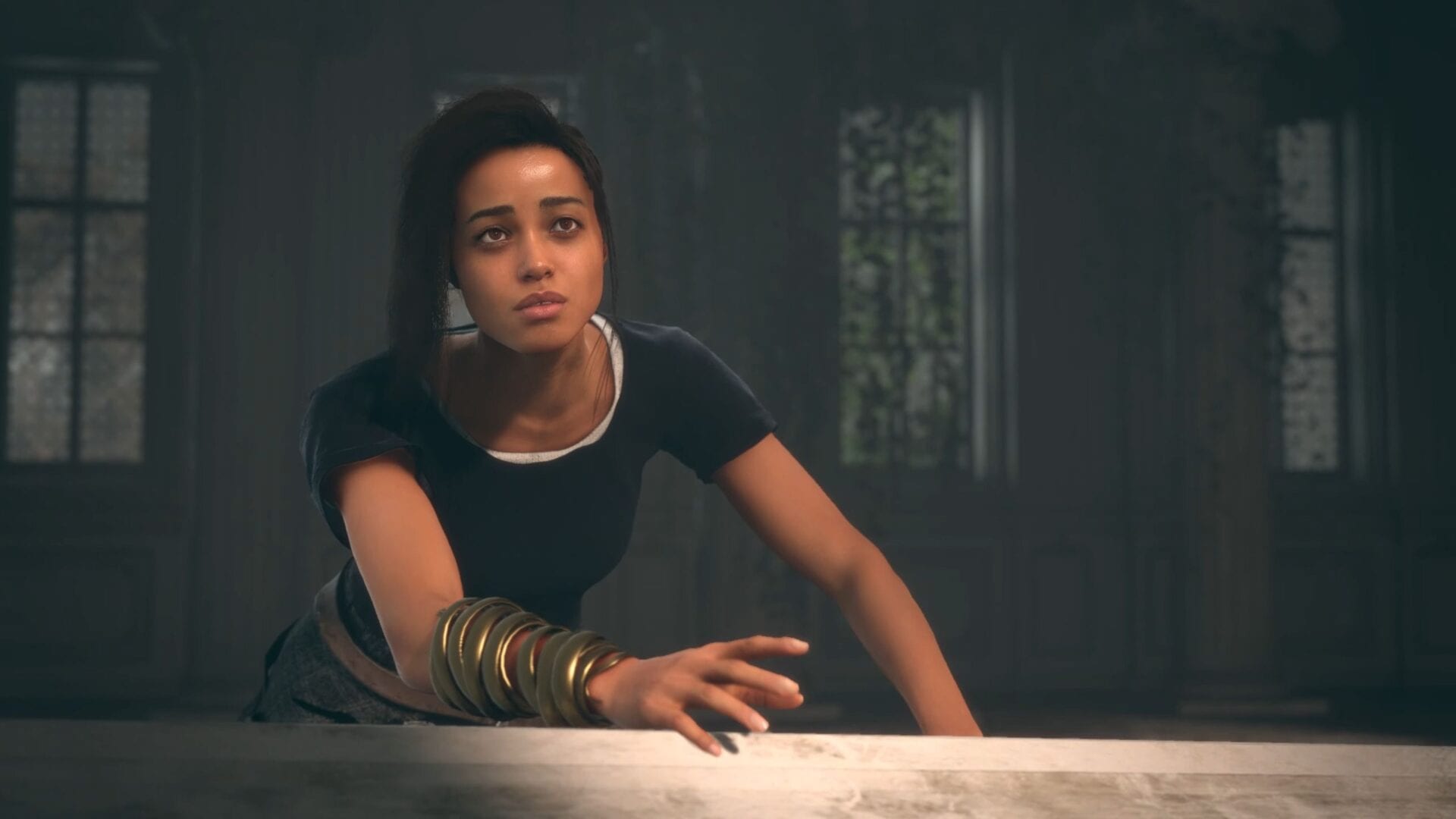 Forspoken’s “standard version” is available to gamers on retail and internet marketplaces for $69.99.

The “Digital Deluxe Edition” of Forspoken, available only for the PlayStation 5, costs $94.99, and comes with a rare resource pack, a little artbook, a mini soundtrack, and early access to the Forspoken: In Tanta We Trust DLC.

It was once known as Project Athia when it was still in the planning stages. The game is being created to make the most of the PlayStation 5’s graphics potential.

Gary Whitta, who also acts as the story team head, Allison Rymer, Amy Hennig, and Todd Stashwick make up the writing team for the game. For the game’s soundtrack, Bear McCreary and Garry Schyman are responsible.

Square Enix approached Whitta about the possibility of collaborating on the newest game from Luminous Production in 2017. Whitta was given a mostly blank slate to develop Forspoken’s fantasy setting and plot with their full support and collaboration. Whitta was entrusted with taking the first sources of inspiration from Square Enix and Luminous Productions and moulding them into a tale and fantasy world that would eventually serve as the foundation for Frey’s quest.

Whitta had some preliminary pictures to work with. Due to the scope and ambition of the project, additional authors were hired to assist in developing the plot and setting of Forspoken. Whitta didn’t work directly with Hennig or Stashwick, who took up the “story baton” once his work was finished to build the tale from there since authors joined at various points during the development process.

Whitta collaborated with Rymer, calling him “a great asset” in the writing space. Between the original narrative-breaking and world-building they established in 2018 and the more fully formed plot that has emerged since then, Allison Rymer served as the critical connecting thread.

The game, which is now known officially as Forspoken, was featured during Square Enix’s Square Enix Presents livestream event in March 2021. In the presentation, it was made clear that Ella Balinska would be Frey Holland’s voice actor and that there would be a brief sequence in which Frey would be in the company of a dragon thing.

During Sony’s Playstation Showcase 2021 livestream, Forspoken made a cameo with a new video that included additional information about the plot, gameplay snippets, and the game’s release timeframe of spring 2022.

Forspoken made one final public appearance in 2021 at The Game Awards with a new trailer that featured more plot elements, including the Break, Tanta Prav, and Monsters. The trailer finished by announcing the release date of the game, May 24, 2022.

The production team revealed the game’s delay until January 24, 2023, on July 6, 2022. They referred to the decision as a “strategic choice” that would give them more time to polish the game.

Let’s look at the story synopsis of this game – The main character, Frey Holland, is a young lady who has struggled despite having a complicated background in New York City. She is aimless, gritty, and street savvy. And even though she is about to turn 21, her life hasn’t actually gotten any better.

When she is miraculously taken to Athia, a place where fantasies and horrors are suddenly genuine, things take an unexpected turn. As Frey, you’ll fight the deadly beasts that roam the earth by using recently discovered magical talents. She’ll also have to deal with the Tantas, who control Athia and are destructive, twisted, all-powerful matriarchs if she wants to have a hope of going home.

All of this supports the isekai tale status of Forspoken. In the popular anime subgenre of “Isekai,” a regular person finds themselves in an alien environment (often by getting hit by a truck and dying). If the game follows traditional isekai tropes, the story will centre on Frey trying to figure out how she got to Athia and why, but considering the game’s dark and gritty mood, it seems likely that Forspoken will attempt something more original.

The teaser features further information about the narrative debuting during the December 2021 Game Awards. For the first time in the world of Athia, we witness Frey interacting with other people. However, these encounters appear to be fraught with strife.

Although a group called the Council is wary of her ties to the Break, they finally seem to be forced to rely on her to handle it. Other, less charitable groups react less kindly to Frey’s unexpected entrance; a queenly woman dressed in red accuses her of trespassing, and a pale-faced man dressed in robes says Frey should be put to death in some tribunal. It has also been established that Frey will face off against the Tantas, a group of evil sorceresses.

Given the grim nature of the game, it wouldn’t be a shock if Frey had some sort of connection to the Break rather than just being a heroic figure. In the Game Informer video, this relationship is further reinforced when it is established that Frey is somehow resistant to the Break and that the people of Athia will require her assistance to conquer it. Whatever the case, every trailer so far suggests that she will have to overcome formidable monsters in order to save what is left of Athia. 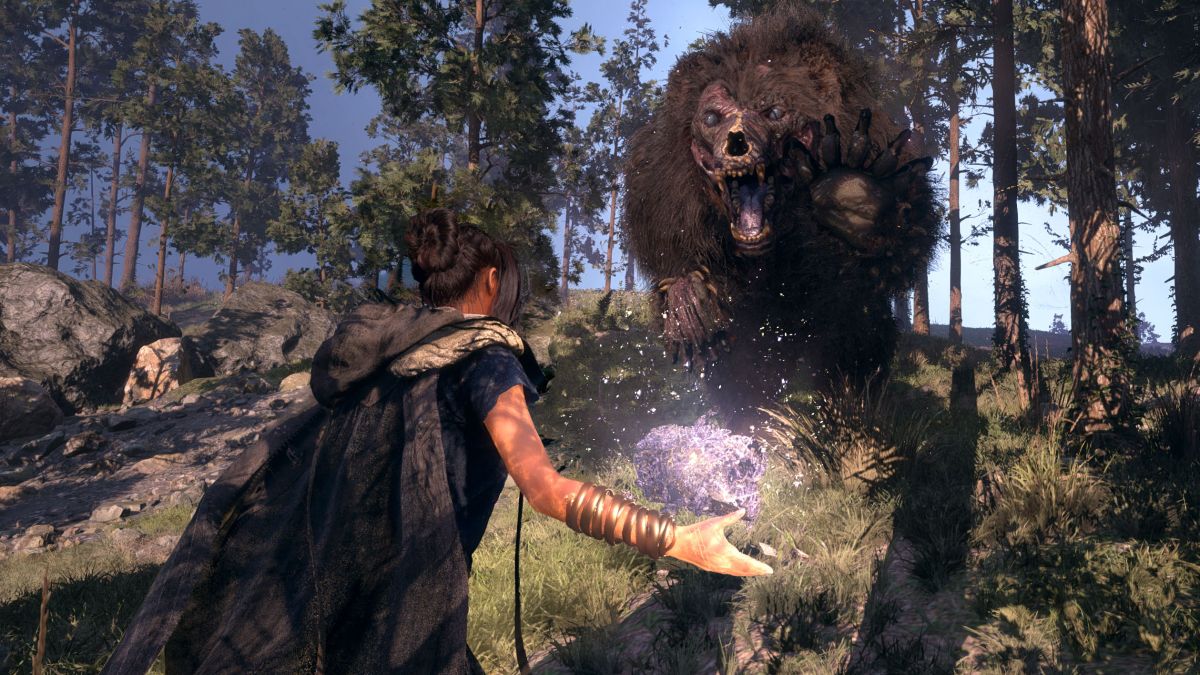 As Sony starts to abandon the PlayStation 4 subtly, Forspoken is one of the numerous titles being advertised as a PlayStation 5 exclusive. According to reports, the game effectively utilises the DualSense controllers and powerful graphics of the PS5. Forspoken will also be released on the PC, allowing people without next-generation consoles to experience the realm of Athia.

Forspoken’s four-minute gameplay trailer, which IGN posted, features exploration, fighting, and even the menu system. We can see that Frey has a limited amount of dashes for traversal and a range of fighting choices.

Numerous JRPG customization and advancement systems are displayed in the interface, including magic talents, levelled gear, and nails (which boost Frey’s strength and prowess).

That concludes our knowledge about Forspoken, including its release date.

If you enjoyed watching this video, then press the like button. Subscribe to our channel to get such exciting videos every day! See you at the next one!