Hanks, A Robot And A Dog – Finch First Look

Apple Original Films has shared a first look at Tom Hanks, Caleb Landry Jones, and Skeet Ulrich in the upcoming sci-fi thriller Finch. The illustration depicts a contemplative Hanks about to embark on a quest over a hard environment in a post-apocalyptic world with his dog and robot. The goal is to create a robot that can save a dog after his owner has passed away. Please, looks like we need tissues!

In Finch, Tom Hanks plays a robotics engineer who has survived a cataclysmic solar catastrophe and worldwide apocalypse within a subterranean bunker with a robot and a dog with whom he has formed a bond of family. He’s now on a mission to make sure that his dog, Goodyear, is taken care of after he passes away. When he can no longer watch over his dog, he constructs a robot named Jeff who is voiced by Caleb Landry Jones, and the three of them embark on a journey across the American West to demonstrate Jeff the joys of life. 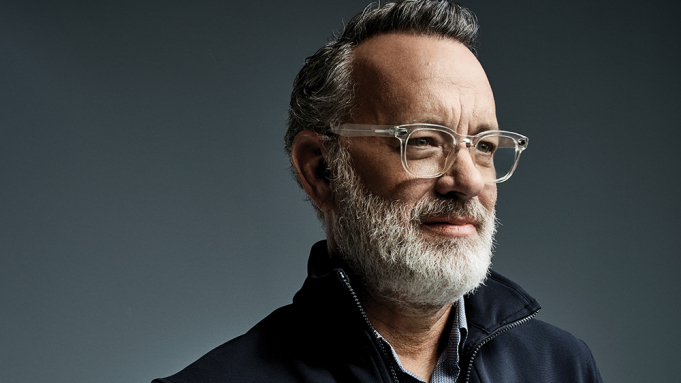 RELATED: Hellraiser Will Stay Close To The Source Material According To David Bruckner

Finch was directed by Game of Thrones executive producer Miguel Sapochnik from an original script by Craig Luck. This happens to be Luck’s feature-film writing debut and Ivor Powell also co-wrote it. Finch, formerly known as Bios, was supposed to be released in theatres this August by Universal, but Apple has bought it up and will release it on Apple TV+ on November 5.

We will be seeing a lot of Tom Hanks in the upcoming future and many of his appearances and roles will be in tear jerking movies that are sure to make even the toughest of people cry like upcoming movie, A Man Called Ove. I’m sorry but whenever a dog is involved, I’m always in tears.

From the photo and the plot synopsis, we can already tell that this one will be a massive cry fest but we’re looking forward to seeing Hanks back in action.

Tom Hanks' next film #Finch is going to the dogs (and the robots). https://t.co/KbAB7TD2rk