Mad God is an animated fantasy horror film helmed by Phil Tippett and it transports its audience to the dark depths of a post-apocalyptic universe. A lone Assassin descends through a weird array of people populating a multi-tiered environment, until he approaches an equally mind-numbing ending, quite literally.

The bizarre story is made up of multiple miniature stories about a diverse range of individuals who live on an almost biblically bleak planet. How to aptly explain “Mad God,” the stop-motion animated tale that took the writer, the director as well as special effects pioneer Phil Tippett over 30 years to complete?

“Mad God” does not have a traditional narrative. There are a few characters, such as the Assassin, the Alchemist, the Surgeon, and also the Last Human, who are all either at odds with one another or searching for a ticket out. 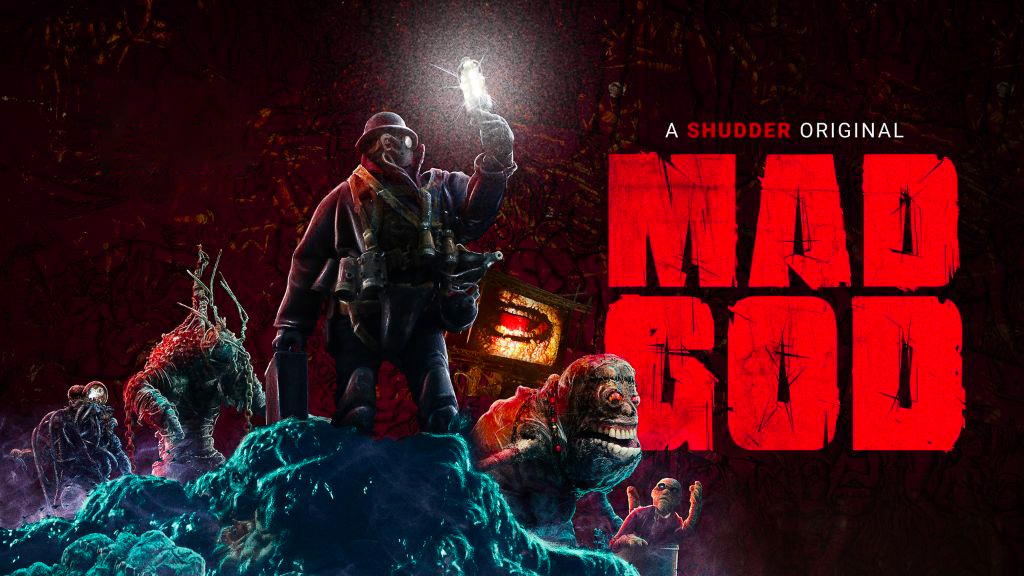 This entirely stop-motion animated film was Phil Tippett’s passion project. He began working on this in the late 1980s, after finishing RoboCop 2 in 1990, but pondered shelving it at the time when Jurassic Park was premiered in 1993, and CGI animation looked to render stop-motion animation obsolete. Eventually, after some coaxing, he launched a Kickstarter effort in the mid-2000s that enabled him to complete the film.

The film begins with a towering person cloaked in a jacket and wearing a gas mask identified only as the mysterious Assassin, descending via a diving bell on a wrecked, nightmarish planet. The Assassin carries a map of the globe and a briefcase with a bomb, which he is assigned with blowing up behind enemy territory within the bleak planet. However, the map gradually deteriorates along the journey.

The Assassin finds imprisoned victims of electronic torture as well as other horrors as he continues his weary journey through the ruins and mutant territories. He eventually finds himself in a city beyond enemy lines governed by a babbling grotesque baby creature with seared and dirty fangs and scorched flesh. This city is also the home of innumerous faceless and nameless dronelike beasts.

The Assassin pauses here for a minute, contemplating whether or not to recruit an ally, before deciding to go while he still can and descending into the city’s depths, leaving behind a drone to be destroyed for wandering away from the others. Under the city’s depths, the Assassin uncovers a mound of luggage similar to his own. These include bombs that will be detonated by his own bomb. A binocular camera sweeps over numerous junked robots, including two ED209s, Star Wars Robots as well as Robocop, at 9:54.

The Assassin fails to spot the creeping approach of a robotic creature as he primes his explosive and prepares to fire it off, settling down to await his fate alongside probably just about every other mutant and civilian inside enemy lines. As the explosive fails to detonate, the mutant pounces atop The Assassin, grabbing him and carrying him away. The film has no audible narration and is nearly completely made up of stop-motion animations and puppet work, with the exception of a few live-action sections in which actors wearing a puppet costume are featured.

The Assassin is placed on display in front of a large crowd, where he is stripped naked and punished. He is bound to a table for what looks to be days or weeks. His bandages, which wrap his entire body, have yellowed due to age, and his one uncovered eye is raw and dry from not blinking in a long time. The Surgeon, also known as the Torturer, enters alongside a Nurse and begins a cruel and tortuous medical treatment on the wounded Assassin.

The Surgeon then proceeds to open up The Assassin’s chest and begins delving around his chest cavities in a way that is systematic, painful, and in a manner that eventually proves to be lethal to the Assassin. Jewelry and books, symbols for important battle secrets are grabbed and thrown around and read over. A particularly fascinating book captures the Surgeon’s eye, which he explores before throwing it all away.

After much fumbling and brutal searching, the Surgeon eventually finds his target: a darling, wailing infant within the Assassin’s body. The Surgeon passes it on to the Nurse. According to Phil Tippett, a lot of work on the movie was done on Saturdays by pupils who wanted to acquire some filmmaking experience. The sequence with the mound of fallen soldiers was created by melting hundreds of little military puppets together on wire, and so it took six workers three years to finish.

In the realm atop, the Last Man hands another Assassin a witch-forged map and sends him below in yet another diving bell. The New Assassin rides a motorbike and then a vehicle past a weapons factory, a graveyard, as well as a combat zone before descending a spiral route.

The nurse transports the infant to the lair of an alchemist, which is guarded by a floating monster. The alchemist crushes the infant into liquid, proceeds to convert the liquid into metal, then crushes all of the metal into crystals before returning it to the beast. The crystals are scattered by the beast into a flaming gateway. A new universe emerges, which quickly decays into another destroyed world.

Phil Tippett published three short snippets of this film throughout the years, accounting for roughly half of the entire 82-minute version that was finally presented at many different film festivals. Phil Tippett makes his feature directorial debut with this flick. 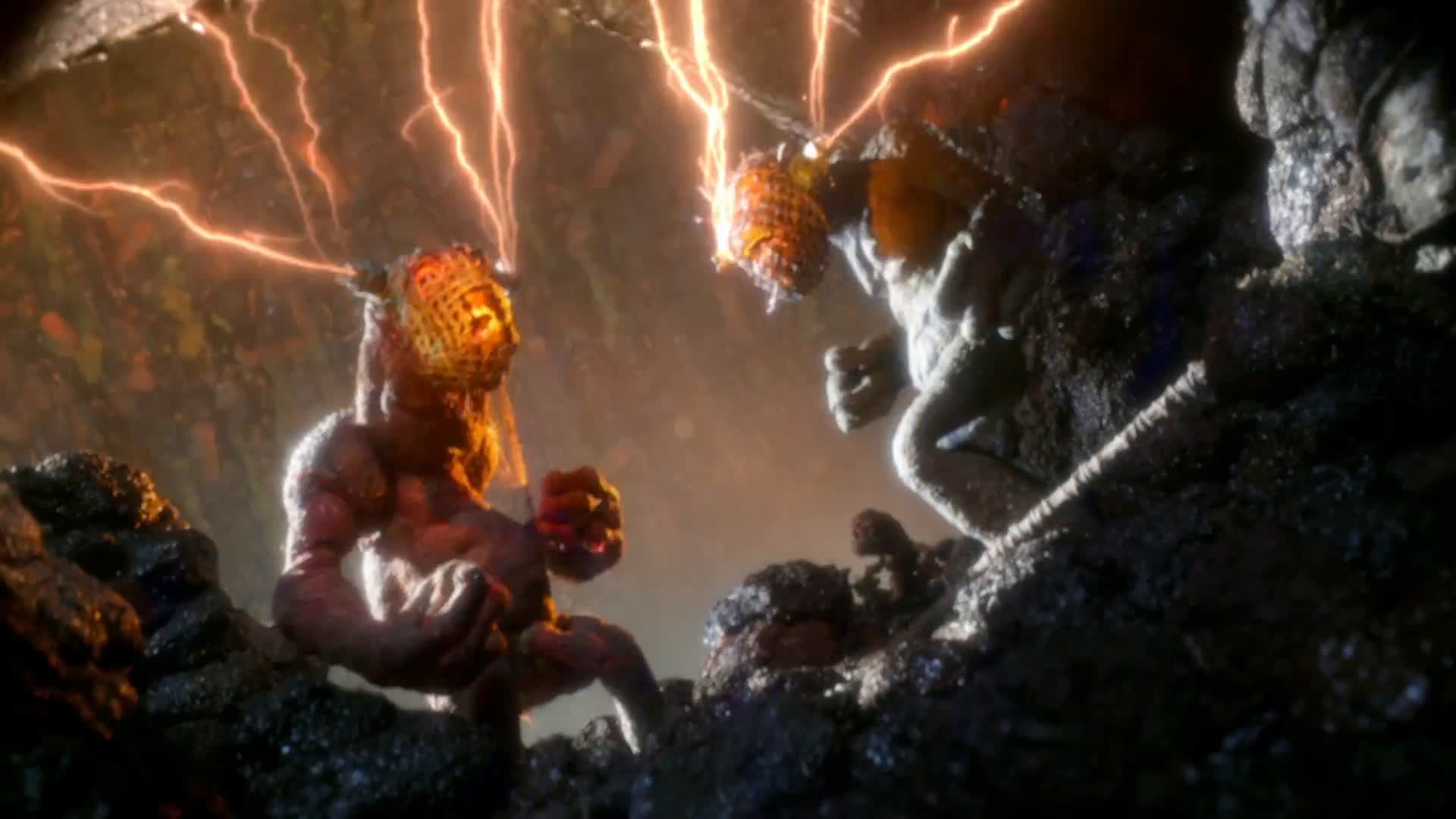 The effects of the child’s dust appear to stir the malfunctioning bomb which the Assassin placed earlier, and the indicator on its timer begins to move again, just seconds away from hitting its peak. As the film concludes, we see the Last Man perched on the summit on top of the globe with his legion of Assassins, staring down on the planet below to check if the explosive went off or not. Thus, after what appears to be millions of tries based on the teetering mounds of luggage, it seems that the Assassin’s bomb may have finally detonated.

It is unknown how many prior Assassins attempted to set the bomb. Nevertheless, based on the well-executed motions of the complete operation, it appears that the person above on the top has dispatched a large number of them to the murky and chaotic realm below.

Furthermore, all of the captors below have a sizable number of arrested Assassins, all of whom have been subjected to terrible torture and mutilation. Perhaps what distinguishes this Assassin is the discovery of an offspring within him. Finally, it appears that the malfunctioning timer present on the bomb is working again as a result of the disruption made by the offspring after it has been reduced to dust. As a result, the explosion is most likely to occur, and the film ends just as the Last Man on Top witnesses the aftermath of the explosion.

Of course, because it isn’t clearly stated, there’s a chance the bomb doesn’t explode. However, this would imply that the cycle would begin again, and the Last Man would dispatch another Assassin. Observing the legion of Assassins gathered overhead, it appears to be an ongoing cycle until a bomb eventually detonates. As a result, it seems appropriate that the film concentrates on the ultimate occurrence in which the bomb does finally explode. This still begs the question of what occurs after the bomb detonates.

The Last Man might keep sending Assassins into the now destroyed world. There’s also the chance that this is possibly just one of a multitude of universes that the Last Man explores, and that after the bomb detonates, he just goes on to the next. To gain a clearer picture of what occurs next, maybe it is worth considering why the Last Man is dispatching Assassins down below in the very first place.

The Last Man may regard himself as the master of the chaotic planet below and may have a say in its fate. Another hypothesis along the same lines is that the Last Man is performing experiments on the world below and has detonated several bombs at multiple levels of the multitiered planet. It would explain the Assassin’s journey across several apocalyptic settings before arriving at his destination.

As a result, the Last Man might very well be the titular “Mad God,” dispatching Assassins into the planet below while observing the outcomes from above. However, the netherworld’s post-apocalyptic anarchy disturbs the Last Man, giving the impression that he is not fully in charge of it. Perhaps it is the result of a failed creative endeavor, which would indicate why he would attempt to destroy it. Of course, in line with the odd spirit of the story, the Last Man accomplishes his supposedly noble purpose with a rusted old diving bell and a few sticks of dynamite.

Finally, there are compelling reasons why the Last Man, as cowardly as he appears, would wish to destroy the gloomy and turbulent world below. The Last Man and his organized army of Assassins stand in sharp contrast with the turbulent mindless carnage below, and by suppressing it, he may be attempting to create a new, more disciplined world. His legion of Assassins also hints that he has an abundance of subordinates and, like a deity, could presumably generate more on command to inhabit his newly ordered society. 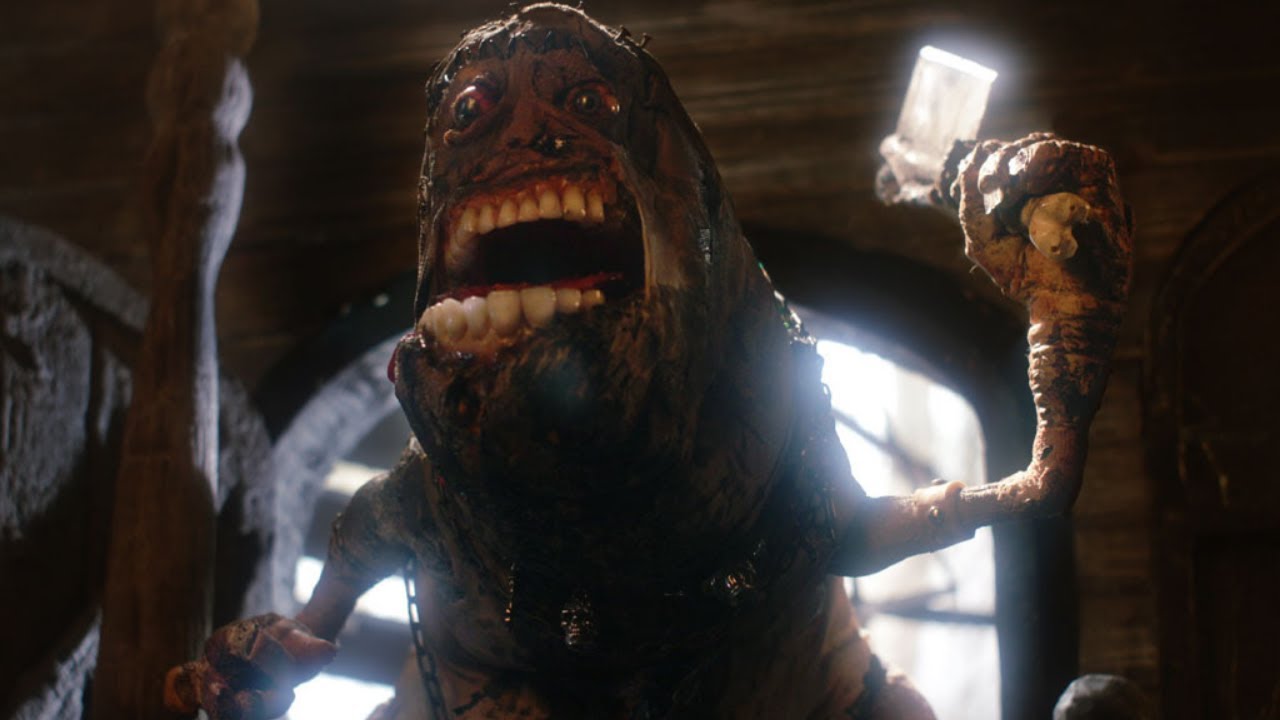 Even though there is absolutely no dialogue, events onscreen are pushed solely by vision and sound and it is not always simple to keep up with the complexities of what is occurring and why, this movie is an absolute blast of an experience. Much of the visuals and events are gruesome, so viewers with more sensitive tastes should think before watching.

Taking everything into consideration, this story of occurrences in a post-apocalyptic fictitious world is best suited to individuals who enjoy the strange and unpleasant. The imagery is often stunning, and this is possibly one of those uncommon films that seem like an immediate cult classic. Fans of out-of-the-box animation will most definitely have a field day watching this exceptional film.