Mike Flanagan, the showrunner behind Netflix’s The Haunting of Hill House and The Haunting of Bly Manor, is working on a new series. The poster art for the performance, Midnight Mass, was just released. The declaration that the trailer would be released next week is an important part of the poster. That video will almost certainly be the greatest look at the series thus far.

The show, which will be available on Netflix, will premiere on September 24, 2021. The trailer’s projected release date was revealed today in the form of a poster. The trailer is most likely to come on September 9, which is next week’s Thursday.

You can see the image of the poster below while people wait in expectation. It follows the trend of “floating heads” posters that are popular in the entertainment sector these days. For those unfamiliar with the term, “floating heads” refers to a picture of the primary cast’s faces that is scattered across the image. 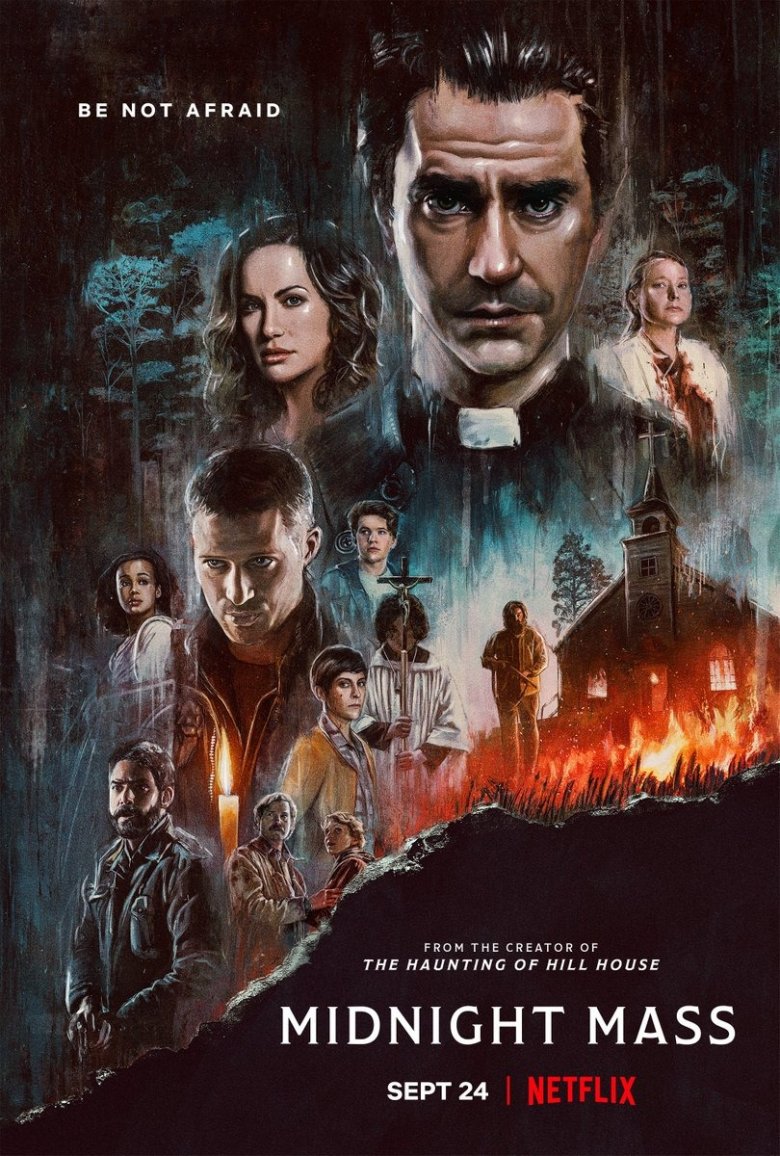 “Be not afraid,” proclaims the show’s tagline. Instead of being a photograph, the artwork appears to be painted.

According to the series’ premise, Midnight Mass is the story of a small, secluded island village whose already-existing divides are exacerbated when a disgraced young man returns and a charismatic priest arrives.

When Father Paul’s arrival on Crockett Island coincides with unexplainable and seemingly miraculous events, the community experiences a fresh sense of religious zeal – but do these miracles come at a cost?

The relationship between Midnight Mass and prior Flanagan works is noteworthy. The series shares a title with Maddie Young’s book Hush, and the same book was also featured in Gerald’s Game. Given Flanagan’s track record, the series is certain to please both fans and reviewers.

Keep an eye out for this one if you’re a die hard horror fan.