Although it’s not much, it’s something. My Best Friend’s Exorcism, an upcoming film from Amazon based on the same-titled novel by Grady Hendrix, has shown its first picture. The film will make its Prime debut on September 30, 2022.

Plot- The year is 1988. Since the fourth grade, Abby and Gretchen, now sophomores in high school, have been best friends. But after a catastrophic night of skinny-dipping, Gretchen starts to act…differently. She’s irritable. She is agitated. And strange things continue to happen anytime she is close. By the time their narrative reaches its horrifying climax, Abby and Gretchen’s destiny will depend only on the answer to the following question: Is their friendship strong enough to defeat the devil? Abby’s inquiry leads her to some shocking revelation.

Is “My Best Friend’s Exorcism” based on a true story? 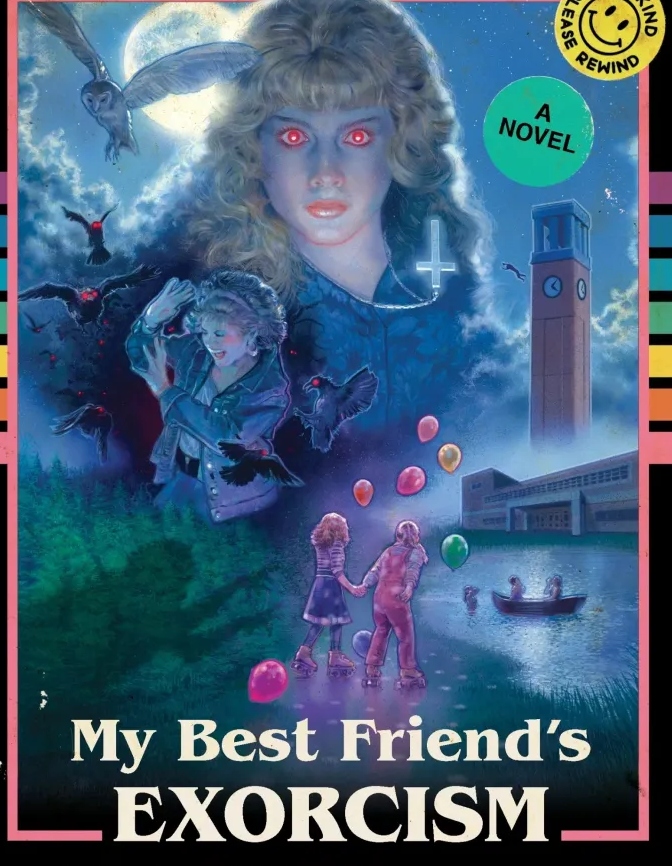 “My Best Friend’s Exorcism” is not based on a true story. The film will make its Prime debut on September 30, 2022.

The gorgeous wallpaper and various pillows on the bed lead us to believe that Abby (Elsie Fisher) and Gretchen (Amiah Miller) are in Gretchen’s room at this initial glimpse. Only wealthy families are able to provide their kids an abundance of pillows.

Not simply because of the emotionally charged sequence where no one shows up at Abby’s tenth birthday celebration early in the book, but also because it is one of my favorite of Hendrix’s literary works. It’s interesting to note that I wasn’t the only one who went to Hendrix and claimed to have gone through the same thing when they were 10. Why are there so many awful tenth-year birthdays?

Written by Jenna Lamia (“Good Girls,” “Awkward”) and directed by Damon Thomas (“Killing Eve,” “Penny Dreadful”), MY BEST FRIEND’S EXORCISM is based on the Grady Hendrix novel (Satanic Panic). Cathy Ang (“And Just Like That…”, “Over the Moon”), Amiah Miller (“The Water Man,” “War for the Planet of the Apes”), Elsie Fisher (“Eighth Grade,” “Despicable Me”), Rachel Ogechi Kanu (“Cheer for Your Life”), and Christopher Lowell (“GLOW,” “Promising Young Woman”) feature in the movie.

Teenage survival is difficult, especially if a demon possesses you. In 1988, Gretchen (Amiah Miller) and Abby (Elsie Fisher) are best friends juggling boyfriends, popular culture, and a supernatural force that is clinging to Gretchen like a pair of neon legwarmers. If the demon doesn’t murder Gretchen first, Abby is determined to force it back to the depths of hell with the help of overconfident mall exorcist Christian Lemon (Christopher Lowell). My Best Friend’s Exorcism pays tribute to 1980s pop culture with an absolutely timeless tale of dread and real friendship that alternates between being scary and amusing. based on the best-selling book by Grady Hendrix.