This Forgotten Satisfying Hack n Slash From Bygone Era Of Gaming Is Still A Ton Of Fun To Play!

Role-playing game Blood Knights was developed by Deck13 Interactive in Germany and is available there through Kalypso Media. In contrast to how vampires have been represented in recent movies, this is a gorgeous hack and slash experience that reclaims the mantle of horror that they bring with them.

The game has two player characters: Jeremy, a vampire hunter, and Alysa, a vampire to whom Jeremy was ritually attached, on a quest to acquire a relic that might cause cataclysms.

The former is a close-quarters combatant who wields a sword, while the latter is a player at a distance who uses a crossbow. Alysa and Jeremy can be controlled alternately in a single-player game, or both characters can be controlled by one player in a cooperative two-player game. 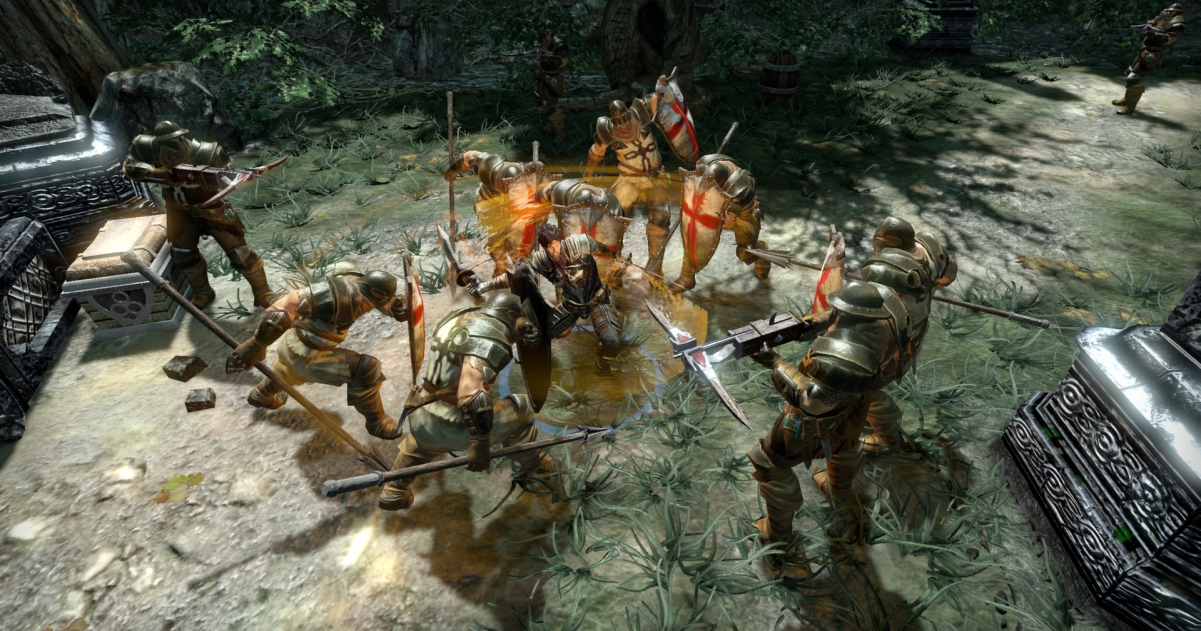 The writing in Blood Knights is far from fantastic, and even when you are given an option of what to say, which you are frequently, there are times when you wish there were a way just to stay silent. The story is not bad; it is rather exciting; the issue is the way it is shown on the screen.

Our fleshy protagonist, Jeremy, forms an unusual alliance. He authorises the union because a priest friend convinces him that it is a vital measure if they are to beat the vampires in the battle that plagues the nation. However, the proverbial S hits the fan not long after their blood has been fused together.

The bloodsuckers steal the Blood Seal, causing the moon to shatter and the countdown to the end of the world to begin. After being thrown down a cliff by our less-than-holy Priest, Jeremy’s bad day only gets worse as he loses the confidence of his former allies and finds himself alone with a member of the clan he despises.

In order to prevent the world’s end and to break his tie with the scantily dressed Alysa, you start on a mission that takes you throughout the country in pursuit of the Blood Seal. The soundtrack that accompanies your journey is frequently entirely appropriate, and the sounds of blades and arrows striking victims give you a sense of bloody pleasure, which is a sensation that the gameplay, on the whole, leaves you with—speaking of the gameplay, which is the best thing about the game.

The game uses a standard top-down and occasionally dynamic camera to accompany the two playable characters as they hop, battle, and loot their way through the situations in classic dungeon crawler style. Players go through numerous locales, including a forest and a castle, by leaping precisely and solving puzzles. Set-piece fights are used for combat, in which a large number of adversaries arrive and must be vanquished before the player may move through the region. Human outlaws, demons, werewolves, and other vampires are among their foes.

There are also boss encounters in the game, in which the player must face a much stronger monster who regular adversaries support. While the path chosen for you and your adversaries may not be very difficult, clouting werewolves and draining the life out of human guards is something that begins and continues to be enjoyable throughout.

Finding new pieces of fantastic-looking amour, purchasing and exchanging stuff for better and bigger weaponry, and deciding what kind of person you want Jeremy to be: should he do anything to aid his human counterparts, or should his acts benefit the vampires instead are all fun facets of this game. Another positive aspect of the game is that the visuals increase after you’re handling the blood-sucking human and the half-dressed vampiress. The environment and surroundings convey the world better than the cutscenes.

The subtle colours and plain scenery create a perfect background for the arcade-style gameplay. In terms of controls, controlling both characters is quite simple, with combination strikes building seamlessly regardless of your character choice. Switching between the two is also seamless, which comes in handy whether you need Alysa’s bow abilities in a hurry or need to punish an up-and-personal beast with Jeremy’s sword. 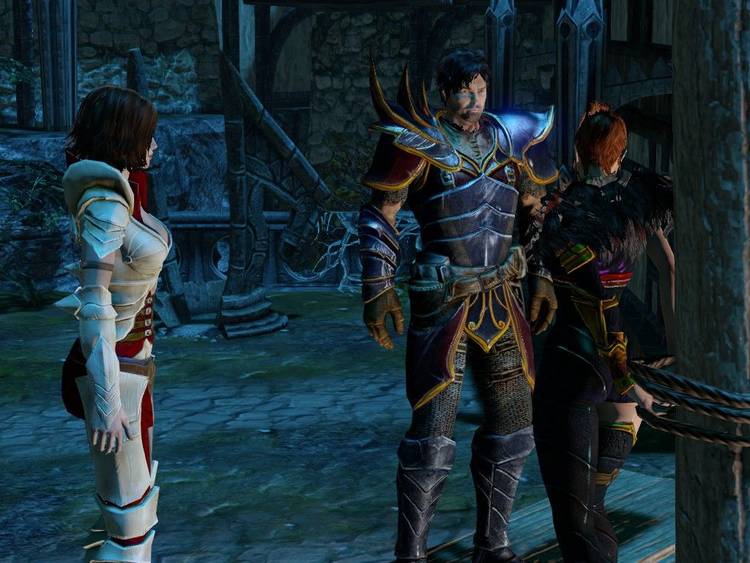 Like many arcade games like Warhammer: Kill Team, this game is best played with a friend. However, solo gamers should not be deterred from playing Blood Knights, especially if they are seeking the same thing. Jeremy and Alysa may not be the best or most memorable human/vampire pairing in pop culture, but they don’t sting like butterflies or fly like glittering, daylight-loving bees, and they receive a high five for that.

It’s a short and sweet game that you will complete in no time, especially if you skip the cutscenes which need to be forgotten.

Let us know what you thought about this video in the comments below, and if you enjoyed it, do drop in a like and share it with your gamer buddies out there, and don’t forget to subscribe to Marvelous Gaming.