In the Paramount+ original documentary SECRETS OF THE OLIGARCH WIVES, the women partners of the oligarchs who installed President Vladimir Putin in power risk everything by disclosing the SECRETS OF remaining in the iron-willed dictator’s good graces and the price some have paid for speaking out. Starting on Tuesday, June 28, the 90-minute documentary will be streamed.

The women create a terrible portrait of a spiteful, petty despot who was envious of their lifestyles, saw betrayal everywhere, forgave nothing, and settled all scores. They share tales of deceit, betrayal, and maybe murder. They endanger their own lives by doing this.

“There are repercussions whenever you enter into a deal with the devil. Dealing with the evil side will eventually come back to haunt you “says Tatiana Fokina, whose lover Yevegny Chichvarkin had a net worth of more than $1.5 billion at one point.

The oligarchs and other wealthy Russians have been shocked by Putin’s invasion of Ukraine, placing them in the sights of the West. Even though they are exiles and have been excluded from the leader’s inner circle, their assets have been frozen and their properties have been taken.

After the Soviet Union’s dissolution, a limited group of Russian businesspeople acquired control of significant businesses, which led to the rise of the oligarchs in the 1990s. Their extravagant fortune, which included multimillion dollar yachts, private jets, and sizable estates, was shared by their wives and companions. Because they thought President Vladimir Putin would be their puppet, the oligarchs felt invincible.

According to Alexandra Tolstoy, whose spouse is tycoon Sergei Pugachev, who was formerly thought to be worth $2 billion, “Putin would much prefer to have been an oligarch than to have been president.”

Up to his exile in London, Pugachev was referred to as Putin’s “banker.”

In SECRETS OF THE OLIGARCH WIVES, these ladies speak the truth, even though doing so could put a target on their backs and make it hard for them to travel to see relatives in a nation ruled by a man who never forgives.

Fokina declares, “Going to Russia now would be suicide for me, and I know what I’ve said will land me in jail.”

Live sports, breaking news, and a tonne of entertainment are all combined on Paramount+. The top streaming service offers a huge selection of original series, top television programmes, and well-liked films in every genre from well-known production companies and brands including BET, CBS, Comedy Central, MTV, Nickelodeon, Paramount Pictures, and the Smithsonian Channel.

Additionally, the service offers exclusive streaming rights for major sports franchises, including some of the biggest and most well-known soccer leagues in the world, as well as unrivalled sports programming, including every CBS Sports event, from golf to football to basketball and more. In addition to additional live channels including The CBS News Streaming Network, CBS Sports HQ for sports news and analysis, and ET Live for entertainment coverage, Paramount+ users can view local CBS stations live across the United States.

For Paramount+, CBS, the Paramount Global television networks, international distributors, and third-party platforms, See It Now Studios develops and produces original documentaries and docuseries. The 26th Street Garage: The FBI’s Untold Story of 9/11, Race Against Time: The CIA and 9/11, and interview specials with Halle Berry and Chris Rock are just a few of the works that See It Now Studios has created since its founding in September 2021. The CEO of See It Now Studios is Susan Zirinsky.

Where to Watch Secrets of the Oligarch Wives (2022)? 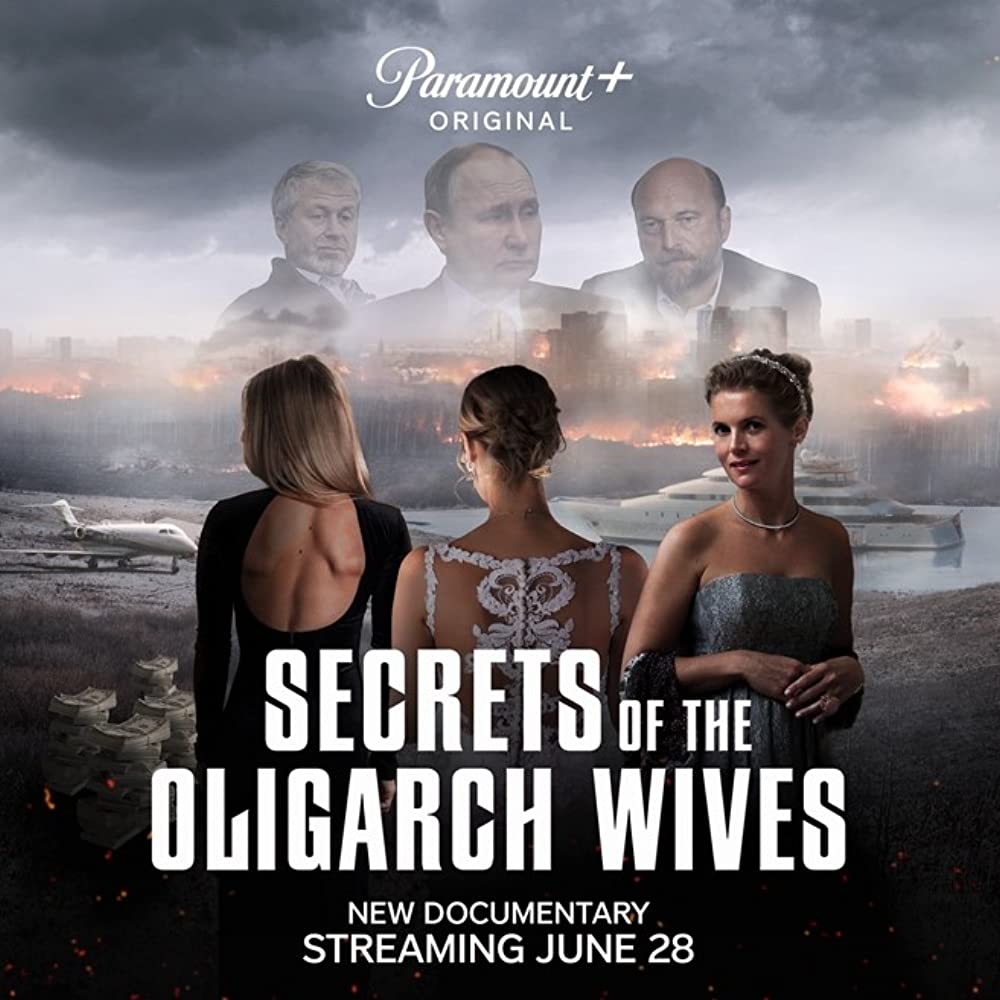 Secrets of the Oligarch Wives (2022) will be premiering on Paramount+ on June 28, 2022. We do not recommend illegal streaming and always suggest paying for the content you like to watch.

Is Secrets of the Oligarch Wives (2022) available on Amazon Prime?

Amazon prime will not be streaming Secrets of the Oligarch Wives (2022). Additionally, several other films are streaming on Prime. Our recommendations are The Voyagers, It’s a Wonderful Life, Notting Hill, and Eternal Sunshine of the Spotless Mind.

Is Secrets of the Oligarch Wives (2022) available on HBO Max?

HBO Max will not be streaming Secrets of the Oligarch Wives (2022). However, HBO’s subscribers can enjoy its other popular streams like Euphoria, When Harry Met Sally and Promising Young Woman.

Is Secrets of the Oligarch Wives (2022) available on Hulu?

Secrets of the Oligarch Wives (2022) is not available on Hulu. The new release line-up additionally includes Pam and Tommy, How I Met Your Father, Abbott Elementary, and Vikings.

Is Secrets of the Oligarch Wives (2022) available on Netflix?

Secrets of the Oligarch Wives (2022) will not be available to stream on Netflix. However, other brilliant shows like The Power of The Dog, The Social Network, Tick, Tick, Boom, and much more are available.