Slitterhead – Everything We Know So Far

A thrilling horror game has not been available for gamers in a long time. But lately, genre devotees are in luck. Keiichiro Toyama revealed that Bokeh Game Studio was creating the new horror game Slitterhead in 2021.

Toyama has so far only said that the game is intended to be played from a third-person viewpoint. One of the pioneers of the genre, Keiichiro Toyama, is the creator of classic titles like Silent Hill and Forbidden Siren. It is highly advised to see Slitterhead because it might wind as being an unexpected indie hit.

WHAT DO WE KNOW SO FAR 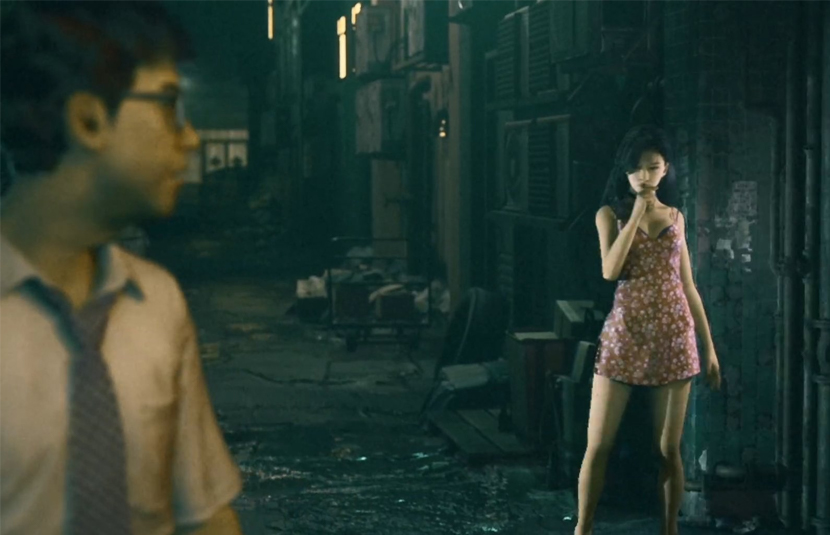 With what can only be referred to as one heck of a teaser, Slitterhead was introduced at the 2021 Game Awards. As depicted in the trailer, the game’s eerie atmosphere undoubtedly adds to its enigma. With Akira Yamaoka of Team Silent fame joining the game’s creation, Slitterhead appears to be a strong contender for becoming one of the finest games in the horror genre. But as explained by Toyama, this is not the quintessential horror game that revolves around killing hordes of enemies. Instead, with a mysterious tale and novel action gameplay, it uniquely tackles horror.

The designers wanted to make a game that was not necessarily a true blue horror game but would infuse action and drama elements to appeal to fans of various other genres. Since the game will examine life, death, and the process of decay in daily life, some of the developments and graphics will unavoidably be extremely disturbing. The developers want to represent horror in a way that the player feels more immersed. The developers are prioritizing entertainment above anything else.

The game’s setting, which the trailer suggests is an unnamed Asian metropolis full of run-down high-rises and businesses with Chinese signage, is a fictitious place, according to Toyama. The city appears to have drawn extensively from Hong Kong in the 1980s and 1990s. Slitterhead will be third-person, but based on the creators’ statements, it seems that players will be able to switch between several points of view.

The teaser begins with a man in a suit strolling along a dim alleyway lined with trash. Then, from behind the man, a woman enters wearing a dress. She gives him a quick smile before her face cracks apart, showing a gaping mouth of sharp fangs. She becomes an arachnid-like skeleton creature as her neck lengthens.

In the clip, seemingly normal citizens of this metropolis abruptly change into monstrous life forms, adding a degree of gore and body horror. The player will have to face enigmatic creatures that may pass for people in the game, but Toyama wants to see how the players will lure them out to expose who they are, which will serve as a key tenet of the adventure and the narrative. The game has a monster known as Yakushi, a type of monster with origins in classical theatre.

Slitterhead’s release date is currently unconfirmed; however, Toyama stated in an interview before the game’s announcement that the studio’s first PC project will arrive in 2023. Bokeh stated in that interview that it was eager to release Slitterhead on as many console systems as possible, so at the absolute least, the game’s PS5 and Xbox Series X iterations are plausible.

When asked about the DLCs of the game, the makers said that they would focus on making a solid statement with the main game before thinking about a DLC version. They also mentioned that they aren’t apprehensive about working on a DLC if they come across high demand for one from their gamers.

It seems unlikely that the release will happen soon, since, as of now, the developers are getting ready to finish the primary idea verification of the prototype, after which they will expand the crew and begin full-scale production. They will be committed to production through at least the end of 2022 but will update their supporters on the project’s status as it develops. But it seems likely that the game will be released sometime in 2023. Even though it might seem like a long time, 2023 is just a few months away. Since the Slitterhead trailer premiered last year, fans of the genre and the team’s previous work have undoubtedly been curious about what to anticipate from this brand-new title. It’s difficult to predict precisely how Slitterhead will play when it is finally released. The game has vast potential and has all the elements of becoming a genre-defining game along with garnering critical and commercial success. The wait for a game of this caliber is worth going by what the trailer had to offer.