Everything We Know So Far About Solo Leveling

Manhwa has experienced significant growth in popularity in the manga and comics industries in recent years. Manhwa, which are simply manga-style comics produced by Korean artists, have several trends that set it apart from its Japanese, Chinese, and Western counterparts. No manhwa does this as well as the bestselling manhwa Solo Leveling.

According to its Korean name, Solo Leveling, often referred to as Only I Level Up, is a manhwa that focuses on an alternate reality in Korea where monsters from another planet are rampant. Governments have authorised the development of “hunters” with abilities to fight the monstrosities that invade Earth in order to safeguard the people of the planet. Audience should be aware of a few things before beginning the manhwa since it centres on these hunters and offers an intriguing fusion of fantasy and reality.

Solo Leveling is still quite popular even though the manhwa officially finished quite some time ago. Readers still have a lot to say about Chugong’s popular manhwa, with the current anime adaptation leaving a positive impression and the finale evoking unexpected thoughts for the series. However, this post will be updated to improve clarity and provide readers who are interested in starting the series with additional information about the realm of solo levelling.

After consistently producing well-liked stories for years, “Solo Leveling” is now getting an anime adaptation.

The 2022 Anime Expo Industry Panel made the announcement. The programme will debut on Crunchyroll in 2023, which is fantastic news for fans who have been following this plot for a while. Chugong’s South Korean online fiction “Solo Leveling” had its origins there. Since then, the narrative has gone through several variations as a digital comic and webtoon, including printed English editions.

The fantasy setting of “Solo Leveling” has characters referred to as Hunters. The primary Hunter we follow is Sung Jinwoo, one of the weakest Hunters present until a mystery power enables him to level up. These Hunters have magical talents. He exceeds many of those who believed he would always be weak as he steadily gets stronger.

Here is more information on the upcoming Crunchyroll adaptation that you can watch come to life like never before.

Chugong, the lone creator of Solo Leveling, a fantasy online book, is a South Korean citizen. The Solo Leveling series is all the author has written so far, but because to their talent, the series has been a big hit.

In addition to Chugong, D&C Media also published the series, which was also made available to South Koreans on KakaoPage. The series is available on Webnovel for English speakers and Piccoma for Japanese speakers. 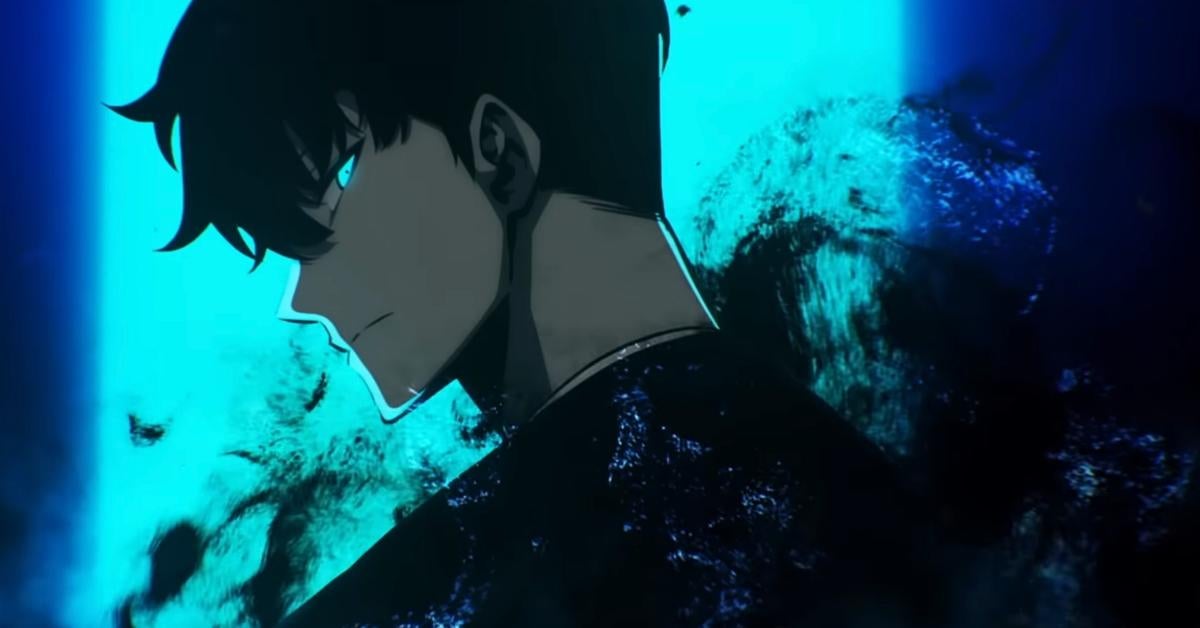 Over the past several decades, the genre of modern fantasy has become increasingly popular, particularly in the manga sector with works like A Certain Magical Index and Noragami. Solo Leveling is the ideal illustration of a contemporary fantasy narrative manhwa, which is loosely described as a fantasy story (or a universe with fantasy elements) centred in the modern world.

The realm in which contemporary South Korea lives is inhabited by monster-spawning gateways known as Dungeons. The world has established organisations known as Hunter Guilds that assemble teams of tanks, healers, and other individuals with specialised skills in order to resist this expanding menace. The tale primarily borrows ideas from role-playing games and fantasy books, making it ideal for lovers of manhwa who also want to play these kinds of games.

The majority of popular series in the manhwa and manga worlds began as either light novels or web novels (see A Certain Magical Index and Who Made Me A Princess). Solo Leveling is not an exception; prior to its manhwa adaption, it was a web novel.

A lot of different media have been adapted as a result of the series’ fast success with both Korean and international viewers. A video game and current American drama production are both based on the same series. However, sadly for fantasy-loving anime lovers, Solo Leveling does not have an anime adaptation (yet.)

The narrative of Sung Jin Woo is the main theme of the manhwa Solo Leveling. Sung Jin Woo, a novice hunter, is regarded by the community as the worst hunter in South Korea. But as the title indicates, Sung Jin Woo finally gains a power that enables him to gradually level up his skills.

Sung Jin Woo, of course, makes for a hero that viewers can relate to. His serious demeanour is balanced by an endearing sense of humour (both in the series and among the audience). Sung Jin Woo’s ability to adapt throughout the narrative keeps readers on the edge of their seats.

The manhwa, which was first released in 2018, still has a lot of life in it. The realm of solo levelling has a lot of narrative and history, which lends the manhwa its distinctive intricacy and suspense. As a result, readers may anticipate reading a lot of content. 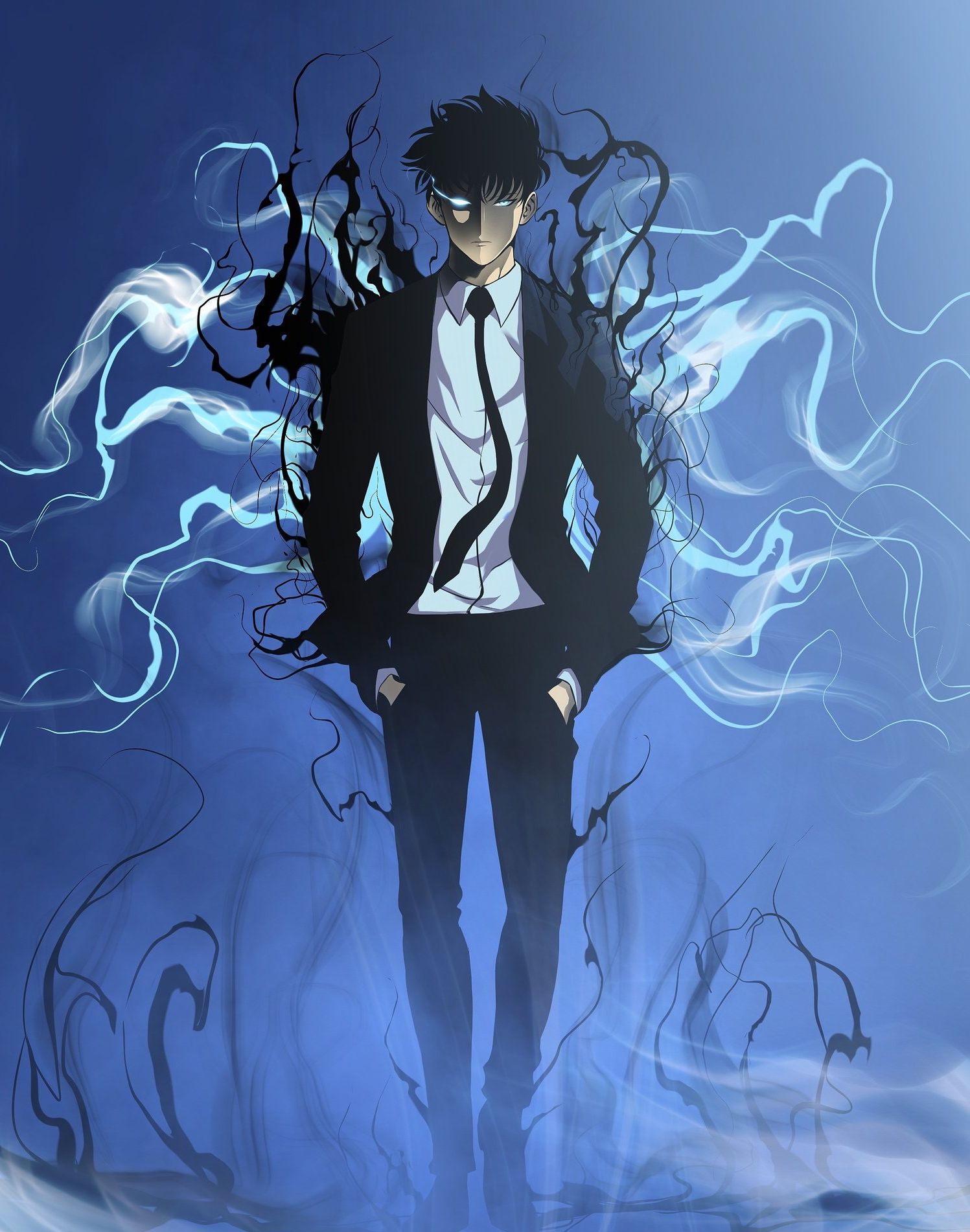 Despite the series’ recent existence, there is a lot to read for those who want to begin solo levelling. The manhwa, which had 13 volumes published, ended at chapter 179 of the online book. In the end, Solo Leveling is the ideal series for readers who wish to read a long-running book series.

Solo Leveling isn’t for everyone, much like many manhwa of its sort. Granted, the series stays within the bounds of acceptable nudity. However, as one might anticipate with monsters assaulting Earth, the themes of the novel and manhwa may occasionally be rather gloomy.

There are a few parts in the manhwa that could be unsettling for those who are sensitive to gore, so they should probably avoid reading it. However, viewers who can see past the dark picture will discover a novel full of intriguing viewpoints and character interactions.

Numerous characters are typical in books, especially those where world-building and character growth are the primary concerns. However, having a large cast of characters might be challenging to read if the reader is unprepared, as fans have seen with Solo Leveling.

Over 19 significant individuals who are crucial to the story’s main narrative can be found in Solo Leveling. And it doesn’t even including supporting cast members who only sometimes appear in the story. Taking notes may be quite helpful when completing Solo Leveling because it might be challenging for readers to recall every element of the tale.

Solo Leveling is a series that is rich in lore and includes a large cast of characters, just like the tale. The manhwa is a masterwork for readers who are interested in the entire universe, from the complicated world inside the portals where the monsters originate to the sophisticated systems of governments and hunter guilds on Earth.

However, Solo Leveling might not be the greatest initial option for those hoping for a straightforward action-packed adventure. Despite the fantastic battles and stunning scenery, readers who have problems remembering crucial characters and narrative details might wish to take notes.

Solo Leveling’s basic format is similar to that of the majority of other manhwa (and webcomics). To read more, readers will have to constantly scroll down the page rather than turning to individual pages.

Of course, viewers accustomed to both Western and Japanese comics may find this off-putting. Additionally, Solo Leveling reads from left to right, up to down, similar to how Western comics do. When beginning to read the manga, readers may wish to bear this in mind.

Naturally, the majority of potential readers are aware that Solo Leveling is a well-known manhwa series. However, a lot of people are unaware of how well-liked the series actually is.

One of the most popular manhwa series overall, Solo Leveling also has a sizable fanbase. The series’ Korean website alone has at least 2.4 million subscribers. This ultimately implies that viewers will discover a large community of other viewers to watch the series together. The animation, according to Crunchyroll, will be produced by A-1 Pictures and directed by Shunsuke Nakashige. There is a small teaser to give viewers an idea of the tone they may expect from the upcoming series, despite the fact that not much is known about it just yet. The teaser doesn’t provide much in the way of a narrative, but it does include some of the creatives who will bring the anime to life, such as Tomoko Sudo for character design and Hiroyuki Sawano for soundtrack.

The announcement included a trailer as well as a personal statement from Chugong, who said, “When I was writing “Solo Leveling” around six years ago, if someone had told me, “The novel you created would become a comic,” I’m willing to bet I would have told them to quit kidding about. But now you’re telling me it’ll be animated, right? Seriously, don’t make me feel bad! … However, I’m delighted and excited right now. I want to see Jinwoo and the other characters become animated soon because I’m still unsure whether or not this is genuine. I’ll continue to give my best effort while anticipating that day.”

DUBU is a musician for the “Solo Leveling” comics also published a statement announcing the anime premiere of the game. We recently received an offer for the anime adaptation, yet it seems like yesterday. When I consider that the anime is actually being developed right now, I feel completely overwhelmed. All of this is a result of you fans’ love and support for “Solo Leveling.” I’m overjoyed with thanks. I sincerely appreciate it. Please assist the animation production crew as well. I’ll be overjoyed if this animation provides readers with fresh fun.”

Sometime in 2023, “Solo Leveling” will be accessible on Crunchyroll.