The Drover’s Wife: The Legend of Molly Johnson is a powerful and harrowing drama that tells the story of one woman’s battle to survive in the harsh Australian outback. Based on the classic short story by Henry Lawson, the film follows the eponymous character as she struggles to keep her family alive in the face of brutal conditions and constant danger.

While the film was set in the 19th century, its themes of love, loss, and determination are universal, and Purcell’s performance is sure to resonate with audiences long after the credits have rolled. With stunning cinematography and an outstanding cast, The Drover’s Wife is a film that should not be missed.

“The Drover’s Wife,” tells the story of a woman who is forced to fend for herself and her kids in her husband’s absence and who works as a drover. Although she is lonely and often struggles with hard work, she is a fiercely independent woman who is determined to make a life for her family on the land. With beautiful cinematography and a moving performance by stars like Leah Purcell, Rob Collins, and Sam Reid, “The Drover’s Wife” is sure to be one of the most talked-about films of 2022. 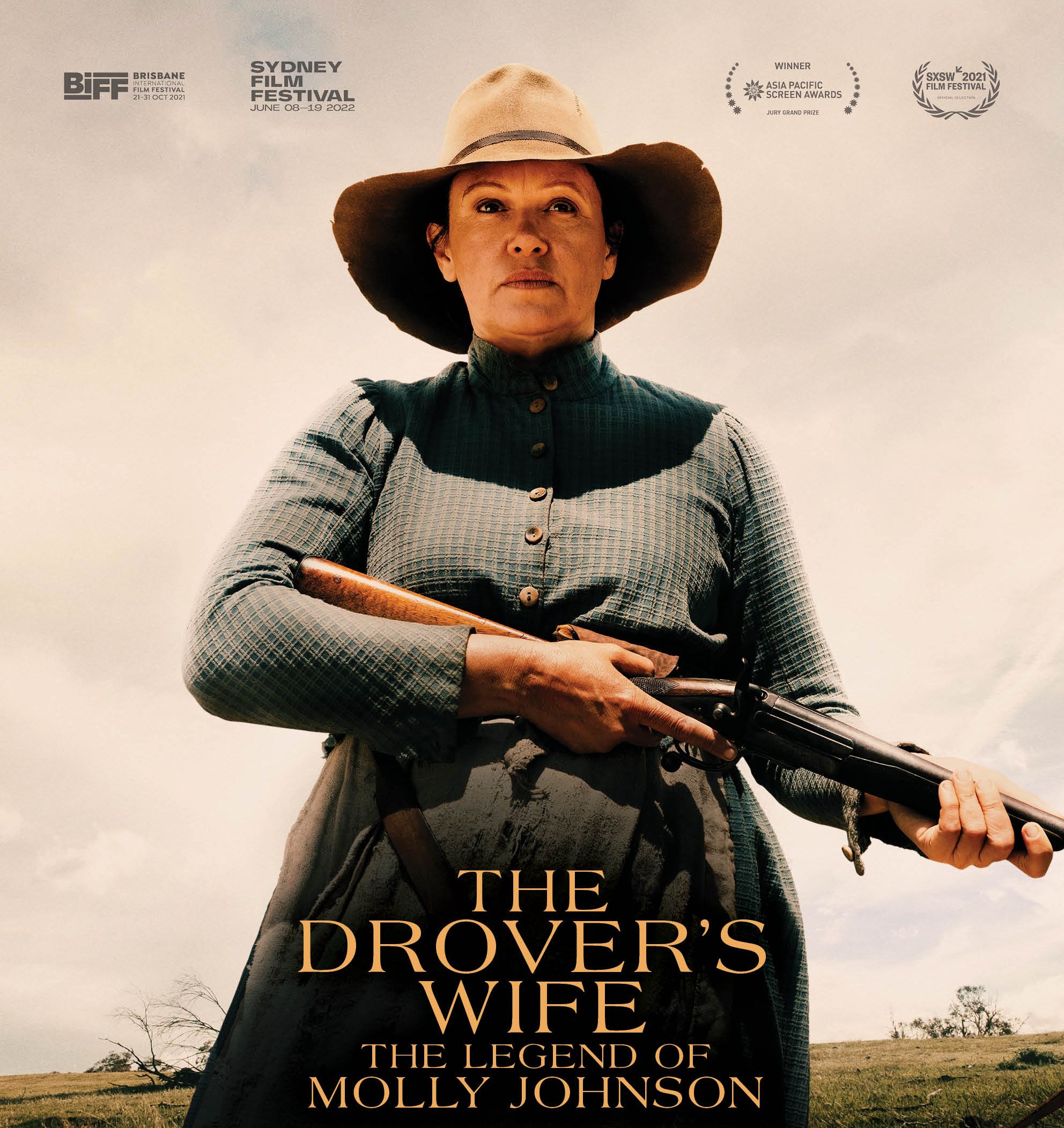 No, the show is not based on a true story. However, The Drover’s Wife is a reworking of Henry Lawson’s 1892 short story of the same name. However, the plot deviates significantly from the original, as developed in Purcell’s earlier award-winning play and novel. The story is set in an isolated outback location in the High Country in the colony of New South Wales, near the border of the colony of Victoria. It narrates the story of a woman living with her children in an isolated outback location. Purcell re-imagines Lawson’s story through an Indigenous feminist lens, inspired by her own lived experience and the stories of her ancestors. The character of Yadaka was inspired by Purcell’s great-grandfather, Tippo Charlie Chambers.

Molly Johnson is a tough, practical woman who knows how to take care of herself and her four children. So, when a stray bull wanders near her home, she doesn’t hesitate to shoot it. But when the new sergeant of the district, Sergeant Klintoff, turns up with his sickly wife, Molly agrees to take them in and share her food. In exchange, they agree to take her children to the settlement for safekeeping while she has her new baby. This act of kindness sets in motion a series of events that will change all their lives forever. The Drover’s Wife is a heart-warming story of hope and determination in the face of adversity.

Purcell’s debut film is a powerful and moving story about one woman’s fight to provide for her family in the face of great adversity. Set against the stunning backdrop of the Snowy Mountains, The Drover’s Wife is a visually stunning film that captures the beauty and harshness of life in the outback. Purcell gives a standout performance as the eponymous character, and she is supported by a strong cast of supporting players. The film is a must-see for fans of Australian cinema, and it will surely leave a lasting impression on all who see it.

The Drover’s Wife is a hard-hitting film that tells the story of a woman struggling to survive in the Australian Outback. The film follows Molly Johnson, a pregnant woman who is left alone to care for her children on a farm far from town. Despite the difficult conditions, Molly does everything she can to protect her children. The film precisely portrays the lives of women in the outback, and it is sure to leave audiences both moved and disturbed. The Drover’s Wife is a powerful film that is not to be missed.

The film explores the dramatic elements of the Australian Outback, including the lawless nature of the land and the hard-nosed people who live there. The film also examines the role of women who contributes to the welfare of the family and how they are often treated as pawns by men. Despite all of these challenges, Molly Johnson is a strong and determined woman who does everything she can to protect her children. The Drover’s Wife is an engaging and thought-provoking film that provides a unique glimpse into the lives of those who live in the Australian Outback.

The woman must fight for her life against the snake, as well as against the loneliness and isolation of life in the bush. The film explores the themes of thrill, suspense, and survival in a remote and dangerous environment. It is an exciting and suspenseful tale that will keep audiences on the edge of their seats.

The film highlights the strength and determination of Australian women. It is sure to be a heart-wrenching and inspiring film that will stay with audiences long after they leave the theater. The film is set in the 19th-century Australian outback. The Drover’s Wife is a critical examination of the struggles of early settler life in Australia and the hardships faced by women in particular.

While the film was set in the 19th century, the themes and issues explored are still relevant today. The film highlights the strength and determination of Australian women and how they often have to raise their voices and fight to claim their rights in a male-dominated society. The Drover’s Wife is a film that will appeal to fans of Australian cinema. It is also a film that will resonate with audiences who are interested in the struggles of women in a male-dominated society.