One of our favorite characters from the DC universe is John Constantine, who wields magic. Fans have been eagerly anticipating his entrance due to his Lancashire accent, clever retorts, and streetwise abilities. He is unconcerned about threats, and his trickery has tricked demons and deities far more powerful than himself.

He’s sent countless demons and evil spirits back to hell, so he’s probably the last guy who wants to visit hell and face his enemies. We’ll chat about his latest short from the DC showcase, “Constantine: The House of Mystery,” in today’s video. The short animated film is a sequel to Justice League Dark Apokolips War, which will be released in 2020.

It was written by Ernie Altbacker and directed by Matt Peters. The plot was influenced by modern Doctor Who, and it’s first unclear how Constantine wound up imprisoned in it, leaving us all wondering what happened to reality once Flash created another flashpoint with the help of John’s magic. In his stories, John Constantine hasn’t always been the nice guy.

He is frequently labeled as a con, a trickster, or a fraud, and is doomed to spend eternity in hell. During his early days as an exorcist, his irresponsible activities resulted in the death of a young girl, whose soul was abducted by a demon. With that said, let’s get started on today’s video, in which we’ll tell the narrative of “Constantine: The House of Mystery.”

IT ALL STARTS FROM HERE 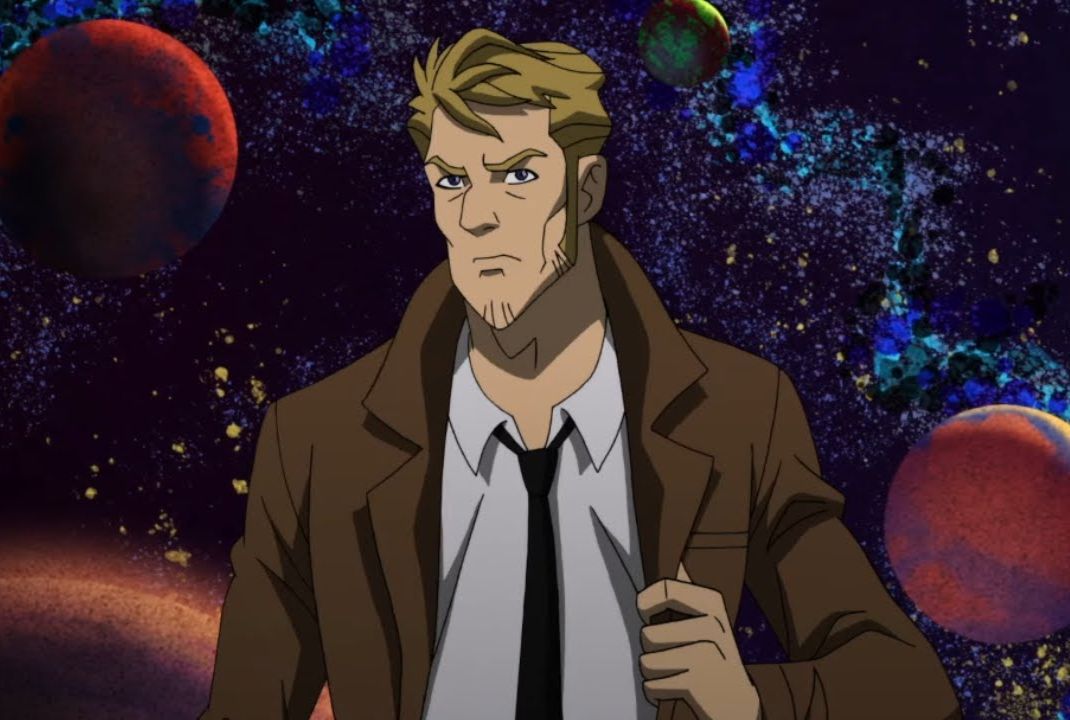 The 2020’s animated film Justice League Dark: Apokolips War made the superheroes live in a devastated world. Superman led the Justice League in attacking Apokolips as he suspected Darkseid of devising a global attack on Earth. According to his plan, they would arrive at Apokolips and take Darkseid by surprise, but Darkseid was aware of it as he had hacked into Cyborg’s system and monitored every single action of the Justice League.

When the team of Superheroes arrived on Apokolips, they were greeted by Parademons infected with Doomsday DNA, also called Paradooms. The creatures massacred many of the Justice League members and captured a few. Darkseid tattooed the House of El symbol on Superman’s chest with liquid Kryptonite rendering him powerless and weak. However, two years later, Superman and Raven find John Constantine, who had fled from the battlefield. They are now in a world where Darkseid had won and conquered Earth.

They form a team with the remaining Superheroes and Villains and plan an attack on Darkseid and blow the source generator of Apokolips. On arriving at Apokolips, they find Flash running on a treadmill working as the power generator for Apokolips. They rescue Flash and Constantine works a sleeping spell on frenzied Barry Allen. Upon casting the spell, Constantine gets a psychic flashback of Barry Allen’s visions, after which he declares that Flash is responsible for the war with Apokolips.

When he had tried to save his mother by going into the past, he created a flashpoint that caused the war and everything that followed. The team has to then face off against a few of their teammates who had been mutilated and experimented on by Darkseid with Cybernatic enhancements. In a fierce battle between the two sides, Constantine frees Trigon, and they finally manage to defeat Darkseid.

However, the victory was not worth the loss they had or the world had incurred. Many members of the Justice League had been mutilated and experimented on, and many died. John Constantine then asks Flash to create another flashpoint and go to the past to prevent any of this from happening. Flash runs for another Flashpoint, and the movie ends, and this is where the story shifts to a mysterious house where John is old and has lost a few pounds. This house is The House Of Mystery, and John is trapped in it for eternity.

CONSTANTINE: THE HOUSE OF MYSTERY 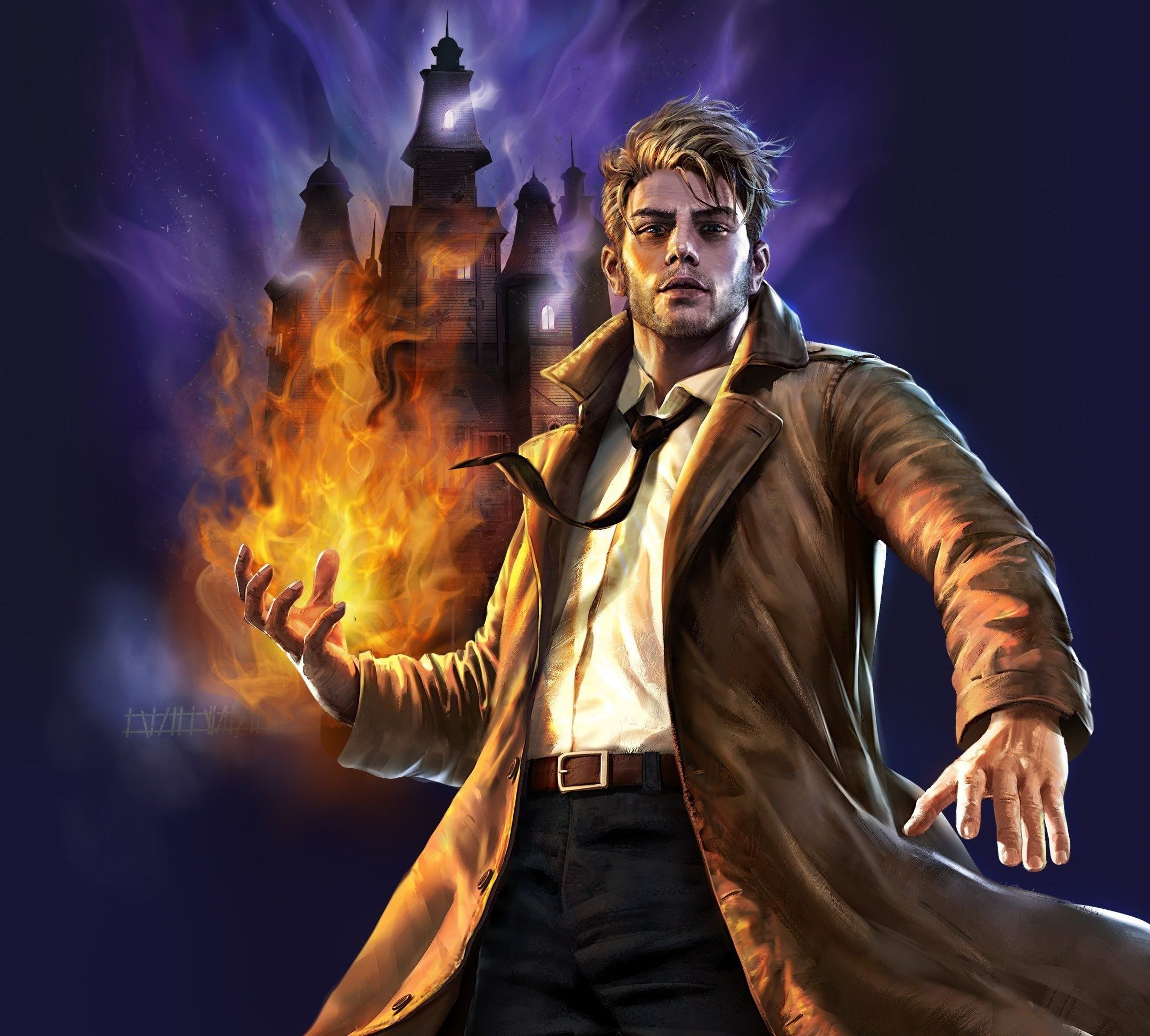 The plot opens with an older version of John Constantine in a house with never-ending stairs and doors. He opens the first door to find his friends and Zatana greeting him. John now has two kids, Della and Jack. Though John is perplexed and remembers nothing, he welcomes them warmly before they start coughing and spitting blood. Soon all the members present in the room begin coughing, and in a moment, everyone is dead.

John screams for help when the same deceased members wake and transform into monsters and kill him. Soon he again wakes up and finds himself in the same place and opens another door where his friends are playing cards and waiting for him. John joins them, but his friends transform into the monsters amidst the game, and Etrigan tears him apart with his burning sword. He again finds himself in the same place and tries another door where Zatana greets him on her bed. With her sultry appearance, she seduces John, and they plan to make love that night.

However, Zatanna transforms into a succubus and snaps John’s neck before things can get better. The next time John is at dinner with his friends and Zatanna, but he is alert this time. He goes to the washroom and casts a spell to look into the past, where he finds his younger self in front of Spectre. Because of his attempt to reverse back time to reset Earth, he had created waves of disturbance in the reality of the Universe, for which he has been banished and locked up in the House of Mystery for eternity. Before he can learn any further, the monsters bring him back and again shred him to pieces.

The loop continues till finally, John manages to trick Nergus, who had his soul and escape from the House. Upon escaping, he takes a stroll amongst worlds and finds Spectre. John asks Spectre why he’s been after him, and Spectre reveals the truth. He says that his stay in the House of Mystery was more of a gift as he also wanted a life without any trouble for his near and dear ones.

He continues by saying that John had never forgiven himself for his deeds even when the ones who died for him forgave him. John understands and requests the Spectre to send him back, and he would never try to escape from there, but it’s too late. John’s actions have caused harm to the Universe, and the Universe seeks restitution. Spectre tells him that the Universe is a living entity and wants its revenge. We then see a glowing red light consuming John, who screams and begs the Spectre to kill him.

WAS IT JOHN’S OWN CHOICE TO BE LOCKED UP IN THE HOUSE OF MYSTERY?

Although the plot revolves around punishment for John Constantine for meddling with reality, the ending reveals that this life sentence from Spectre was to shield John from his demise. Interestingly, Spectre also explains to John that the House of Mystery was given to John so that he could enjoy his moments with his friends and dear ones. He has transformed them into monsters and brought upon his wrath, and this is because he has never been able to forgive himself.

Now, when the story started, John already looked old, while when he was bargaining with the Spectre early in the movie, he looked young, which infers that during the long period of his stay, he had made some choices that made him live his nightmares in the House of Mystery. We see a glowing red light signifying the living universe consuming John with all that said. This hints in the direction of the crisis on Infinite Earths, but sources are yet to be confirmed.