Vince Marcello returns to Netflix with the third installment of The Kissing Booth series. An American teen romantic comedy, the franchise has gained massive momentum in pop culture. Having followed the journey of Elle and Noah, the audience steps into adulthood with their characters. The screenplay by Marcello and Jay Arnold has been monumental for the success of this trilogy based on the books by Beth Reekles of the same name. With a bittersweet ending that shows how life can be complicated but still beautiful, this teen trilogy has given its viewers a satisfying conclusion. Jacob Elordi and Joey King reprise their roles as Noah and Elle respectively. They are joined by Joel Courtney as Lee, Taylor Zakhar Perez as Marco, Maisie Richardson as Chloe, and Meganne Young as Rachel.

Lee and Noah had a beach house which their parents intend to sell so everyone decides to spend their last summer before college there along with Lee’s girlfriend Rachel. Elle finally decides to go to Harvard to be with Noah. Lee is seemingly disappointed about it. While cleaning the rooms in the beach house, Elle and Lee come across an old beach bucket activity list they had created and to make Lee happier, she promises him that she would tick off everything from the list before leaving for college. 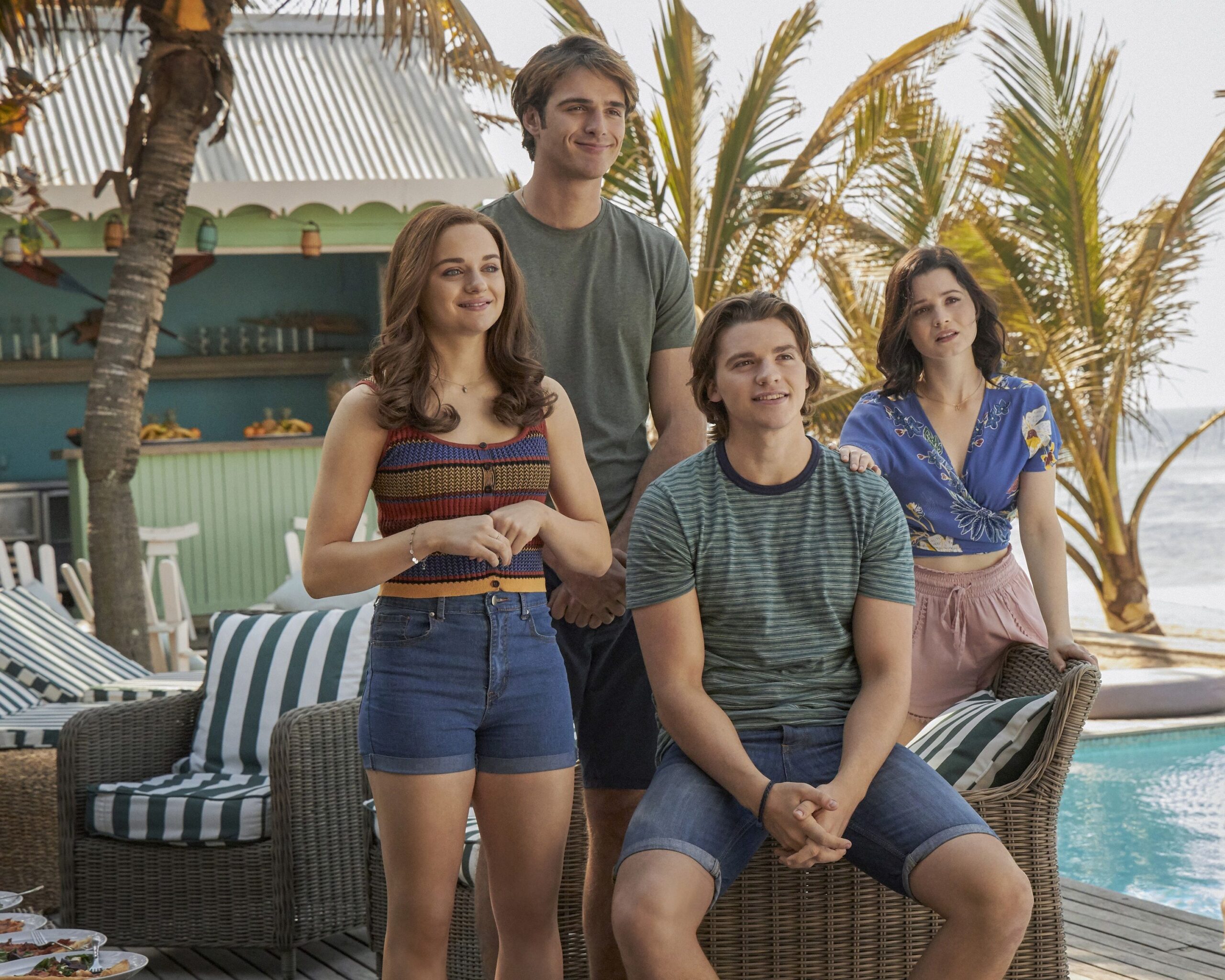 Elle has a lot on her plate here, especially with having to save money before college and her father’s new affair with a woman named Linda. She comes across Marco at a local restaurant where she worked as a waitress and he is still in love with her. With all the responsibilities on her shoulder, she shares her troubles with Marco. Meanwhile, they are joined at the beach house by Noah’s friend Chloe, who Elle wasn’t particularly fond of as she suspected that she had an affair with Noah. Things get more and more complicated with Noah and Marco getting into a rift over Elle.

Things settle down but Marco comes back to the Fourth of July party and punches Noah who chooses to keep him calm. Marco confesses to Elle about still having feelings but is turned down.

Noah finds out that Elle has been accepted to Berkeley and feels that she chose Harvard just to be with him. He feels guilty and takes the fall by breaking up with her so that she chooses her college for herself, leaving Elle heartbroken. She ends up getting into a fight with Lee after missing one of their beach bucket activities and asks him to grow up.

Noah and Lee’s parents choose not to sell the house but things don’t seem to be going well for Lee either as Rachel breaks up with him, fearing possible issues between them due to long distance. Marco apologises to Elle while Elle chooses to focus on herself first and figure out who she is.

The time skips to ‘6 years later’ and everyone has moved on in life. Lee and Rachel seemingly got back together and are engaged. Elle meets Noah again but it is not known whether they get back together.

Elle is seen making all of her decisions based on what would make others happier and seldom making decisions for herself. Noah believes that she should choose whether she wants to go to Harvard or Berkeley of her own accord. Their relationship was also far from being smooth and was riddled with fights. This causes Rachel to break up with Lee as well, as she does not wish to end up like Noah and Elle. But, she keeps the possibilities open as she says that they could find their way back to each other.

Kissing Booth 3 is less about cute, mushy moments between Elle and Noah and more about Elle finding herself and her own identity, choosing to live by her own terms and put herself first. Not only Noah, but his and Lee’s parents also help Elle with understanding that she should try to figure out what she wants to do without thinking about others. 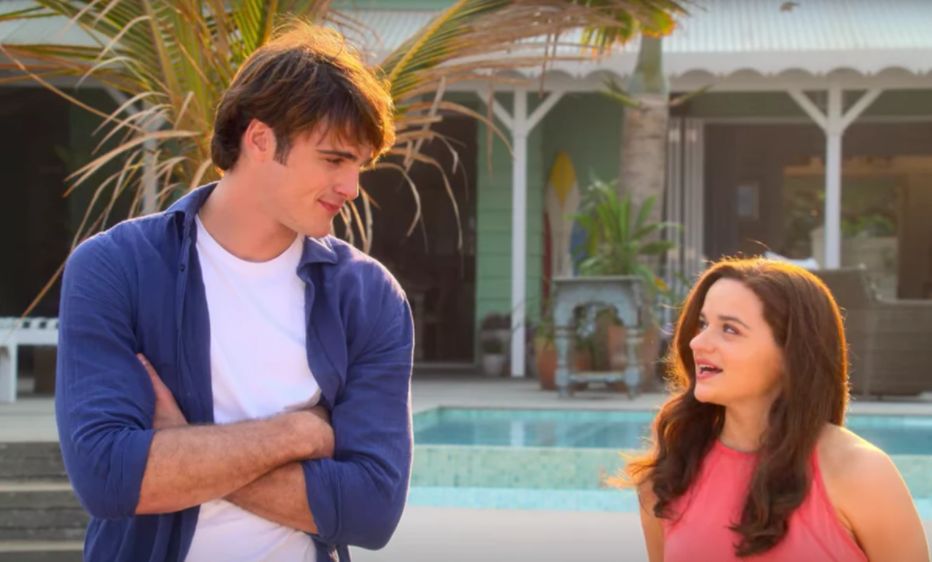 Elle does manage to let go of all the strings that are holding her back and takes the reins of her life into her own hands. Marco apologises to her and she sorts out her dynamic with him, which had gotten sour following his clashes with Noah. The two end on good terms. She explains her intentions to focus on herself to Lee before. She spent her time weighing her options between Harvard and Berkeley to either be with Noah or Lee and in the end, did not pick either.

Elle went on to pursue video game design, something she was hinted to be interested in, at the University of Southern California. Six years since their time at the beach, Elle is seen sporting a short, unique, and individualist hairdo. She has changed and has become her own person. Lee has gotten back with Rachel and the two are engaged now while Elle and Lee pick up their friendship with one another and it all goes back to how it used to be, six years ago. The three are seen at the Charity Fair, just like old times and they come across the Kissing Booth, once again, bringing the strongest moment for nostalgia in the trilogy. They also meet Noah and it is presumably Elle’s first time seeing him after six whole years. Noah reveals that he has job offers in law from Los Angeles and New York City. He has not decided where he is going to go but he does suggest Elle to go on a motorcycle ride with him when he’s in town.

Do Noah and Elle end up together? 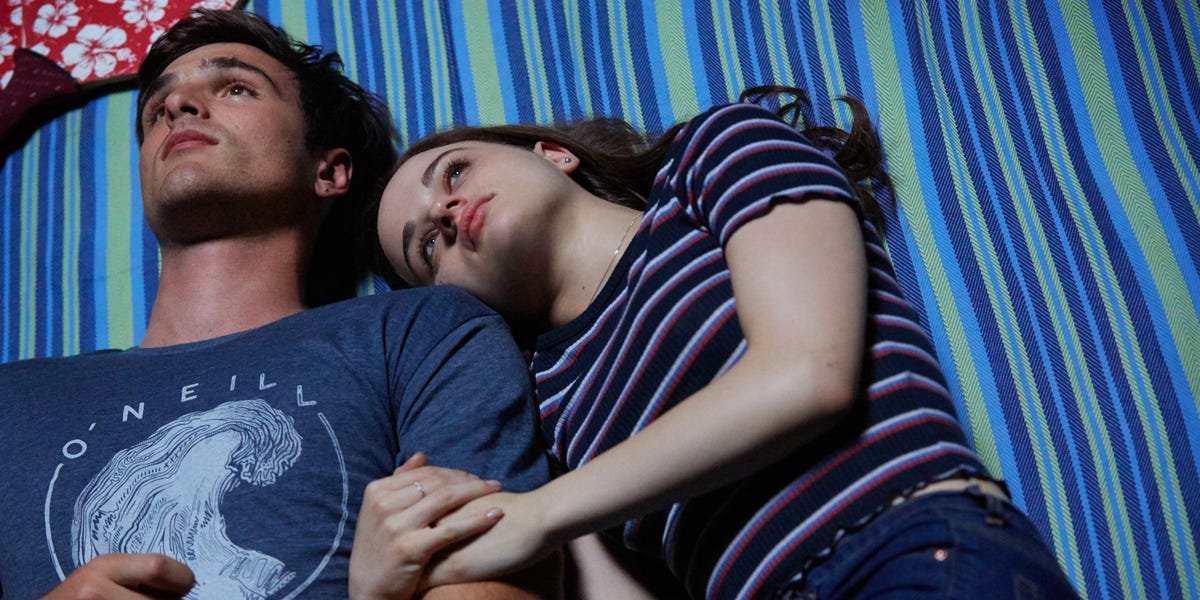 Unlike Lee and Rachel, it is not known whether Noah and Elle rekindle their relationship once again. While being together, their relationship had lots of obstacles, drama, and issues. It would be quite believable if they do not get back together as older, more mature people. However, the love they shared was real, which makes fans want to see the pair together once again. And they’re not on bad terms either. Noah asking Elle to join him for a motorcycle ride feels promising and could be the stepping stone for something bigger. However, the trilogy leaves the ending open without revealing what happens to the pair.

Marco vs Noah! What Had Happened?

Marco has feelings for Noah, which was a pivotal point in the plot of Kissing Booth 2, which focused a lot on the love triangle between Elle, Noah, and him. In Kissing Booth 3, Elle is seen handling more than she can bear as she prepares herself for a life of adulting. She meets Marco in the local restaurant where she worked. During their conversation, she lets loose and confides in him, venting about all the stress and responsibilities. This inevitably results in Marco softening for her once again and it is something he acts on later in the film. 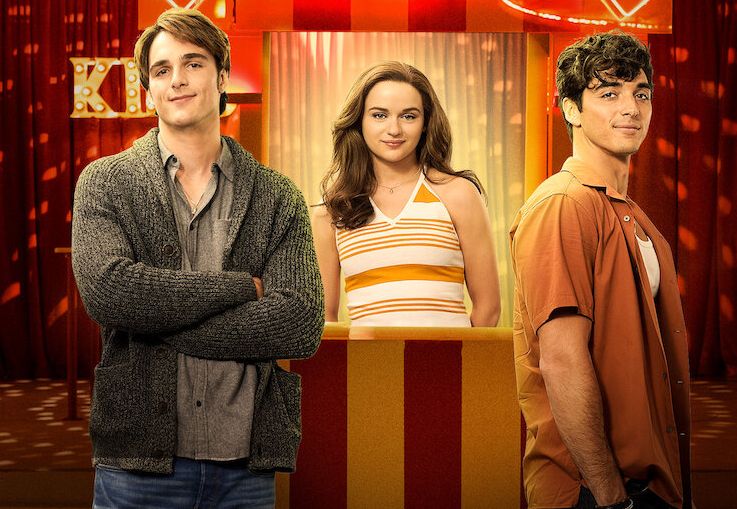 Elle does not realise that Marco still loves her but it is something that is very evident in his action. Noah goes as far as calling Elle ‘embarrassing’ for not realising it. Time and again, Marco keeps showing up to places where Elle is. The tension marinades and irks Noah during one of their beach house parties where he confronts Marco over this. Noah was known for his hair-thin temper as he had a history of violence but the tides turn as Marco becomes the person to pull the first punch. Everyone in the party waits for things to escalate with Noah’s retaliation but this time, he keeps his calm and acts mature by not indulging in a fight and eventually leaves.

Towards the end and before the timeskip, Elle and Marco interact again where he apologises to her. He also tells her about having a gap year before moving to New York where he intends to pursue a career in music. The whereabouts of Marco remain unknown as the movie comes to a close.

What Happens to Elle and Lee’s friendship?

Following her breakup with Noah, Lee expects Elle to fulfil their childhood dreams of attending Berkeley together. But, after being advised by Mrs. Flynn (aka Lee and Noah’s mother) to put her own priorities over that of others, Elle tells Lee that she wished to go down a path of her choice instead of appeasing anyone else. She talks to him about figuring out who she is by herself as it is the main message of the movie. Lee purchases an arcade machine Elle had her eyes on and leaves it with her. 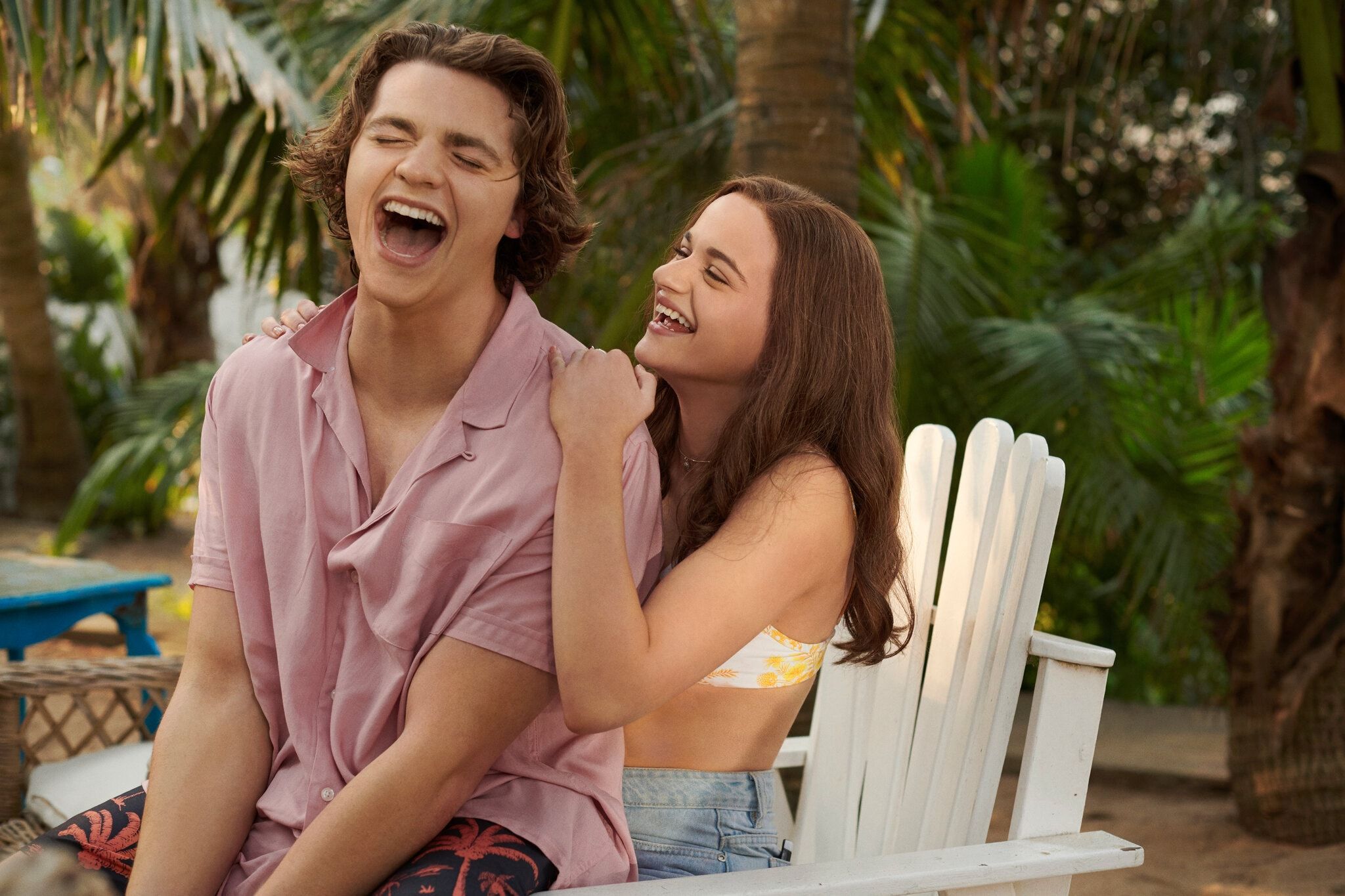 Noah, Elle, and Lee end up attending three different colleges and even though Noah and Elle do not communicate or stay in touch, Elle and Lee do. Elle had added a new rule to their list, “Always call your bestie every time you miss them”, before leaving. The two best friends remain in touch, sharing every notable news with each other and they rekindle their friendship when they meet again after six years.

What happens to the beach house?

The beach house owned by the film acts as the primary setting for Kissing Booth 3. It is a place where Elle, Noah, and Lee made so many of their memories together. Towards the beginning, the Flynns are seen wishing to sell their eighty year old beach house off. Due to its expensive running cost, it was getting hard for them to maintain it, and with college expenses knocking on the door, the only feasible option was to sell it. This also sets up the plot for the movie as everyone is seen living in the beach house to spend time together to create new memories for the days to come. 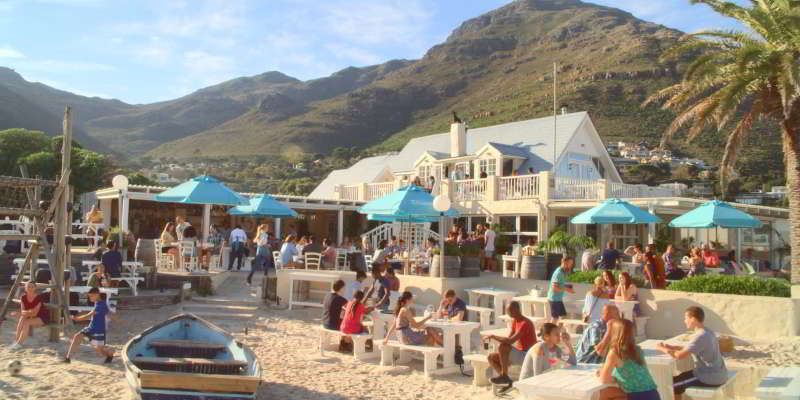 Following all the conflicts and dramas that take place, Noah and Lee’s parents eventually decide not to sell their beach house as it is home to so many fond memories.

Is Kissing Booth 4 in the works?

As Kissing Booth 3 concludes the journey of Elle, Noah, and Lee, one would wonder whether this is the end for the well-loved series. Unfortunately, it is quite unlikely for a fourth instalment. During an interview with Vanity Fair, Jacob Elordi, who plays Noah, was asked about it but he expressed his disinterest in being part of The Kissing Booth 4. 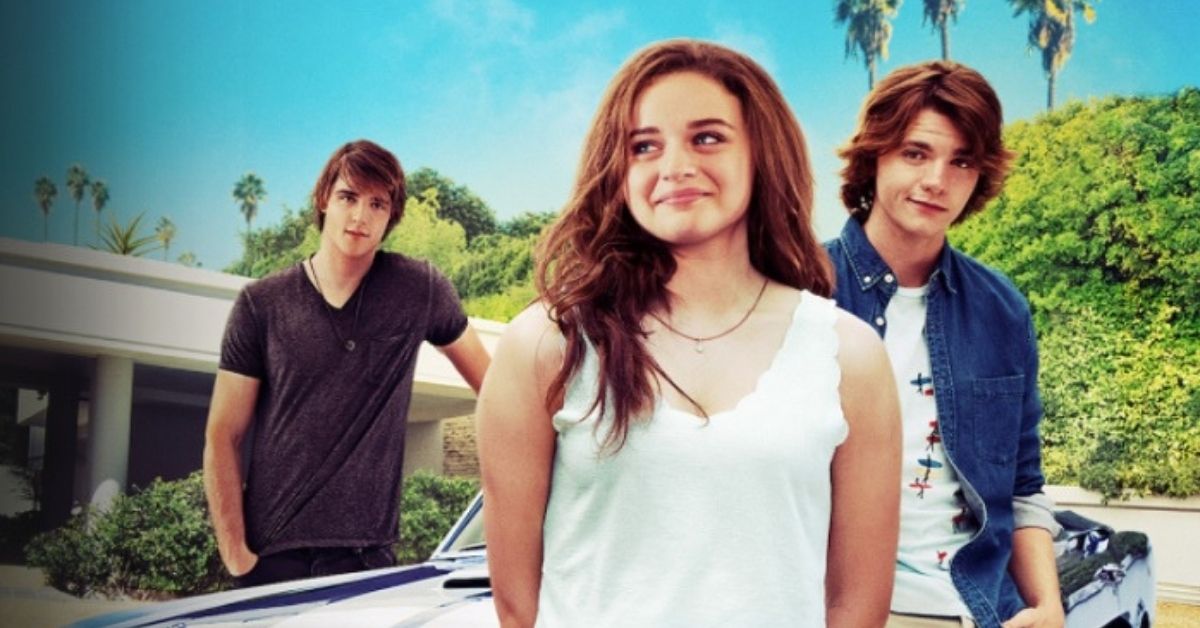 As The Kissing Booth series is based on Beth Reekles’ book series of the same name, they would need more material to follow up with the franchise. However, Kissing Booth 3 catches up to the material, leaving nothing else to be explored for The Kissing Booth 4. The author herself has said that she would not be writing a fourth part.