This Ultraviolent Wolverine Game Is Criminally Underrated Gaming Gem And Will Leave You Satisfied!

This vicious X-Men member has always been everyone’s favorite because he is made of adamantium and is fueled with rage. Yes, of course, we are referring to Wolverine, the menacing anti-hero from the X-men series who enjoys decapitations, mutilations, tank tops, and cigars. Wolverine is also one of the group’s oldest members.

Logan, nicknamed Wolverine, is all ready to make a reappearance exclusively for the PS5 with the release of Marvel’s Wolverine scheduled for 2022! Fans have only seen a teaser trailer for the game, which was unveiled in September 2021 during the PlayStation showcase, so far.

Today, we are going to take a look back at the most recent game that was released—X-men Origins: Wolverine—as gamers around the world eagerly await the next significant release dedicated to the character in a long time. Although the upcoming game, which is being developed by Insomniac Studios in collaboration with Marvel Games and is rumored to be a reboot of the franchise, is not directly related to X-men Origins in terms of plot, the game deserves special mention for the sheer visceral impact of the excessive violence. 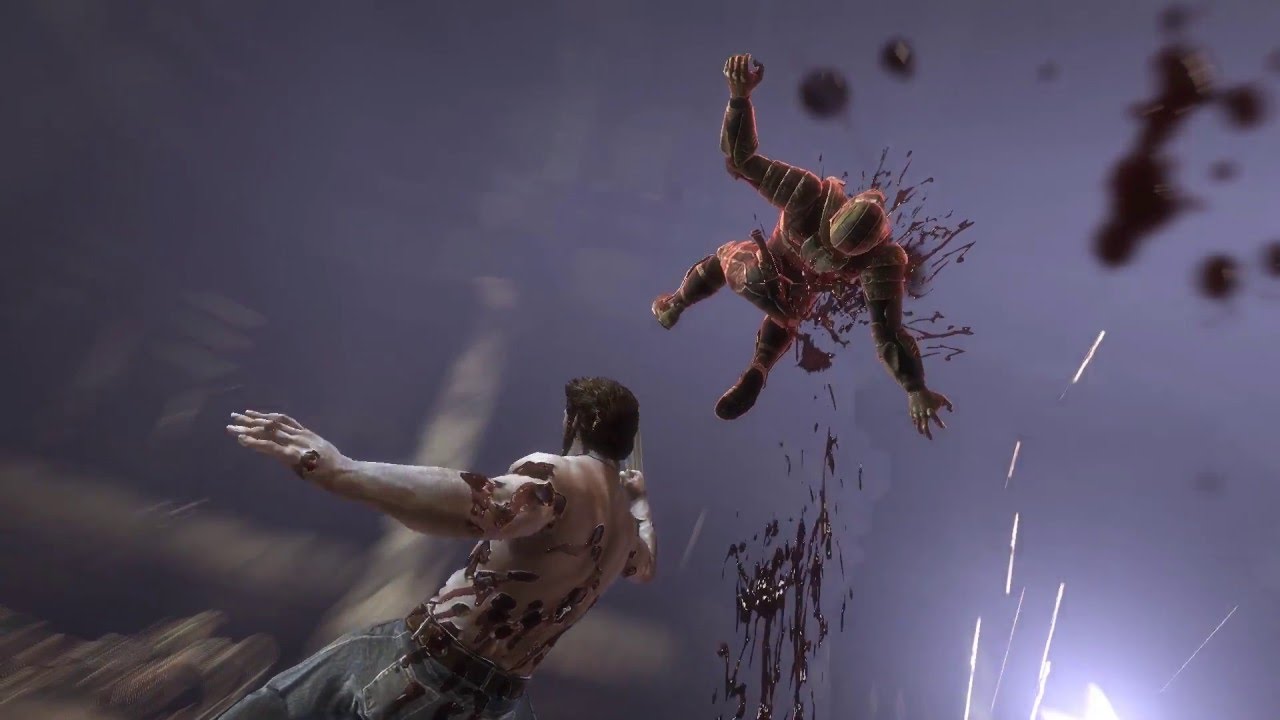 X-men: Origins – Wolverine is a hack and slash single player action-adventure game that was released along the same time that the movie with the same name hit the theatres in 2009. Developed primarily by Raven Software for the PS3, the game was later released for mobile phones as well. If the action and super satisfying hack and slash style of gameplay is not enough to grab your attention, Hugh Jackman’s brilliant character modelling, along with his ripped likeness and gravelly voice, is going to be enough to make you go back to this game time and again. Activision is no newbie when it comes to publishing action games with detailed combat systems. With titles like Modern Warfare and Call of Duty under its belt, this rich in detail, hack and slash action adventure turns out to be a welcome addition to their roster.

Xmen Origins : Wolverine takes the character through the jungles of Africa, as he takes down a series of henchmen and solve puzzles, and go up against several badass boss villains. The weapon of choice is the good old adamantium coated claws with indestructible ability that will slice through anything with as much ease, as a warm knife slices a slab of butter! The blood and gore that encompass every aspect of the game is oddly satisfying.

The player gets to use a combination of moves that deal with both light and heavy damage to foes, and the string of combos get more intricate as the game progresses. With levelling up, Wolverine gains experience and learns four different fury attacks, which require mana accumulation to perform.

Mana is called the ‘rage metre’ which can be filled up to launch powerful super moves like the ‘claw spin’ and berserker mode, which increases Wolverine’s speed and strength as he deals in significant damage to his enemies. The gameplay is well designed and forces the player into using a variety of moves, with different levels of foes requiring different tactics and combos to be defeated.

The lunge move that works brilliantly on enemies with lower defence stats, will not work during tricky boss fights and with other superior opponents. The angry mutant can slay enemies in several ways; he can throw them, impale them, rip off their arms and beat them to death with it, tear someone in half, or stab someone on the side of the head before removing the head from the torso! It would not be wrong to say that X-men Origins: Wolverine is certainly the most violent superhero game of the last decade.

The ‘Uncaged Edition’ was later released for the PS3, XBox 360 and Microsoft Windows, which included more blood-soaked violence and was rated M. Wolverine’s rapid healing is satisfying to watch as he faces off against robots, humans and mutants alike. With his rapid regeneration capabilities, the game is fairly easy to grasp and the player rarely feels threatened by the odds stacked up against him.

Bullets, swords and flames are not a problem for Logan, but don’t let him fall into the water trough or it is instant death for him! The game also features other Marvel characters in the form of NPC’s like foe-turned-friend, and fellow X-men Gambit. Due to the game being a third person single player game, it does not have a lot of replay value due to the lack of multiplayer options. A few bonus costumes, hidden across the game may be unlocked which can be used while playing, to replace the default – white shirt, faded jeans look.

The game was released along with the release of the movie in May 2009, and was supposed to be a tactical marketing move for the film. But yet, Origins ended up being a very engaging action-adventure game, which explores Wolverine’s backstory, taking certain elements from the movie and incorporating them with an original plot that was influenced by major events in the X-Men comic series. Logan starts off in Africa and he lunges his way ripping, stabbing and beheading enemies along the way, to later confront mutant creatures like Blob and Gambit and finally Stryker.

The world design is basic and there is nothing extraordinary. Though, in certain sections, the indoor environments look like they lack a bit of finesse, the rest of the world is designed beautifully and has been developed with utmost care.  The aesthetics of the african jungles seem realistic and the Uncaged Edition version received generally positive reviews with a Metacritic of 77% for PC. Overall the visuals received mixed reviews with IGN stating that – “the game looks great sometimes, and shoddy other times”.

Most of the praise was directed towards the violence, consistent with the comic version of the character, and the game’s aesthetic value; whereas players were not too impressed with the shortness of the campaign, the lack of replay value, and the repetitive action sequences that forced them to kill the same enemies over and over again. Flaws aside, X-Men Origins: Wolverine still manages to be the best there is at what it does, delivering the global gaming community with hours of satisfying, blood-spurting brutal action.

WHAT MAKES XMEN ORIGINS: WOLVERINE A MUST PLAY? 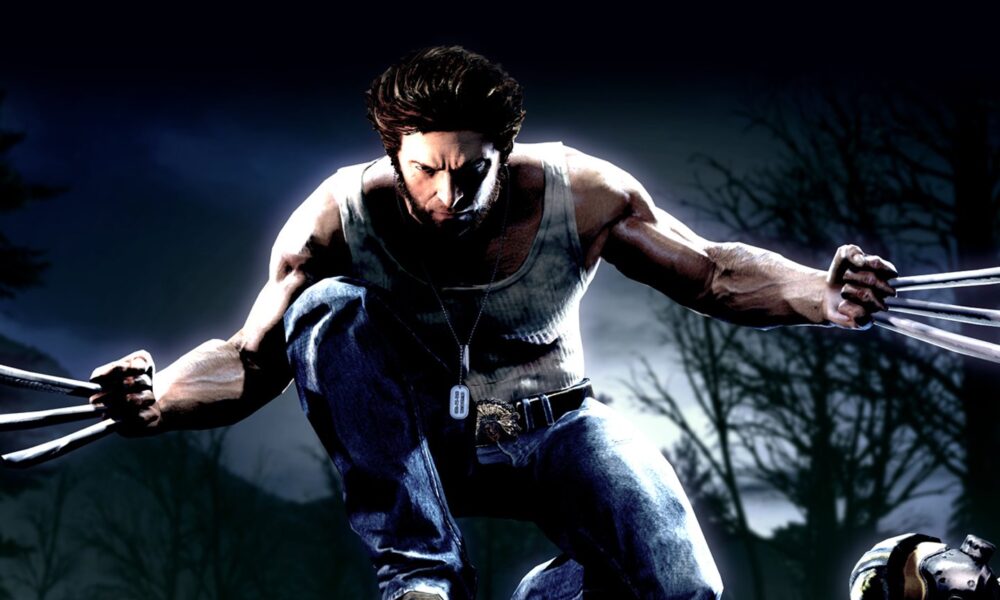 Unlike most video game-movie franchise tie-ins, X-men Origins: Wolverine, ends up being one of the more refreshing titles to be released as part of the promotional campaign for a movie. Published by Activision, this hack and slash action-adventure experience never fails to deliver. Be it hoisting a bad guy and savagely stabbing him, or watching the skin grow back over an adamantium skeleton, or even Hugh Jackman’s flawless voice, there are plenty of reasons for you to add this game to your list of ‘must-play classics’.

With fantastic gameplay, decent voice acting, and stunning level designs, X-men Origins: Wolverine ends up being, a fun-to-play third-person single-player action game, which can be compared to the likes of God of War. The fact that the game deviates from the main story established by the film is also a good sign, as it enables the writers to experiment with the storyline and include ideas based on major events from the X-men comics.

The gameplay is gory, with every sequence ending in a series of corpses and intense bloodbath, as Logan emerges half-dead but still unbeaten, every single time. At its core, X-men Origins: Wolverine is a solid game that succeeds in presenting Wolverine as the character that was always envisioned by the creators. Despite having some clear technical deficiencies, a convoluted story and lack of replay value, the game still manages to be one of the best hack and slash games in the market. In 2014, the game was delisted and removed from all digital storefronts following the expiration of Activition’s licensing deal with Marvel.

X-men Origins: Wolverine was developed by Raven Software using Unreal Engine technology and was released for the PS2, PS Portable, Wii and Nintendo DS, while the ‘Uncaged Edition’ was released for the Playstation 3, Xbox 360, and Windows. Developed by EA Mobile, the game also had a mobile version which was later released for Android. Unapologetically violent, bloody and gruesome, X-men Origins: Wolverine will give you new insight into how much damage indestructible, razor sharp claws can do to a human body.

What did you think about our review of Wolverine? What are your thoughts on the game and the character? Would you rather watch the movie or play the game or perhaps enjoy the best of both worlds? Let us know in the comments below! Hit a like on the video and don’t forget to subscribe to our channel. Do press the bell icon for instant notifications for more such game reviews! Until next time – Stay safe, stay Marvelous!