How TMNT Reproduction Works Can They Have Offsprings Explored

There is no doubting that the Teenage Mutant Ninja Turtles series has a big fan base and is still very well-liked today. This draws attention to the mutant DNA that exists inside of them, which originally allowed them to do actions that were beyond the scope of measurement.

We all know that the famed ooze is what gave rise to these mutant turtles, and while it stands to reason to assume that the turtles are sterile, things are most definitely not as they seem. Although it is true that we have not yet seen any turtle offspring, we are making this film for that reason. We understand what you are thinking.

To learn everything there is to know about the TMNT replica, watch this video through to the very end! Let us get started, shall we? 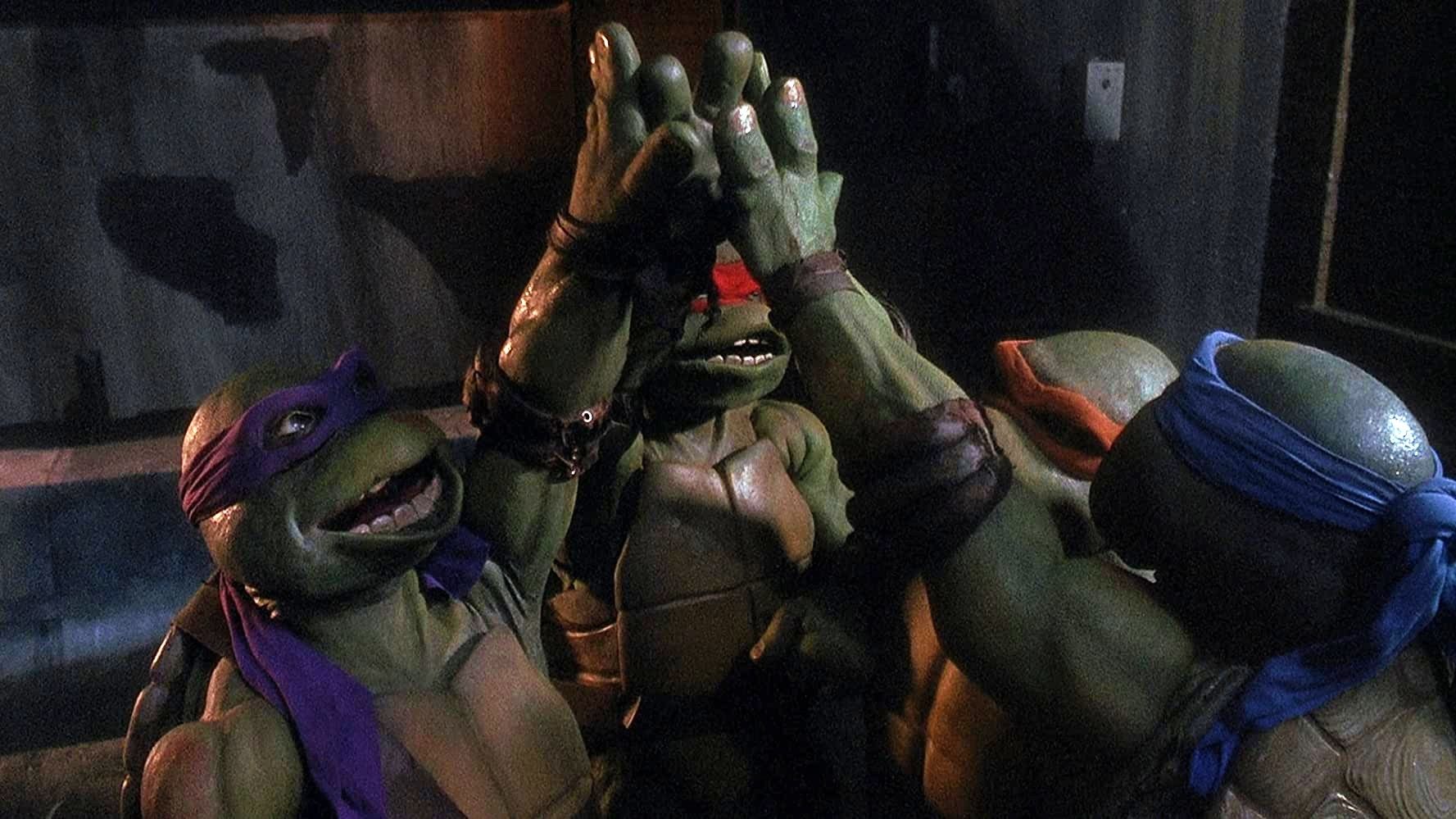 For those of you who remember the Mirage Studios comics run of Teenage Mutant Ninja Turtles, you are bound to remember the character of Seri, or in other words, the Styracodon princess, who set Michelangelo’s heart on fire. The latter part of the comics run shows Michelangelo as the assigned facilitator of Seri on the latter’s visit to Earth.

With Seri asking Michelangelo to take her to the Museum of Natural History in order to see the relics of the planet’s past, the latter suggests the former not to bring along her uptight, overprotective bodyguards. Well, of course, the bodyguards are in no mood to put the bipedal turtle in charge of their princess and exhibit their dismissive demeanor towards him, a characteristic that Michelangelo had previously been warned about.

The bodyguards continue mocking him and refer the Triceratons as their three-horned distant, inferior cousins. Seri, having had enough of the verbal exchange between her bodyguards and Michelangelo, asserts that she will have her bodyguards accompany her, because she for obvious reasons trusts them over Michelangelo. Before heading out of the base facility, Michelangelo informs them about the protocol of making every first-time visitor to Earth watch an orientation disk, one that will give them an overview of the basic North American customs.

Later, inside the Hall of Dinosaurs at the New York City Museum of Natural History, Michelangelo is clearly able to make out that something is not right with Seri and asks her if she is fine. Seri tells him that seeing the remains of the noble dinosaurs being displayed like that seemed both undignified and a bit ghoulish to her, but then again, it was her decision to come there in the first place.

Michelangelo tells her it is a human thing to have their own dead on display and cites the mummies that they had earlier seen inside the Egyptian Hall. In the hopes of cheering her up, Michelangelo asks Seri where she would like to visit next, to which the latter tells him about her favourite vacation place and delicacy back in her home world. With her asking if earth has something similar, Michelangelo knows exactly where to take her. He tells Seri and her bodyguards to follow him, so as to grab a few things before they leave.

But what we see next is just the duo of Michelangelo and Seri on a moto guzzi taking route 101 in New Hampshire. With Michelangelo telling her that they have arrived at their destination, Seri lets out a sigh of relief. He tells her all about the fast food stuff that they are going to indulge in along with the sea bugs that she had mentioned to him earlier.

Seri is also seen to be way more compatible with Michelangelo now; she not only tells him that she wouldn’t behave like a spoiled, privileged, demanding princess but also tells him to place the order on her behalf. An excited Michelangelo ends up ordering what he calls a ‘sampler lunch’ to help Seri try out a list of different things and also asks her to address him as Mike, going forward. It is then that we learn that it was Seri’s idea to ditch her bodyguards, in the first place.

Seeing an empty bench in front, Seri decides to sit down for a while and rest her sore legs. By now, it should not come as a surprise to you that both of them are actually seen to enjoy each other’s company and have also opened up to one another, each giving the other a peek into their personal lives.

Then, there comes a point when Seri decides to go swimming. Fair to say Michelangelo is already falling for her and is pretty fascinated by her swimming skills too. When they surface up, Seri gets interested when she spots a few lobster-fishing boats and upon getting to know about the trapped lobsters, or in her words, the delectable salt-water arthropods, she dives back down to check. With Seri attempting to nab a lobster from the trap, Michelangelo is left with no other choice but to stop her from doing so and hold her by her very hand in the process.

Seri is absolutely furious by his actions and ends up hitting him further going to the extent of calling him names and telling him that she’d also like to have a new guide. Not just any, but one who knows his place and one with the proper degree of respect. Michelangelo’s explanation falls on deaf ears and she goes back underwater only to get badly entangled in one of the fishing nets. Michelangelo is successful in cutting off the net with a knife that he found on the lobster fishing boat and bringing her ashore to safety. He revives her through CPR and mouth to mouth ventilation. With Seri regaining back her consciousness and learning what Michelangelo did to save her, she got aroused by the idea that they shared breath. Smitten by his gestures, she asks Michelangelo to go back swimming in the sea and eventually discloses her real intentions of mating with him.

Their relationship reaches a whole new level when Michelangelo wakes up the next morning to discover that Seri has laid a bunch of eggs, ones that she is seen addressing as their children to Michelangelo.  Seri is also seen to be quite overprotective about the eggs and does not even let Michelangelo lay his hands on them. With the duo thinking that they need a container for the eggs, Michelangelo heads up to the Ogunquit beach to buy a bag.

He comes back to see the bodyguards of Seri having found their location and taking away the eggs. Michelangelo intervenes right on time and while he is initially able to throw a few kicks and punches at them, he is soon incapacitated by the bodyguards and rendered unconscious. That is not even all; he is also smuggled along with the eggs to Seri’s home world by the bodyguards.

Now, every TMNT fan out there is already aware of the unfinished status of volume four of the comic series. So imagine what will happen if the eggs end up hatching and the offspring are seen to survive? It goes without saying that the whole thing will categorically be the primary example of the turtles being capable of reproduction.

Can Human And TMNT Reproduce? 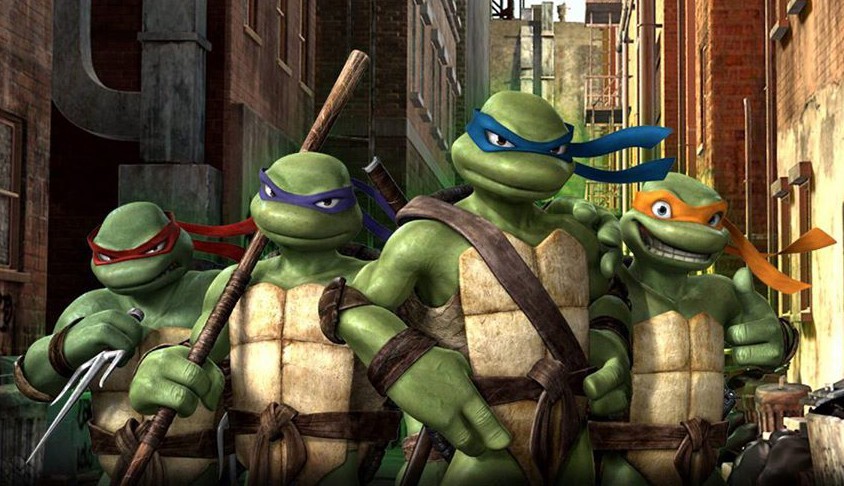 Proceed at your own risk and do not blame us if your childhood memory of the TMNT gets tainted. First things first, they are turtles, which points out towards a very simple fact – they are supposed to be attracted towards other turtles. Now comes the fact that they aren’t just regular turtles; they are anthropomorphic mutant ones, which automatically makes them incompatible when it comes to procreating with other regular turtles.

This is where Jonathan Liebesman’s 2014 superhero flick Teenage Mutant Ninja Turtles comes into play. Remember the scene that had Megan Fox’s April O’Neil coming face to face with the turtles for the first time? They could have easily had it their way, but instead, they chose to give her phone back to her, and honestly, if you ask us, they became more like a sucker for the opposite gender.

Next comes the part that the turtles aren’t even related to each other. Each of them comes from a different lineage and the only reason Splinter addresses them as ‘son’ is because of him adopting them, in the first place. It is only fair to address them as a quartet of excited male turtles, who’d definitely like to take the mating route given a chance, and the fact that the four of them have been raised together in captivity makes it all the more possible on their part to turn to each other eventually. After all, like it or not, it is actually pretty common for a turtle to display homosexual behaviour.

Having said all of that, there is also a high probability that these mutated turtles are infertile, due to them being exposed to mutagen, and you know this cannot be treated lightly. Exposure to radiation can make them sterile for obvious reasons and let’s say even if they aren’t sterile, you can’t possibly have two separate species mate with each other in the hopes of looking for an offspring. You know it is just not possible!

How To Make A Real Life Teenage Mutant Ninja Turtle? If you are versed with how the mutation works, half of your job is already done. We are specifically talking about the ooze, or in other words, the gooey liquid that metamorphoses living organisms that it comes in contact with. For those of you who are on the lookout for the origin of the ooze, aim either towards highly advanced laboratories or even better, an alien source.

While the latter isn’t really feasible, a recent study has reported a process which resorts to using natural biological functions to change DNA and at will. The process, which is addressed as CRISPR, lets us remove as well as add bits of genetic code in unthinkable ways, further implicating that an organism’s DNA can be altered in positive ways. But having said that, the process is still at its initial stage; there’s a long way to go about it.

Next comes making a Ninja turtle, and for that, we have to be responsible for the actions. Some earlier researches point out that it is just not possible to alter the mind without altering the body, of course. Both are directly related to each other. In this case, the attempt to make a turtle more intelligent requires a certain amount of change in their bodies as well.  It is only fair to assume that creating a population of humanoid animals will be in certain need of changes that are beyond our levels of comprehension right at this moment.

But who knows what the future might hold for us? 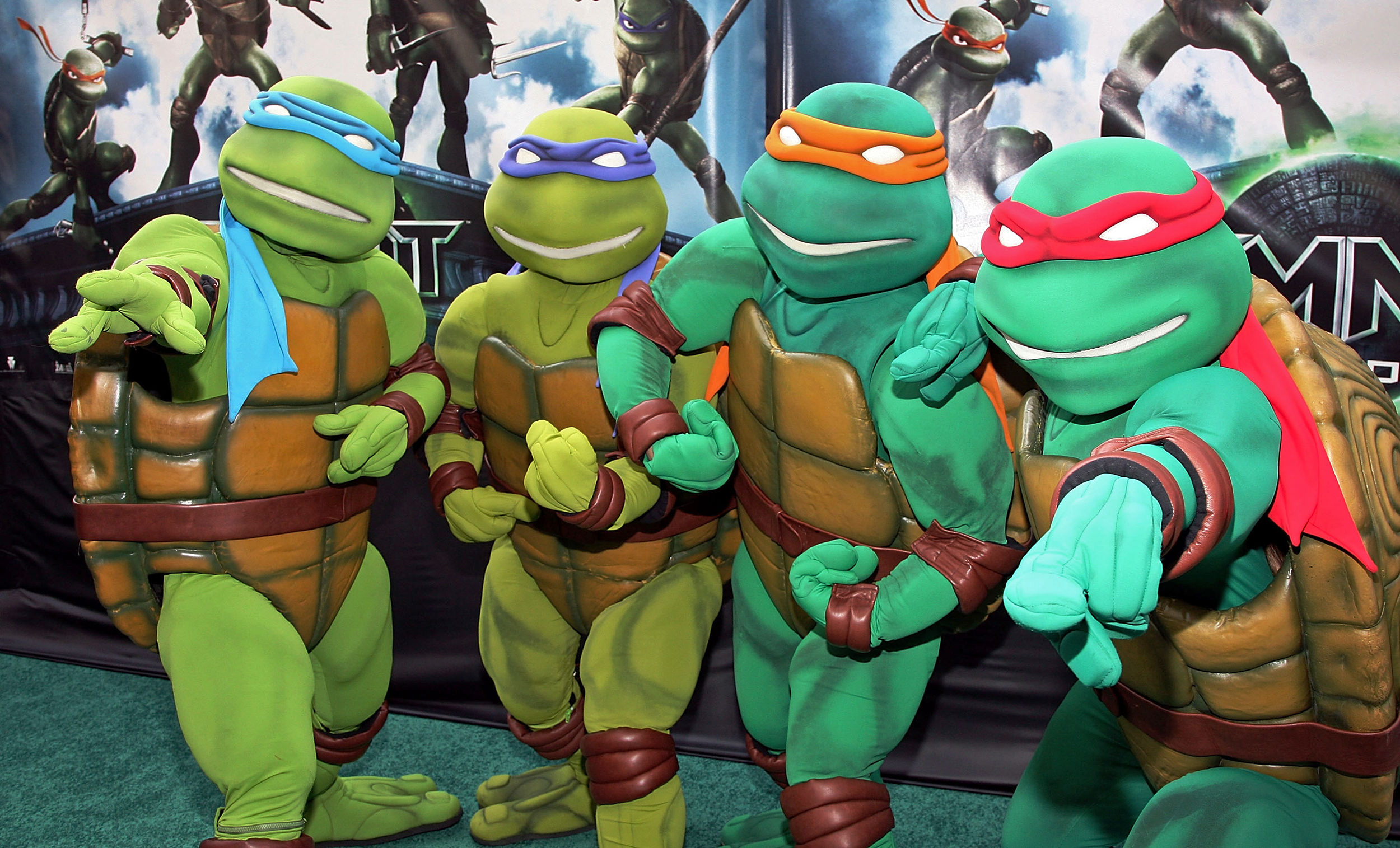 With this, we have come to the very end of our video here. Do hit us with your thoughts in the comments section and stay tuned with us for more interesting content!