This Underloved Game Is An Epic Dance Of Death With Brutal Aliens, A True Next-Gen Experience

Do you prefer the occasional adrenaline of Roguelike games in addition to RPGs? Do you appreciate psychological horror as much as you love science fiction? Today, we will discuss how one of the best next-gen sci-fi bullet-hell experiences of this decade successfully combines all of these qualities.

We present to you this fantastic shoot-em-up game from Sony Interactive Entertainment, whose captivating plot will have you biting your nails and whose outstanding level design will have you glued to your console! Dear Marvelous Gamers, welcome! Today, we will take you on a voyage through space-time as we follow the story of a deep space scout as she battles alien lifeforms and scavenges alien technology in an effort to uncover the answers that are hidden deep inside her own brain. 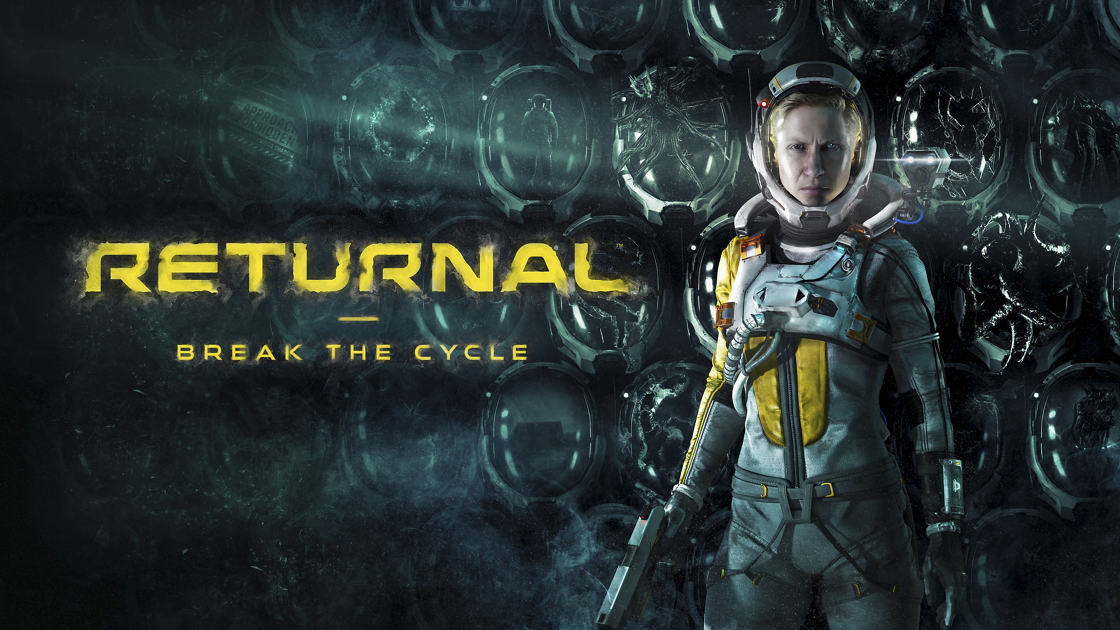 Developed by Housemarque and published by Sony Interactive Entertainment, Returnal is a third-person shooter roguelike video game that was released for the PS5 on April 30, 2021. For our viewers who are not familiar with the roguelike genre, let us further break it down for you…. Roguelike is a subgenre of role playing games which is characterised by a dungeon crawl through turn-based gameplay, grid-based movements, procedurally generated levels and is usually based on a high fantasy narrative, drawing their influence from tabletop role playing games such as Dungeons & Dragons.

Though Returnal is primarily a third person shooter, it often draws certain elements from the roguelike, bullet hell and psychological horror genres. The game blends all of these elements to conjure a mysterious, moody masterpiece. The protagonist of the story is a deep space explorer, Selene Vassos who attempts to investigate the mysterious ‘White Shadow’ signal, which seems to have a deeper connection to her.

She disobeys direct orders from the head of the command chain of ASTRA Corps and crash lands on the off-limits planet of Atropos. Upon damaging her spacecraft and losing communication with ASTRA, Selene begins to explore the planet and soon realises that there is more to Atropos than meets the eye. With resolve in her heart, Selene presses on, tracking the White Shadow, only to realise that she is stuck in a time loop, facing her worst enemy, replicas of herself.

She learns that every time she dies, she loops back to the moment her ship crashed, with the surroundings subtly getting modified each time, which incidentally forces her to track the source of the mysterious White Shadow. As the story progresses, Selene has to fight off alien beings and scavenge the barren wasteland for supplies, in a desperate attempt to survive, all the while facing her own psyche and past traumas that are manifested in the form of hallucinations. Returnal follows a very simple policy which makes it such an engaging bullet-hell and immensely fun to play – If it moves it will try to kill you and you’d better shoot back. Returnal’s combat mechanics are designed to force the player into avoiding as many enemy attacks as they possibly can.

Perfectly dodging attacks while keeping their composure is the key to building up adrenaline, which can prove to be critical in clutch situations. The longer you manage to not get hit, the more adrenaline builds up, enabling Selene to use five stacking buffs. There’s also an active reload mechanic, which helps you dish out as much damage as you can take. Deciding when to reload and when to save that reload time to get one extra kill can prove to be decisive in a lot of scenarios where the player must engage a swarm of aliens and face subsequent bullet hell.

The wide range of weapons and gear to choose from enables the player to mix and match their strategic approach to clear levels. Having the right gear makes Selene unstoppable, although this means that your success is largely dependent on locating the right gears. Returnal’s controls are uber-responsive, meaning that an experienced player who knows his way around the intricacies of the game and one who knows how each weaponry functions, can make good use of their precision and reflexes to sway the tide of battles in their favour.

Returnals successfully creates a subtle balance between endurance-based challenges, and the extreme nature of bullet hell style of gameplay. Be it the beautifully designed aesthetics of the planet, with each area looking like a distinctive biotechnological nightmare, or the surprisingly deep spine chilling horror narrative; add that to the responsive gunplay and fascinating character designs, and you have the recipe for the perfect new age roguelite-shoot-em-up!

Returnal follows the basic mechanics of a roguelite, with each zone following a loose structure with a main path and branching side paths, and the player must back-track often to complete objectives but with very little room for error, as death means losing a certain amount of progress that has already been made.

The haunting feeling of being lost and not knowing where to go is constant, between the shifting maps and changing objectives. Which makes Returnals consistently spooky and borderline terrifying. The horror element of Returnal is largely confined to the narrative of the game, as from the beginning it is clear that something is wrong, but the player has no idea what it is or how it might manifest next.

Most of the mystery unfolds with the help of audio logs, monologues and cutscenes. The rogue-like nature of gameplay means that the player gets to explore newer areas upon clearing levels successfully, granting them access to different clues that help give context to the campaign objectives.

Being exclusively developed for the PS5, developers Housemarque managed to deliver a stunning rendition of sci-fi-horror with a little over four years of hard work put into the making of Returnal. The game takes advantage of the PlayStation 5’s DualSense controller and Tempest Engine to support advanced haptic feedback, 3D spatial audio, and real-time ray tracing effects, enhancing the player immersion experience.

Returnal is as mysterious in its approach to storytelling as it is consistently challenging in its gameplay design. The shoot-em-up nature of combat is incredibly daunting, at times borderline overwhelming but never insurmountable. The game manages to thrive on a delicate balance of science fiction horror and roguelike RPG genres which forces the gamer to spawn repeatedly and lose progress. It is a refreshing new look into the roguelike soulslike genres which ensures that gamers have to be a little brave to play. Returnals is beautifully developed with utmost care, and it is an absolute delight to feel the rain hitting Selena’s space suit along with other environmental effects, thanks to DualSense’s haptics.

Composer Bobby Krlic’s music is apt for building the constant feeling of suspense and dread. Developers Housemarque managed to bag a solid metacritic of 85% granting the game solid reviews from the entire gaming community. With over half a million copies sold as of Jul 2021, the game was quick to rise to the second rank for physical sales in the UK.

With action packed sequences, a surprisingly deep story, gorgeous environments, slick and responsive controls, killer VFX, spatial audio and an excellent variety of enemies; Returnals is one game that every RPG enthusiast should include in their roster. This quest for the ‘White Shadow’ is a visual masterpiece, running at 4K resolution and 60 frames per second, designer Henri Mustonen excels at using Unreal Engine 4 and has helped the game receive favourable reviews for its visuals, combat, and technical achievements.

One of the best single player Third-person shooters to hit the market in 2021 for the PlayStation 5, it was overshadowed by games like Hades. With a lot of customisation options keeping it fresh, the campaign is a fun bullet-hell experience as you dodge various glowing orbs and fireballs shot by swarms of deadly aliens and subsequently get periodic insights into Selene’s psyche in the form of creepy first person PTS explorations.

This game is a clever mix of genres that blend well and would leave you wanting your PS5 even more. Being a next-gen Playstation 5 exclusive, returnals can be a frustrating endeavour that requires nerves of steel, but also ends up being a gripping experience where every moment is a rush of adrenaline that leaves you exhausted but exhilarated.

If you enjoyed our review, don’t forget to subscribe to our channel. Hit the like button and bell icon so that you are never late to the party! Which game would you like us to review next? Let us know in the comments below and do ‘Keep returning’ to Marvelous Gamers!