Silent Hill fans have been without a new release to anticipate since Konami canceled the project it had started with Hideo Kojima. Even P.T. was a far cry from the traditional Silent Hill adventure that players yearned for.

Konami’s horror series has left a void despite the fact that fans have remained vigilant and a number of superior alternatives have appeared. Even if titles like Outlast, Resident Evil, Amnesia, and Rebirth are frightful in and of themselves, they do not look or feel anything like the traditional fixed-perspective, gradual, ambiance-focused horror games that were previously the pinnacle of this subgenre of video games.

Fortunately, independent game developers recognised the demand for a vintage horror adventure on contemporary platforms and created a game to solve the problem. So, go to independent developers like Dual Effect Games if you are seeking a survival horror game. The studio’s most well-known game, TORMENTED SOULS, pays homage to the atmospheric gameplay and puzzles of the original Resident Evil and Silent Hill series while also putting its own spin on the genre in a modern context. 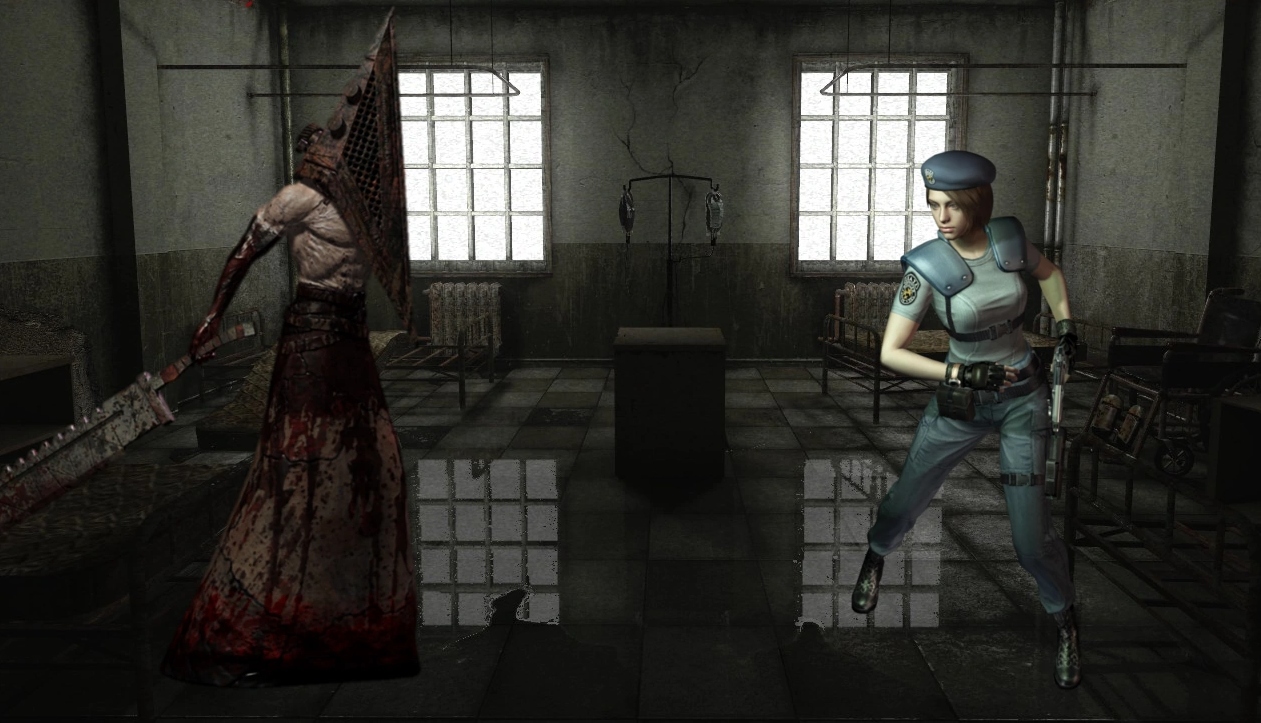 Despite the fact that the aesthetics aren’t innovative, Tormented Souls does an excellent job of generating a disturbing mood. The regions that can be explored are Lovecraftian in nature, frightening, and brilliantly depicted. Even while playing on low graphic settings, items and furniture show a lot of detail. The deep shadows, which Tormented Souls excels at, are the source of most of the fear. Players are kept at a safe distance from the monsters that lurk around every corner. Stationary camera angles that are meaningful and well-timed sounds only add to the effect. Tormented Souls has everything: fixed camera angles, tank controls, restricted weaponry, and restricted saves.

The story starts off with Caroline Walker receiving a letter with a photograph of twin girls in Tormented Souls, which puts you in her shoes. Caroline goes to Winterlake Hospital to see what’s going on after receiving the letter. Caroline is then almost immediately hit over the head with a rod and knocked out cold when she gets at Winterlake. She awakens in a bathtub, naked, with one eye smashed and a tube down her neck.

She discovers that she is still in the hospital and has been effectively confined in one of its sections after leaving this predicament. The story is told through files and diaries left throughout the hospital, which is mostly vacant except for a frightening old priest and monstrous flesh-and-metal abominations. Caroline has no option but to persevere and try to solve the puzzle as to who the two girls in the photograph are and what transpired in the hospital.

The tale can be a little predictable at times, but it didn’t appear to a good majority of the players as a problem. It’s difficult not to fill in the spaces in this game, which combines numerous works of terror. The adventure is the main draw, and there are enough twists to keep players speculating about several plot points.

The tank controls in the game would be much better with a controller, but people were able to get by with a keyboard and mouse. Moving around with a keyboard, on the other hand, can be rather slow, especially when you’re trying to not miss any things with which you can interact. Speaking of which, determining which objects you can and cannot contact which can be difficult. In contrast, the riddles are well-crafted and shouldn’t take more than a few moments to solve, particularly if you’re familiar with old-school survival horror games like Resident Evil. In the dark, you can’t interact with things or strike your foes, which adds a whole new element of stress to the game’s early stages.

The game’s biggest selling point is its retro fixed camera angles, which contribute a lot to the atmosphere. They can also, however, be somewhat disconcerting. People have accidentally startled themselves several times by entering into a new area with a different camera viewpoint. Opponents take use of the camera shots as well, urging you to stay your distance, which is always a smart idea.

The graphics are adequate, especially when expressing some truly disturbing pictures, and the sound design is excellent until the voice-acting is introduced. The game is completely voiced, however, the acting can be stiff at times, and the storyline can be downright mechanical, which diverts our attention from the horror ever so slightly.

Tormented Souls reigns supreme in its puzzles. They’re smart and original, not just “gather all the puzzle pieces,” and they’re not as difficult as Silent Hill 3’s “Shakespeare” riddle. The game is similar to a locked-room experience in that solving, one challenge unlocks the ability to solve another. Because of the wide range of principles in play, each puzzle seems original and intriguing.

The combat, on the other hand, isn’t as enjoyable as the game’s puzzles. It’s clumsy and dull for the most part; foes can hit-stun into combos, and towards the end, they’re more of an irritation than a risk. The player is given a variety of weapons to wield, although it’s clear that some may be superior to others. Gameplay differs from previous games in that the player is compelled to stay out of the dark for an extended period of time, failure to do so leads to the game over state. To defeat adversaries, players must pull them to visible light, which adds an intriguing aspect to an otherwise straightforward battle.

This game’s map system is particularly shabby, as there is no direct button to bring up the map. The map doesn’t really show progress, and players must enter the menu file each time they want to see it. The lack of map markers may, in some ways, make the task more difficult. Even then, some gamers may find themselves returning to the same area over and over again in the hope of remembering where they’ve been. 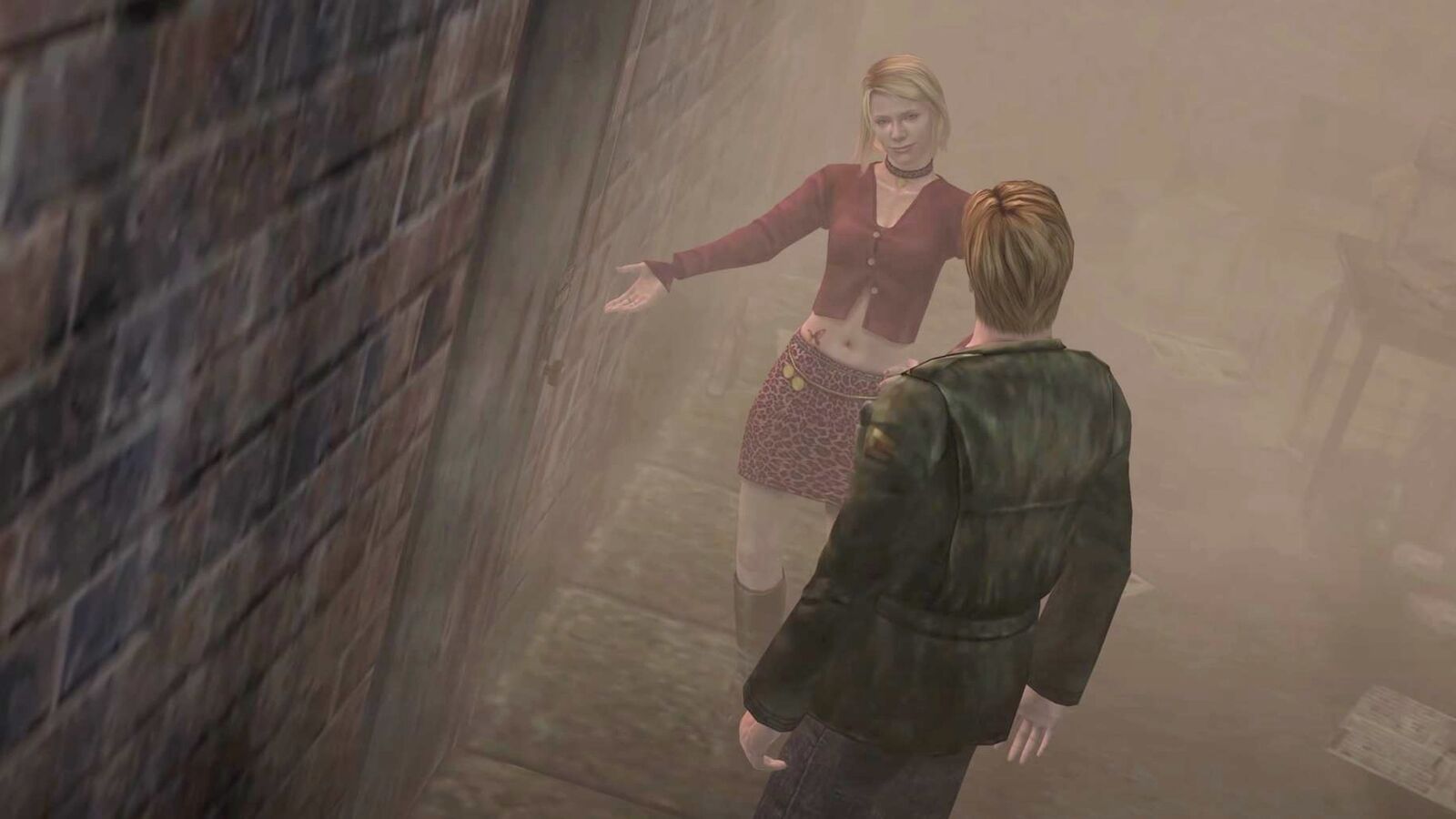 The voice acting is a bit cheesy. However, considering the game’s low budget, the fact that there is full voice acting is astounding, and glancing at the titles it is influenced by, it feels like a tribute.

The sceneries were done exceptionally well by the developers. Winterlake Hospital is beautiful, and the surroundings are up to par with Capcom’s best. The mansion-turned-hospital has a Resident Evil 1 flavor to it, yet it succeeds to stand out from other scary settings by forming a unique blend of a grand Victorian building and a sterile hospital. Here, too, the lighting is great. Staying in the dark for too long will result in a game over, and Caroline’s only source of illumination at first is a little lighter.

Because players can’t fight while she’s holding the lighter, some regions are still locked owing to the presence of enemies. This means that not only are locks restricting regions, but also the darkness. As a result, it breaks up the traditional “find this key for that door” rut that many of these games fall into by having the player to figure out how to deliver power to a region in order to defeat an adversary and go on.

Tormented Souls is the spiritual successor of the survival horror genre. For years, people have wished for a new Silent Hill (or classic Resident Evil) game, but we are sure gamers would gladly trade the drama and disappointment for a brilliant spiritual sequel like this. Winterlake Hospital absorbed all of the horror and solitude that made previous games so memorable, proving that the model is still viable. Tormented Souls, in many ways, fills the gap in classic horror game lovers’ libraries that has existed for years.

While it can be a little janky at times, the devs appear to be dedicated to the game and have already provided multiple patches in the few weeks it’s been available on PC. Even back then, it’s not like games in the early 2000s was without flaws. That’s the trouble with Tormented Souls: every review will unavoidably include a reference to Silent Hill and its contemporaries. This would be a bad thing or a loss of identity for other titles. However, in the instance of Tormented Souls, that is the desired outcome — and it succeeds. So it goes without saying, this game is one you NEED to get your hands on to satisfy your indie horror game desires.