What Happened to The Main Protagonists Of The Transformers Movies? Explained

The Transformers franchise is one that has genuinely provided its characters with an emotional rollercoaster. We start with Megan Fox’s brief appearance in Transformers: Dark of the Moon as Mikaela Banes, a role she was unable to continue despite being one of the primary characters and Sam Witwicky’s love interest.

Speaking of Sam, he was portrayed by the incredibly talented Shia LaBeouf, who left the franchise and chose not to return for the fourth film, Transformers: Age of Extinction, where he would have appeared with his new love interest, Carly Spencer, who was portrayed by Rosie Huntington-Whiteley.

Fox, LaBeouf, and Huntington-Whiteley had different reasons for not moving forward with the Transformers franchise, but their absence was often felt. Furthermore, Michael Bay eventually lost the passion he had for these films, too, so what really happened? Where did it all go wrong? In this video, we will explore everything that went wrong with the franchise and hope that it gets revived sooner than later. Let’s begin, shall we? 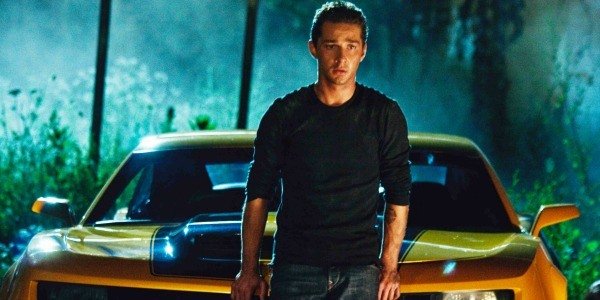 Shia LaBeouf’s character Sam Witwicky was the human lead character in the first three Transformers movies, and much to everyone’s dismay, he did not reprise his role after Transformers: Dark of the Moon. If his name hasn’t given it away yet, Sam is the descendant of Archibald Witwicky, who led the National Arctic Circle Expedition in 1897 and went insane after Megatron, the infamous leader of the Decepticons, blinded his eyes.

Archibald then went on to spend the rest of his life in an asylum. Getting back to Sam and his need to buy a car to impress women, he ended up with a Camaro, after a whole lot of bargaining by his father. Sam successfully managed to impress Mikaela, the definition of beauty with brains, who was very impressed by the Camero.

Things were going smoothly until Sam realised that his car was alive, and you couldn’t blame Sam for being curious as he began investigating his car, and that’s when all the trouble started. As we focus on Shia LaBeouf as Sam, who was an established actor to the audience, having starred in Disney before, and with an impeccable career trajectory to follow, his performance in the Transformers films will always be some of his best work.

Now, this would make you wonder, why did he not return after the first three films? Shockingly enough, it was LaBeouf’s decision as he felt like Sam Witwicky’s story had met its end after the completion of the trilogy, and some fans did agree that the character had become stale throughout the films.

But this isn’t where it ends, as LaBeouf also spoke about how the Transformer films lacked purpose and even labelled it irrelevant, and that sealed the end of his return to the franchise. Sam Witwicky was replaced with Mark Wahlberg’s Cade Yeager in Transformers 4, which then went on to become the highest-grossing Transformers film, so maybe it wasn’t irrelevant after all. 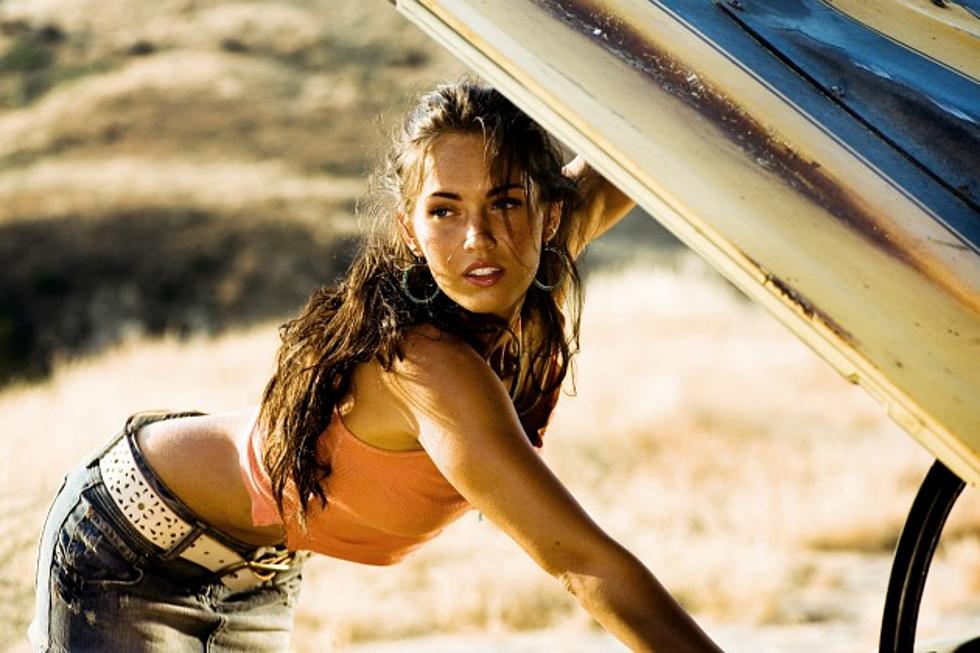 Mikaela Banes can be best described as a beauty with brains whose interest lies in cars and fixing them, immediately making her one of the cooler girls, and in turn, catching Sam’s attention. Everything Mikaela knows about cars is from her father, a car thief who would bring Mikaela along to his escapades when he couldn’t find a babysitter. Mikaela’s character has been portrayed by none other than Megan Fox, which itself increased the popularity of Mikaela Banes, and if you didn’t know who Fox was before this film, you surely would after.

A film with evil automobiles and Megan Fox? Of course, you would want to go watch it. She also served as the love interest of Sam Witwicky. Despite her importance in the films, as someone who helps Sam every step of the way, her character did not make it to the 2011 sequel, Transformers: Dark of the Moon. However, unlike Shia LaBeouf’s departure, this one was a lot messier and was surrounded by controversy all over.

Megan Fox was fired from the Transformers series and was unable to reprise her role as Mikaela Banes after she described Michael Bay, the director of the film, as Hitler and incredibly hard to work with. I mean, you can’t blame them for firing her, can you? Or maybe you could! Apart from being fired, her character wasn’t even mentioned by name in Transformers: Dark of the Moon and there was a bare minimum explanation as to why Sam and Mikaela ended their relationship.

Despite this character being scraped off after Fox was fired, it was important to take note of why this character made the impact that it did. Most teenage girls are often portrayed as damsels in distress who need saving by their male counterparts, but Mikaela Banes’ character was far from it. Not only did it enhance her character, but also Sam Witwicky’s. If there was one person who could replace Megan Fox as the love interest in the Transformers film, it was Rosie Huntington-Whiteley, and that is exactly what she did. Rosie played the role of Carly Spencer in Transformers: Dark of the Moon; however, this was her first and last appearance in this franchise.

The attraction between Carly and Sam was instant, and it isn’t long after that the love birds move into Carly’s apartment. While their relationship goes through the usual trials and tribulations of jealousy and whatnot, Carly particularly has a problem with Autobots and the amount of time Sam spends with them. She eventually warms up to them after the Battle of Chicago when she sees them sacrificing themselves, particularly Bumblebee, who is Sam’s Camaro.

In fact, by the end of the film, she confesses her love for both Sam and Bumblebee, because who wouldn’t love their boyfriend and his car? Despite Carly’s character being received well by the audience, even after she served as a replacement for Megan Fox, Rosie Huntington-Whiteley confirmed that she would not be returning for the next instalment of Transformers.

One of the reasons for her departure from this franchise was the fact that action films weren’t her cup of tea, which is understandable given the fact that she primarily is a model. The second reason was that she didn’t want to be typecast again.

The latter seems more like the actual reason considering Huntington-Whiteley went on to act in Mad Max: Fury Road, and if the title hasn’t given it away, that was an action film too. Nevertheless, Shia LaBeouf’s journey in the franchise also ended with this film, and Carly Spencer wouldn’t make a lot of sense without Sam Witwicky anyway. There were times that the Transformers franchise felt like it had been cursed. What was once a huge cultural phenomenon in the science fiction and action world, eventually fell short and got rather stale. This franchise has been alive since 1984, with several comics, video games, animated series, and live-action films to back it up, which really makes you wonder, where did they go wrong?

Transformers made its way back to the big screen in 2007 after Transformers: The Movie which was released in 1986. In 2007, Michael Bay, the extremely talented director, took over the franchise, and the first Transformers movie became a crowd pleaser as well as a box office hit.

This film set a very high benchmark for future films to follow, and maybe that’s where it went wrong, because the following films were so far below the benchmark, that it was hard to watch, quite literally. The second film, Revenge of the Fallen, could easily be labelled a disaster as it was written and produced during a writer’s strike, which means the script could not be refined. This should have ideally halted the production of the film, but Bay decided to go ahead with it nonetheless.

With an incomplete, unedited script in hand, the film made very little sense. He tried his best to up the ante with some complex action sequences as means of damage control, but it wasn’t enough to save the film. Another reason Revenge of the Fallen and then later Transformers: Dark of the Moon wasn’t received well was because of the portrayal of Optimus Prime. He was extremely violent and aggressive, who revelled in the death of humans and he mainly let people die just to prove a point, which is far from heroic, and rightfully wasn’t well received by the fans.

By the fourth film, Transformers: Age of Extinction, this franchise had completely lost its way and the faith of its audience. And then, the fifth film came along, Transformers: The Last Knight, and if you stuck along for this long, you could pinpoint that it was this very film that Michael Bay had lost interest in the franchise and that his heart was no longer in it. In fact, it was the first film in this entire franchise to lose money. Bay then moved on from the director’s chair to the role of a producer, which seemed a better film for his career as well as the future of the franchise.

Once a cultural behemoth that turned into a disaster had multiple reasons for its downfall. From actors who couldn’t see the franchise moving forward successfully or thought it was irrelevant, if anything at all, to the director extraordinaire Michael Bay dropping the ball time and again, disappointing an entire fandom.

The Transformers franchise has been around for decades, in video games, animated series, toy lines, comic books, and posters, with characters like Megatron and Optimus Prime becoming household names. However, the franchise couldn’t hold its ground for long, but despite that, the Transformers will continue to live on, being an important part of the science fiction and action world.