Where Can I Watch A Mouthful Of Air?

A Mouthful of Air follows the story of Julie Davis, who writes best-selling children’s books on overcoming your fears. However, she has yet to face her own fears. When her second daughter is born, she must fight a battle of survival against the trauma that threatens to overpower her.

The movie is based on the book of the same name by Amy Koppelman and is also marks her directorial debut. Amanda Seyfried plays the lead role, alongside her is Finn Wittrock.

Is A Mouthful of Air on Netflix?

There has been no official news regarding the movie’s release on Netflix. Netflix subscribers will have to look for alternatives. Amanda Seyfriend fans are in luck since Netflix has a huge catalog of her movies – all the way from her Mean Girls days to the most recent Things Heard and Seen. So, we could anticipate finding A Mouthful of Air on the platform soon.

Is A Mouthful of Air on Hulu?

Unfortunately, Hulu’s massive catalog of movies does not feature A Mouthful of Air. There also has been no information regarding the movie’s availability on the OTT platform. While you wait for the release, indulge in a few dramas that are available on the streaming platform like Gone Girl, Balck Swan, etc.

Is A Mouthful of Air on Amazon Prime?

A Mouthful of Air is not available on Amazon Prime as of now. Instead, Amazon subscribers could settle down for some other dramas, such as Fools Rush In, which stars F.R.I.E.N.D.S legend Matthew Perry. Another Amazon drama movie that deserves a spot on your watchlist is The Lighthouse. It is sure to reinforce your love for cinema and if you are a fan of Robert Pattinson, for his too.

Where to watch A Mouthful of Air?

A Mouthful of Air is releasing exclusively in theaters on 29th October 2021. Sony Pictures has still not released any official information regarding online streaming. If you do, however, plan to go catch the movie in the theaters, do take the necessary precautions in wake of the pandemic. 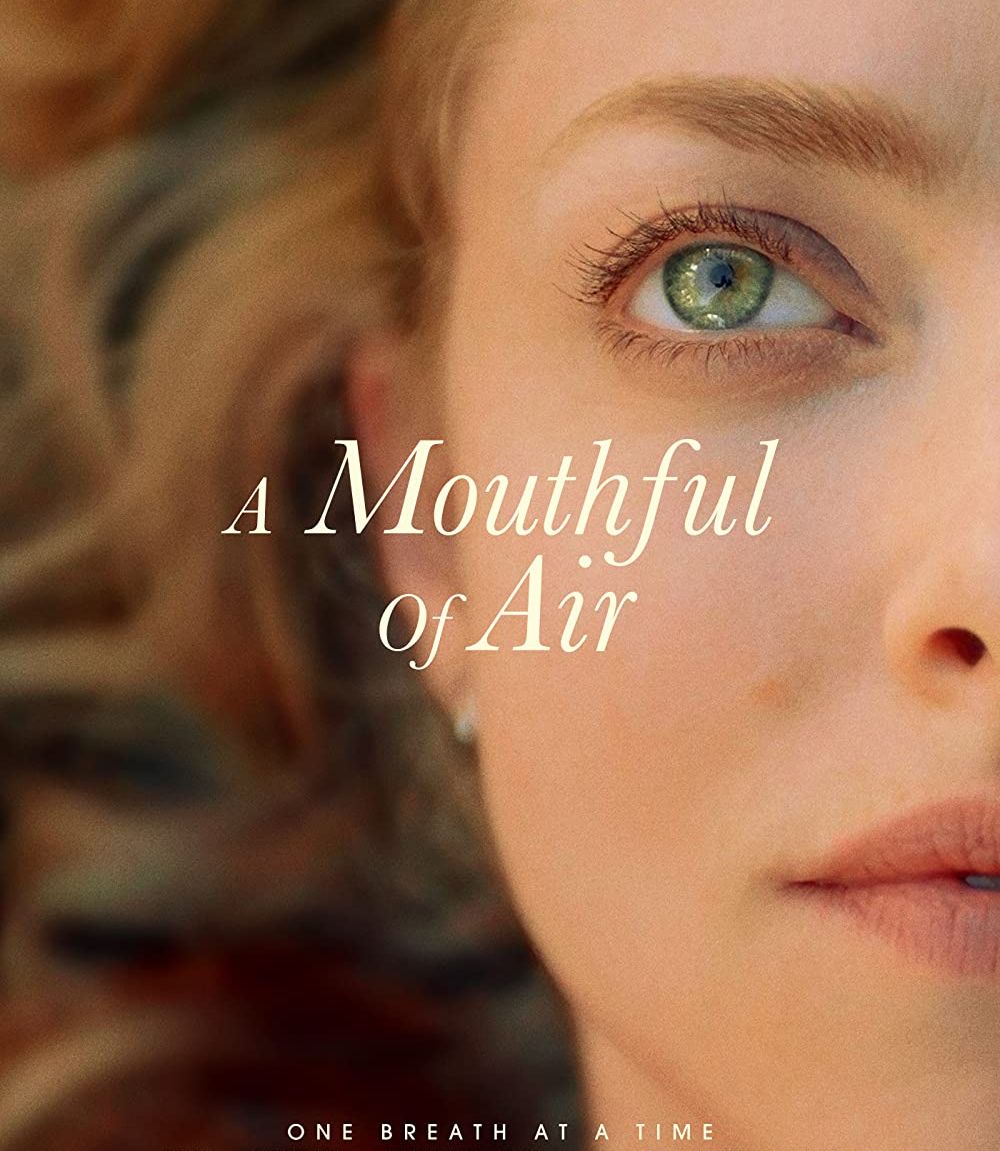 If the movie does release on Netflix you can watch it in the comfort of your house. A Netflix monthly subscription costs $8.99 for the basic plan and $15.99 for the standard plan and $17.99 for the premium plan.

Depending on the plan you choose, you will have access to ultra-HD videos and the ability to stream on multiple devices at once. They also have a free one-month trial option for time subscribers. You can catch the movies free of cost here if you watch them within the trial period. However, please do refrain from streaming movies illegally.