Mass is a 2021 American drama film starring Reed Birney, Ann Dowd, Jason Isaacs, and Martha Plimpton, and written and directed by Fran Kranz in his directorial debut. On January 30, 2021, the film made its global premiere at the Sundance Film Festival. Bleecker Street is planning to release it on October 8, 2021. The parents of a victim of a school shooting meet with the perpetrator’s parents face to face.

What is Mass about?

The film, which stars Reed Birney, Ann Dowd, Jason Isaacs, and Martha Plimpton, follows two sets of parents who agree to meet privately in an attempt to move ahead after one of their sons was killed in a school shooting by the other’s son. In his feature-film debut, Fran Kranz addresses the sorrow and sadness of both sets of parents in “Mass.”

Two unremarkable couples are left alone in the calm white chamber for as long as they need to do… whatever it is they’ve come to do. Gail and Jay are on one side of the room. On the other hand, there’s Richard, who carries himself like a CPA who’d rather be doing taxes somewhere, and Linda, whose voice has the soothing softness of a healer or someone giving a séance to commune with an ancient darkness.

Her genuineness is either all-consuming or disguised as a diabolical mask, and “Mass” has you hooked from the moment you begin to worry about the many motivations at work here.

According to Variety top reviewer Owen Gleiberman, sitting with the main charcaters in that room, we travel there, and the film is like a slow-burn group confession that’s also a debate, and it invites us to take a journey into the psyche of all four of these people.

Where to watch Mass 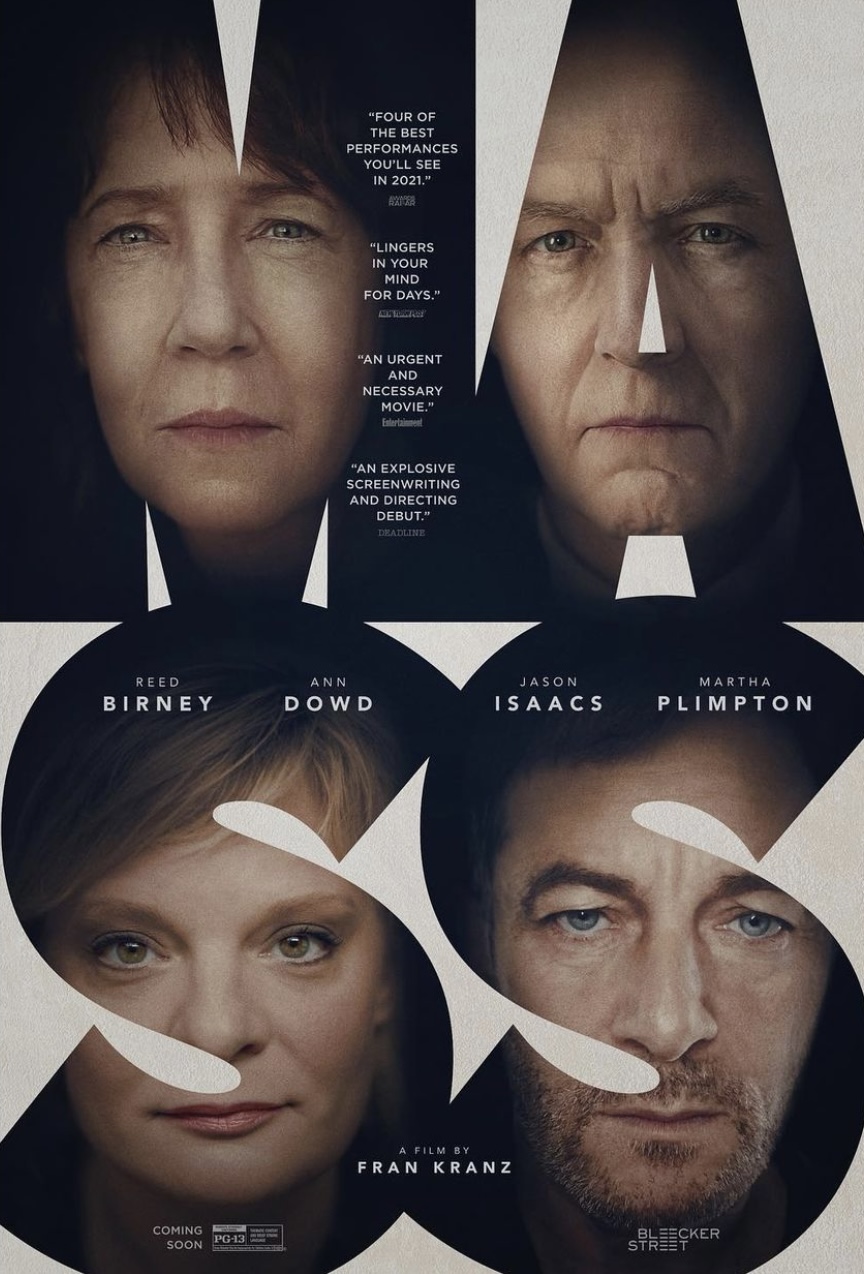 The trailer for “Mass,” which will be released in limited distribution in Los Angeles and New York City on Oct. 8, with a nationwide rollout to follow, has been released by Bleecker Street. You will thus only be able to watch it in theatres for now.

Is Mass available on Amazon Prime?

Mass is not going to be available on Amazon Prime Video as of yet.

Is Mass available on Netflix?

Neflix’s wide selection of movies and streaming shows does not include Mass.

Is Mass on Hulu?

Mass is not available on Hulu’s vast library of movies and streaming shows.

Can Mass be streamed online?

It is not clear when the movie will be available for viewing on the mainstream subscription services. While there are free online streaming services where the movie will almost certainly appear shortly, we advise our readers to avoid all unlawful means and to only watch movies and shows online after paying for them.