Where Was C’mon C’mon Filmed?

C’mon C’mon is a black and white drama film written and directed by Mike Mills. It stars Joaquin Phoenix, Gaby Hoffman, Scoot McNairy, Molly Webster, Jaboukie Young-White, and Woody Norman. Johnny (played by Joaquin Phoenix) is an emotionally stunted and soft-spoken radio journalist, who travels across the country asking kids about their thoughts on the world around them and their future.

When Johnny is saddled with taking care of his nephew, Jesse (played by Woody Norman) as he lands himself with the cross-country assignment. Jesse brings a new perspective to his life because trying to explain our world to a sponge-brained little someone who doesn’t know what to make of it, makes him realize that we adults have never understood the world either.

The 100 minutes long movie stores quirky wonder, brutal honesty, and the fuzzy sense that our shared feeling of uncertainty can make us feel less alone so long as we find the confidence so long as we stay connected with each other and learn from each other.

Principal photography for the film began in November, 2019 and was finished by January, 2020. Robbie Ryan was the chief cinematographer. The movie was shot mostly in New Orleans, New York, Los Angeles, and Detroit.

As the trailer revealed, you can see Johnny and Jesse walking around many of these locations with their recording equipment – beach, streets, parades, markets, etc.  According to a filming with the state film office, C’mon C’mon had a budget of $8.3 million, out of which $1.4 million was just for Louisiana expenditure including In-state payroll.

Joaquin Phoenix, soon after winning his Golden Globe award for “Joker” was spotted several times filming on the sets of C’mon C’mon. Videos of the spottings show the 45-year-old actor filming a scene in which he and a young kid (i.e. Woody Norman), are dancing in a Mardi Gras parade before collapsing on the street. 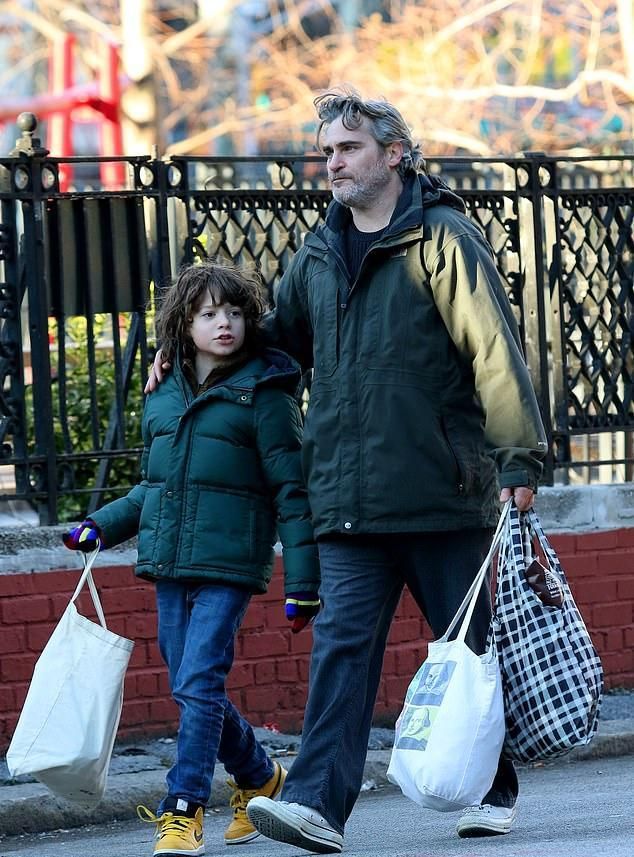 He was also spotted once wearing a costume – a white button-up with clacks – eating take-out.  Another time, he was seen smoking a cigarette with his arms around the shoulders of a fellow crew member.

Phoenix was once again spotted shooting on the streets of New York. Although from his looks, people joked that his role seemed of one behind the camera rather than one in front. He was photographed filming various scenes carrying huge luggage, holding a microphone while wearing large headphones. The working title of the movie at this point (“December, 2019) was “Untitled Mike Mills Project”. 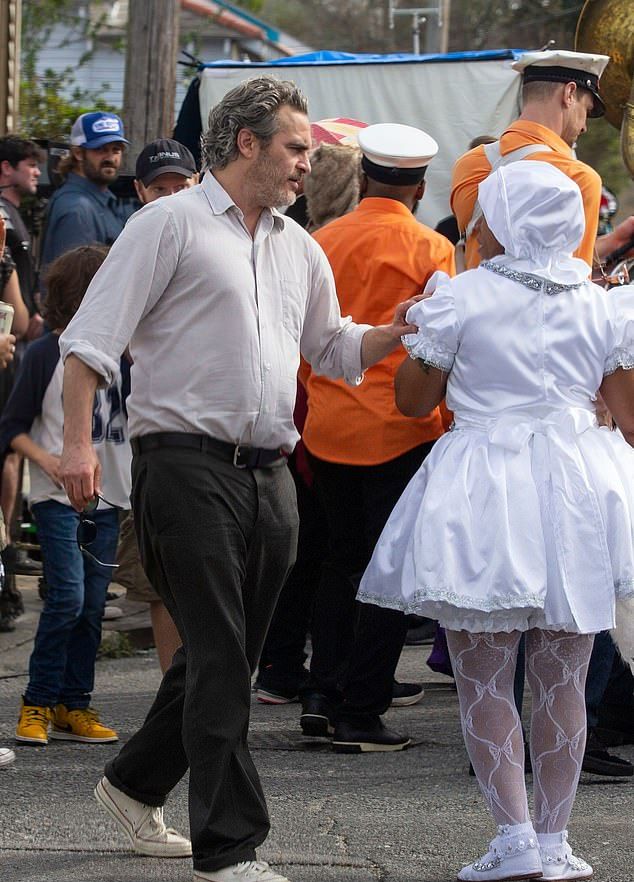 There was also a buzz regarding his sensational performance in “Joker”, which landed him an Oscar nomination (which he went on to win), with people speculating his return to work as a sign of a follow up to “Joker”. However, the actor denied any such possibilities, stating that he did not want to get into repetitive roles. He chose this role, that of Johnny because it was a one-off and provided something exciting.

C’mon C’mon had its world premiere at the Telluride Film Festival on 2nd September, 2021. It is also scheduled to be screened at the film festivals in Chicago, the Hamptons, Mill Valley, New York, Rome, and San Diego. It is scheduled to be released in theaters on 19th November, 2021.