Needle in a Timestack is a sci-fi drama adapted from the short story of the same name by Robert Silverberg. Directed by John Ridley, the movie stars Leslie Odom Jr., Frieda Pinto, Cynthia Erivo, Orlando Bloom, and Jady Wong.

It follows the story of a couple, Nick and Janine, struggling to maintain their relationship in a reality where the past and the present are ever-changing and a time-traveling rival, Janine’s ex-husband threatens their marriage. As Nick’s memories and reality disappear, he must decide what he wants to hold on to and what he wishes to let go of.

Needle in a Timestack: filming location

Filming took place in Vancouver on 18th June, 2018. It was revealed that the delay in release was because the film had to be edited and re-edited multiple times. The actors kept posting on their social media handles during the shooting. However, most of it was kept hush-hush.

On the west coast seaport of British Columbia, Vancouver is among California’s most ethically diverse cities. It is a popular filming location with it,s surroundings of mountains. It is also a hub of art, culture, theatre, and music. 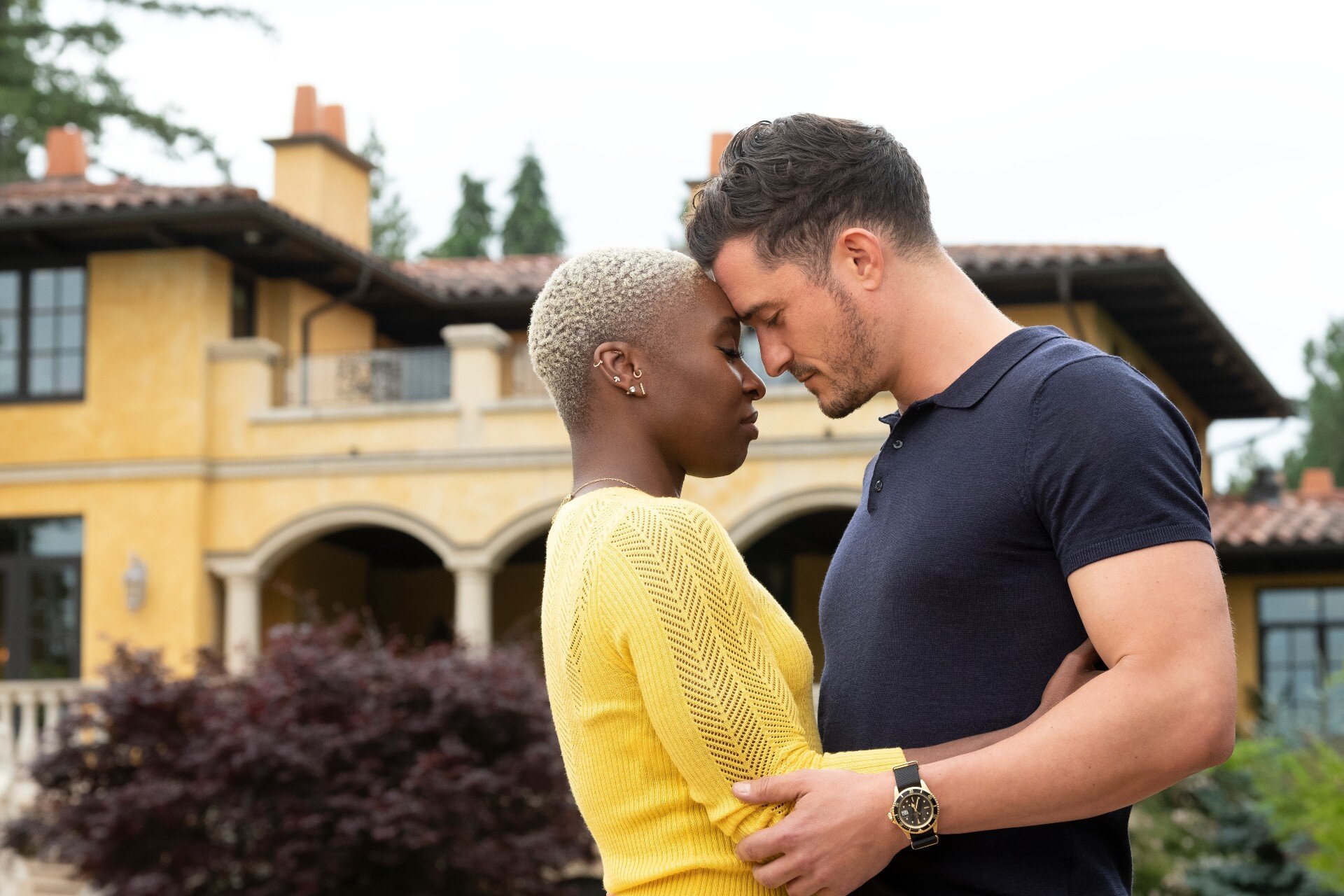 The images of Orlando Bloom turning up for the last day of filming in Vancouver wearing a plain blue baseball cap and a denim-on-denim outfit went viral. He was seen carrying lots of water, his phone, and a backpack. The British actor was also spotted taking a nap before filming a night scene on the beach.

Although he tried to play it off as “meditating”, We don’t blame him though. As he said, it must have been the jet lag. He also, reportedly, had a six-page dialogue which he shared with Leslie Odom Jr.

Frieda Pinto was also clicked filming a scene with Leslie Odom Jr. on a Vancouver bridge. Her character wore a beige trench coat and denim, as she had her arms wrapped around Odom’s character.The two were clicked kissing.