‘Wolf Hound,’ which is set in Nazi-occupied France in 1944, stars James Maslow, who previously appeared in the Nickelodeon musical comedy ‘Big Time Rush.’

“Wolf Hound,” a World War II thriller that has been in the works for nearly four years, will eventually be released in theatres and on home media in summer 2022. The film relates the narrative of Luftwaffe special operations unit KG-200, which repaired downed Allied planes and sent them far behind enemy lines on Trojan horse missions. With “Wolf Hound,” filmmaker Michael Chait makes his feature picture debut, but he did some prep work in a series of short documentary films about old airplanes and one about the Michigan Air National Guard.

Craig Hosking served as Chait’s aerial coordinator and primary pilot, responsibilities he previously played in Christopher Nolan’s 2017 WWII film “Dunkirk.” The team, which included cinematographer Westley Gathright (who had previously worked with Chait on his earlier airplane films) and aerial director of cinematography Dwayne McClintock, set out to capture as much live-action video as possible while using as few computer effects as possible.

The Yankee Air Museum in Belleville, Michigan, offered a bomber factory hangar for location shooting and permitted the production to use a North American B-25 Mitchell Bomber and one of just ten remaining Boeing B-17 Flying Fortress Bombers.

Chait previously stated that he planned to use P-51 Mustangs, a Supermarine Spitfire, a Hawker Hurricane, and either a German Messerschmitt Bf 109 or Focke-Wulf Fw 190 in the film when it was first revealed in 2018. There’s no word yet on which planes made it into the film, but a trailer release could provide some insight.

The film is based on the fictional account of Jewish American fighter pilot Capt. David Holden is shot down behind enemy lines. Holden must dodge the enemy while rescuing a captive B-17 Flying Fortress bomber crew to disrupt a conspiracy that could grant victory to the Axis.

Holden is played by James Maslow in the film. Maslow believes he has a personal connection to the subject because of his involvement in the Nickelodeon sitcom “Big Time Rush” and his membership in the show’s spinoff musical ensemble.

Chait is ecstatic that his film will be distributed by Lionsgate’s Grindstone subsidiary. TriCoast Worldwide’s Strath Hamilton is in charge of foreign sales.

If “Wolf Hound” is truly made with live-action aerial dogfight scenes and little computer-generated effects, it should be one of the year’s most intriguing military films. This summer, we’ll find out.

Is “Wolf Hound” on Hulu?

“Wolf Hound” won’t be seen on Hulu. The best alternatives from the platform are Last Survivors and Hatching.

Is “Wolf Hound” on Netflix?

“Wolf Hound” will not be released on Netflix. The best flicks from Netflix are Jackass and Rambo.

Is “Wolf Hound” on Prime Video?

“Wolf Hound” is not destined to release on Prime Video. The best options from Prime Video are the City of God and Aparajito.

Is “Wolf Hound” on HBO Max?

“Wolf Hound” won’t be streaming on HBO Max. The best movies from HBO Max are Cry Wolf and Curious George. 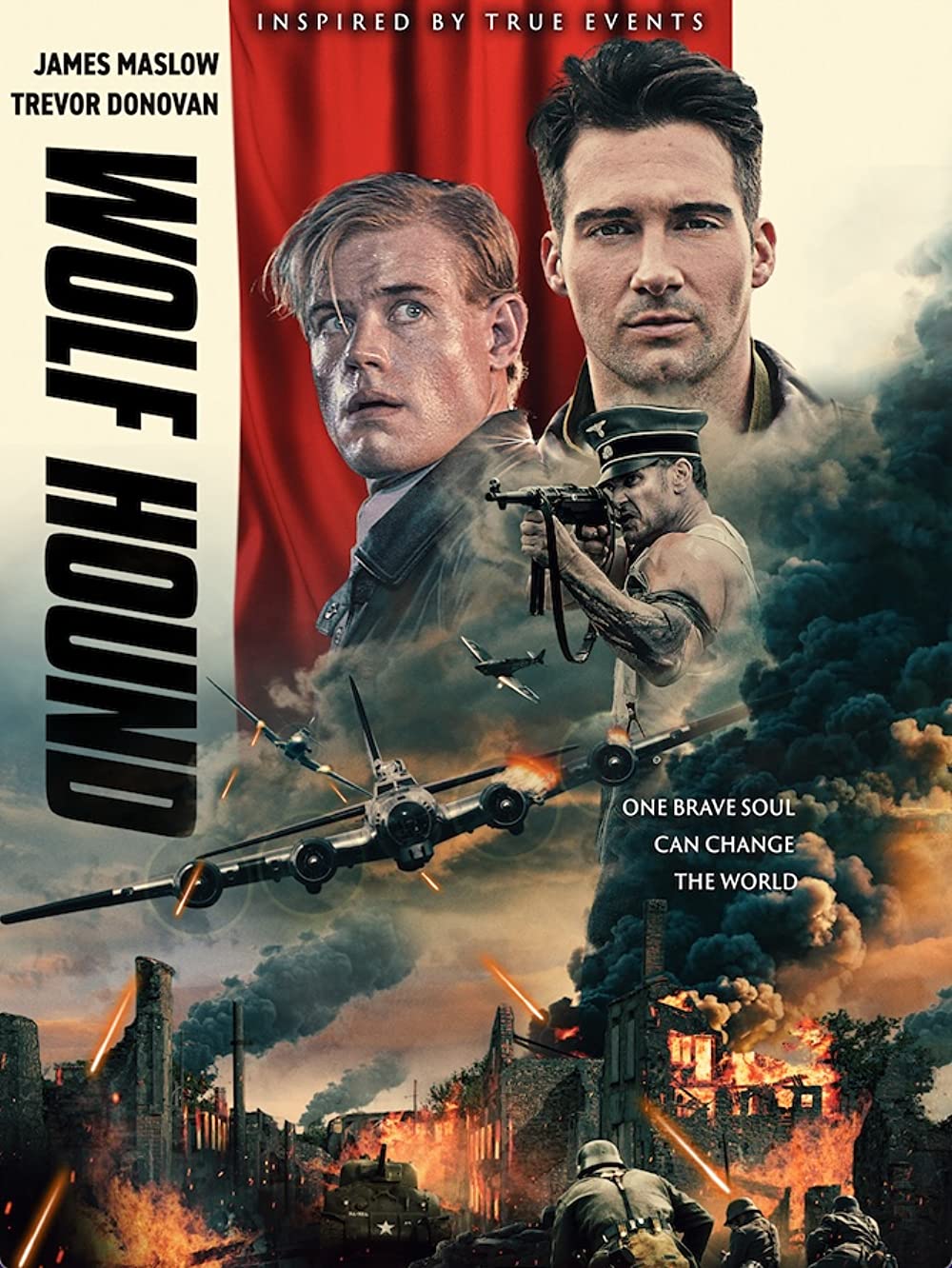