Prior to its anticipated October 14, 2022 US release, White Bird: A Wonder Story, which was filmed in the Czech Republic during the first few months of 2021, has gotten its first official trailer. The new drama, a sequel to 2017’s Wonder, has Helen Mirren and Gillian Anderson in the lead roles.

The majority of White Bird is set in France during World War II, with Prague and other regions serving as the historical locations, in contrast to the original movie starring Owen Wilson and Julia Roberts, which was set in contemporary New York.

The antagonist of the preceding film’s protagonist, played by Jacob Tremblay, is Julian Albans (played by Bryce Gheisar, the lone returning member of Wonder’s ensemble), who is the focus of White Bird: A Wonder Story. Julian’s grandmother (played by Helen Mirren) tells him a tale about her upbringing during the Second World War after Julian had been dismissed from school.

In occupied France, Sarah (played as a teenager by Ariella Glaser), a character played by Helen Mirren, hides from Nazi persecution with the assistance of a small child (Orlando Schwerdt). The kid’s mother (played by Anderson) sacrifices everything to keep the youngster and his partner safe, but the young couple discover love in a world of their own making.

White Bird: A Wonder Story was directed by Marc Forster (World War Z, Quantum of Solace) from a script by Mark Bomback that was adapted from Wonder author R.J. Palacio’s graphic novel.

Filming for White Bird: A Wonder Story took place in Prague’s Barrandov Studio, as well as on city streets for location work. A small part of the movie was also filmed in the Prague-West hamlet of Kneves.

Along with Kutná Hora, Grabtejn Castle outside of Liberec, the Brdy woods southwest of Prague, and other rural areas in Koleov, Tampach, Svat Jan pod Skalou, and Hskov, the production also used sites around the Czech Republic.

Star Gillian Anderson received a Golden Globe award when she was in Prague for her role in The Crown. She was streamed into the event live from Prague due to Covid procedures with the help of local experts.

Anderson told the Czech Film Commission during the production of White Bird: A Wonder Story, “I’d been longing to come back to Prague for some time, having only gone briefly once before.”

“Truth be told, if there hadn’t been cameras outside the hotel every day, I would have seen more of the city. But perhaps the next time I visit, I’ll do so in secret and have more time to see your lovely city.

The US release date for White Bird: A Wonder Story is set for October 14, 2022, while the Czech Republic release date is presently set for November 3.

The first trailer for White Bird: A Wonder Story, the follow-up to Stephen Chbosky’s Wonder from 2017 has been made available by Lionsgate. The film White Bird, which Marc Forster (Finding Neverland) is directing, is based on the R.J. Palacio book of the same name.

The book Wonder was made into a movie in 2017, starring Owen Wilson and Julia Roberts, and it detailed the tale of a young child who started attending the fifth grade at a regular primary school despite having a noticeable facial difference. The film served as the impetus for the movement to “choose kind” and propagated a message encouraging people to view physical differences differently.

A spin-off sequel/prequel to the first Wonder movie is White Bird: A Wonder Story. The main character of the movie is Julian, who has been trying to fit in since since he was expelled from his previous school due to how he treated August Pullman, the main character of the first movie. In the teaser, Helen Mirren, who plays Julian’s grandmother, reminds Julian of the reason he was dismissed from his former school: “for being unkind to another youngster.”

His grandma chooses to share with Julian her own personal narrative from when she was a little girl in an effort to influence him to change and view the world differently. The lady played by Helen Mirren in the teaser acknowledges that this is a difficult memory for her, but feels that it is necessary to share it in order to support her grandson.

The Second World War is the backdrop for her narrative, which takes place in Nazi-occupied France. She tells Julian about a boy who helped save her from a potentially terrible circumstance. In a lovely dream world they have created for themselves, the two are living a story of first love. She reveals in the teaser that the fact that they had both experienced hostility from others was what brought them together.

In the trailer, a young version of the grandma is shown being bullied at school by her classmates because she is Jewish. She will tell her troubled grandson this story of kindness and courage because it takes a lot of guts to be nice. This inspiring film, like Wonder before it, shows how one deed of kindness can stand the test of time and live on in people’s memories forever.

By hiring Marc Forster to helm White Bird: A Wonder Story, a creative companion set in the same universe as the studio’s 2017 success, Lionsgate is enlarging the Wonder universe.

The film White Bird is based on the stirring graphic novel by Wonder author R.J. Palacio, in which Jacob Tremblay played a 10-year-old kid with Treacher Collins syndrome. The movie told a moving and inspirational tale of how compassion can bring people together and transform hearts. Even the power of compassion can save lives, according to White Bird: A Wonder Story.

Julian Albans, the 11-year-old bully who left Beecher Prep and is still waiting for that insight when his Grandmère from Paris visits, is the main character of the novel. She explains how her fairy-tale existence before the war quickly altered when the Nazis conquered France, and how the misfit student she previously scorned became her rescuer and best friend, changing the boy’s perspective on compassion and courage. The movie will demonstrate how empathy for others can make all the difference in the world, even in the most terrifying situations.

This time around, Wonder producers David Hoberman and Todd Lieberman of Mandeville Films are back to produce with Palacio. Mark Bomback (writer of The Art of Racing in the Rain) created the script. Lionsgate’s James Myers and Aaron Edmonds will supervise the movie on behalf of the studio, whose Bonnie Stylides negotiated the agreement. Renée Wolfe and Alex Young will serve as executive producers.

Palacio’s books have sold over than 15 million copies worldwide, with versions available in 53 languages, and Wonder generated $305 million in worldwide box office revenue, proving to be a major blockbuster for Lionsgate and Mandeville.

“The theme of Wonder, which encourages compassion and empathy as well as seeing the person underneath the surface, resonated with viewers. We need tales that promote empathy for others more than ever, and R.J. Palacio’s graphic novel White Bird expands on those themes “said Nathan Kahane, president of Lionsgate. “In addition to being a master of his trade, Marc Forster adds a kind heart and sensitive vision to the adaptation’s directing of a tale about individuals coming together even under the most terrible circumstances.

With the drama Monster’s Ball from Lionsgate in 2001, which won an Oscar for Halle Berry’s performance, Forster made his acting debut. The J.M. Barrie movie Finding Neverland, which received him a Golden Globe award and an Oscar nod for Best Picture, came after that one. Forster later went on to helm studio blockbusters like the James Bond film Quantum of Solace and Brad Pitt’s World War Z, yet White Bird: A Wonder Story is a better match for him than films like Christopher Robin and The Kite Runner (along with Finding Neverland).

Written by Mark Bomback, the script. Bryce Gheisar as Julian, Gillian Anderson as Vivienne, Olivia Ross as Rose, Orlando Schwerdt as Julien, Ariella Glaser as Sara, and Ishai Golan as Max are other cast members that appear alongside Mirren. 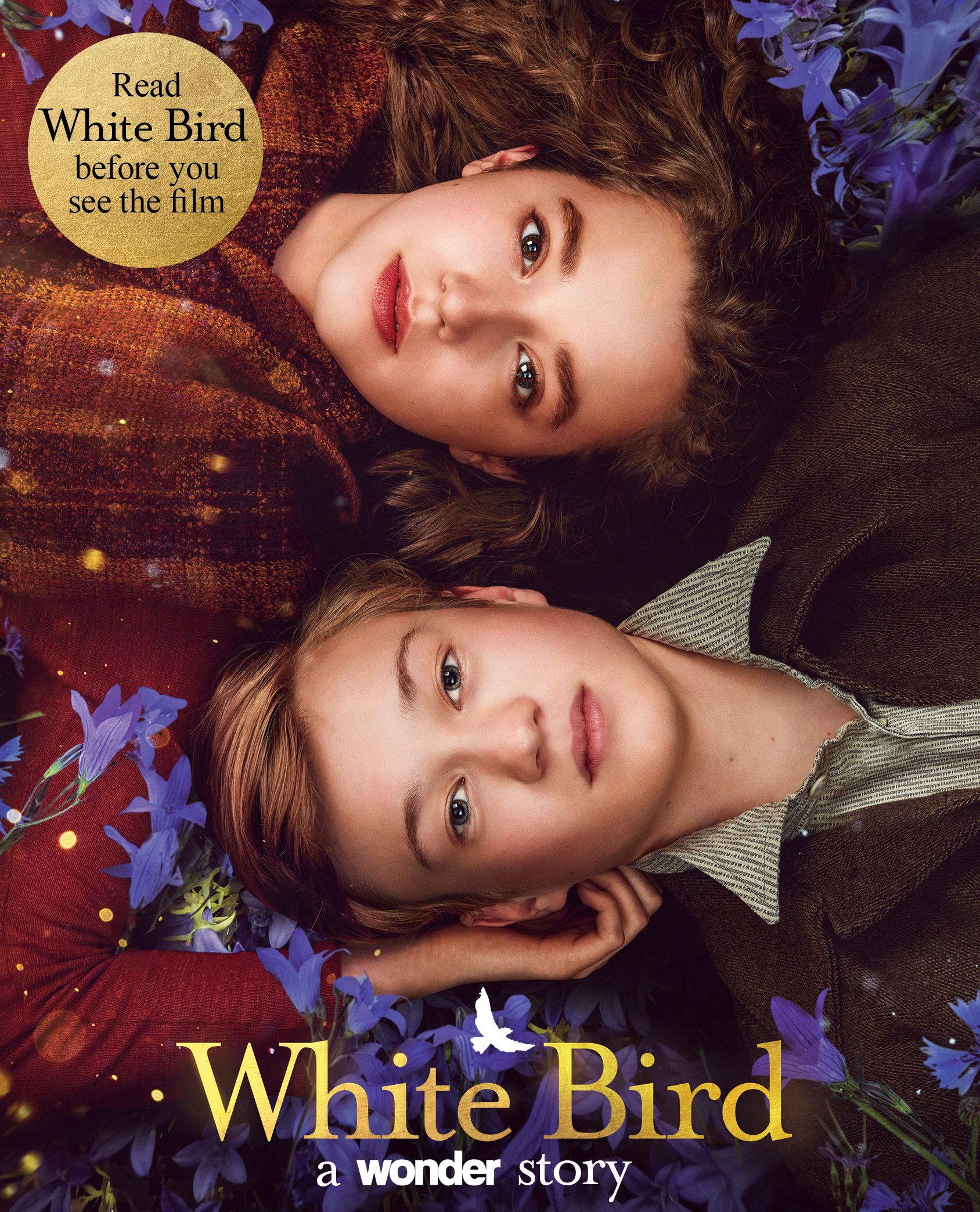 White Bird: A Wonder Story (2022) will be premiering in theatres on October 14, 2022. We do not recommend illegal streaming and always suggest paying for the content you like to watch.

Is White Bird: A Wonder Story (2022) available on Amazon Prime?

Amazon prime will not be streaming White Bird: A Wonder Story (2022). Additionally, several other films are streaming on Prime. Our recommendations are The Voyagers, It’s a Wonderful Life, Notting Hill, and Eternal Sunshine of the Spotless Mind.

HBO Max will not be streaming White Bird: A Wonder Story (2022). However, HBO’s subscribers can enjoy its other popular streams like Euphoria, When Harry Met Sally and Promising Young Woman.

White Bird: A Wonder Story (2022) is not available on Hulu. The new release line-up additionally includes Pam and Tommy, How I Met Your Father, Abbott Elementary, and Vikings.

Is White Bird: A Wonder Story (2022) available on Netflix?

White Bird: A Wonder Story (2022) will not be available to stream on Netflix. However, other brilliant shows like The Power of The Dog, The Social Network, Tick, Tick, Boom, and much more are available.