The 2022 American comedy-drama movie revolves around a guy Andrew played by Cooper Raiff. He is also the writer, director, and producer of the film. The movie also stars Dacota Johnson, Leslie Mann, Brad Garrett, and newcomers Vanessa Burghardt and Evan Assante in predominant roles.  The story is about a freshly graduated boy who doesn’t have any extraordinary credentials and seems confused about his purpose in life. His life, though, changes when he discovers his true potential as a “Party starter”. Some of the mental health issues like depression, loneliness and autism are dealt with very subtly yet sensibly in the movie which is seen experienced by some of the characters. It’s released in nearby theatres and Apple Tv+ on 17th June 2022. 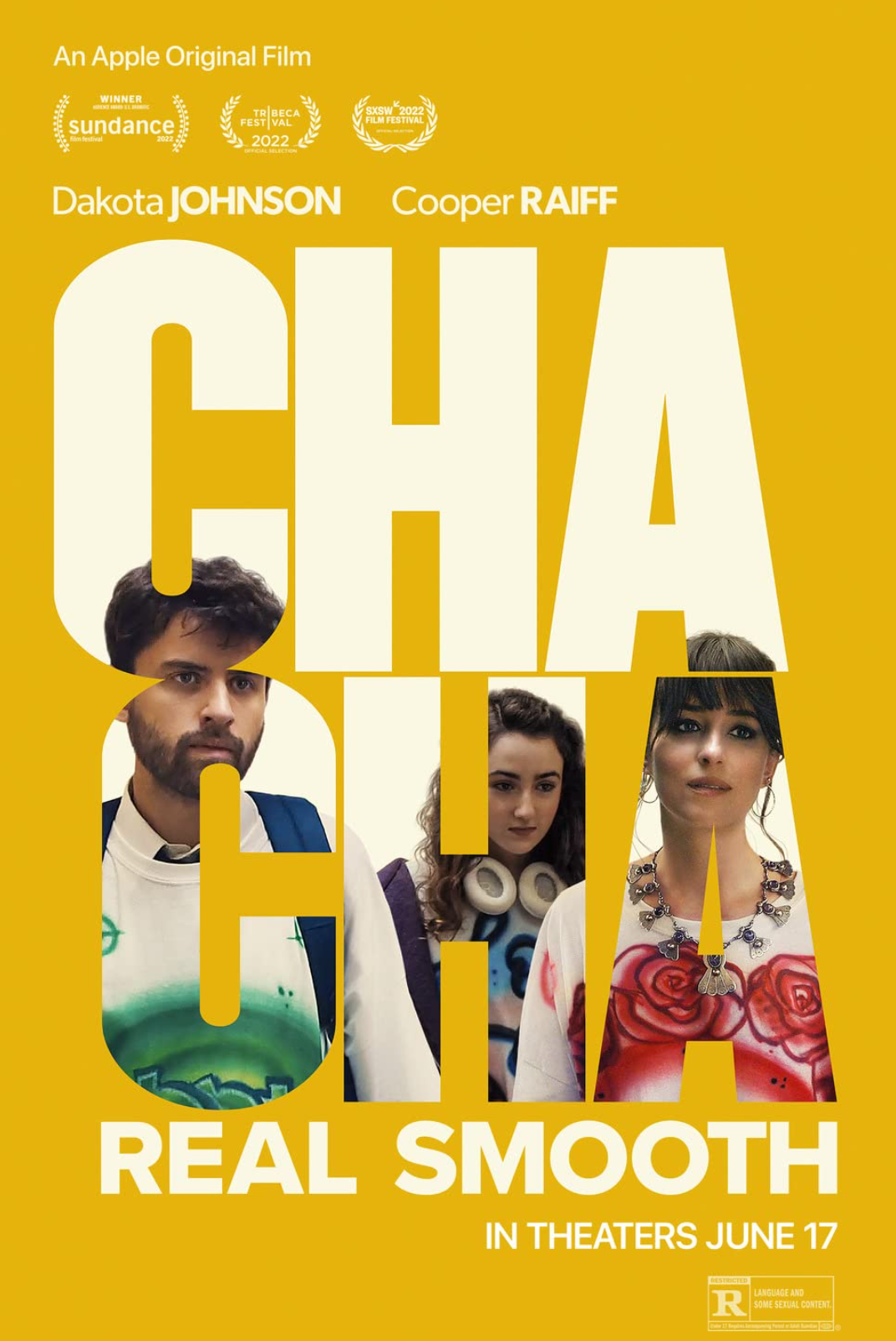 The movie is about Andrew (CooperRaiff), a recent college pass-out who’s trying to figure out his life. His girlfriend has moved to Barcelona and he wants to get enough money to join her there. Andrew moves in with his mother (Leslie Mann) who is bipolar at his step-dad (Brad Garret) Greg’s house and has to share a room with his younger brother David (Evan Assante). He even tries to convince his mother that Greg isn’t good for her. He manages to get a job at a meat daily restaurant which he is probably ashamed of. As his mother can’t attend, he accompanies his brother to his brother’s classmate’s batmitzyah party.

That’s where his talent as “part-starter” gets discovered and all the Jewish mothers ask to him take up this job. He also meets Domino (Dakota Johnson) and her autistic daughter Lola (Vanessa Burghardt). At the next bat mitzvah party, he helps Domino as she suffered a miscarriage and takes them home where Domino kisses him. But she also tells him that he has a fiancé Joseph (Raul Castillo) who works in Chicago as a professional lawyer. 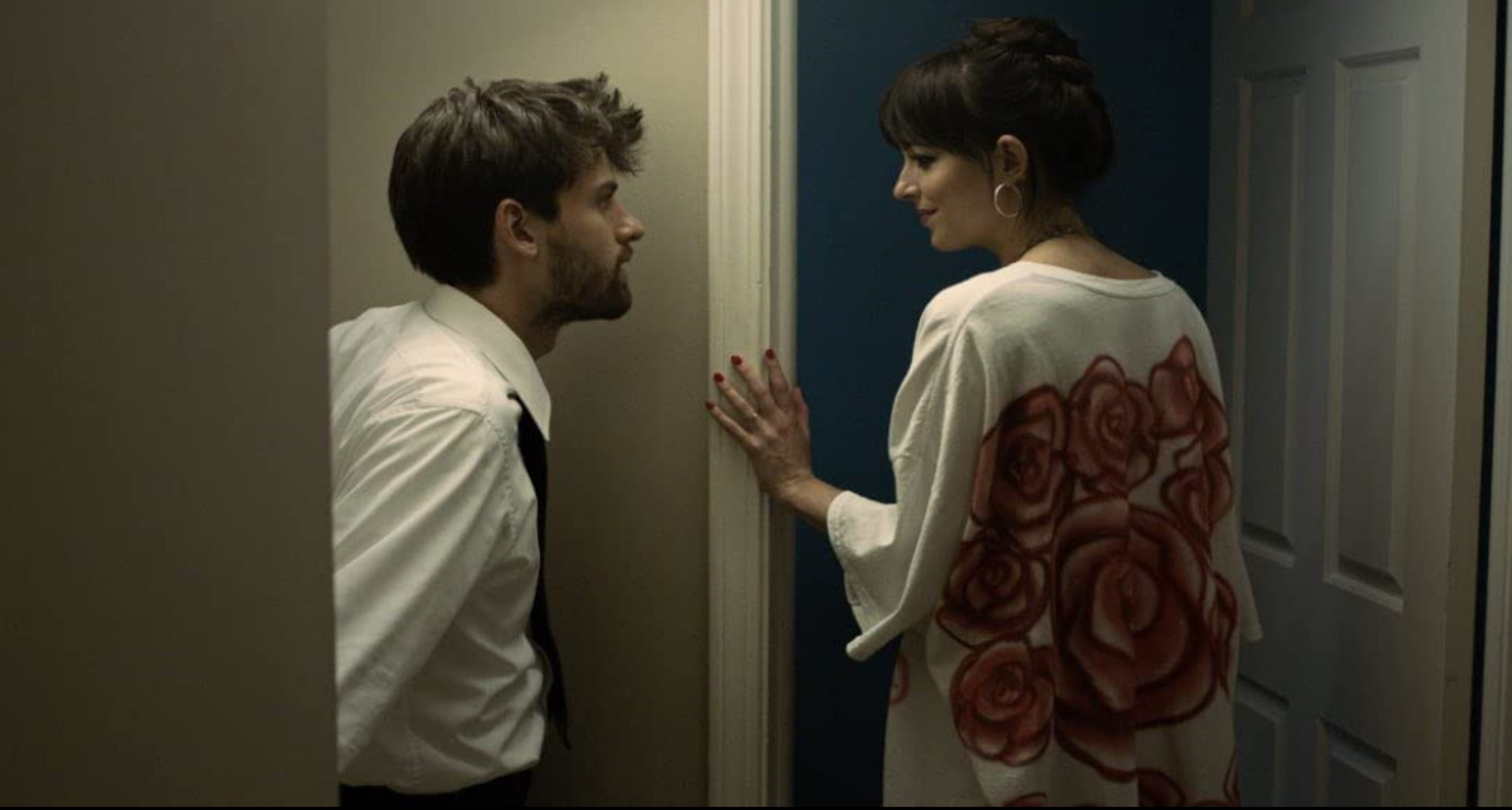 Andrew starts to baby sit Lola and slowly both Lola and Domino forms a bond with him. In some of the scenes, we see Lola introducing Andrew to her pet hamster Jerry, plays and talks with him and even let him scratch her back like her mother does. It also shows a flirtatious relationship between Domino and Andrew and she even opens up about her depression. They fall into a routine where they meet each other in the parties and Andrew goes for a job interview at a Non-profit organisation “Hope meets a friend”. He is definitely suffering from loneliness as he gets jealous seeing his girlfriend’s pictures with another guy and has sex with his classmate Macy.

Domino and Andrew meet at a pub and later return to her home where they get carried away and start kissing when they hear Joseph’s car coming. In most of the part, we see Andrew to be a sensible and caring person, but the way he reacts to her withdrawal last night showed his unpleasant side too. He becomes unnecessarily rude to his brother David when he asks for his advice. Next day, his insecurity shows after he is confronted by Joseph on the batmitzyah bash with Domino missing from the party.

He even gets drunk and misbehaves with his mom and step-dad at his job. He gets involved in a fight while trying to intervene in a brawl between his brother and some kids who were bullying Lola. (They clearly deserved it though). The only good thing is that he is impressed by his step-dad throwing some mean punches while trying to protect his family. Later that night he apologises to his brother and that visits Domino’s House and proposes her but she refuses. Andrew is heartbroken and realises that he is still a young adult trying to fit in to the hardship of life.

He starts with his new job at the NGO and decides not to move to Barcelona. He meets Domino again at David’s school and their heart to heart conversation is the highlight of the film. The way she makes him understand his priorities in life is quite applaud worthy. He is also happy to know that his brother has his first kiss with the girl he likes. But he explains David the importance of choosing own self first. He later has a conversation with his mother where he expresses his gratitude towards her for being a great mom and that he is happy for her life with Greg. He also says that he is not moving to Barcelona but has enough money to move out.

He then promises to stay close to them. His bother comes in looking a little heartbroken and he thinks that his little brother faced his first breakup but in actual David is upset as he will miss his brother once he moves out.  Cut to 6 months later, we see that both Domino and Andrew have moved on with their respective lives. Domino is happily married to Joseph and Andrew seems to be happy with his job and having a nice time socialising with his friends.

On one hand we see a misinterpreted image of a single mother who faced a lot of difficulties raising her child and gets attached to a much younger, charming boy because of the possibilities of a fun relationship she couldn’t have earlier. On the other hand, we see a sensible youth battling through own insecurities of dealing with career failures, broken relationship and confused between desire and real love. There are some funny moments in the movie which shows Raiff’s comic timing, like, his bored expressions in his restaurant job, failing to do some push ups, party goof-ups, etc. So the basic thought summary of the movie tells how important it is to discover one’s real self and a person’s life shouldn’t revolve around his love interest only. Yes, it feels special to feel loved or have a real relationship but that isn’t enough. It is very easy and exciting to fall in love at a young age but it often leads to heartbreak and disappointments. So, it is very important to first stand in life, get settled and stabilize one’s financial graph before jumping into commitments. Till then, enjoy life to the fullest.

Cha Cha Real Smooth: Ending Explained. Do Domino and Andrew fall in love and end up together?

Domino is portrayed in a movie as an attentive mother who loves her daughter very much. She was really young when she got married and had a baby but her husband left her and that made her really insecure about her choices. She is seen as a bold and attractive personality with rumours floating among others of being a bad mom. Andrew, on the other hand is young, smart and a genuine guy who has just stepped into the realities of life where he has to find a decent job to support himself.

Initially, it is shown that Domino is attracted towards Andrew because of his youth and sensible side and they indulge in the early stages of intimacy. But, when he proposes to her, she refuses and says that she is happy and wants to marry Joseph. She says, “When I’m with you, I feel so alive and I feel so special, but that’s because it’s all possibility.” She explains that they aren’t in a relationship and she would not like to know how that will feel because he is only 22 and he still has to figure out who he truly is.

Andrew says “Marrying Joseph is the thing that will help you the most. The other night you said that the things that really scare you are the things that are gonna help you the most.” He thought that she was talking about him but now he understands that she is basically scared of commitment as her first husband left her. The climax scene is worth mentioning. We loved the fact that Domino explains that her life was and always will be tangled until she dies. Her life always revolved around her daughter and after marriage will be defined by Joseph and Lola. But Andrew is single and can figure out his own life without worrying about involving other people. So, not diverting from the plot as assumed in the initial story, Domino and Andrew do not end up together. But they bid each other a happy farewell and move on with their lives contentedly.