Contrary to popular belief, the movie “Fire in the Sky” is also based on a genuine story. The veracity of the narrative is a hot topic of discussion. It is an alien story, which is a very simple explanation for this. Travis and his pals are the main characters as Travis experiences an extraterrestrial abduction.

Skeptics think the story is false and the aliens are not genuine. However, every member of the crew who described the event in detail passed the polygraph examination. This undoubtedly lends the tale some legitimacy. Let us examine their narrative and make assumptions about what appears real and what doesn’t. 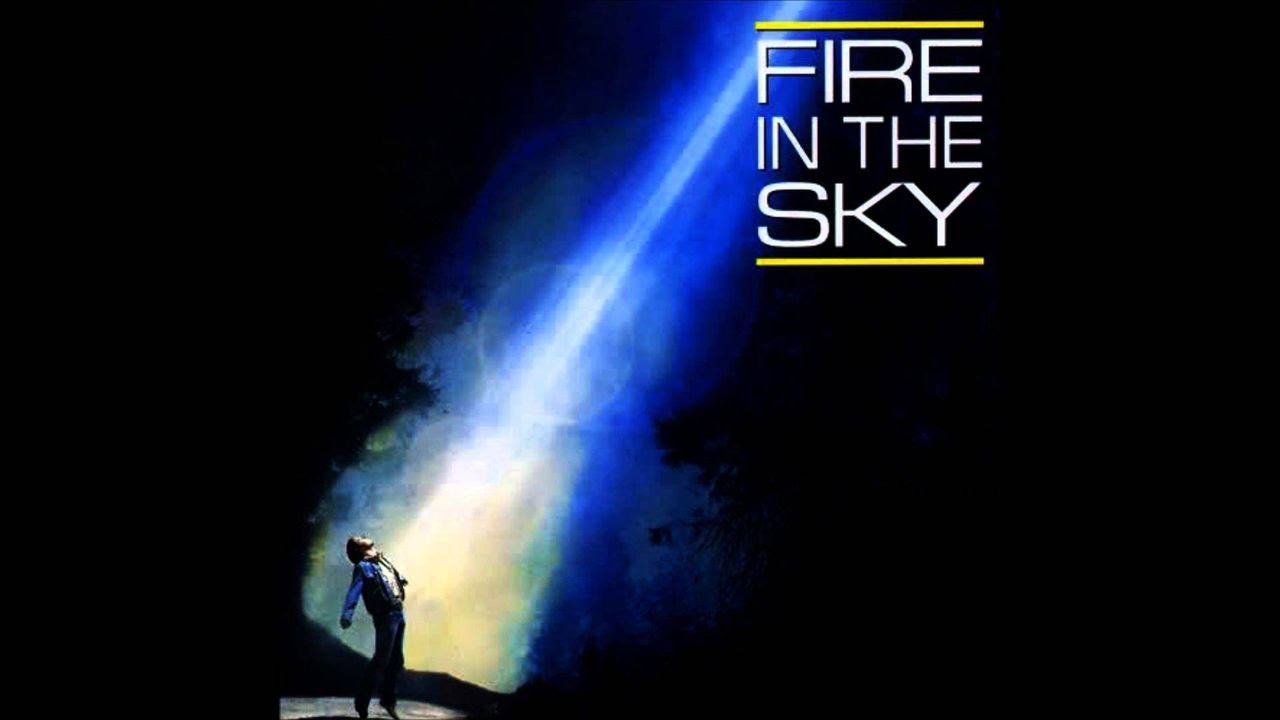 The movie follows local logger Travis Walton as he leaves Snowflake, Arizona on November 5, 1975, along with his friends Mike Rogers, Greg Hayes, David Whitlock, Allan Dallis, and Bobby Cogdill to work in the forestry operations for the government. The movie opens with Travis’s companions driving their pickup truck through a wilderness before making a glum entrance at a bar. They quickly talk among themselves in the bar before deciding to call the police and report their event. The sheriff asks a state investigator for help because the story is so improbable.

What’s the story, you ask? They tell him that while coming back from work, they were driving their pickup truck through the woods, and they saw an unsettling red glow in the sky. As they got closer, they could see this incredible sight in the sky. It seemed like a huge, luminous, pulsing object, which is presumably our UFO and the main lead of the movie. However, there is no saucer used to show the UFO. Rather, it seems to resemble a large lit-up orange mass.

Travis stepped out of the vehicle out of curiosity and was instantly knocked backward in the air by several feet due to the object’s intense brightness. It was as if an invisible force was propelling him. It was like being zapped by lightning. The others obviously got scared and fled the area because they thought Travis had died. He was nowhere to be found when Rogers chose to return to the location to get him.

When the loggers had returned to town to report the event, Sheriff Blake Davis and Lieutenant Frank Watters were skeptical of their account. Lieutenant Frank assumes foul play after learning that Allan and Travis had a history of conflict and Allan even had a criminal record. This same suspicion that maybe Allan played a role in the disappearance of Travis swiftly spread across the village, making the loggers an outcast in their own hometown.

At this point, the loggers are given the option to take a lie detector test after a sizable search party finds no trace of Travis. Despite Allan’s initial reservations the loggers eventually consent to the test in an effort to establish their innocence. During the interrogation, we find out a lot about their personal lives and their troubles.

The tests, according to Lieutenant Frank, were inconclusive, and they will need to redo them the following day. Indignant, Mike politely rejects to do the test again, and the other loggers do the same. I mean, fair enough, one can talk about their deeply personal things only so many times. However, later, the Lieutenant and the Sherriff are informed by the test’s administrator that, with the exception of Allan, whose test results were ambiguous, the loggers appear to be telling the truth.

About five days later, Mike gets a call from someone posing as Travis. He is discovered at a gas station in Heber, still alive but nude, dehydrated, and unresponsive. Travis is questioned by a ufologist, who is then expelled, and Travis is then transported to a hospital. While seeing him in the emergency hospital, Mike explains to him that he abandoned him after being hit by a light and came back to collect him.

Mike accuses Travis of starting the whole situation by stepping out of the truck, which causes Travis to become upset and turn away. Travis then had a mental collapse and started having flashbacks of the aliens’ kidnapping at a welcome-home celebration.

He was within a slimy cocoon in his flashback. He escapes the cocoon’s membrane and finds himself within a cylindrical structure with other identical cocoons on its walls. He is horrified to unintentionally find that one of these cocoons holds the rotting remnants of a human person. Two extra-terrestrial beings then stop him as he makes his way to a nearby place that appears to have multiple humanoid space suits. He is dragged via passageways littered with shoes and keys from the surface before arriving at an odd examining room.

He is stripped of his clothing by the aliens, who then cover him in an elastic material and pin him to a raised platform in the center of the room beneath a variety of tools and lights. The aliens cruelly subject him to an experiment despite his horrified screams, forcing him to undergo an eye probe while still conscious, having a gelatinous liquid put into his mouth, having his jaw clamped open, and having a device implanted into his neck. Travis eventually loses consciousness and wakes up on Earth, extremely shaken and confused. It is one of the most horrifying sequences in the movie that just made your hair stand on end.

This is the only part of the movie that doesn’t stay true to the story of Travis and his friends as to what happened in real life. The actual description of the aliens given by Travis was  – Their bald heads were disproportionately large for their puny bodies. They had bulging, oversized craniums, a small jaw structure, and an underdeveloped appearance to their features that was almost infantile. Their thin-lipped mouths were narrow; I never saw them open.

Lying close to their heads on either side were tiny crinkled lobes of ears. Their miniature rounded noses had small oval nostrils. The only facial feature that didn’t appear underdeveloped were those incredible eyes! Those glistening orbs had brown irises twice the size of those of a normal human eye, nearly an inch in diameter! The iris was so large that even parts of the pupils were hidden by the lids, giving the eyes a certain catlike appearance. There was very little of the white part of the eye showing. They had no lashes and no eyebrows.”

As per Travis’s narrative, he sprang up from the table, grabbed a tool off an adjacent table, and swung it at the aliens. As a group, they left the space. He then entered a space with a high-back chair in the center and sat down. He discovered that he was at an observatory after using a series of controls. A man in a blue outfit and a glass helmet suddenly appeared out of nowhere. He didn’t answer when Travis spoke to him; instead, he just led him through the doorway.

A doorway, a hangar full of other saucer-shaped objects, a corridor, and a room with three more people were all entered by the silent guy as he led Travis. They gestured for him to lie down on the table, but his inquiries went unanswered. He lost consciousness as soon as a lady who was one of the “humans” covered his face with a mask. He was aware of all of these, and when he went through a hypnotic regression shortly after the occurrence, he gave no additional details and said he felt that going any further would kill him.

Lieutenant Watters shows his skepticism regarding the kidnapping while speaking with Travis, considering it to be only a farce. He mentions his sudden fame as a result of the tabloids’ attempts to make money out of his story, thinking that Travis had fabricated the kidnapping in order to gain fame. The Lieutenant is compelled to give up his chase when the inquiry is completed and departs the city. Travis meets Mike, who is now a hermit, two years later, and the two mend fences. The last titles reveal that Travis, Mike, and Allan had additional polygraph tests done in 1993, and they had passed them, proving their innocence.

While they managed all the polygraph tests, there are still many critics who believe that the story told by the friends is untrue. What are your theories on aliens and life on another planet? Let us know in the comments below!

Theories About The Aliens Fire in the sky was based on Travis Walton’s book ”The Walton Experience”. He even appeared on a special “Shock Docs” episode where he talked about the alien abduction. Now, let us talk aliens. A scene in the movie gives you a hint that aliens have been visiting the woods before Travis was abducted.

A news reporter on television mentions a Native American legend about evil spirits that frequent the mountains and kidnap innocent children by falling from the sky. This gives the impression that the so-called evil spirits are the same aliens that are thought to be responsible for his disappearance, and the people living in the nearby reservations have had encounters with them.

The protagonist must endure a torturous ordeal as one of the aliens’ experiments before being forced to return to Earth in order to tell others about his experience. The aliens are members of an unnamed species that appear to be involved in a brutal experimentation on humans and possibly other species. Despite their brief appearance in the movie, they nonetheless establish themselves as a real threat.

As far as the truth of the story is concerned, it has been said that “In the Walton case, which took place in Arizona in 1975, unique tree ring growth may prove where the UFO was hovering and separately, the program uncovers details behind the man who led a complex plot to debunk Travis’s story.” So clearly, there has been some sort of supernatural or extra-terrestrial interaction between Travis and the aliens. I personally think that they are real. There is no way Earth is the only planet with life on it.

Why should you watch Fire in the Sky? Fire in the sky is a beautifully done low-budget film. It is a really good watch with some gruesome and horrific scenes of torture during the abduction. It is a movie that didn’t get the attention it deserved when it first got released, but it should get attention now. It is a great watch, especially if you are a fan of aliens and abductions.