Is The Last Duel Based On A True Story?

Based on Eric Jager’s book of the same name, The Last Duel is a historical drama. Starring NicoleHolofcener, Ben Affleck, Matt Damon, Adam driver, and Jodie Comer, the film is produced and directed by Ridley Scott.

The film is set in 1386. Marguerite de Carouge accuses her husband’s best friend of having raped her. Her husband, Knight Jean de Carrouges challenges his friend, Jacques Le Gris to a duel – a sort of trial by combat. This was the last legally sanctioned duel in French history.

Before we delve into the history behind this drama, let us first examine some of the historical terms for better understanding. Trial by combat, also known as a judicial trial was a way of settling disputes in the Middle Ages, especially those that did not have witnesses. The concept was that the accused and the accuser would fight it out in a dual, which the state government officially sanctioned. It was believed that God would bestow victory upon the person who was in the right.

Eric Jager is a medieval literature specialist. In The Last Duel, he recounts the story of the case that led to the last state-sanctioned duel in France. The story takes place during the middle of the Hundred Years War, a series of battles fought between England and France over claims to the French throne. 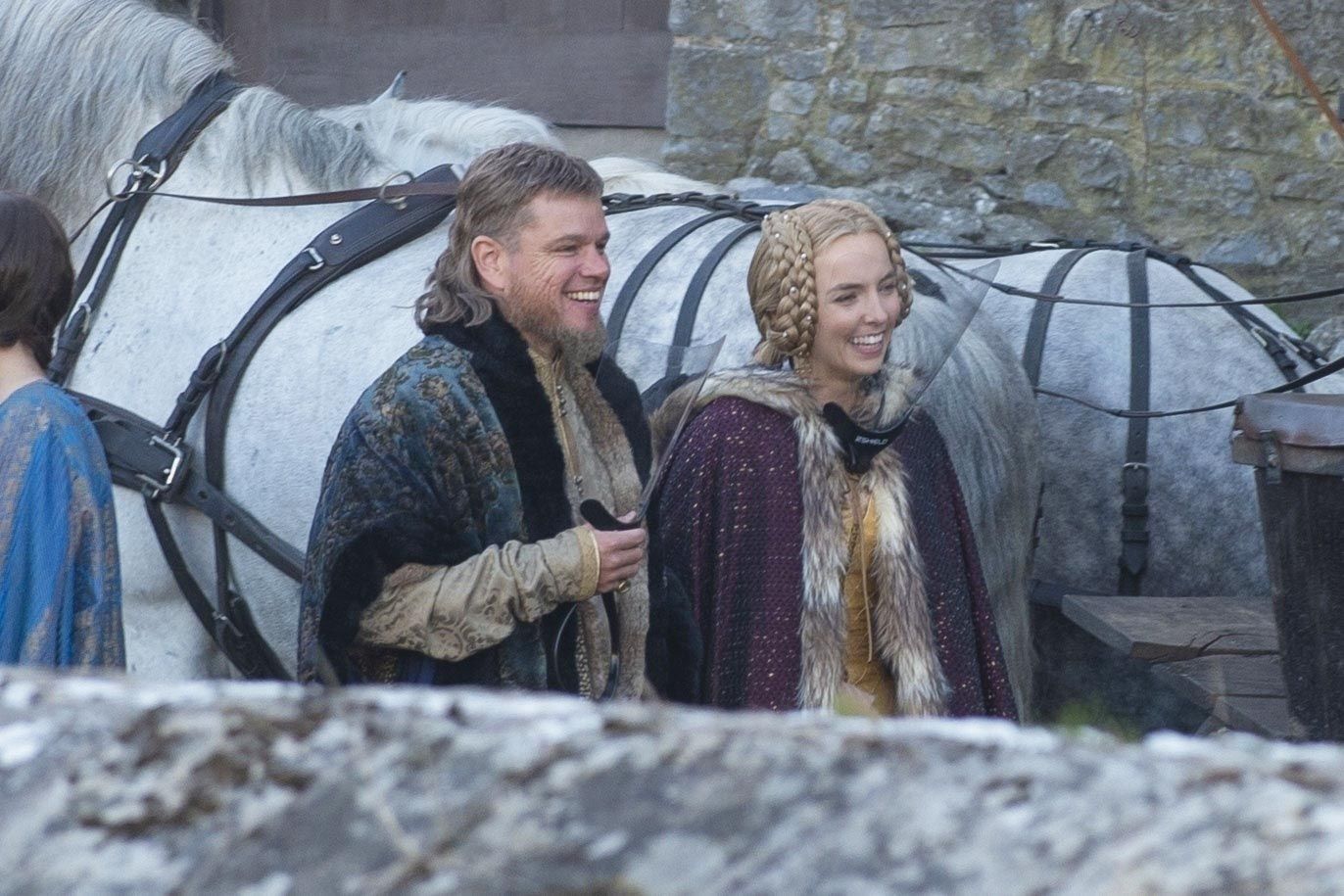 French Knight, Jean de Carrouges (played by Matt Damon)  was a part of several campaigns against the English throughout the 14th century, in places such as Normandy and Scotland. In 1380, he married Marguerite de Thibouville (Jodie Comer), daughter of the infamous Robert de Thibouvill, a traitor who had sided with numerous French kings during territorial disputes. It is believed that Carrouges wished to use his father-in-law’s claim to win back a territory that was given to Jacques Le Gris (Adam Driver).

It so happened that Le Gris was favored by the property owner, Cout Pierre d’Alencon, who dismissed Carougges’ lawsuit. This led to Carrouges losing credibility in the court, while Le Geis rose in wealth and popularity, and also earned a womanizing reputation. However, the feud came to an end as the two-man connected and formed a friendship. In fact, Carrouges even introduced Le Gris to his wife.

The story goes that on 18th January, 1386, Marguerite was home alone when Le Gris arrived with a friend, confessing his love fr her. Despite Marguerite’s continuous refusal and protests, Le Gris is said to have forced himself into the house and tried to bribe the lady into having an affair.

But when she refused yet again, Le Gris is said to have raped her violently, along with his friend, threatening to kill her if she told anyone. However, she did tell her husband, who was enraged and brought charges against Le Gris. However, Le Gris, being a favorite of the Count, it was obvious that the hearing would not be fair.

So Corrouges and Marguerite did not even turn up at the trial and the latter was accused of having dreamt the whole situation. This left Courreges no option ut to go to King Charles VI and request for trial by combat. The combat was to death and the victor would be deemed innocent. If Courreges lost, marguerite would be burnt on the stake for false accusations. 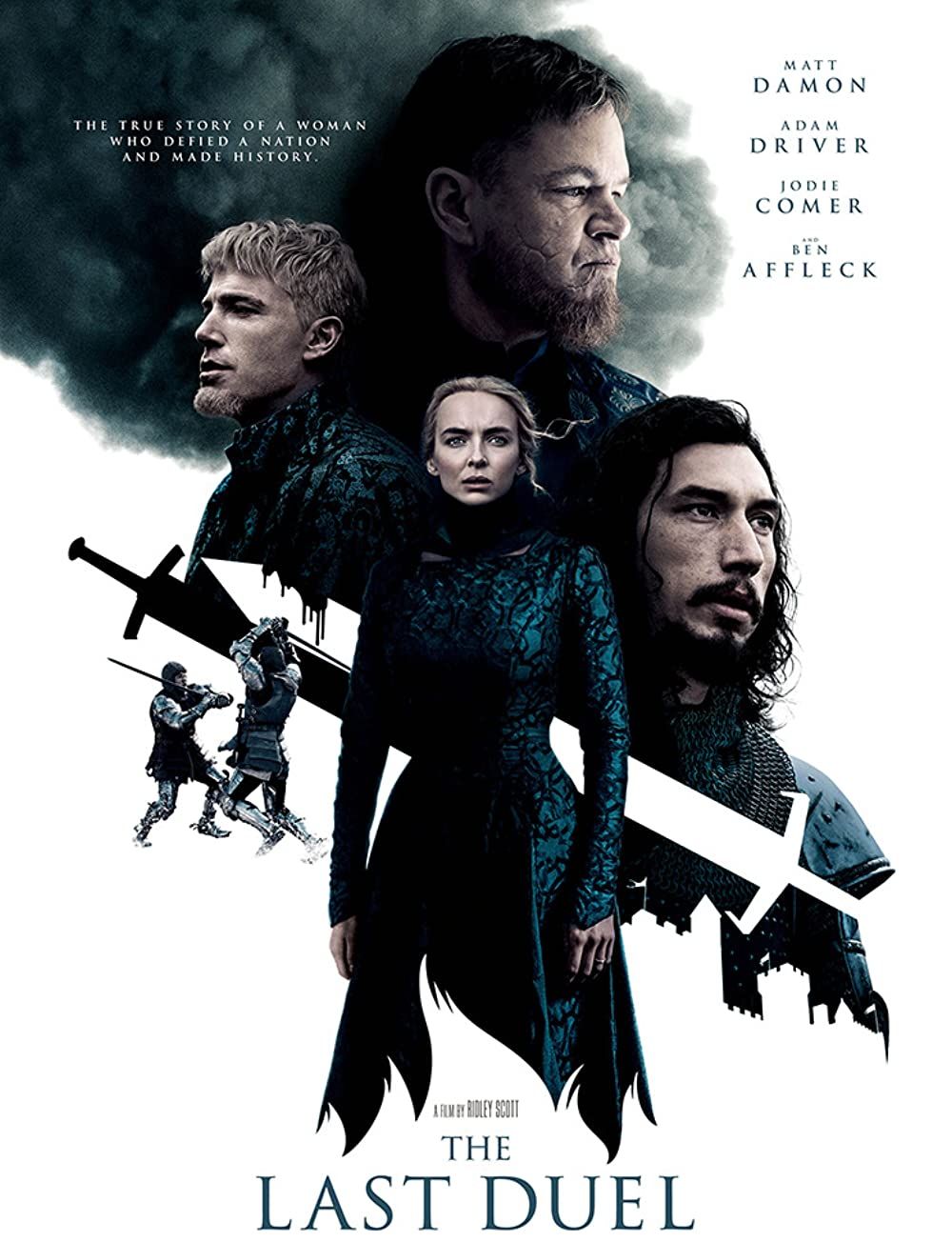 Once common n France, duels were a rare site by the 14th century. Thus, this one drew crowds of hundreds to an official Paris arena. Marguerite had given birth to a child in the months leading up to the diel which took place on 29th December, 1386.

Both men were armed with the Holy Trinity of weapons – a lance, a longsword, an axe, as well as a dagger. The fight started on horseback with the going through four rounds of charges, before both the horses were dead. The climax of the duel came on foot.

Although grievously injured, Carrouges was able to get the upper hand when he pinned Le Gris to the ground. Even till his last breath Le Gris pleaded guilty when Carrouges stabbed him through the neck.

Carrouges received a lot of benefits from winning the duel. Besides the obvious gift of life, he was given a huge cash prize and was awarded the chevalier d’honneur and made the bodyguard of the royal household in Paris.

This case has since become a cultural legend in France, with historians debating to this day. Despite being set in the 14th century, The Last Duel tells the story of a rape case, the judicial proceedings that follow, and the treatment of the victims that speak out. Too relevant in today’s world?