Any game inspired by Quake, Duke Nukem, and Doom had to be fantastic, right? With the official unveiling of Turbo Overkill, Apogee Entertainment and developer Trigger Happy Interactive want to achieve just that.

Turbo Overkill is a “savage first-person shooter” set to release in 2022 for the PlayStation 5, Xbox Series, PlayStation 4, Xbox One, Nintendo Switch, and PC via Steam, GOG, and the Epic Games Store.

Johnny Turbo is a “half-metal, half-human, half-crazy” cyborg with secret arm rockets and a chainsaw on your lower leg for that nasty roundhouse kick. When Johnny returns to Paradise, he discovers that the whole population has been taken over by Syn, a renegade AI. Johnny, short on cash and desperate to escape his past, sets out to kill Syn for the reward money. Unfortunately, rival bounty hunters are also interested in the money. 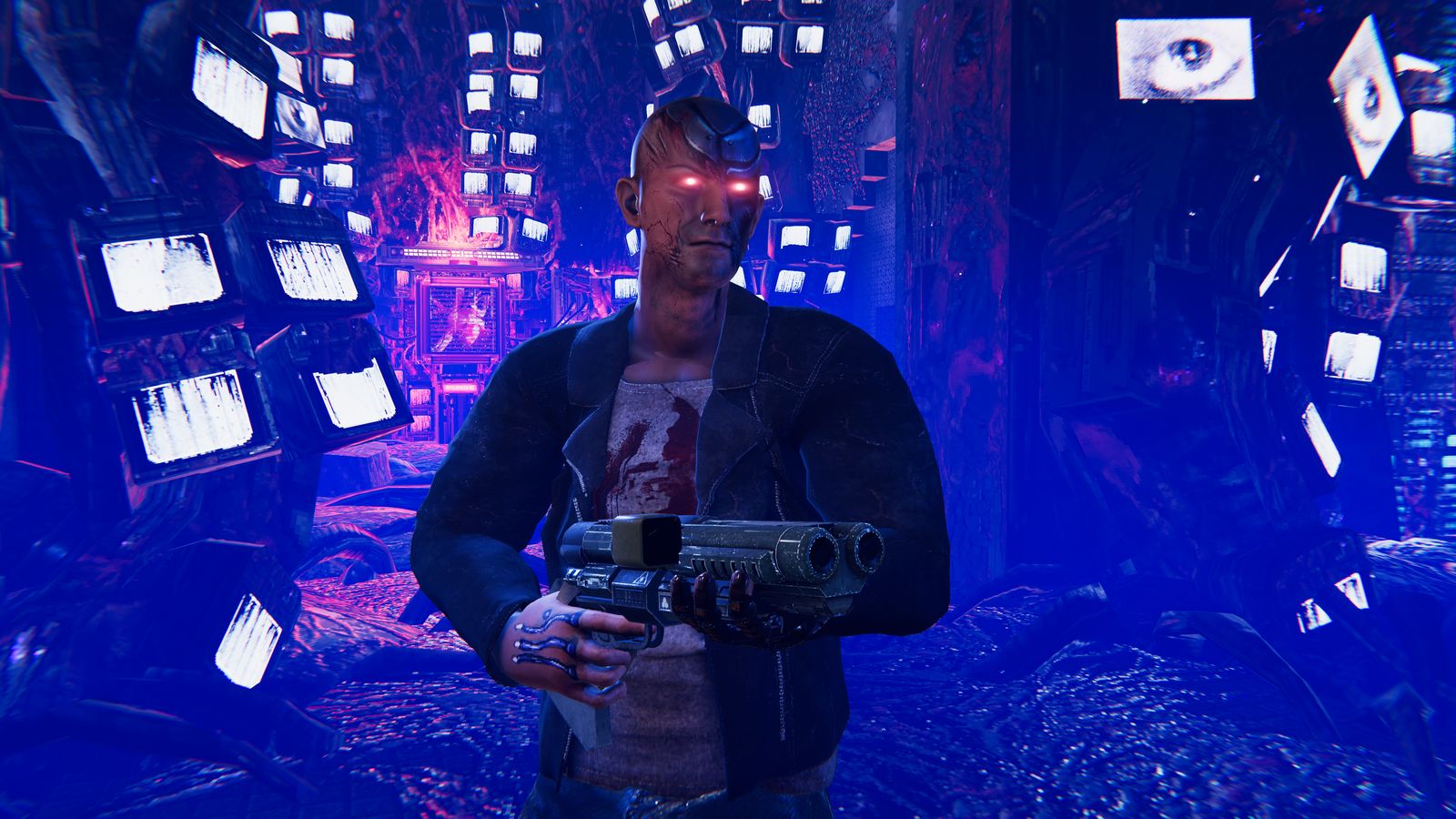 Johnny is also equipped with Hero Time (TM), a new type of slow motion “with a twist,” in addition to the ridiculous weapons at your disposal, maybe telefragging with a sniper rifle?You’ll need it, as you’ll be slicing up enemies while racing on walls and dashing about in two dozen levels “filled with secrets, bonus arena rounds, and white-knuckle battle puzzles.

As if you needed more reason to slay your adversaries, each kill earns you money, which you can use to strengthen your augments and deliver even more damage. Turbo Overkill is fast, frantic, and ferocious—excess personified, according to Sam Prebble, one half of Trigger Happy Interactive. You’ll feel right at home in Paradise if you enjoy Quake III Arena, modern and vintage DOOM, or Apogee’s iconic first-person shooters.

The gameplay trailer is now out for this game so make sure that you check it out before the game hits playing sites.