It is a murder-mystery set in a half-submerged environment Miami has been so badly affected by climate change that the streets of South Beach are flooded, the whole population has gone nocturnal since it is too hot during the day, and the wealthy live on a gigantic platform with its own private dam.

Nick Bannister, played by Hugh Jackman is a private detective of the mind and he guides his customers through the darkly enticing world of the past by assisting them in retrieving lost memories. His life is irrevocably transformed when he takes on a new customer, Mae, played by Fergusson, who lives on the outskirts of the sunken Miami beachfront.

A simple case of misplaced property turns into a terrible addiction. Bannister finds a vicious plot while searching for the truth about his beloved Mae’s disappearance, and must finally face the question: how far would you go to keep the ones you love?

Warner Bros. Pictures will release Reminiscence in the United States on August 20, 2021, with a month-long simultaneous release on the HBO Max streaming service.

The film received mixed reviews from critics, who compared it adversely to other similarly-themed films.

Nick supports himself by operating a fancy equipment that turns the human mind into a projector for the memories that have been stored inside it. Nick was once an interrogator during the nebulous “border wars” that were fought sometime between then and now.

Clients arrive at the abandoned bank where Nick and his platonic life partner Watts set up shop, enter an electrified water chamber, and are lulled into a deep sleep; their subconsciouses follow the sound of Nick’s voice as whatever they’re “seeing” flickers to life inside a sepia-toned 3D hologram draped behind the dig. 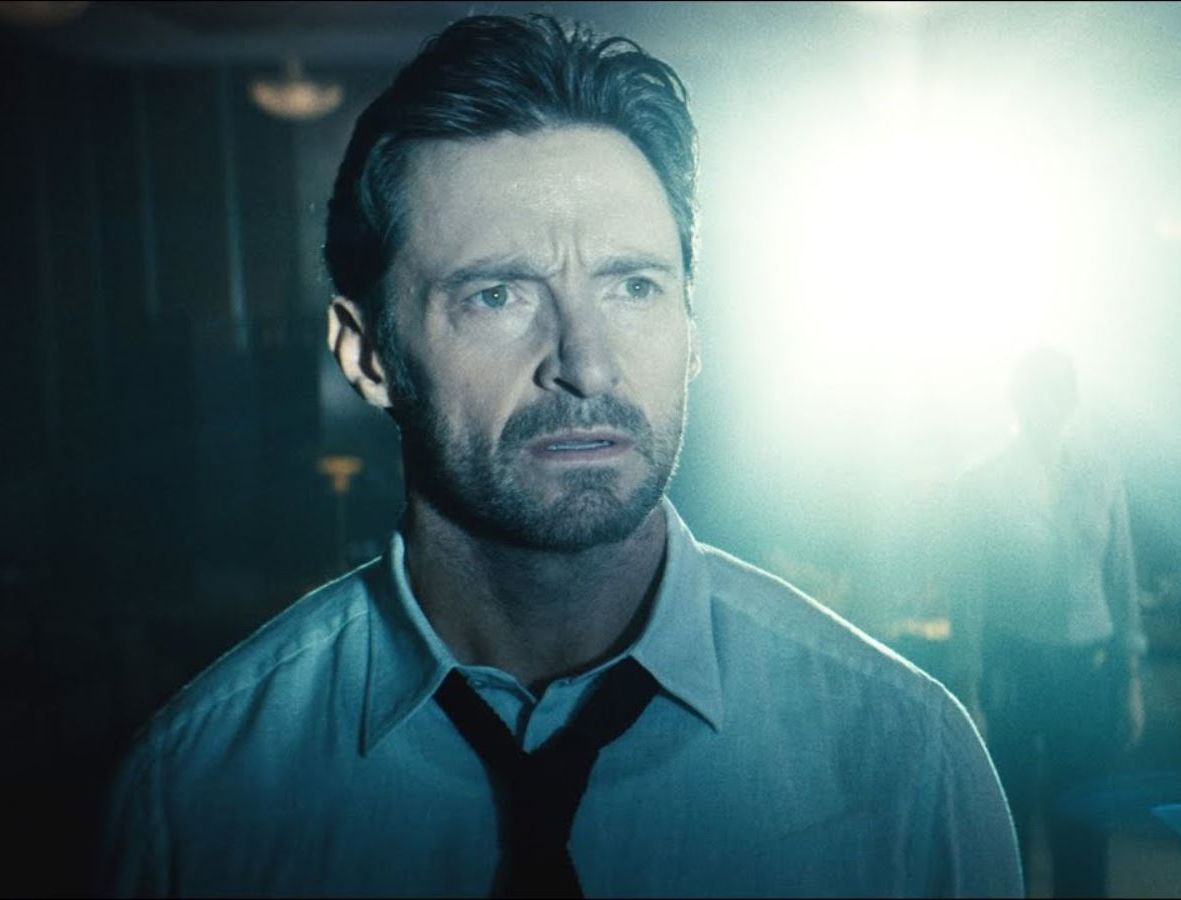 Mae saunters into Nick’s life wearing the kind of silky red outfit that could make a man feel like he owes her a favour in return, fresh from her stint singing Rodgers and Hart’s “Where or When” for sad-eyed strangers at the Coconut Club.

Mae has vanished in the ‘now,’ and Nick is plagued by her absence. This sends him down a spiral of following trails of memories to find out what really happened to Mae.

Where does Nick’s obsession lead him?

He starts looking for Mae, but Watts is concerned about him and their failing company because even their regular customer Elsa hasn’t shown up to relive her memory with her elderly boyfriend.

Not to add that one of the Barons, Walter Sylvan, has died, and a judge has declared that all of his land would belong to his son Sebastian and his wife Tamara, whom the District Attorney has been attempting to prosecute unsuccessfully. Nick, of course, is unconcerned because all he wants is to find Mae. 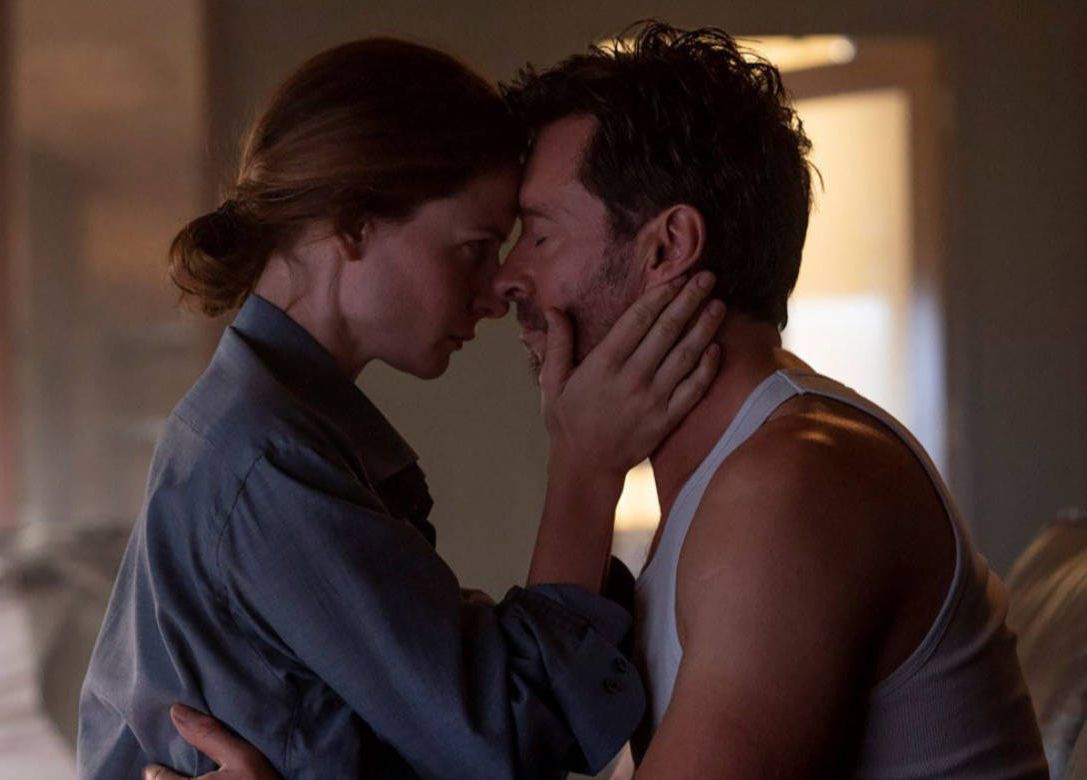 He discovers that she was a baca (drug) addict in New Orleans through memory hunting, and he travels there to check whether she has returned. Instead, he meets Saint Joe, a drug dealer with a chip on his shoulder, and they have a near-fatal battle, only for Watts to save him.

Watts later confesses to Nick through her recollection that the day before she left, Mae came to her and they had an honest talk in which she shared her past and Watts admitted she has an estranged daughter. Mae, on the other hand, takes advantage of a rare moment of alone to sneak into the vault and grab a memory card.

Elsa was the owner of the stolen card, and Nick realises that the man Elsa had been reliving in her memories was none other than the now-deceased Walter. He and Watts have a falling out, and he dismisses her.

Nick sets out to find Elsa, only to learn that she has been murdered and her son has been abducted by a beautiful red-headed woman whom he correctly guesses is Mae. He also goes to see Tamara, Walter’s wife where she tells him that she knew of Elsa’s pregnancy. Cyrus, a nasty cop-turned-henchman who has appeared in previous recollections, helps him figure out where Mae went.

He kidnaps Cyrus after a near-fatal fight and investigates his memories, which expose the truth. Mae tells her narrative in Cyrus’ memory. She was an addict who had been forced to set up Nick by Cyrus in order for them to steal Elsa’s memories and find out where she and her son were on Walter’s orders.

Mae, on the other hand, fell in love with Nick. She performed the assignment, but Walter had already died, and Sebastian wanted his half-brother out of the way, so he ordered the executions of both of them.

Mae followed Cyrus to Elsa and saved her son from being slain. When Cyrus inquires about where she’s taken the youngster, she responds, “You know, I already told you, it’s the only location I could think of to feel safe,” implying that she is aware that Nick would eventually discover this recollection and that she is conversing with him.

She took him to a secluded house on the river where she’d been saved by the owner, a lone woman named Frances – a storey she’d told Nick in a vulnerable time. She then overdoses and throws herself out a window, knowing that the only way to keep the boy safe is to delete access to her memory.

Nick raises the machine’s voltage, frying Cyrus’ brain and permanently imprinting this memory on his mind. He then travels to Sebastian, where an entire universe has been created to prevent Tamara from losing her mind because of a memory seared into her brain and reliving a happier time with Walter.

Nick confronts Sebastian, informing him that he knows he sent Cyrus to kill Elsa and the boy, but it’s too late now because he’s already told the cops where to locate him and is safe. Nick then travels to Watts’ new workplace which appears to be a cryogenic freezing facility of some sort to inform her of what has happened.

He explains that he made a deal with the DA to get away with intentionally frying Cyrus’ brains. He is imprisoned in his own recollections of this storey, which he narrates in a film noir style that the listener hears.

Many years later, Watts, now a grandmother, is checking on an elderly Nick who is still in the tank, reliving his brief connection with Mae until his death. Despite how perplexing it may appear, it’s a rather clear story about love, money, and revenge.

What actually happened to Mae?

Mae died protecting a little child and we’ll take you through exactly how that happened. Thus, Nick was chasing a ghost all along. 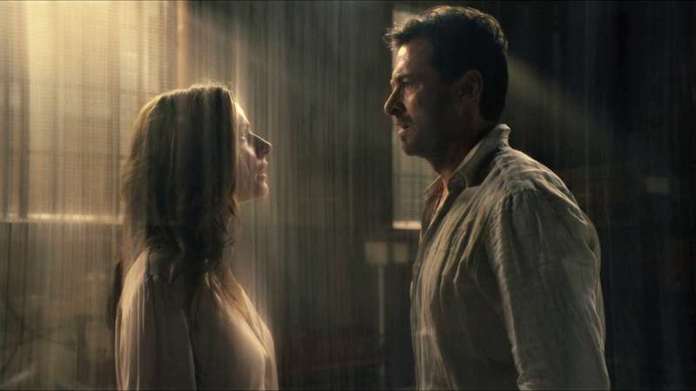 In the movie, the affluent have become known as Barons in this drowned planet, and they have purchased all of the dry ground. Walter Sylvan, an obscenely wealthy and powerful man who is introduced and then suddenly dies off-screen, is one such Baron.

During Nick’s search, he discovers that Mae was not who she claimed to be. She has a shady past that includes drug addiction and other illegal actions. She also hung out with Saint Joe, a frightening drug boss, and Joe’s muscle-man, a dishonest detective named Cyrus.

Elsa, the woman who kept yearning to recollect her trysts with her older boyfriend, has been murdered, Nick discovers. Furthermore, Elsa had a son, who was abducted by a woman Nick mistakenly believes is Mae.

Nick soon catches up to Cyrus, and the two have a massive brawl in a flooded structure. Nick manages to subdue Cyrus and drags him back to his office, where the crooked cop is strapped into the remembrance machine. Nick discovers what happened to Mae through Cyrus’ memories.

Mae was paid by Cyrus to get close to Nick in order for her to take Elsa’s recorded memories. Why? Because it turns out the much older lover – the one who always managed to keep his face off-screen throughout the memory projections – is none other than Walter Sylvan, the wealthy and powerful and now deceased, businessman.

Walter’s illegitimate son is actually Elsa’s missing child. Sebastian, Walter’s legitimate son, has an issue with this because he does not want to share his enormous inheritance with his secret half-brother.

The answer to saving his fortune is to hire Cyrus to assassinate Elsa while also erasing all evidence of her relationship with Walter. This includes erasing her memory and murdering her child.

Mae, on the other hand, fell in love with Nick for real and regretted getting involved up in all of this. So, before Cyrus could kill Elsa’s son, Mae kidnapped him and hid him with an old acquaintance on a faraway island. Mae then tried to overdose on drugs and then flung herself out a window to protect Cyrus from finding the boy. Because the only way you can’t access one’s memories is when they are dead.

Ending explained – Does Bannister find what he’s looking for?

Nick does find what he’s looking for but his finding is less than ideal. We see a troubled man searching for a woman he loved post her sudden disappearance. After he finds Cyrus and sees the memories he has of her, he realises that their entire relationship was a set up however, he does see that she fell in love with him in the process.

The truth about old Walter and his illegitimate child comes to light and Nick watches it all, trying to uncover what actually happened to Elsa and Walter’s son. He sees Cyrus kill Elsa in his own memory and throw her into the water. Mae gets to Freddie in time and helps him escape from Cyrus on a boat.

He then sees Cyrus drag her away in a car as she drops her earring in the hopes that Nick will find them. The memories further shows Cyrus force-feeding Mae baca and trying to find the location of young Freddie. Cyrus is unable to figure out the location but Nick is, white Clapboard house. He then watches as she overdoses on pills and jumps out of the window, vowing to protect Freddie.

Nick, rightly enraged, uses the equipment to fry Cyrus’ brain by searing into his brain the memory of how he got his terrible scars. Then he reveals the truth about Walter Sylvan’s “hidden illegitimate child.” The case is now closed. But hold on! Reminiscence has one more amusing twist in store for us!

Before the film ends, we learn that the entire film was essentially one big memory/dream, and that Nick has been trapped in his own machine for years, growing old. We get a shot of Hugh Jackman wearing old-age make-up while floating in a water tank while reliving his happy times with Mae.

What is Reminiscence, reminiscent of?

This Art Deco hybrid between “Waterworld” and “Blade Runner” sticks in the imagination as a head-scratching example of what may go wrong when science fiction overlooks the unchangeable nature of some facts, despite its mildewed magnificence. 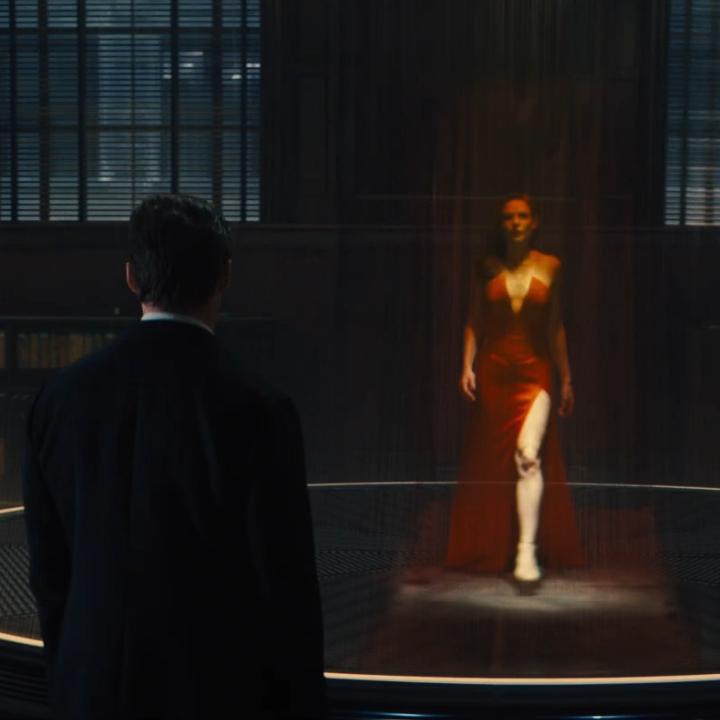 Many things haunt “Reminiscence,” one of which being the ghost of Humphrey Bogart, Joy’s brother-in-law Christopher Nolan’s brutalistic spirit. Joy co-created HBO’s “Westworld,” which some fans may not be aware of. The parallels to Inception are also undeniable but what Inception gets right, this movie doesn’t quite grasp.

Reminiscence is now playing in cinemas and on HBO Max, and guess what? It’s not awful at all! I wouldn’t go as far as to call it a terrific or even a very good film. But it’s a well-crafted original piece of science fiction noir that blends hard-boiled pulp with hazy futuristic technology. However, despite its attractions, Reminiscence falls flat on its face and ends with a fairly dull conclusion that will leave you scratching your head.