Everyone is aware that Resident Evil is best recognised for its frightfully realistic zombies and mind-bending plot twists. Well, speaking of Andrew Dabb’s Resident Evil, season one does contain its fair amount of blood and terrors and is currently available on Netflix.

We are specifically referring to terrible monsters, all thanks to the deadly T-virus. Of course, this takes us to the topic of today’s video, which is to speculate about the potential identity of the water tank creature that was seen escaping in the season one finale.

After Bert is brought back to Evelyn at the start of episode eight, Revelations, she informs him that Umbrella needs his assistance on their latest endeavor. She is heard telling Bert that the project is critical and that if he does a good job, he would not only obtain his own home with his preferred green lawn and white picket fence, but also be able to keep the twins Jade and Billie as a happy family.

She finally reveals to Bert “Him” the unique project he will be working on. We witness a man who looks to have previously undergone mutations inside a single specimen tank. Did you notice how big his enormous claws were? If you ask us, the claw-part should have been where a typical human’s fingertips would have been. He clearly resembles a beast more than he resembles a human, so it is only appropriate to refer to him as such.

However, it is also the same person/creature whose twisted hand, the one with the enormous claws, is seen emerging from the wreckage of the destroyed facility, hinting that whatever was held in the tank has survived and will undoubtedly make a complete comeback in season two.

Now, given that the real identity of the creature was never really disclosed in the first season, we do have a list of contenders. Yes, you heard that absolutely right. What we have with us is a list with every member on it giving us some pretty strong hints about them being Evelyn Marcus’ secret project. Well, without any further delay, let us get on with today’s video straightaway then!

Before we go into our explanation, we have a very small request.

If you like our content please support us by subscribing to our channel, this is a small click for you, but for us, it means a lot, thank you, lets begin. 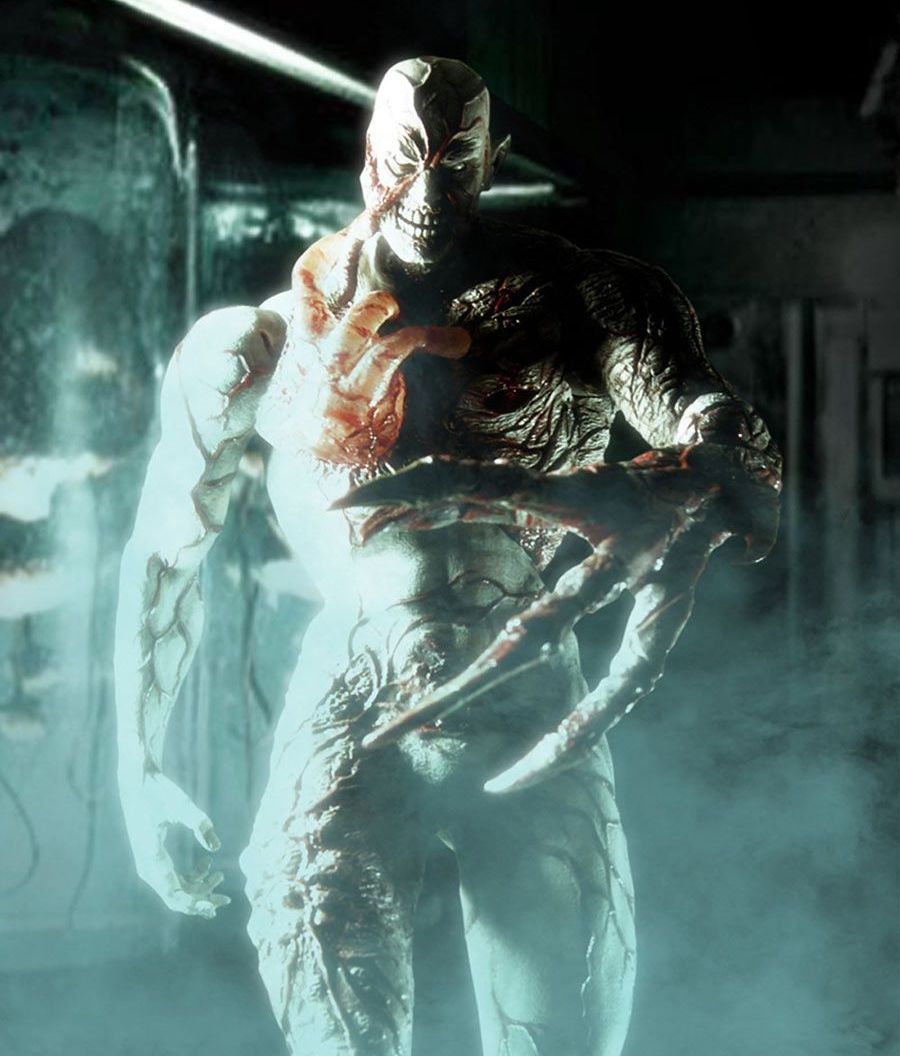 Now, there is a high chance that the creature, which is finally introduced to us in the season one finale is none other than the Tyrant, or as showrunner Andrew Dabb pointed it out in an interview earlier, ‘a character that falls into kind of the Tyrant category’.

Well, speaking of the Tyrant, the character made its debut in the original Resident Evil video game back in the year 1996 and since then has categorically been one of the most popular antagonists in the whole franchise – there are no two ways about it.

Coming back to the creature in the tank that escaped, or let’s say the important project as it was being addressed as, the Tyrant is an advanced bioorganic weapon created due to T-virus and the probable cloning of its specimen with the sole purpose of being utilized as super soldiers on the battlefield. Now, this following piece of information is for those of you who are not aware, please do not confuse a Tyrant with the typical zombies because unlike the zeroes that have been exhibited here, a Tyrant is shown to be in possession of a certain degree of intelligence.

This is precisely why they are chosen to do the job in the first place. Now when we take a closer look at the possible Tyrant on display, it most certainly comes under the combat-type, which means solely planned for war purpose. Also, if we are not wrong, it is quite tall for its size, deformed and let’s not forget, naked. Well, as a standard effect of T-virus infection, a Tyrant is usually seen to experience an augmented human growth hormone, further indicating that the shortest Tyrant will usually stand at a height of seven feet while the tallest one will attain around 12 feet.

Mind you, a Tyrant is a physical presence, one that is exceedingly hard to be matched. Right from boasting the ability to leap to extreme heights, flip over tanks for that matter, re-direct rockets, or in some cases, even burst through concrete, it is particularly known for its incredibly enhanced strength levels. Putting further stress on a combat-type Tyrant, it is often seen to experience an extended arm growth – you know, one of the hands resulting in a claw that is capable of causing extensive damage.

We are talking about humans getting impaled, or let’s say being literally held up by these powerful claws. It is true that we did not get a proper look at the creature in action in the first season, but having said that, you have to be on board with us when we tell you that there were quite a bit of hints, subtle of course, about a Tyrant throughout the entire season.

Given that the creature is seen to survive the explosion in the season finale, there is no stopping this one from appearing in the second season. Also, just imagine if it is a super tyrant, all hell is bound to break loose and looking at the events of the 2036 timeline, it surely looks like we are headed towards that direction. If you are wondering why William Birkin, well, to be really honest here, based on the very fleeting look that one gets at the creature inside the water tank, there is a high possibility that it is the former virologist of Umbrella Corporation, or in other words, the one accountable for the development of the Golgotha Virus. Once a regular human being, but after he injected himself with the G-virus, Birkin altered into a forever changing hideous looking monster.

We know what you are thinking and we agree that there has not been any direct mention of the G-virus in the series; but it is the inclusion of the character Lisa Trevor even, if it is in the form of a classified footage, that has led us to thinking that we cannot really disregard Birkin. After all, those of you who are familiar with the video game will be aware that the game shows Lisa infected with the G-virus.

Believe us when we tell you that Lisa looks completely identical to her video game counterpart. We are stressing on her being chained up, hideously deformed, hunched back and yes, there is a giant eyeball on her back. Anyway, coming back to the possibility of the confined and escaped creature being William Birkin here, let us elucidate you why we think so.

There is no denying that Birkin’s got a couple of mentions by Albert Wesker in the season, so this just cannot be a co-incidence, can it? We know we have physically not seen him, but ask yourself if you are ready to let go of the probability that the creature in the solitary specimen tank is Dr. Birkin from his early phases of his mutation from the G-virus?

We know we can’t for sure! Take a closer look with us at the monstrous hand, especially the one with the big claws – that pretty much looks Birkin to us from his second form where he not only becomes taller but his right arm also has these threatening-looking claws, a lot similar to the Tyrant.

With T-virus being introduced in the first season of Resident Evil and indirect hints towards the very existence of the Golgotha Virus, we are screaming Lisa Trevor here, like it or not, William Birkin somehow fits the shoe eerily well. But of course, Resident Evil fans will have to wait patiently for season two to confirm things. 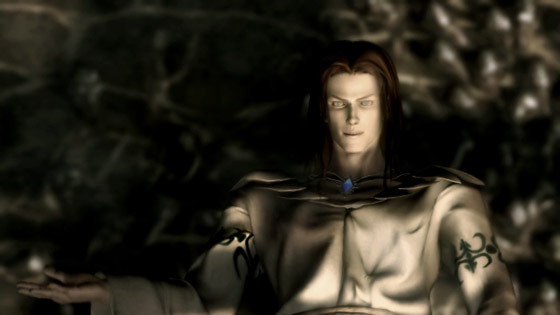 Before we get to his part, it is important for all of us to be on the same page with how episode three, titled The Light, begins. It starts with a PR video for Umbrella stating how the company, which was plagued by legal scandals and falling stock prices is now trying to reconstruct itself with a major push into direct-to-consumer drugs. While the critics believe that the company’s operating at a perilous burn rate, Umbrella’s gambling big on the move and all thanks to the newly minted CEO, Evelyn Marcus.

She is seen talking about her family business while particularly specifying that she is here to turn things around, and unlike her father, who made his share of mistakes, she is quite determined to change the world with the things that the company is presently working on. No points for guessing Evelyn Marcus happens to be the very daughter of Dr. James Marcus, one who certainly does not need an introduction.

Now, we all know Dr. Marcus was one of the founders of Umbrella and the one accountable for the creation of the T-virus. The fact that he was a perfectionist became the primary concern because he became absolutely gripped with his research, which seemed a never-ending process.

So much so, that he literally went to an extent where he started using children, illegally may we add, in his research. We are stressing on children being used as test subjects and subjected to extreme levels of unimaginable horrors. Anyway, post his activities getting exposed, he became a threat to the company, to its very reputation, and as a result was stripped off his share of responsibilities.

But he continued experimenting, which is why James had to be gunned down and his body was later dumped in a nearby treatment plant along with his unwanted specimens. This is where things get interesting; if you remember Queen Leech, the final creation of Dr. Marcus before his death, it was dumped along with the doctor’s corpse.

Of course, it saw the body as its food source and no points for guessing, began to devour it, thereby gaining his memories after it ate the brain. It is only fair to say that Queen Leech, post everything, believed itself to be Dr. Marcus, reanimated by some kind of a seemingly miraculous turn of events. Within a timespan of ten years, it even changed its body shape into that of Dr. Marcus, eventually becoming a hybrid and went on to wreak complete havoc in order to avenge his death.

Now, coming back to the part where it is a possibility that the creature in the tank may be James Marcus, it only makes sense for Evelyn to store her father in the solitary specimen tank and carry ahead his legacy. If you ask us, we are okay with the source being original and a bit of tweaking if needed. But imagine if this actually happens to be the very case, it would be so interesting to see the course of events. Fingers crossed for Resident Evil season two!

Well, with this, we have come to an end of our video. So, who do you think is the creature in the tank that escaped? We would love to know your views. Please do not hesitate to hit us with your thoughts in our comments section. Till then, stay tuned with us for more interesting content on Resident Evil.