Ripout Gameplay Trailer Foreshadows All The Killing To Come In 2022

The first gameplay trailer for Pet Project Games’ upcoming co-op horror FPS Ripout has been revealed. The game is set to release on PC via Steam on February 1, 2022, and looks to be perfect for anyone looking for a few more “stuck in space with monsters vying for your blood” games in their lives.

The plot is set in the 22nd century, and mankind is embarking on an interplanetary revolution, but this new expansion is met with new perils. Alien armies have emerged to wipe humans off the face of the earth. Scientists have devised a cell that regenerates soldiers’ tissue at superhuman speeds as a remedy. Unfortunately, this cell that was supposed to help them develops sentience, transforming the soldiers into terrifying mutants. It’s up to you and your squad to go hunting, armed with the newest biotech weaponry to cope with the mutants that have overtaken the fleet of battleships. 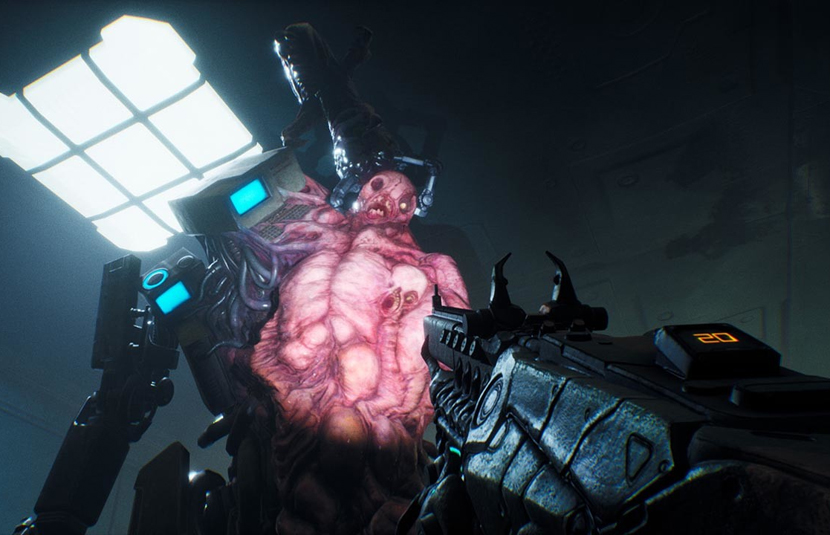 RELATED: Catch A Sneak Peak Into The Gameplay Of The Medium Through Its New Trailer!

One of Ripout’s distinctive features, as the story implies, is the configurable biotech weapon battle, which includes the Living Pet Weapon (LPW). This absorbs advanced technology from downed mutants, including as shield, plasma, and teleportation biotech enhancements, giving your gunplay and gameplay more variation.

Ripout will also include procedurally generated levels, with each mission containing a variety of goals to appeal to gamers of diverse play styles. There’s even a hub ship where you and your pals can relax in between missions while playing 80s arcade mini games and customising your loadout.

Goran Rajsic, lead game designer of Pet Project Games, shared his thoughts saying that they are ecstatic to be able to show Ripout to players in its entirety. The game combines aesthetic and gameplay influences from a variety of genres to create something unique. He hopes that everyone is looking forward to 2022, when they launch the game to the rest of the world.

Check out the gob-smacking trailer below!