Scorn – Everything We Know So Far – A Biopunk Survival Horror

Imagine playing a game where the world is a nightmare of strange patterns and shapes. Its conception depends on the idea of “being launched into the world.”

You will encounter a non-linear exploration of numerous connected locations while feeling alone and disoriented in this surreal world. Each environment has a unique theme, puzzles, and characters that are crucial to creating a seamless world. Today, we will be discussing the upcoming game Scorn. 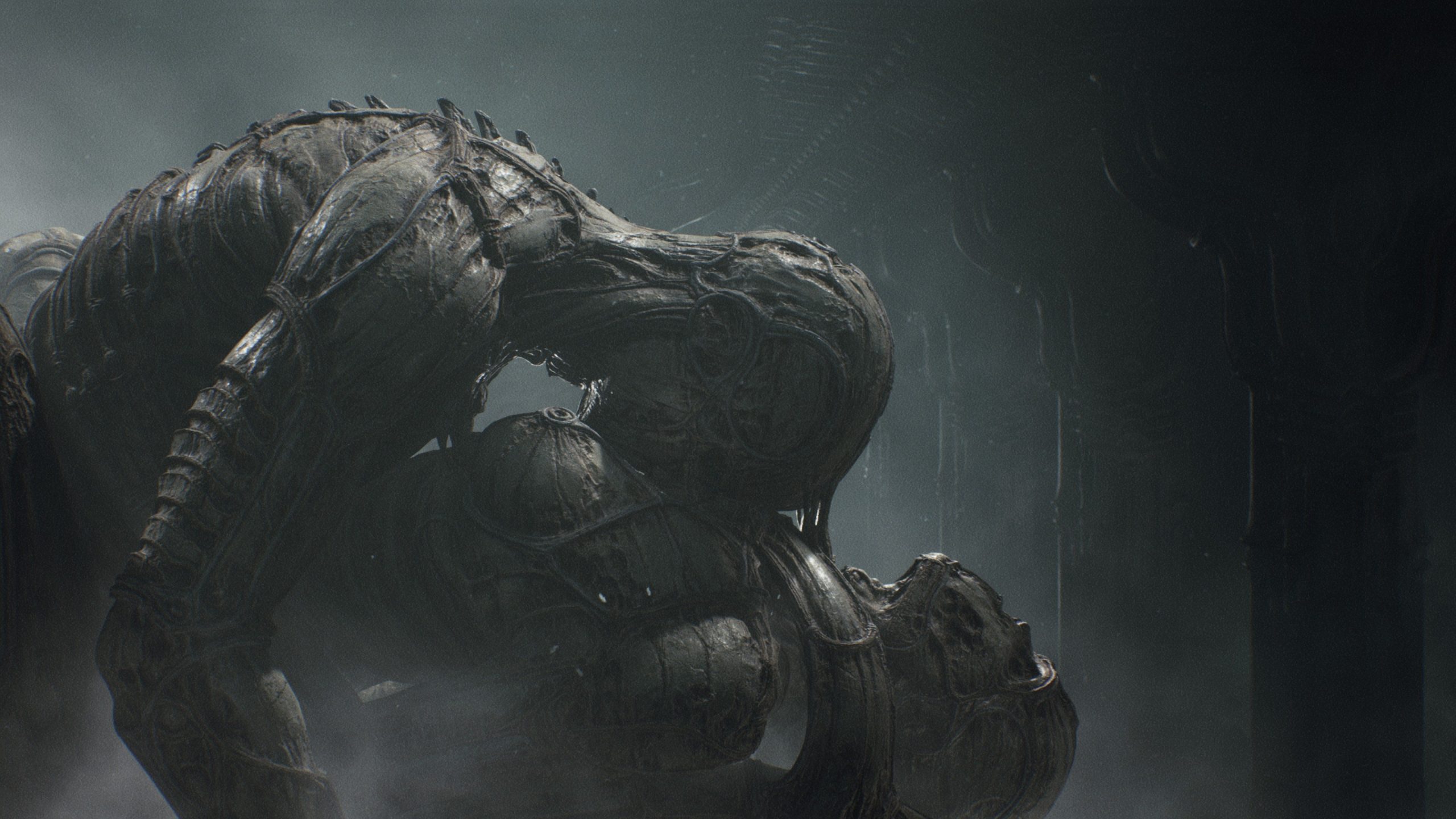 A new first-person horror adventure called “Scorn” takes place in an unsavory unknown environment. The environment of Ebb Software’s game is “a nightmare cosmos of strange forms and melancholy tapestry,” according to the developer. “Scorn” has seen a number of launch delays since it was originally scheduled to debut alongside the Xbox Series X|S.

According to reports, the universe and monsters in “Scorn” were modeled after the work of H. R. Giger, whose horrific and futuristic sculptures combine humans and machines. The newest teaser displays an umbilical cord, bloodied skin, and an abandoned world. As describes a game that borrows heavily from Giger, who also produced the artwork for Alien, it looks adequately bloody and terrifying.

According to the premise, you will control a skinless creature on a terrifying extra-terrestrial world who is equipped with a variety of biotechnological weaponry. According to a recent “hostile” post on Kickstarter that even singled out Cyberpunk 2077 and its creators CD Projekt Red, Ebb Software may have experienced a number of production hurdles. Thanks to the Xbox and Bethesda Games Showcase 2022, we now know a release date and further gameplay for the title Scorn. The creators have already apologized for the post in a series of recent updates.

The game has not yet been released despite having been publicly announced in 2014 and including pre-alpha footage. This is because of financing issues and delays. Scorn’s release date has been moved back to October 21 from its original fall 2021 schedule. Ljubomir Peklar, CEO of Ebb Software, first broke the word that the game is now “75 percent” finished and will formally debut in October, this year.

At the Xbox and Bethesda presentation, the whole release date was revealed. An early prototype form of the player character has now been published on Twitter by a leaker going by the handle Rebs Gaming, offering curious fans a first glimpse at the beast they will be taking on.

The entity “looks lovely yet horrible at the same time,” as one user said in a response to the tweet. With long slots beneath the nose in place of mouths and black sockets in place of eyes, it is undoubtedly an intriguing concept. It’s also critical to keep in consideration that this might not be the final character model, and by the time Scorn debuts this year around Halloween, a lot could have changed.

Scorn’s official launch date of October 21, 2022, was officially confirmed during the Xbox and Bethesda Games Showcase in June, even though it was initially intended to release sometime in 2021 but was subsequently postponed. On Xbox Series X/S and PC, the game will be accessible through Xbox Game Pass, and Ebb Software announced in 2020 that this will be an intermittent exclusivity. Although Scorn will eventually be accessible on Steam and GOG, with no word of PS5, it is unknown when it will be available on other platforms.