Sam Walker’s first picture, Seed, is a masterwork of interplanetary horror from Shudder in 2021. The Seed had its stage premiere at Fantastic Fest in 2021 and was included in the Official Selection of Frightfest London.

The story follows three lifelong friends as they travel to a remote location to view a meteor shower. Even so, we refer to it as the Mojave Desert in this film. There are many Gen-Z moments because two of them are social media influencers.

Even more recognisable and entertaining, it also has the sliminess of 80s horror creatures. The terror is teased in the movie, and man, does it deliver! We will go into great detail about this masterwork in today’s video. 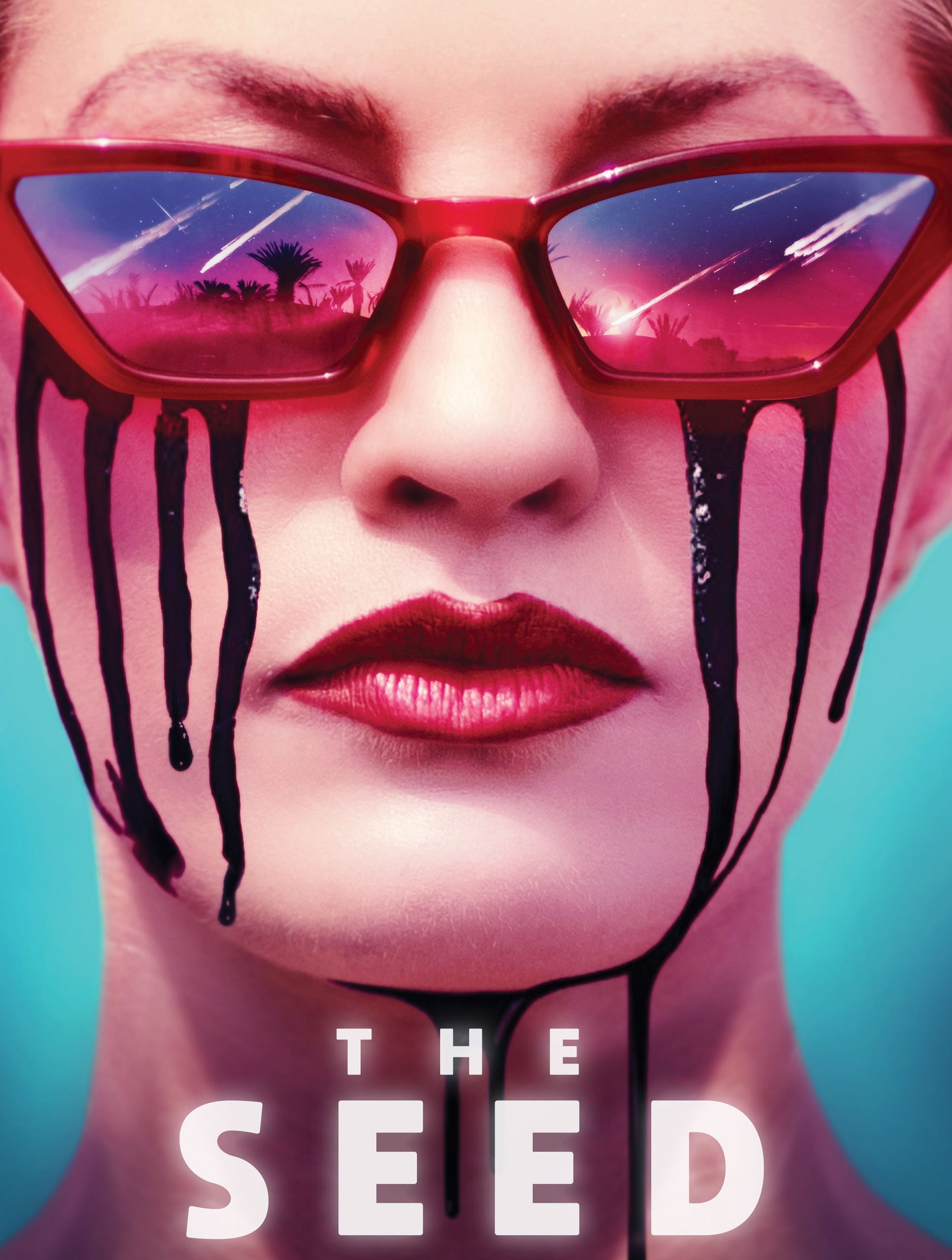 In “The Seed”, three friends—two social media influencers, Deidre and Heather, and Charlotte, who obviously still uses a flip phone—travel to the Mojave Desert for a weekend. They put up at a really lavish mansion that Heather’s father owns. Deidre is ready for a weekend of parties full of alcohol and substances.

The others also join her in the proceedings, and it’s the ideal girls’ weekend getaway in the beginning, making it seem more like a coming-of-age film than a horror movie. But that doesn’t mean things are not going to get messed up soon. The main reason why they are in this beautiful mansion, though, is not to party but to watch a once-in-a-lifetime kind of meteor shower.

This is when all the fun starts, and the story builds up, going from a quirky youth movie to an actual horror film. Due to the meteor shower, their phones stop working. They stop getting any signal or Wi-Fi. Deidre is obviously upset by this, because she wanted to utilize this occasion to expand her influence on social media.

After the shower ends, they stand beside the pool talking when something crashes into the pool, shocking the girls to the core. While the others try to process it, Heather’s first reaction is to get the meteor out because she doesn’t want her father to get upset if he finds out about it. It is a reasonable enough reaction, we guess. So, they recover the meteor that crashed onto the property, only to find a bizarre creature within.

It looks a little like a turtle covered in hardened goo to us. The next day, there is still no internet, and the phones keep acting up in a familiar manner like in most horror films. However, the only difference is the reaction of the girls. Diedre really takes it hard and thinks that the world is going to assume that she is dead just because she hasn’t posted in over 24 hours.

Late, they go to check on the meteor creature and find it missing. They follow its slimy footsteps and find it in the garden. The organism seems to have moulted in a weird way and lost its stony exterior. This is where they meet Brett, the Gardner who works on the property. Since the women are alarmed by the thing, they ask Brett to get rid of it. They even pay him to remove it. He isn’t up for it even then.

So, they use the only other option they can think of. They make Charlotte kiss Brett. However, he is unable to do it and leaves the property with the creature still alive. The main mistake he made seems to be hitting the creature with the shovel. The girls debate whether to kill the monster.

Deidre tries to pressure Charlotte to kill it, but they ultimately decide against it for the time being. Charlotte has quite a bit of a soft spot for creatures, from the looks of it, so she tries to talk to it. In the end, they decide to move the creature away from the property. Turns out they can’t move it because it is too heavy. Once they leave to go have a photoshoot, we see the creature sit up and look.

Later that night, much to Heather’s dismay, Charlotte brings the creature inside because it was crying really loudly outside. She carries the creature inside the house like a baby and then feeds it some milk. The girls discuss the creature once more before deciding that Charlotte and Heather should go to town and locate someone who can remove it. The funny thing is that they use a golf cart sort of vehicle to go to town.

Meanwhile, Diedre tries to feed the creature rat poison. But the monster hypnotizes her instead. Charlotte and Heather are still in search of assistance and human life, so they visit their neighbor Edna’s house. But they find her house abandoned with startling journals on the meteor shower.

Heather gets creeped out by the whole thing and urges Charlotte to leave immediately. When they get back home, Deidre acts weird… and you know the behaviour is suspicious when the social media-obsessed girl, who otherwise keeps watching her weight all the time, doesn’t seem to be bothered by the lack of signal anymore and eats like the world is ending.

Later that night, Heather finds the creature with Diedre. Before she can scream, it hypnotizes her, which makes her join Diedre, as the creature continues to become a blob and absorb them. It seems to have swallowed them whole in what can only be described as a psychedelic sequence of events.

The next morning, Charlotte is terrified by the changing personalities of her pals and the creature’s more threatening behaviour. Her friends are suddenly caring for the creature, putting it on the sofa, and you know, not leaving the house even though they have work after the weekend and they are living with a smelly alien creature.

Charlotte is obviously not up for these shenanigans and goes back to Edna’s house in an attempt to get a car and leave. However, she is unable to do so because there is still no one there. She re-examines the journals in the hopes that she might find something with regard to what happened to Edna.

She then finds evidence that Edna had a similar encounter. In a state of panic, Charlotte runs outdoors and finds Edna’s body rotting. Meanwhile, back at the house, her friends are having weird reactions. Diedre is screaming in the pool while Heather is eating raw eggs straight from the carton!

Charlotte rushes back home and tells the girls what happened to Edna, but they don’t really seem to care. She goes down to the basement where they put the creature to check on it and see what is going on. This is when the creature tries to mesmerize her. It almost seems like it is going to be able to do it, but it is unsuccessful. Charlotte comes back up and asks her friends to leave immediately from here because there is something wrong.

They aren’t ready to give up the alien for some reason, and Diedre starts shouting at Charlotte, calling her selfish. Then, suddenly, Deidre and Heather’s bellies enlarge as if they are pregnant and, their bodies start to shift, their eyes start pouring out black liquid.

They start to vomit the black liquid as well. She sees her friends having seizures due to what is happening to their bodies, and she goes to the basement to kill the thing. However, the moment she gets aggressive with it, the two show up and bash her head against a wall. It then shows her what is actually happening with Diedre and Heather’s bodies. They are actually pregnant with multiple tiny organisms, just like the creature. With great struggle, Charlotte is eventually able to slay the thing by bashing its head with a stick.

But unfortunately, her pals don’t recover after that. They seem to be on the run instead. She eventually manages to kill Heather after chasing both of them outdoors. She then goes in search of Diedre and is about to kill her when a cowboy shows up to stop her. He shoots her just as she is ready to bash Deidre’s head the same way as Heather’s. Next thing we know that she has fainted, and by the time she wakes up, Diedre has killed him.

His guts are hanging out, and Diedre is undergoing a transformation. Her body keeps changing and trying to look like that of the creature with her arm turning into tentacles and her belly just moving with the creature’s seed in it. So, Charlotte does the most humane thing she can for her friend and finishes Deidre off. Just then, Charlotte watches in dread as another meteor shower starts right when she is ready to run away. 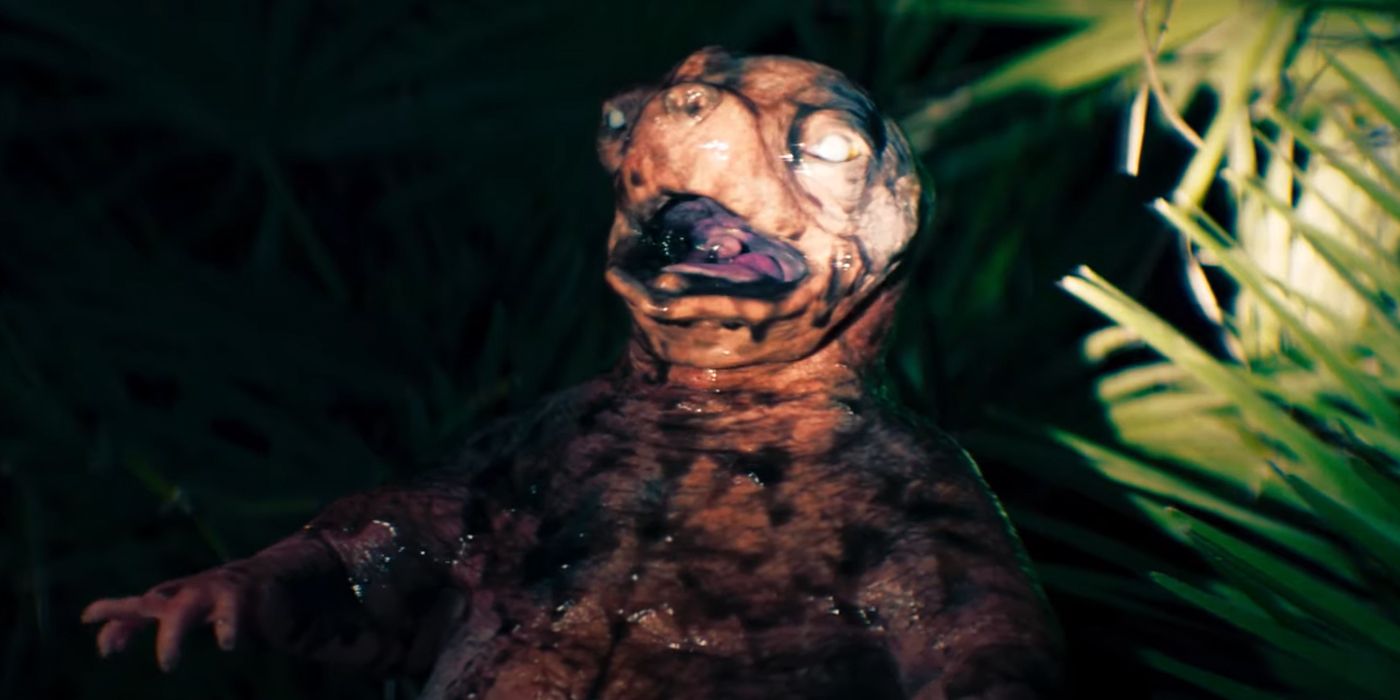 Sam Walker’s gory and funny The Seed is the best option for those who are desiring the pure lunacy of 1980s comedy-horror gorefests, but in modern form with better cinematography. The Seed is straightforward yet powerful in its storytelling.

It is able to evoke nostalgia in a way that rivals the movies it references. This makes The Seed the ideal midnight movie, since it delivers both stunning bodily terror and symbolism. It really owns the body horror genre in it. It is one of the most interesting creature features we have witnessed. It takes its title seriously and shows us an alternate reality where there is a possibility that alien creatures could be spreading their seed. I think it’s a must-watch for creature-feature lovers.