In the United States, the film was released on November 12, 2010. Skyline was a movie office triumph, collecting $68 million worldwide despite scathing reviews from critics.

Beyond Skyline and Skylines are the two sequels to Skyline released in the year 2017 and 202 respectively. O’Donnell wrote and directed both succeeding films, with O’Donnell, the Strause brothers, and Matthew E. Chausse serving as producers. 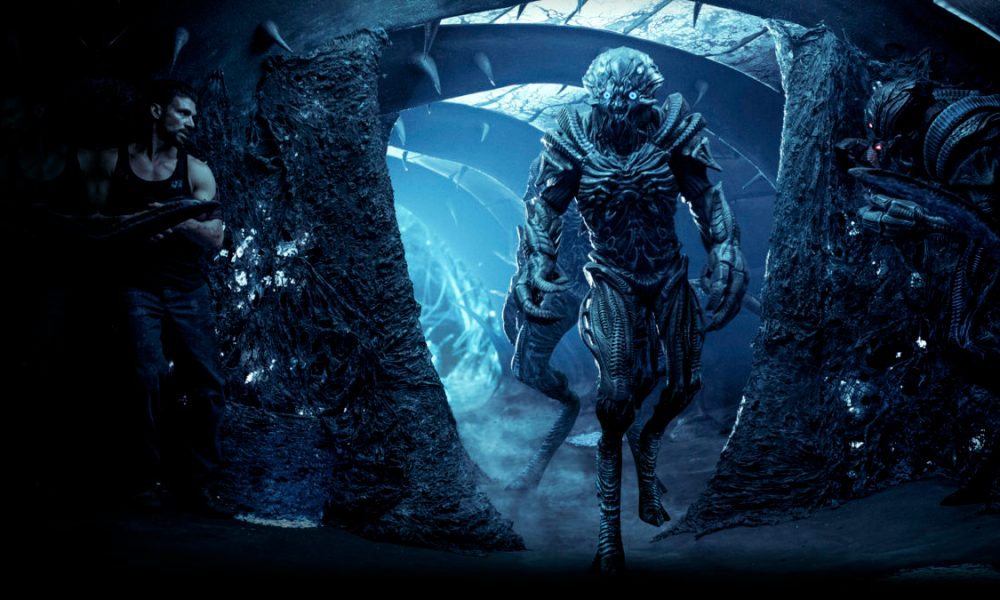 RELATED: An Official Novelisation For Halloween Kills Is On Its Way!

Liam O’Donnell, who wrote the first film and directed the two sequels, recently indicated that a fourth picture is in the works. The filmmaker used to social media to announce that he’d just finished a first draft screenplay for ‘Skyline Radial’, which he describes as a “father/daughter reunion.” While he has three films in the works, he made it known that Radial isn’t one of them. He says he’s not sure how probable it is to be made, but he’s still happy with the tiny victory. And so are we!

Beyond Skyline is definitely my favorite of the bunch but who doesn’t love a good alien invasion movie?Frank Grillo starred in Beyond Skyline as a tough-as-nails investigator on a never-ending mission to save his son from a terrifying alien battleship.

In Skylines, which was the third instalment in the franchise, when a virus threatens to turn the now-earth-dwelling friendly alien hybrids against humans, Captain Rose Corley must lead a squad of elite mercenaries on a mission to the alien world in order to salvage what’s left of humanity.

We can expect another alien film to follow but there are no updates on the production or development process yet.