The Addams Family Is Back – Sequel Poster Revealed!

MGM is bringing back The Addams Family for a sequel to the 2019 animated picture, which is set to be released in time for Halloween this year. We learnt this morning that the official trailer will premiere tomorrow morning, July 7th.

The Addams Family 2, directed by Greg Tiernan, will be released in theatres on October 1, 2021, through MGM’s United Artists Releasing banner. 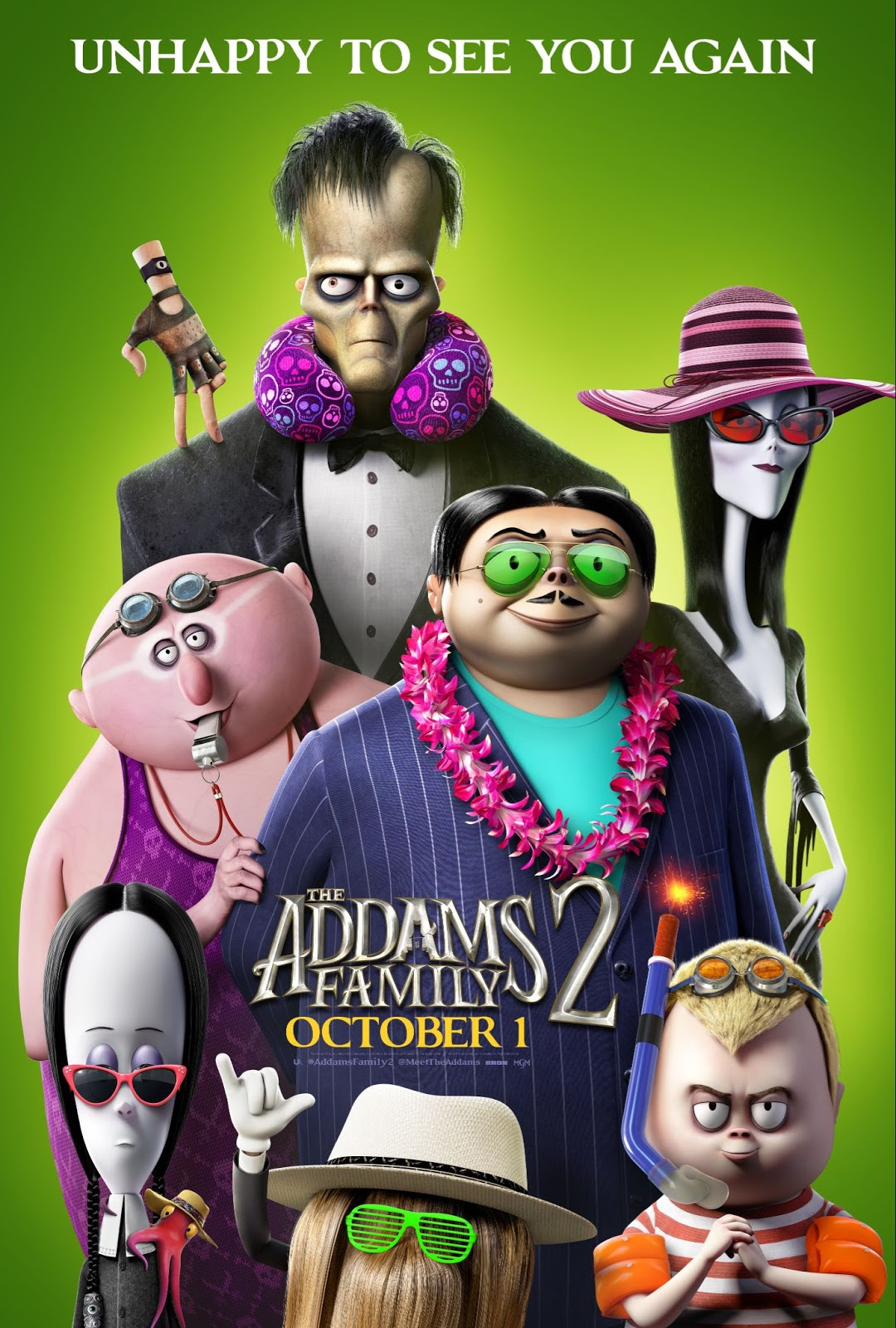 The storyline follows the titular Addams family where Morticia and Gomez are distraught that their children are growing up, skipping family dinners, and being completely consumed by “scream time” in the new film. They plan to jam Wednesday, Pugsley, Uncle Fester, and the rest of the gang went into their haunted camper and hit the road for one final horrible family vacation to recover their relationship. Their journey throughout America puts them out of their comfort zone, resulting in humorous encounters with their famous relative, It, as well as a slew of new people. What’s the worst that might happen?

We can’t wait to catch this family friendly recreation of the much-loved cult horror family, the Addams family.

The poster shows all the members of the Addams family in all their grumpy glory against a green background and also gives us the first look of the new characters that have been added to the cast.

Keep an eye out for the trailer to drop any moment now!