In his 2021 film The Colony, Tim Fehlbaum (0.28 to 0.30) combines science fiction, thriller, and fantasy. At first glance, this may appear to be all sunshine and rainbows, but the film delves into futuristic and dystopian themes, depicting life for humanity when Earth becomes a habitable planet.

When things get tough, what happens? The poor are left out, while the wealthy can afford to feed themselves. In this dystopian universe, the wealthy have left an inhabitable Earth to live on Kepler 209, a distant planet, where they decide to return after two generations because their civilization is going out owing to their inability to reproduce.

When astronauts reach the stratosphere, they encounter angry Mud-people (those who once lived on the earth). Blake, the heroine, works her way through her circumstances, eventually learning about how terribly the Kepler treated the ‘Mud’ people and then taking a stand that would preserve the planet’s remaining population.

For millennia, mankind has abused the world with its wars, diseases, pollution, and unsustainable lifestyle, turning it into a wasteland. The ruling class has fled to Kepler 209 to avoid the consequences, but the unfamiliar environment has progressively rendered them sterile. They decide to return to Earth after two generations because they are unable to reproduce.

A mission to Earth is lost, while a second mission crashes into the stratosphere, leaving only Blake (Nora Arnezeder) and Tucker (Sope Dirisu)(0.08 to 0.09) alive. They discover that the impoverished have managed to survive in the wasteland, but that life expectancy is only about 30 years. 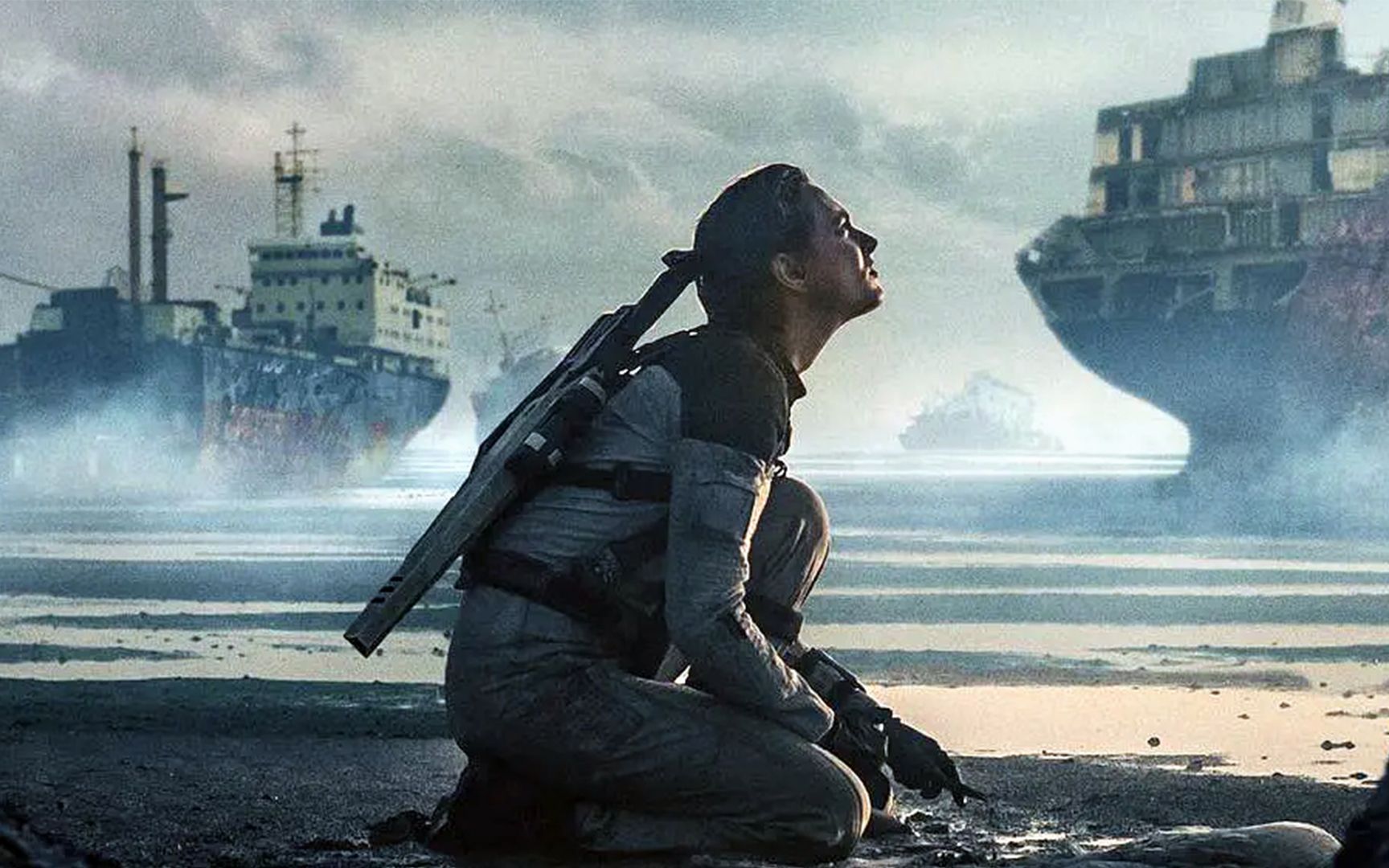 The surviving populace a.k.a the ‘Mud’ people live up to their name as they’re presented like tribes and indigeneous people. Fehlbaum subtly portrays what the evils of classism and colonisation as the Kepler look like a sophisticated group of people while the Mud people are unkempt and rather, ‘uncivilized’.

Following the death of Tucker, Blake allies herself with Maila (Bella Bading) and her mother, Narvik, two Mud-women. As the bigger fishes eat the smaller ones, she learns that they are being pillaged by a larger group of Mud-people who wish to get on the good side of those from Kepler, hoping to reap its benefits. Not only do the people from Kepler wish to recolonize Earth but they also want to take over its resources, once again.

Blake is greeted warmly by Gibson (Iain Glen) and his family. She learns that her father (Sebastian Roché) has died, but she discovers that she has been duped and that her father is still alive thanks to Gibson’s adopted son Neil (Eden Gough). She tries to meet with him quietly, but Gibson informs her about her father’s betrayal of the Kepler for the Mud people. Blake is initially shocked, but as the tale unfolds, she notices how brutally Kepler treats the survivors, particularly the ladies.

She finds out that Gibson has the women locked up and they are subsequently raped for procreation. Meanwhile, Blake finds herself to be fertile once again. Startled by both revelations, she switches her stance and decides to help the survivors and allies with her father.

Paling (Joel Basman), a survivor who has partnered with Kepler, stands in the way of Maila and her mother Narvik being saved. She frees Gibson’s surviving women from his base, while his kid, Neil, is brought to a Hub from where Gibson wants to send Kepler the message of successful conception. When Blake discovers that Neil is her biological brother, she rescues him by tackling Gibson underwater and murdering him. Blake and Neil have a touching talk towards the end of the film.

Why did the Keplers want to return to Earth?

After two generations of survival on Kepler, the ruling elite finds that the climate has rendered them infertile, making procreation impossible. However, they did not want their civilisation to perish, so they sent astronauts to Earth with a technology known as a biometer, which can be used to assess whether or not a person is pregnant. 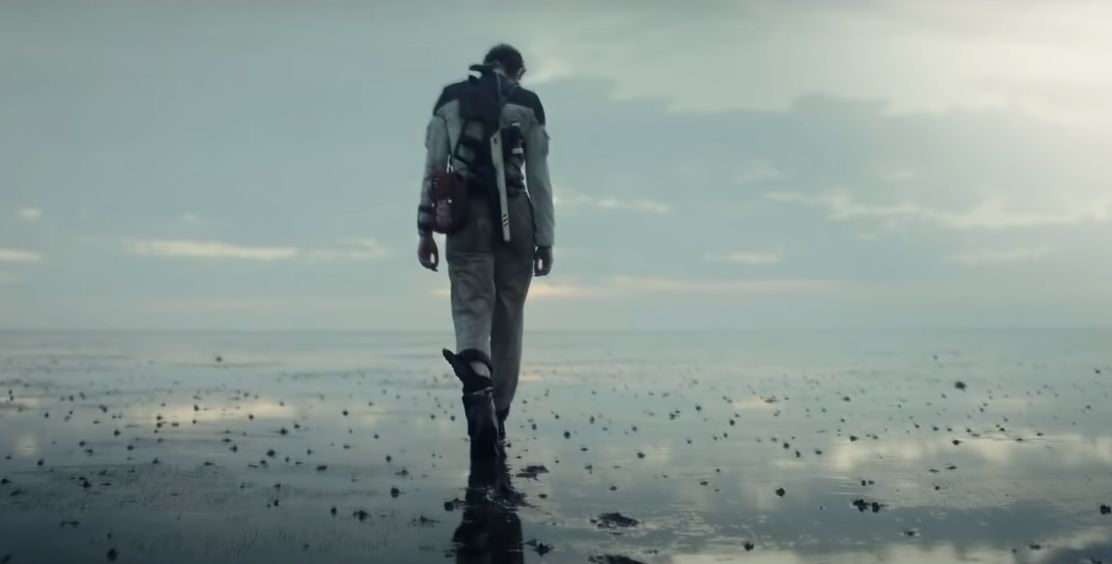 Their agenda was to use the biometer to record their findings and then, via a hub that connects to Kepler, transmit the message to the planet. If they were fertile, the ruling class would once again, return and repopulate the planet. However, their desire did not end there. They wished to exploit the Earth for its resources once again, which basically meant that they would do the same thing that resulted in the planet’s demise.

Blake, the main character, is seen to have a close relationship with her father. He would be the one to teach her about the planet. He’d explain trees, oxygen, fire, and other elements like wind, water, and earth to her. He handed Blake several matches that he had been given by his own father before leaving for his expeditions, requesting her to light one of them as the second moon passed while he did the same. They will meet up again after he lit the last match, he vowed. 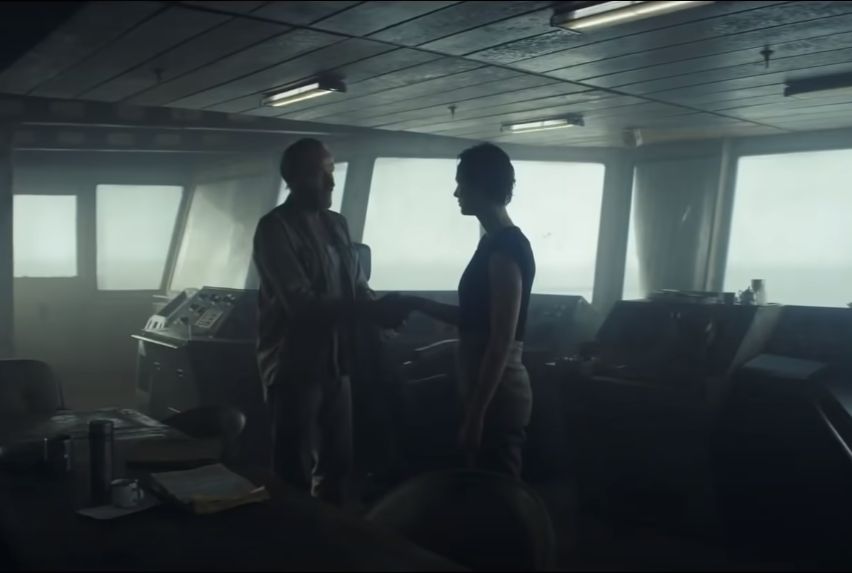 She rejects him for the treachery, but after learning of Kepler’s treatment of the ladies and their actual motives, she follows in her father’s footsteps and decides to liberate the survivors from Gibson.

The audience first meets Neil as Gibson’s adopted child in the film. Munay (Neil’s mother) tells Blake about Neil’s complicated birth and how Gibson saved them over supper. The umbilical cord had become wrapped around Neil’s throat during Munay’s pregnancy, but Gibson discovered her in distress and assisted in the C-section delivery of the infant. He then took care of her wounds and adopted her and her family as his own. Gibson has attempted to turn Neil into his idea of a civilized, upper-class, Kepler even though his mother is one of the survivors. Neil had a secret relationship with Blake’s father, communicating with him through the pipes and sending him ‘gifts’ such as his artworks of sea-creatures. In return, Blake’s father would educate him about the same things he would tell Blake about, such as the trees.

During a climactic moment in the final few minutes of the movie, Neil is held at gunpoint by Gibson himself. This is when Blake learns that Neil is her half-brother. As her father had allegedly fallen in love with a Mud-woman, Blake realizes that Neil is his child with Munay. To stop Neil from being killed, she battles Gibson underwater. She passes down the remaining matchstick she had not lit to Neil near the end.

How does Fehlbaum tackle colonization in The Colony?

Fehlbaum highlights the class disparity between the Keplers and the waste-land survivors, particularly in the scene where Neil is eager to eat a fishball and is promptly chastised by Gibson for eating with his hands, forcing Neil to eat with a knife and fork like a “civilised person.” The theme here is not very black and white because the Keplers formerly inhabited the Earth, yet the Earth did become a wasteland owing to the ruling class’s exploitation.

To make things more apparent, the Keplers wanted to return to Earth and exploit its resources once again, repeating the same cycle as before. Not just that, but, they treated the surviving inhabitants in a ridiculous fashion, using their women to repopulate, including the kids. This acted as the turning point in the movie where Blake decided to switch her allegiance.

The Keplers see the surviving class as inferior people. The survivors do not dress like a group of ‘sophisticated’ people, and they have their own language. They do not speak English. But, we see Gibson trying to Anglicize Neil and discard his original ethnicity as Neil is never seen speaking in his mother tongue.

Even though the ruling elite resided on a planet with an incompatible climate, they had a better life than the Earth’s surviving class, emphasising the disparity between the two groups.

Blake is approached by numerous children who ask her questions about life in Kepler during a sequence in which she meets them via Gibson. There are no trees, lakes, rivers, or natural surroundings. The inhabitants of Kepler can swim in simulations. They dwell in biodomes and breathe through respirators when they leave. A biodome is a structure that scientifically simulates the environment of Earth so that people can live inside without the use of respirators.

It is unknown as to how they were able to sustain the technology necessary for survival for almost two generations without any access to proper resources. Them being the ruling class acts as a plot armor for their sustainability in Kepler but other than that, this is something that felt like a plothole in the story.

Are there other plot holes in The Colony?

Another significant plot hole in the film is the lack of trees. Mankind requires oxygen to survive, which is where trees come in. Assume that the top Keplers had sufficient resources to obtain oxygen for their respiration, but there are no trees on Earth. Despite this, there are residents who do not rely on technology.

The idea of trees is a very prominent one for the plot as Neil growing a tree helps Blake realise that her father is still alive. Towards the end of the movie when Blake and Neil have a heartfelt conversation, they talk about seeing trees on Earth once again.

It’s possible that people have developed their respiratory systems to survive in the current climate as a result of a major change in climate, although such a significant biological transformation appears hard to achieve in only two generations.

The concept of ‘For the Many’ is a major element in Fehlbaum’s novel The Colony. This means that those in Kepler must set their own feelings aside and act in the best interests of the population as a whole for humanity’s survival.

This is first dealt with in Blake’s flashback scene with her father. Throughout several scenes in the movie, the phrase ‘For the Many’ is repeated by many Keplers. Their society is supposedly one that cares less about personal emotional value and more about collective sustainability. However, Blake’s father breaks this when he falls in love with Munay.

Blake carries his torch as she decides to protect Maila and save the other survivors from the Keplers. Her mindset shifts from a brainwashed state of caring about nothing but the ‘many’ to one where she makes her decisions based on her emotional state and finally, puts her first foot forward towards a future that is more humane.