Where To Stream “The Wheel Of Time”?

Robert Jordan’s novel which itself is an overwhelming mixture of culture, name, place has finally been adapted to a series with the same name “The Wheel of Time”. It is an American epic fantasy television series .It is produced by Sony Pictures Television.

The Wheel of Time focuses on Rosamund Pike as Moiraine, a powerful organization (Aes Sedai) of women who can use magic. She takes a group of five young people along with her on a journey around the world. She believes that one of them might be the reincarnation of the Dragon who is estimated to be powerful individual with the aim of either saving the world or destroying it. This blockbuster fantasy series, The Wheel of Time can be an unbeatable answer to Game of Thrones and Witcher adaptation.

The first season set to premiere on November 19, 2021 would be consisting of eight episodes with the release of the first three episodes.  Until December 24, 2021, the remaining five are scheduled to air on a weekly basis. The series was renewed for a second season in May 2021 ahead of the series premiere.

Will the fantasy series “The Wheel of Time” be available on Hulu?

We don’t see any news about the show being aired on Hulu anytime soon. However, we recommend you some fantasy series which you can binge watch which are “The Librarians”, “The Orville”.

What are the chances of the series being available on Netflix?

So far, there’s no buzz about this fantasy flick being released on this platform but we’ve some popular fantasy shows to look upon as in “Lucifer”, “Cursed”.

Can we expect the series “The Wheel of Time” to be on Amazon Prime? 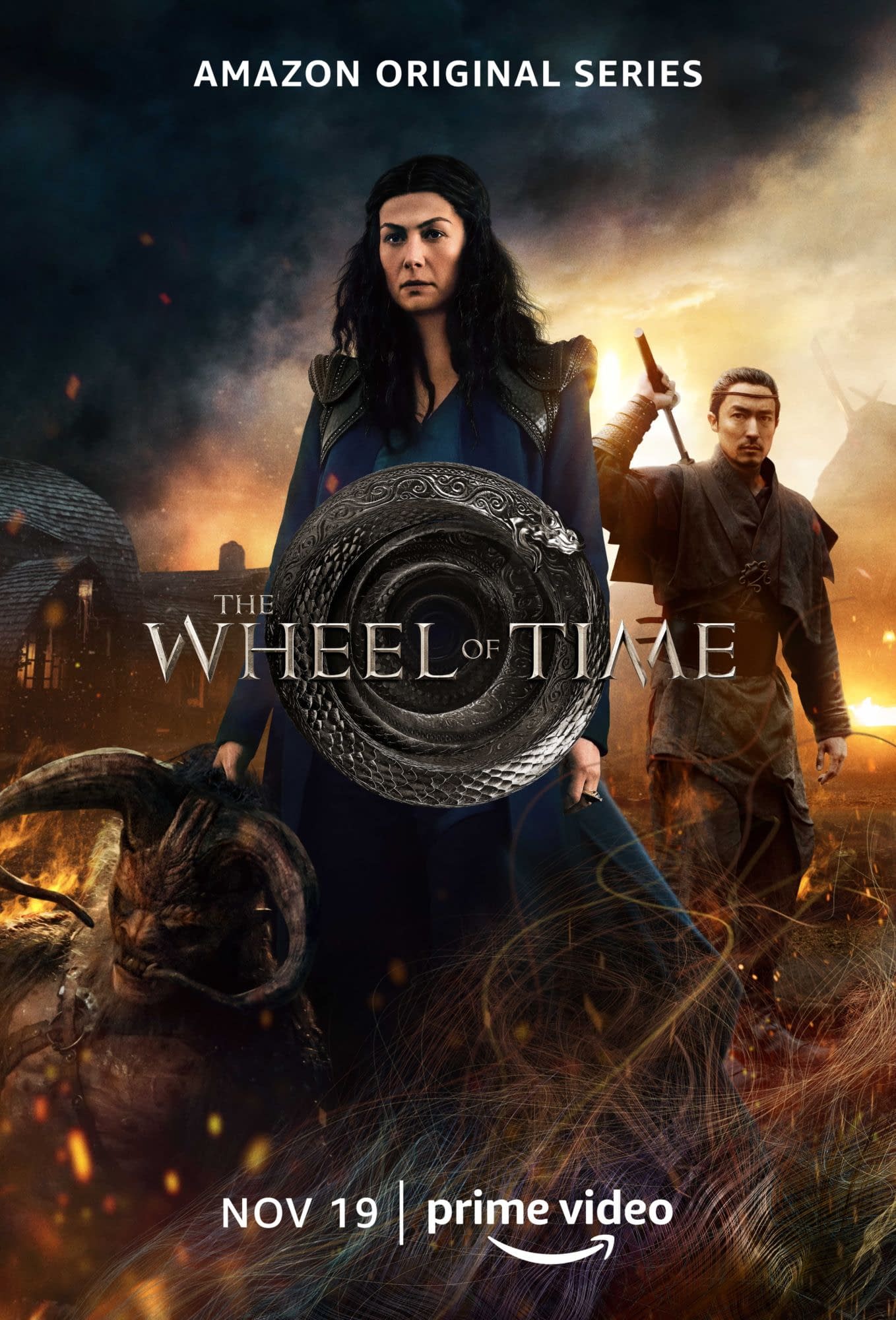 The show is destined to release this breakthrough series on November 19, 2021 on Amazon Prime with Amazon Studios being one of the producers of the show. For one-month Rs 179 is charged under Amazon prime monthly plan, for 3 months under Amazon Prime Quarterly Plan Rs 459 is charged and the 1-year plan is of Rs 1499 which comes under the Amazon Prime Yearly Plan.

Where to watch the series “The Wheel of Time” for free?

Trial period for new Amazon prime subscribers is 30 days or 1 month where neither the quality is compromised nor the fun as because the benefits enjoyed by the new members is same as the paid members. However, paying for the content is something which is less regretful and firmly recommended. Having said that, we suggest our customers to curb the option of streaming illegally and enjoy the amazing content merrily.