New Trailer Is Finally Here For The Witcher: Nightmare Of The Wolf!

Lauren Schmidt Hissrich, the showrunner of The Witcher, created The Witcher: Nightmare of the Wolf. Studio Mir,  famous for working on The Legend of Korra and Voltron: Legendary Defender, did the animation.

The movie follows Vesemir, a brazen young witcher, who enjoys killing monsters for money. Vesemir soon discovers that certain witchering jobs are about more than simply money when a frightening new power develops on the Continent.

The film takes place before the events of the live-action series and will attempt to explain more about the Witcher universe, including how the magically mutated monster hunters are formed. It’ll also give us some background on Vesemir, who will appear in the show’s forthcoming second season, which will premiere in December.

The new trailer for THE WITCHER: NIGHTMARE OF THE WOLF, an animated sequel, is out now. 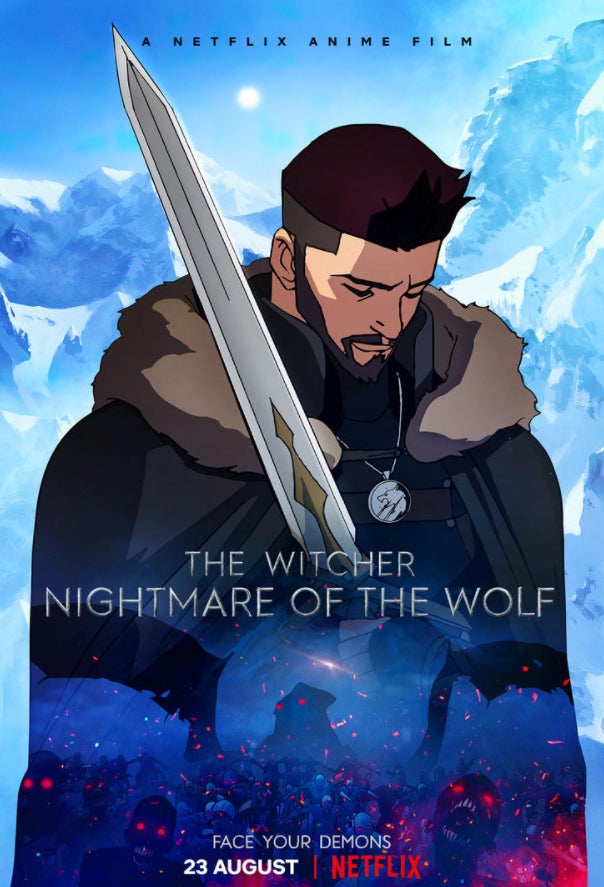 The anime spinoff’s new teaser also shows off a lot more of the expanded Witcher universe, as well as some impressive-looking fight scenes and VFX that would have been far more difficult to produce in the live-action series.The trailer features a lot of action and hunting for monsters which brings us right back to the world introduced to us by the Geralt of Rivia.It focuses on the charming heroism of its protagonist, Vesemir, Geralt’s mentor.

The new video follows a shorter teaser published earlier this month and arrives only a few weeks before the animated film’s release on August 23rd.