New Horror Anthology, Bad Candy Is On Its Way!

Takashi Shimizu’s terrifying Howling Village has now been released on VOD by DREAD, Epic Pictures’ horror distribution arm. And, while this one was fantastic, we’re already looking forward to telling you about the next one!

When Bad Candy hits select theatres on September 10th, fans of Halloween-themed horror anthologies will swoon. The film will be released on VOD on September 14th, with a physical release on September 28th!

Chilly Billy, well known for playing Corey Taylor of Slipknot and Paul who is also known for playing Zach Galligan of Gremlins recount a twisted anthology of horrifying local folklore on Halloween night in New Salem. It is based on local Halloween legends as well as lessons acquired in the community. The residents of the little town have terrifying paranormal encounters that end in tragedy. Most people in this small town will perish, but will a few good souls survive? 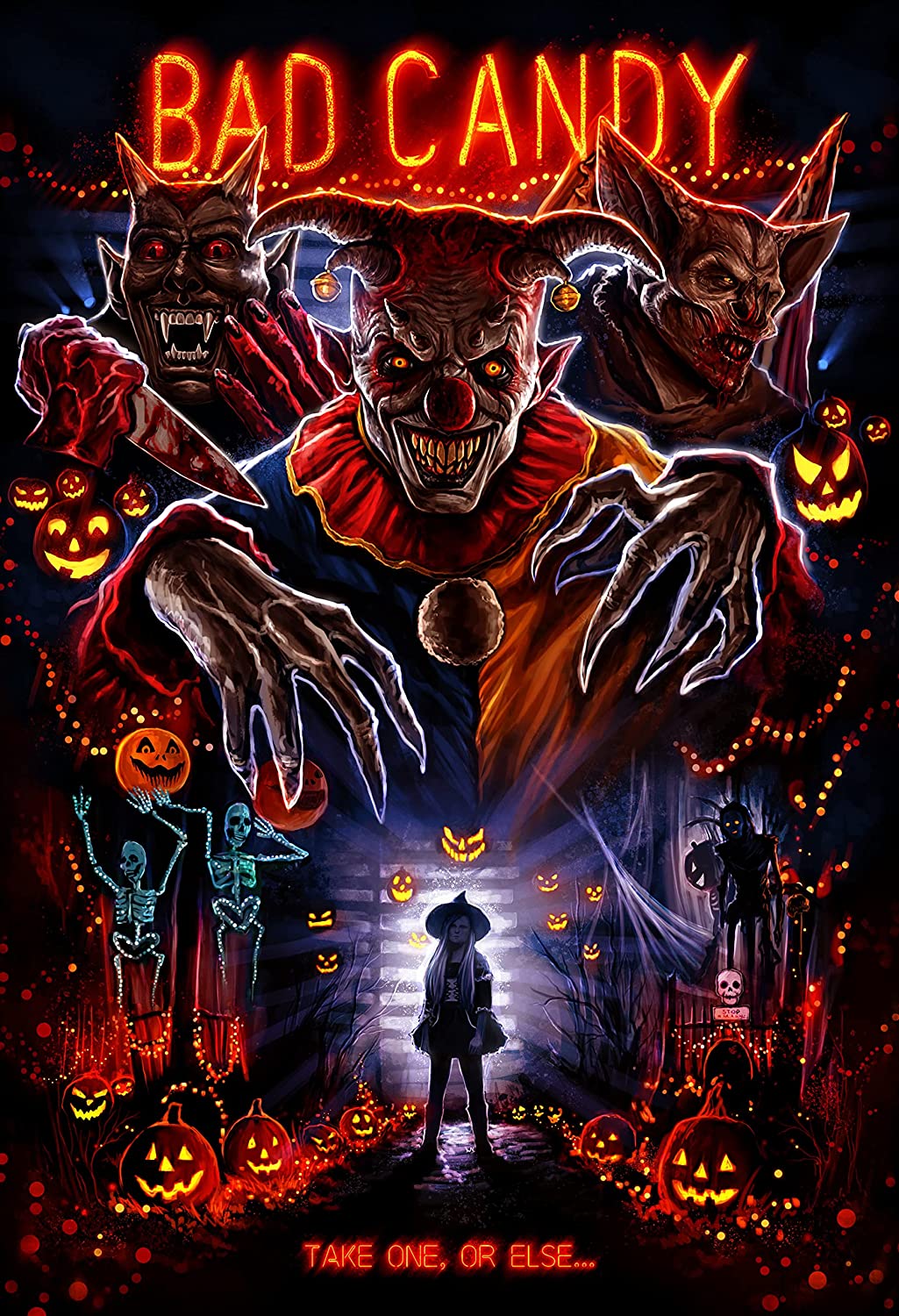 It’s difficult to stand out in the sea of horror anthologies, but Digital Thunderdome’s Bad Candy is a true late-night horror fan’s anthology. As a result, it’s been seen at a slew of film festivals.

Scott B. Hansen and Desiree Connell wrote and directed Bad Candy. Zach Galligan known for Gremlins, Derek Russo, known for Loki, and Corey Taylor of Slipknot feature in the film. As long-time readers of Dread Central know, I’m a major fan of “The Knot,” so Taylor’s inclusion in the film is quite exciting!

Bad Candy hooks you with DJ Chilly Billy’s pleasant vibes before swiftly transporting you to a dark place with a “sweet kick in the face.” A menacing and eerie soundtrack complements the ferocious and violent deaths. The cinematography elevates the plot and elevates it to the next level. The reviews have been all around positive so far!